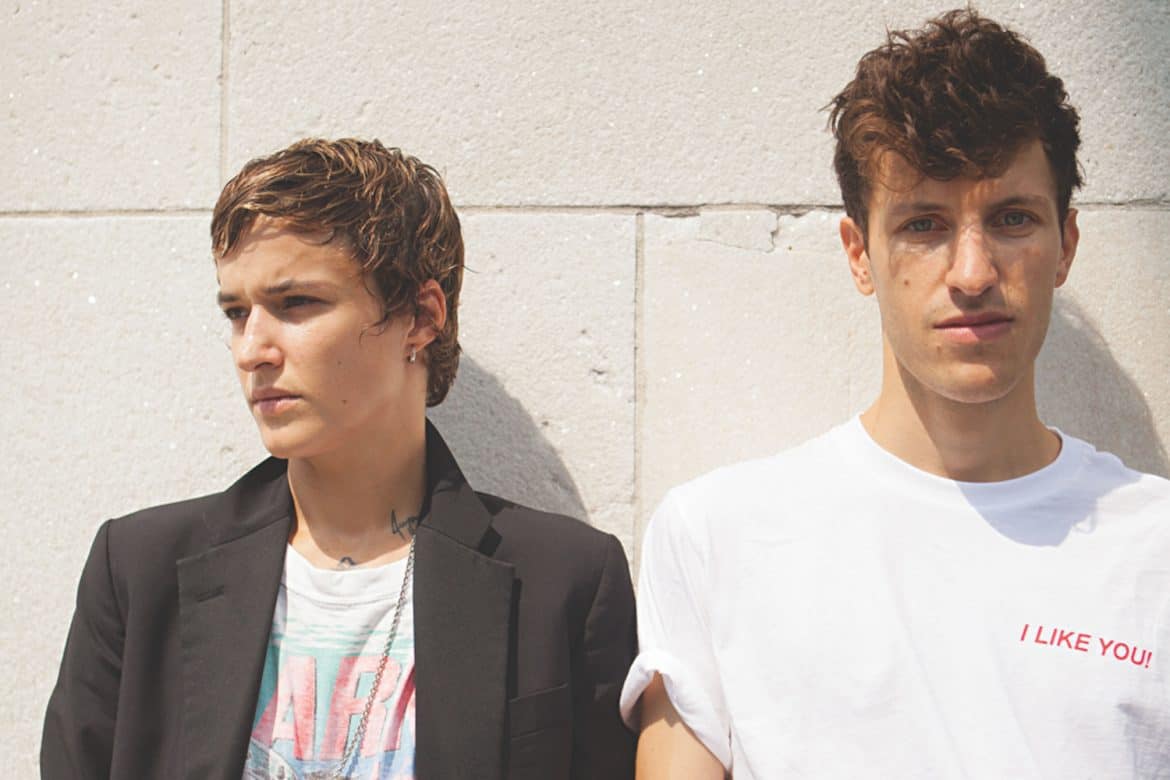 The “it” DJ duo at Fashion Weeks around the world are Agathe Mougin and Wladimir Schall, who have spun at parties for Chanel, Coach, Dior — and recently at the Fashion Media Awards’ official after-party with Zadig & Voltaire at the Park Hyatt. The bicontinental pair tell us how they got together and which future musical superstars we should really tune into, ASAP.

When did you two meet?
Wladimir Schall: We met 10 years ago in the tiniest smoking room of a techno club in Paris. We spoke to each other after realizing it was the third night in a row we were together in this space. I asked her for a cigarette. She said no the first two nights, and on the third, she relented and we became friends.

How would you describe your relationship?
Schall: We’re very good friends, but we don’t see each other as much as we used to. Our careers have taken us in different directions, but we still meet somewhere on the planet at least once a month to DJ together. We share a love of Japanese food.
Agathe Mougin: We complete each other. Wlad and I have different tastes, which I like. He feeds me with a lot of new things that opens my horizon.

What’s a typical set like for you?
Schall: We don’t have a typical set! Our style is constantly evolving. We try not to get stuck in any particular genre or sound.

Wlad, what was your professional background before deciding to focus on this full-time?
Schall: I was working with [sound director] Michel Gaubert on fashion show soundtracks, and composing music and creating sound installations. I still do that, but as a solo musician/sound designer.

What have been your most memorable parties to play?
Schall: We DJ’d in a church in Paris with a massive sound system last year.

Where do you both live?
Schall: I live [among] Paris, NYC, and Warsaw, but I travel almost every week for work.
Mougin: I’m based in Paris, but I travel a lot, too. I wish I could spend more time in NYC, but I visit about three to four times per year.

What else do you have on tap for Fashion Month?
Schall: I’m working on show music in NYC, Milan, and Paris. We will reunite in Paris to DJ for the Paris Opera season-opening gala and some other Fashion Week parties. I’m also releasing a vinyl record of my music.
Mougin: I will go to some shows, and I’m getting my motorcycle license when I get back to Paris.

Who should we be listening to right now?
Schall: Holly Herndon and Decisive Pink.
Mougin: Twin Shadow’s “Canine.”

How do you typically discover new music?
Schall: The Internet is a dark and magical place for that. Like real life, it’s about knowing the good people.

Talk us through your interests outside of music, please!
Schall: Mushroom hunting and playing chess.
Mougin: Cinema, playing pool, and snowboarding.

Who are some of your favorite DJs?
Schall: Silent Entertainment DJ Collective.
Mougin: Anyone who makes me want to dance!