A Priceless Conversation with Arthur Elgort On The Problem with Magazines Today, Instagram, and The Golden Age of Fashion 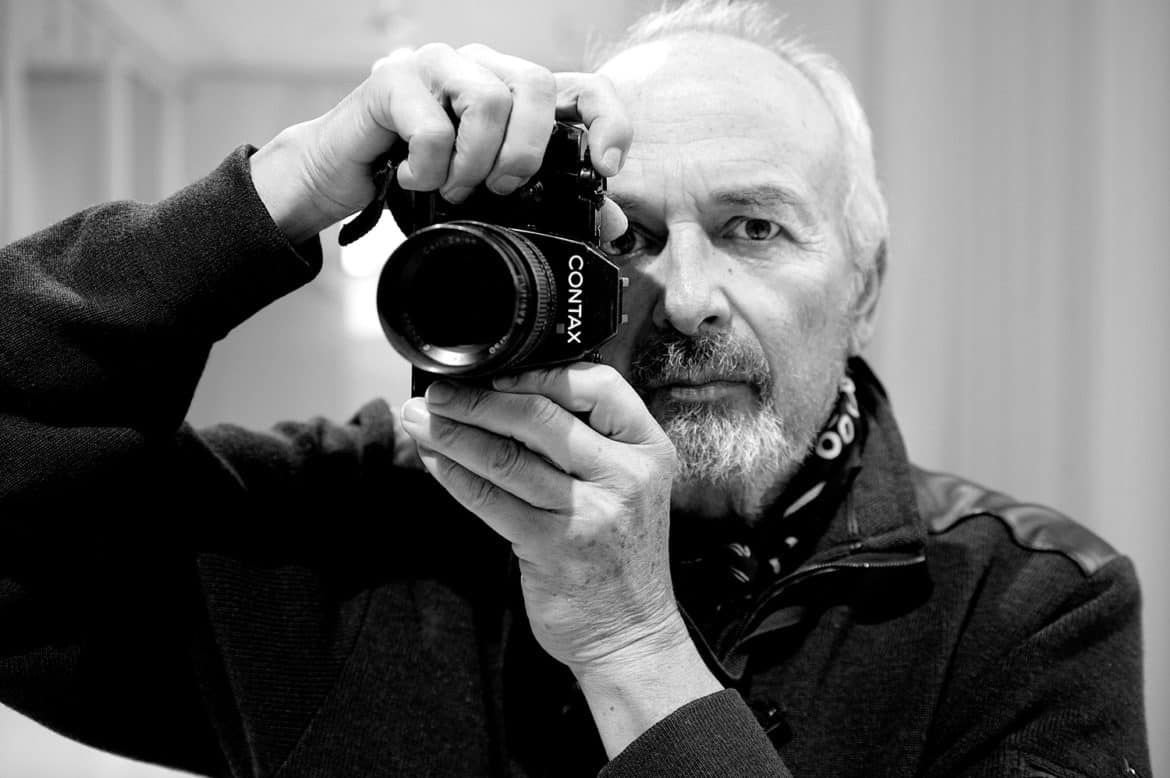 Legendary photographer Arthur Elgort was behind the camera in what some consider a golden era of fashion. Still curious and still shooting each and every day, the 81-year-old looks back on some of the most memorable days of his celebrated career.

How did you first get into photography?
I was a painter at Hunter College because the school didn’t like photography. The head of the department didn’t think photography was good. I was a good painter, but I wanted to draw something real, not abstract. I started photography on my own and stuck with it. I’m still doing it. The school ended up giving me a doctorate many years later, and I felt good about that.

How did you learn your craft?
I learned it on my own. I read books and photo magazines. I worked in a restaurant at the time and had money, not a lot, but I bought a Nikon camera. Before I knew it, I bought a Rollei. Before my children were born, I bought cameras for them so they would become photographers as well. [Elgort’s children] Sophie and Warren are both [professional] photographers. Ansel’s not a photographer, but he’s very good at it. They all like it today. I felt good about that. They’re getting better than me. Especially in digital. We used to use film. Remember film? I don’t mind digital at all. It’s pretty good. Especially in low light.

Tell us about Freddy’s 411, the restaurant you worked at.
It was a gay restaurant, but you didn’t have to be gay to go in there. The guys would bring their mothers there because it was a nice place with good food. It was right near where Marc Jacobs’ bookstore [Bookmarc] is today. I worked there for three years, and then I made one mistake. I answered the phone and I was told to come in, but I had a date with a girl to go ice-skating. They said if I didn’t come in that I would be fired. Then I was fired. 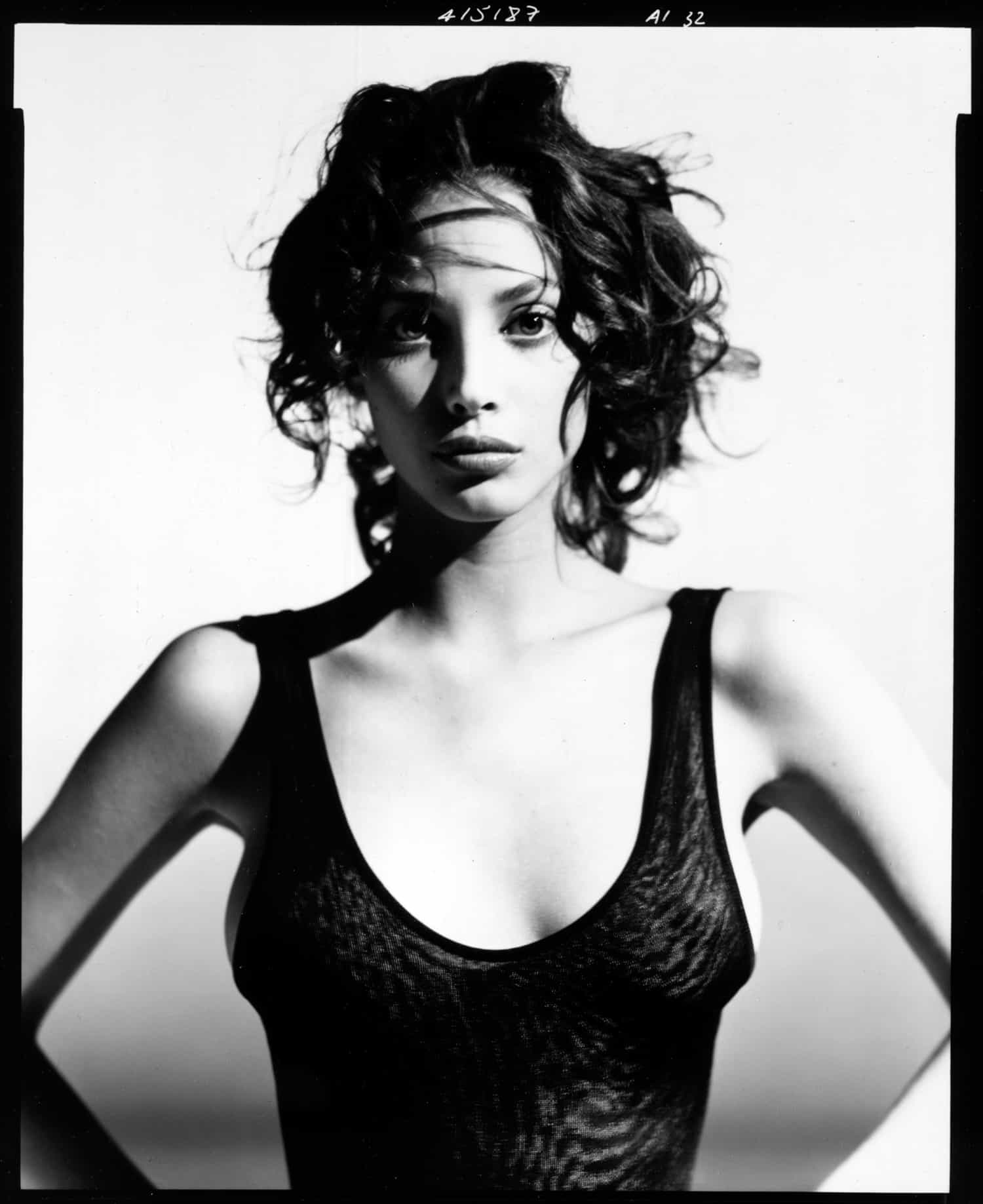 It probably worked out for the best.
I’m still enjoying photography today. I take a picture every day. I like girls better than boys [to photograph], but don’t tell anybody! You look at my Instagram and it’s mainly girls. Warren and Ansel are good subjects. Especially Ansel. He’s a genius. He has [the film] West Side Story coming out later this year. That’s a big deal. He sings beautifully. Not as good as Frank Sinatra, but he has the same kind of voice.

How did you end up in fashion photography?
I started as a ballet photographer, but I realized I was giving the prints away and losing money. My brother Bob suggested I do fashion. I thought, maybe that’s a good idea. The first job I got was for McCall’s magazine, which I think is gone, and then Mademoiselle. I then started working for Vogue. Polly Mellen was my editor. Now, she’s 97 years old and she’s gotten even sharper. She didn’t become senile. At 97, I’d be senile for sure. I’m 81, but I’m still working!

You worked with Cindy Crawford and Christy Turlington when they were first starting out. What was that era like?
The business had the money then. They don’t pay much anymore. They paid a lot and trusted you. Cindy had a good tone. When I met Christy, they said they have much better, but I said I’ll stick with Christy Turlington. I pick good models. I don’t always get the first picture of them, but just about. There’s still good models now, like Karlie Kloss. I used a lot of Black models. Naomi [Campbell] was good. I was very friendly with Azzedine Alaïa and Karl Lagerfeld. They were a big deal at the time. Legends. 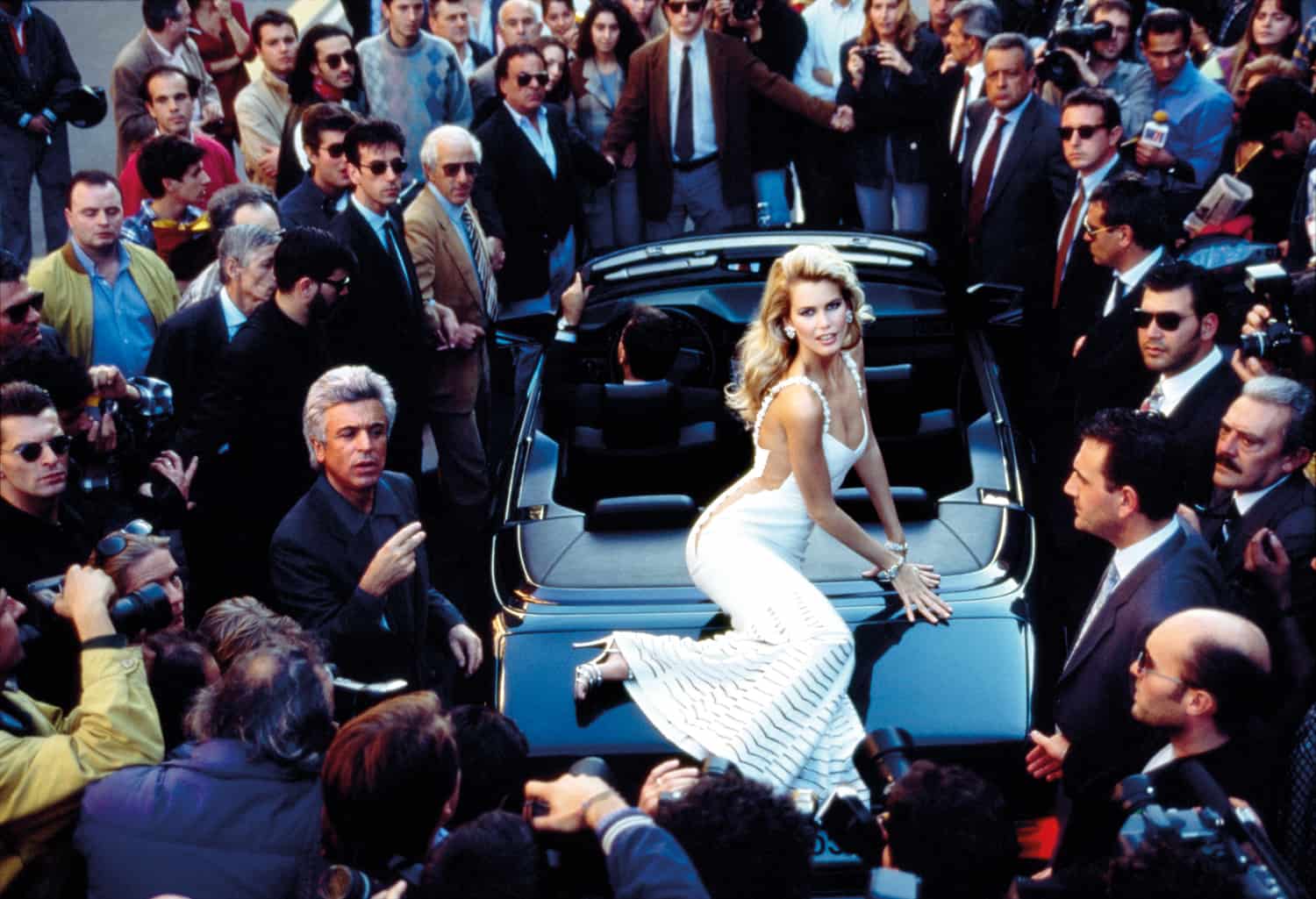 Do you look back on that time as a golden era in fashion?
Yeah! Because of the money! If you work for British Vogue or French Vogue, you don’t get paid well, but you make it. That’s why I did books. I have 11 books out now on jazz, ballet, cameras. That’s my hobby. I was lucky because I wasn’t good at anything else. I didn’t know anything about finances. I still don’t.

What shoots are you most proud of?
When I went to China. First, I went there with Nancy Kissinger, who was not a model. She was a dignitary. I then went back with Linda Evangelista, who is a miracle model. Then I went to Russia a lot with Christy. We wore red [for a shoot] because of Gorbachev, who was kind of a nice guy. Putin, I’m not sure!

What do you think of magazines these days?
They could be better. It’s the end of the magazines because they don’t have the money and the printing is lousy. Now when you work for Anna Wintour, you don’t make any money. Before you could buy a loft, now you can buy maybe a sandwich.

What was it like working with Anna Wintour and Grace Coddington?
Grace is marvelous. She has style. Anna was wonderful because she believed in Grace. Now it’s different. They don’t have the money. British Vogue doesn’t have money, but they do nice things. I did a lot of pictures for Edward [Enninful]. I wish I did more. Sometimes they think I’m too old. But I don’t think I’m old at all. I don’t think old. 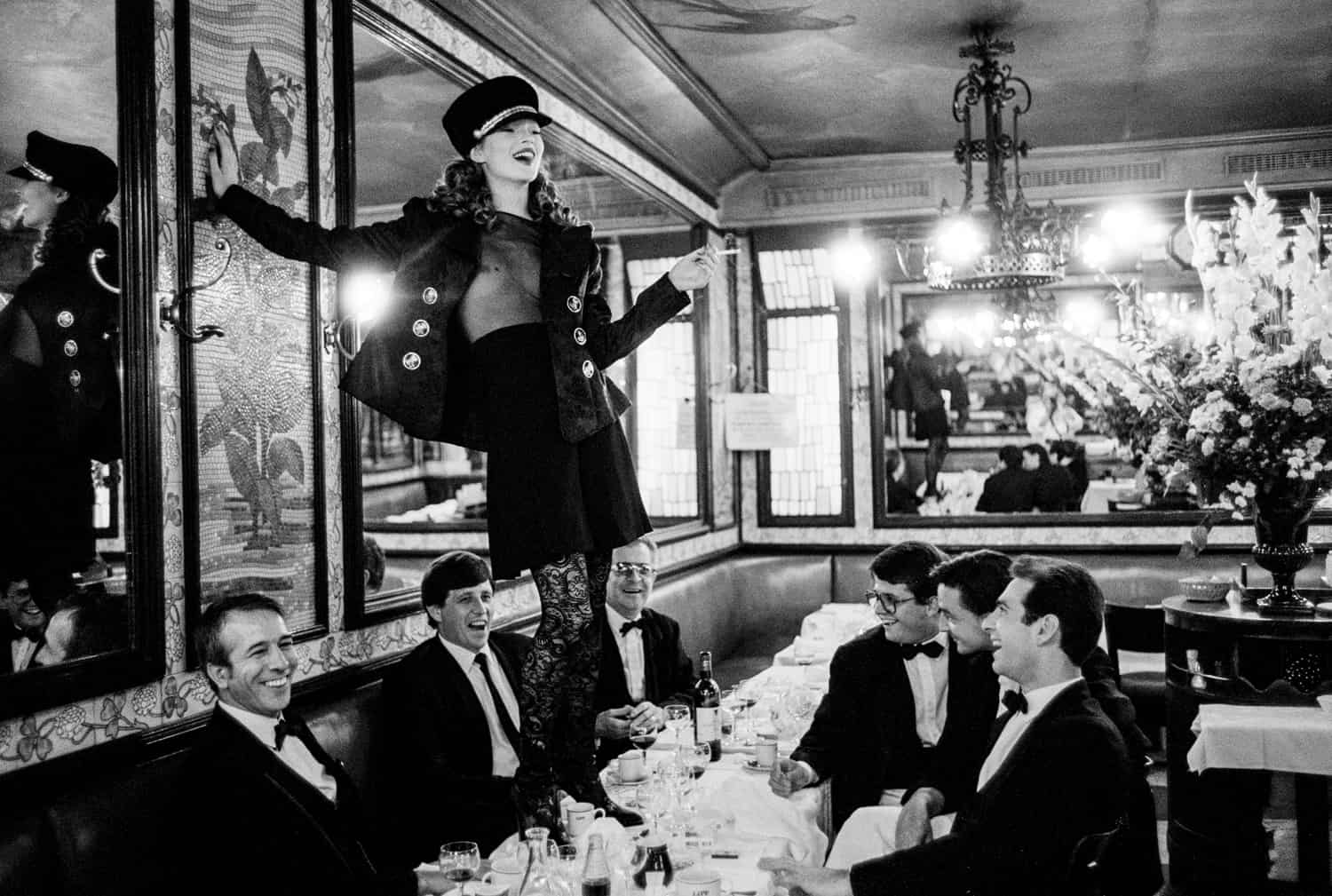 Do you think age discrimination exists in fashion?
Sure. When you’re 80, they’re gonna give another guy a chance. Sometimes they’ll call me up and ask me to do a jumping picture with someone like Fran Summers. I think she’s just as good as Suzy Parker. We still get good models. We don’t pay them much for editorial.

What do you think of Instagram?
I like it. If you look at my Instagram today, you have my photo of [former model] Dayle Haddon there. She was marvelous. I have good relationships with models. I didn’t do anything bad. I didn’t flirt with them or whatever. I was just there to take their pictures, so I didn’t get into trouble. A lot of people now get into get into trouble. Even nice guys. Peter Lindbergh was nice, but he died because he worked too much. 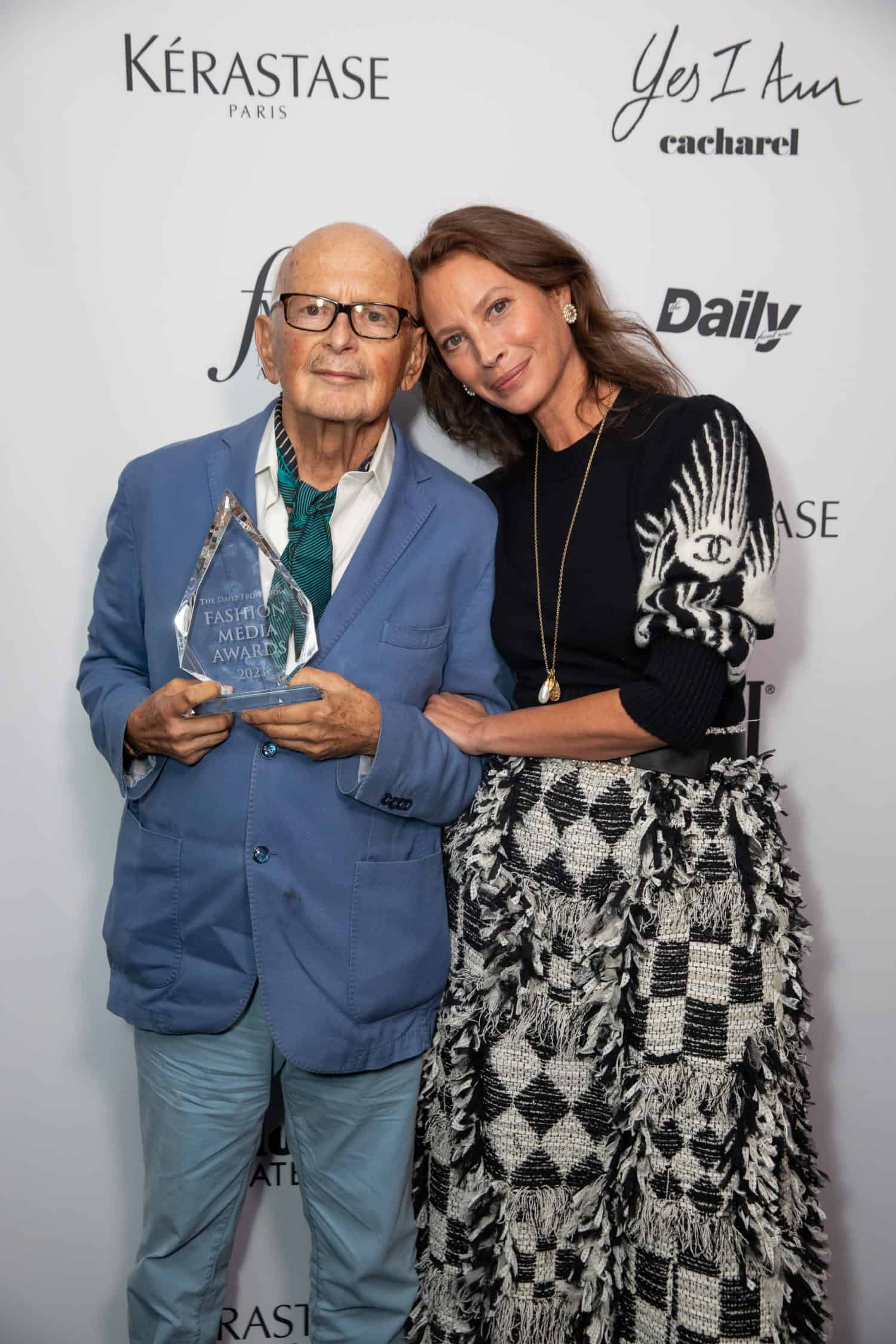 How do you want to be remembered?
You better ask my kids. I don’t know. I think I did a good job. I feel good about it.

Is your philosophy still that you’ll retire when you’re dead?
Yeah. I would say I’m going to take pictures until I die, which is nice. I must say I have good subjects. Even my kids are wonderful. I’m lucky.

Meet The Designers Of The Selects Showroom, Part Two: EYEYE, HANKIM, And WNDERKAMMER