A Moment with … Adam Lippes 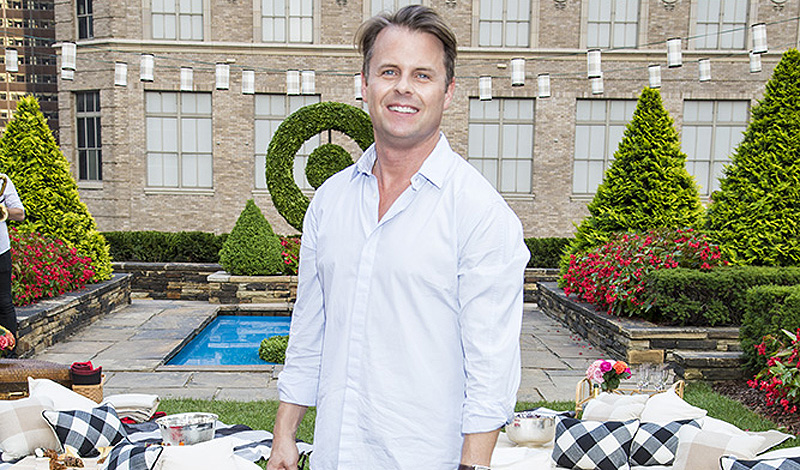 Last eve, we caught up with Adam Lippes, the latest designer to collaborate with Target for a limited edition collection, at the duo’s picnic-style summer fête. The Rockefeller Center rooftop digs were decked out in plaid, which makes perfect sense considering the collection’s theme is “plaid takeover.” Attendees, who included Zanna Roberts Rassi, Something Navy’s Arielle Nachmani, Francisco Costa, and Mickey Boardman, sipped champagne and nibbled on cheese platters, and, of course, got a sneak peak of the 50-plus items that will hit stores September 27th. Here’s what Adam had to say about the collab, plus what he’s been up to this summer.

What made you want to collaborate with Target?
Target came to me in December and had this idea of turning the entire store plaid. They asked me if I’d be interested in collaborating on a a buffalo plaid collection—I’ve always loved what Target’s done. They’ve always done it right and I’ve always been intrigued with how they do it. Buffalo plaid is also really true to me as a designer, so I was like, “Yeah, I’d love to!” It’s now developed into men’s, women’s, and home.
Why is plaid true to you as a designer?
I really feel that if I can be defined in one way, I’m an American sportswear designer. To me, plaid is really true to that; it’s true to both the American and British fashion lexicons, so I love working with it. It never feels forced. The question, however, was figuring out how we were going to work with it—and we did!
Tell us about what inspired the collection.
I have a house in the Berkshires, which is in southwestern Massachusetts. It’s quintessentially American. I knew I wanted to be inspired by that refined country lifestyle, so that helped us create the mood board, the coloration, and the fabrication.
What kind of exposure does working with a brand like Target give you?
We haven’t launched yet, but I can’t imagine! It’s going to be in 1,500 stores with supporting marketing, print, TV, you name it. They’re not kidding around! It’s funny because the design process was the same as with my own collection, but the marketing is on a whole other level!
You worked for Oscar de la Renta for a decade. What do you think of @OscarPRGirl giving up her Twitter throne?
I didn’t follow the account, but I did know she had a lot of followers. Hopefully someone will take over!
Have you done any traveling this summer?
Yes! I just got back from Greece. It was amazing. What’s not to like about the Greek islands? I spent three days in Athens; the last time I was there was when I was 20! Going to see the same sites with a little different mindset was kind of moving, actually. I also went to Mykonos.
Did you run into anyone you know? So many fashion people have been going!
Yes, I spent a couple of evenings with Peter Dundas and his partner. But I left before Bryan Atwood and his whole crew came. Three days in Mykonos was enough!
Any other end of summer plans?
We have a collection September 12th, so I’m finishing that up. I’ll also be in Southampton tomorrow for a trunk show at Cristina Cuomo’s house. Then traveling for business next week. I’m staying focused!
If you could tap into any other industry, what would it be?
Hotel design. I’d love to do that. I’m not an architect, but I think collaborating with one and working on interiors would be great.
What’s your favorite hotel in the world?
Any Amman hotel is at the top of the list. And the Upper House in Hong Kong is amazing.

The Daily Roundup: A New App To Transform Modeling Biz, Bib + Tuck To Shut Down

Reed Krakoff to Make a Comeback