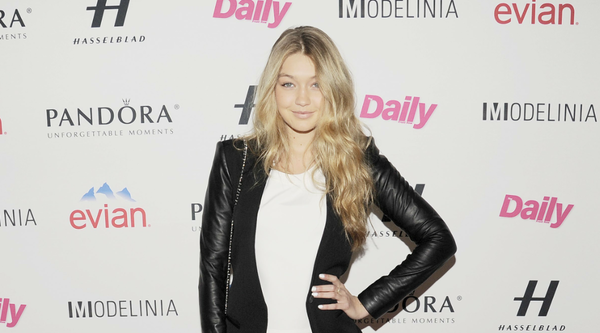 (NEW YORK) Calling all mod aficionados! The Daily‘s inaugural Model Issue got fêted with Modelinia Friday at Harlow. The model–to–normal people ratio skewed toward the former. The Daily’s president, Paul Turcotte, and stellar photog, Nigel Barker, introduced the Models Hall of Fame, debuting next year.  “When you think of every era, they’ve all been defined by a model. We need to celebrate these women!” said Nigel Barker to the chic crowd. Hydration was provided by Evian, Hasselblad set up a photo station, and Pandora baubles were on display. “I’ve never met a model I didn’t like!” Patrick McMullan told us, in between snapping shots of the stunners on the premises. As for the myriad of mods swanning around Harlow’s gorge premises for the occasion? Martha Hunt, Crystal Renn, Lydia Hearst, Selita Ebanks, Cory Bond, Julie Henderson, Arlenis Sosa, and must-watch newbie Gigi Hadid. Other stylish folks in attendance included IMG’s Ivan Bart, George Wayne, Hal Rubenstein, Scott Lipps, Luis Fernandez, and Nick Gruber. Scrumptious nibbles were passed around, including some of Harlow’s haute bestsellers, like tender bites of salmon. Delicious! Until next year’s mod-saturated shindig, darlings.

PLUS! Our fave bon mots from the bash…

Getting To Know…Gigi Hadid
Everyone’s buzzing about you! Is it ever overwhelming?
It’s surreal! I’ll stay calm all day and then get home and scream into my pillow because I’m so excited.

How was your recent CR shoot with Bruce Weber?
I got the best vibes from him right away. Bruce is one of the nicest people. It’s crazy that someone that successful is still so warm-hearted.

Whose career do you want to emulate?
Kate Upton. Her body is just incredible. She’s killing it!

Haute Crushes! With Marjorie Gubelmann
How do you feel about mods?
I looooove models! Obviously, male models in their skivvies are great.

Who are your fave hommes?
I’m a huge fan of R.J. King and Cory Bond. I would volunteer willingly to be a dresser backstage with those boys.

How would you fare on the catwalk?
It would have to be full coverage, with large, expensive jewelry. Hundreds and hundreds of karats!

Late Nights! With Joe Zee
What’s your fash week curfew?
When I get hungry, it’s time to go.

What’s your late-night meal?
Something terrible, greasy, and quick. I’m a burgers-and-fries guy.

Candid On Canines! With Lydia Hearst
What’s new, beyond Fash Week?
Well, the Westminster Dog Show is going on right now! I’m actually bouncing between the two: My mom is showing a French bulldog.

Has your mom won before?
In 2009, one of my mom’s dogs won ‘best bitch.’ Maybe she’ll win again this time around!

Olympics Obsessed! With George Wayne
Are you into the games?
I made a scrapbook about the 1976 Montreal Olympics when I was a kid! I haven’t been to the Olympics yet. My biggest dream is to live in the Olympics media village.

Why do you love mods?
Without models there is no fashion. Modeling is the greatest job in the world, if you can get it!