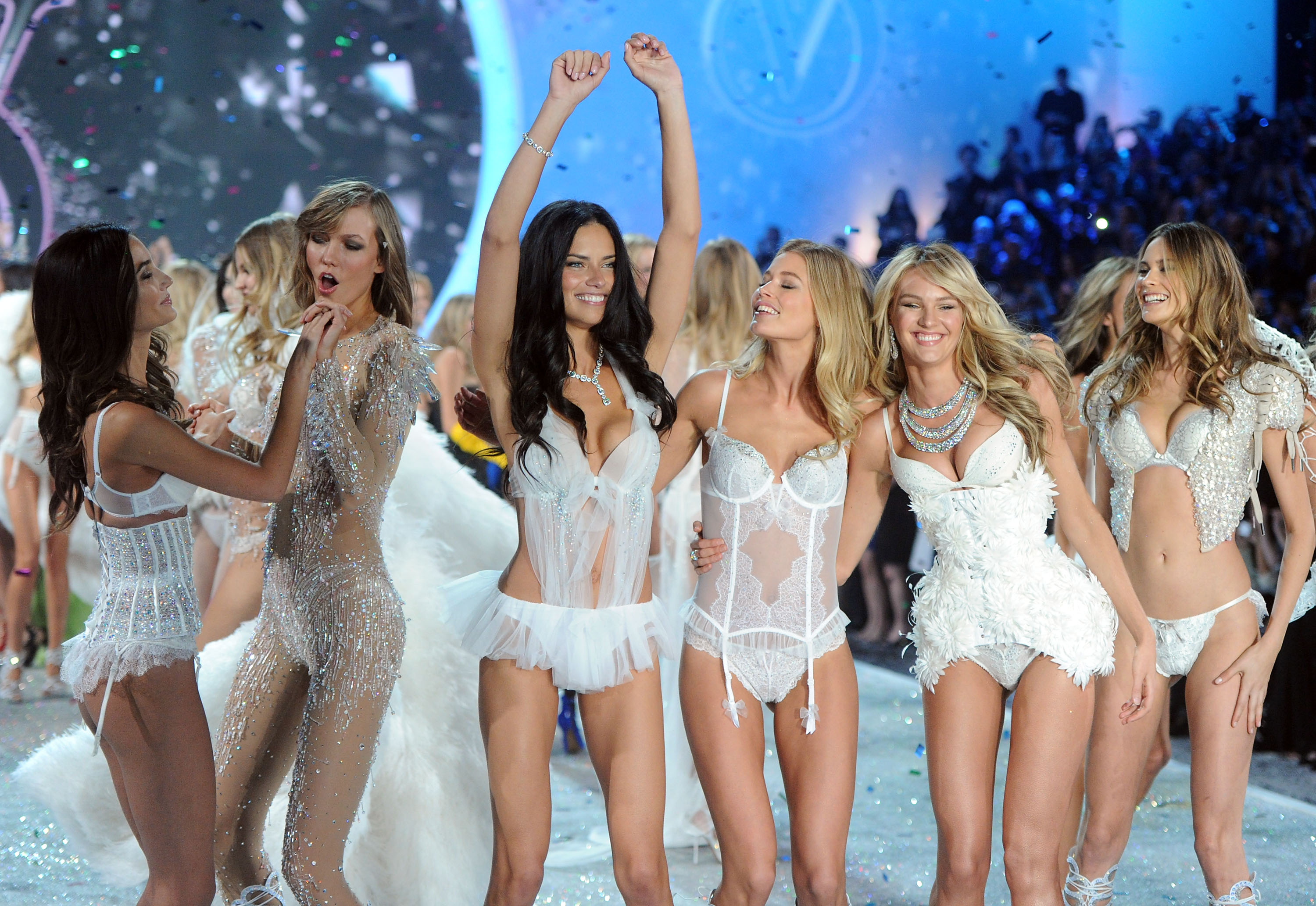 Victoria’s Secret’s list of models walking in their London based show next month, is well, no longer a secret. The Angels returning this year include (surprise, surprise!) Adriana Lima and Alessandra Ambrosio, who will both be sporting the “Fantasy Bra” on the catwalk, plus Behati Prinsloo, Candice Swanepoel, Douzten Kroes, and Karlie Kloss. (It appears Miranda Kerr is officially retired.) The other mods who will be walking across the pond include Devon Windsor, Blanca Padilla, Jac Jagaciak, Romee Strijd, Jasmine Tookes, Kelly Gale, Jourdan Dunn, Cindy Bruna, Josephine Skriver, Elsa Hosk, Maria Borges, Bregje Heinen, Maud Welzen, Barbara Fialho, Daniela Braga, and Imaan Hammam. No sign of Kendall Jenner on this list, which surprises us a bit after her takeover during fashion month and mainstream popularity. The VS show airs Tuesday, December 9th on CBS and will air in approximately 200 countries. We have no doubt that Leonardo DiCaprio has already set his DVR.