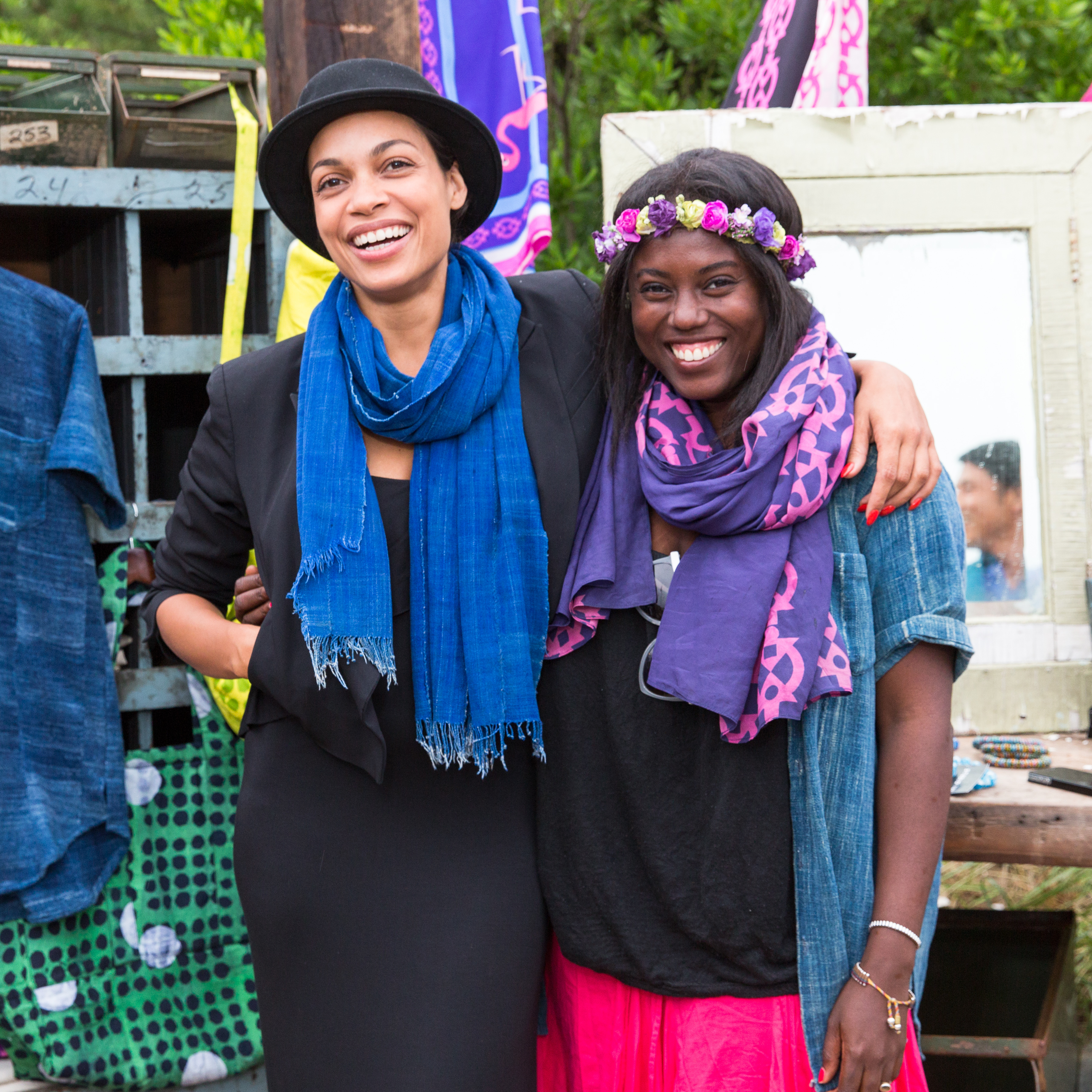 This weekend, we caught up with Rosario Dawson and Abrima Erwiah, the founding duo behind Studio One Eighty Nine, a social enterprise that provides a platform to help promote and curate African and African-inspired content thorough their e-commerce shopping site. The duo filled us in on how the project started, their pop-up shop at The Surf Lodge, and more…

How did you two meet?
Abrima: We started Studio One Eighty Nine a few years ago. Rosario and I took a trip to the Congo; she sits on the board of an organization called V-Day, which is dedicated to stopping violence against women in rape. I was working at Bottega Veneta as the global associate marketing director at the time and Rosario was working on her film and other projects. It was just a really powerful trip that we took where we met all of these amazing women who have been through so many different situations, so it was really powerful for us to see all of the crafts, fashion and things they were making. We knew this was something we could really do together.

Tell us about the platform!
Abrima: Studio One Eighty Nine is a platform for different artisans to create products and then bring them into the value chain. We do these mud cloths and Indigo from Mali, and we make an artisan collection in our factory in Ghana. We also work with communities that specialize in different traditional techniques. Being here at our pop-up shop in Montauk together adds to our cycle. It’s great to see a very different target audience being able to experience Studio One Eighty Nine.
Rosario: It’s also so fun to collaborate with different communities to create one collection. When we put all of their work together, it allows them to grow, show, and express themselves. It’s really beautiful! That’s what I’m excited about every time. The pieces in our collection are so easy to add on; you don’t need to change your entire wardrobe.

Is this your first fashion foray, Rosario?
Rosario: No, I’ve actually designed a couple of things over the years for characters I’ve portrayed. I also designed my prom dress! This was the first time I’ve done something for social impact through a company. This idea of saying ‘You have something’ and ‘I have something’ and putting those two things together allows us both to rise. That’s why we use the hashtag #FashionRising.

Where do you guys look for inspiration?
Rosario: Every collection has a different set of sources that serve as inspiration. We were really motivated by photographs in the last collection. For this collection, I’d seen a documentary about pimentos in Africa and their whole process. It was so stunning. Also just being at my house in Venice Beach is inspiring. I love being by the water. I’m not even really a beach person, but I love the water. There’s also a symbol that we keep bringing it into our collections in different ways: an Adrinka symbol that means “Help me and let me help you.” That’s the basis of our line!

What made you guys want to open a pop-up shop at Surf Lodge?
Abrima: It was a great opportunity! It’s really cool to travel to different destinations. We’re really inspired about globally connecting the dots. We were just in Italy where we did a pop-up shop in Sicily, and we were also in Brussels. Now to be home in New York and in Montauk is great. It feels right!

Rosario, do you come out East often?
Rosario: Well, since I don’t live in New York anymore I don’t come out as often, but when I’m here and get a chance to come out, I do! It’s not as frequent as it used to be though. We have friends out here which is fun. It’s a little more of a trek to come out and find a nice beach in New York than it is in L.A.; I live three blocks away from the beach in Venice. This is a perfect meld of two of my favorite things: Studio One Eighty Nine and then hanging out with my friends and family here in Montauk. This does not suck! 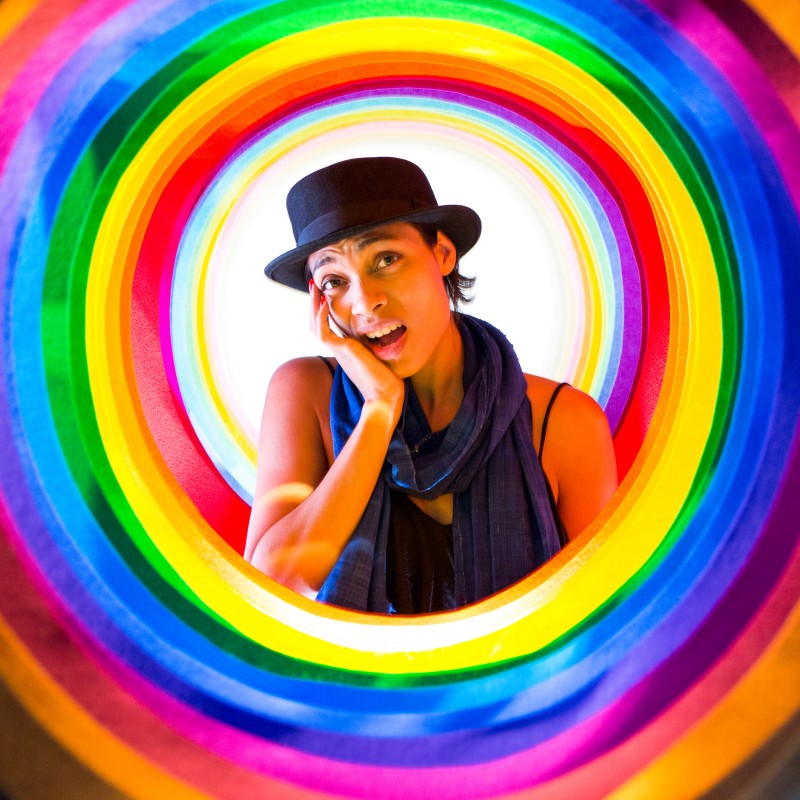