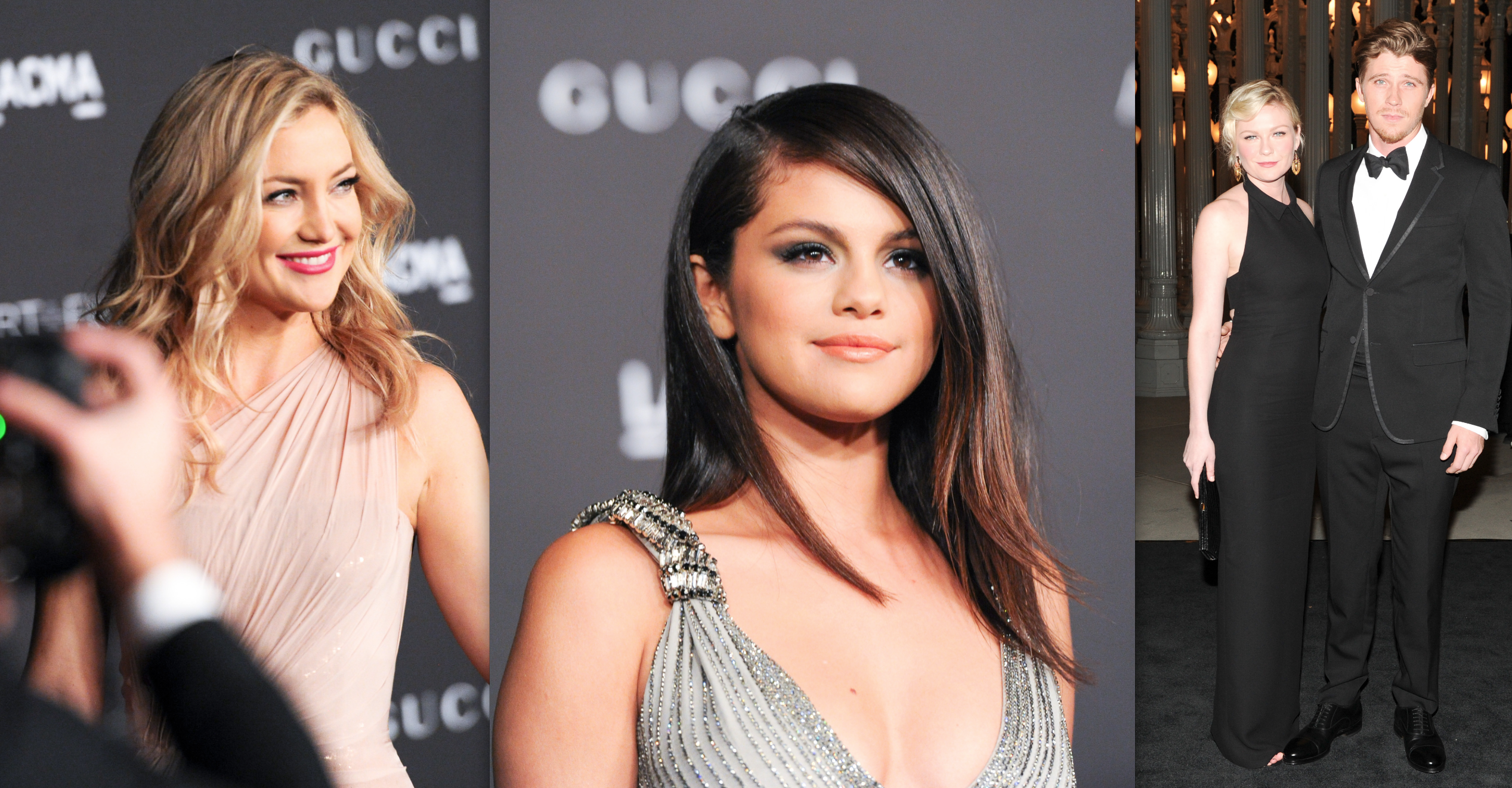 L.A.’s unofficial fashion week wound down on Saturday night, with Gucci presenting the Los Angeles County Musuem of Art’s (LACMA) fourth annual Art+Film gala. Co-chaired by LACMA trustee Eva Chow and Leonardo DiCaprio, with Gucci creative director Frida Giannini as the gala’s host committee chair, the evening honored artist Barbara Kruger and filmmaker Quentin Tarantino. Who went? Does EVERYBODY count as an answer? The eve brought out Jennifer Lopez, Amy Adams, Cindy Crawford, Jeremy Scott, Kim and Kanye, Jamie Foxx, Selena Gomez, Kate Hudson, Florence Welch, Kristen Dunst, James Franco, Cara Delevingne, Inez van Lamsweerde and Vinoodh Matadin…we could go on and on and on. The entertainment for the night was Boy George and his old pals from Culture Club, who reunited on stage to perform their classic tunes “Do You Really Want to Hurt Me” and “Karma Chameleon” for West Coasters, who raised nearly $4 million at the gala. While we’re on the subject of LACMA, on our recent jaunt to L.A. we checked out their recently opened “Hollywood Costume Exhibition” which is definitely one to be seen. They’ve gathered classic costumes from Indiana Jones, Moulin Rouge, Mary Poppins, Titantic, and even found a temporary home for Dorothy’s ruby red slippers from The Wizard of Oz. The exhibition is up until March 2, 2015. Be sure to grab a drinky at Ray’s and Stark bar afterwards.

Valentino Couture, Coming Soon To A City Near You