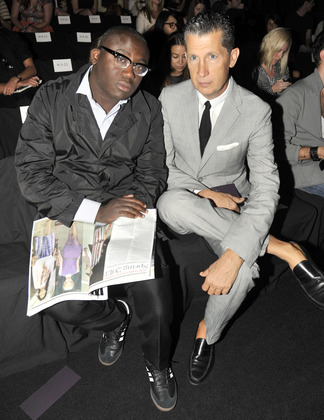 It’s not clear what show W Magazine’s beloved fashion and style director Edward Enninful was at today in Paris when he took to Twitter to write: “If all my (white) counterparts are seated in the front row, why should I be expected to take 2nd row? racism? xoxo” The tweet caused an uproar and was retweeted by Joan Smalls and Naomi Campbell. Enninful also wrote: “25 years in the industry and STILL fighting xoxo” He followed up a few hours later telling followers that he didn’t sit second row after all and thanked those who came to his defense for their “kind” words.