Wiig-ing Out Over 'Girl Most Likely' 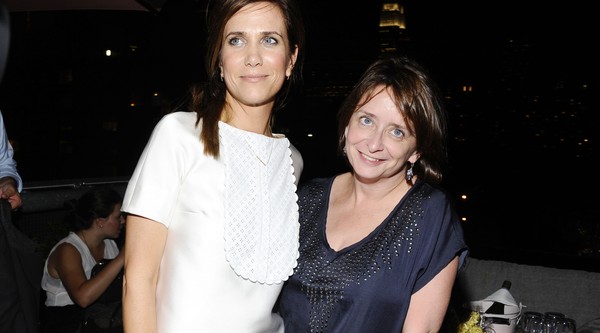 The movie, written by Michelle Morgan, stars Wiig as a troubled middle-aged women, just trying to make it in the world. As lead “mean girl” in the film, Raphael explains,” the movie allows you to see women who are extremely complicated and are not the model of that ‘studio system girl’ who just wants to get married: they have issues and real lives.” Throughout the film, laughs echoed in the jam-packed theater. The aisles were even filled with people standing for the entirety of the film, popcorn and soda in hand, when seats ran dry. (Verdict: the film was that good!) Following the film, the cast and guests flocked to the Hotel Americano where the laughs continued as everyone enjoyed glass after glass of Kim Crawford Wines. What better way to start your week than with some comic relief and a bit of vino?
MADELINE CHAMBERS

Label To Watch: Koral Los Angeles, A New Denim Line By 7 For All Mankind Alums

Kurt Geiger Looks So Young For 50