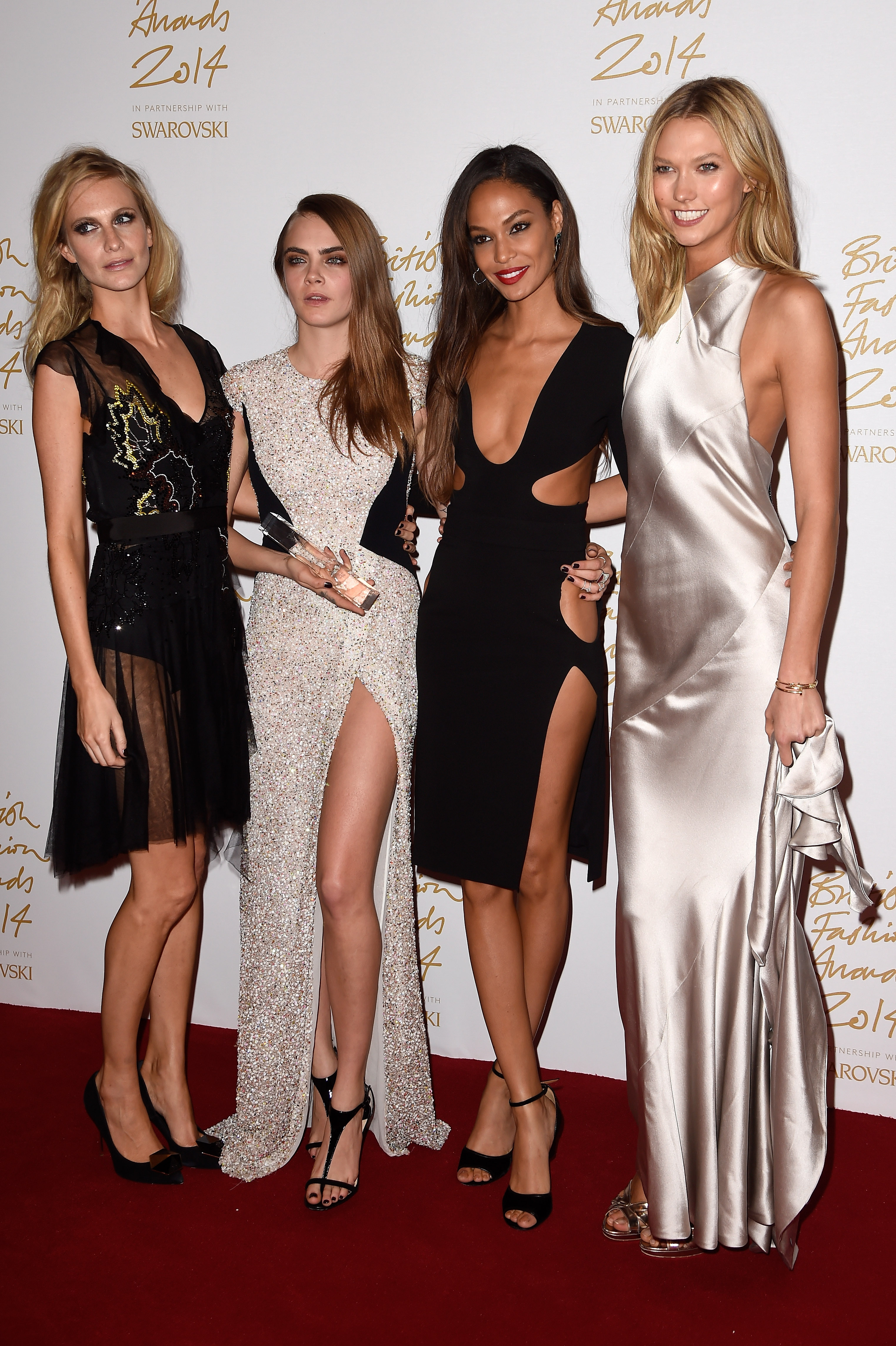 Who was in London last night? Well, just about everyone, as the 2014 British Fashion Awards, thrown by the British Fashion Council, took place at The London Coliseum. And when we say everyone, we kind of mean it, as the room was filled with the likes of Naomi Campbell, Kylie Minogue, Anna Wintour, Tom Ford, Harry Styles, Rihanna, Courtney Love, Victoria and David Beckham, Kate Moss, and Nicolas Ghesquière. Over the course of the night, awards for best campaign, model of the year, brand, style icon, red carpet designer and much more were doled out to the creatives and personalities that have impacted British fashion and beyond over the past year.

But the night wasn’t all glitz and glam, as the fashion elite took a moment to pay honor to the late professor Louise Wilson, whose knowledge shaped the careers of many of countless designers in the room. Many winners of the night thanked her in their acceptance speeches including Simone Rocha and Marta Marques and Paulo Almeida of Marques’Almeida. Another moving moment was John Galliano‘s first public appearance in quite a few years. He took to the stage to present Wintour (who was dressed in a custom Margiela by John Galliano design) with her Outstanding Achievement honor. Galliano also took this time in the spotlight to thanks his supportive friends who stood by his side through the past years, stating that he’s “healthy and happy again.” Rihanna flew in for the event as a surprise to join Naomi Campbell in presenting the Isabella Blow Award for Fashion Creator to W’s Edward Enninful. Joan Smalls and Karlie Kloss, who are in town for earlier today’s Victoria’s Secret Show, presented the Model of the Year award to Cara Delevingne.  The festivities carried on after the show with a party co-hosted by Enninful and Moss at Cafe Royal on Regent Street. Even Galliano stopped by for a few.

And the winners (and their star-studded presenters) are…