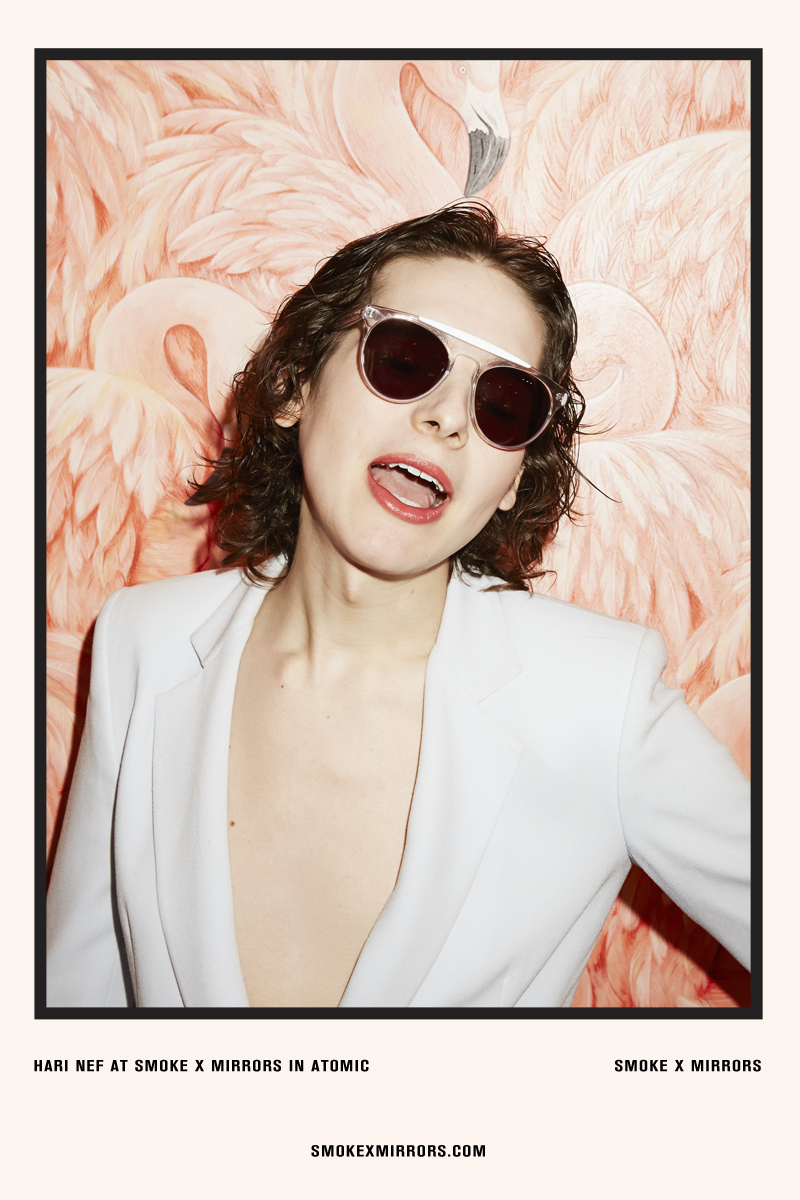 Smoke x Mirrors is a relative newcomer to the sunglasses category—the brand, helmed by David Shabtai and Roi Ironi, launched in January 2015—but they have wasted little time drumming up clever ad campaigns. In their second effort, they’ve tapped a quartet of stylesetters: TV on the Radio drummer Roofeeo, sexpert Karley Sciortino (of Vice and Vogue.com’s “Breathless” column), artist Gerald DeCock, and actress/model/writer Hari Nef.

“The casting was inspired by the people who support and inspire everything we do,” said Shabtai, who worked in fine jewelry before launching Smoke x Mirrors. “In one way or another, we had a relationship with everyone involved beforehand. Gerald has been a face of the brand since day one, and you’ll never catch Roofeeo without a pair of shades.”

The campaign, which will be wheatpasted around New York, features the brand’s latest styles, such as the Comic Strip and the Runaround Sue. Currently sold at Intermix, Fivestory, American Two Shot, and upscale optical shops across the country, Smoke x Mirrors specializes in limited-run editions of vintage-inspired shapes, manufactured entirely in France.