The 2018 Fashion LA Awards Were Everything, Fabien Baron and Karl Templer Out At Interview 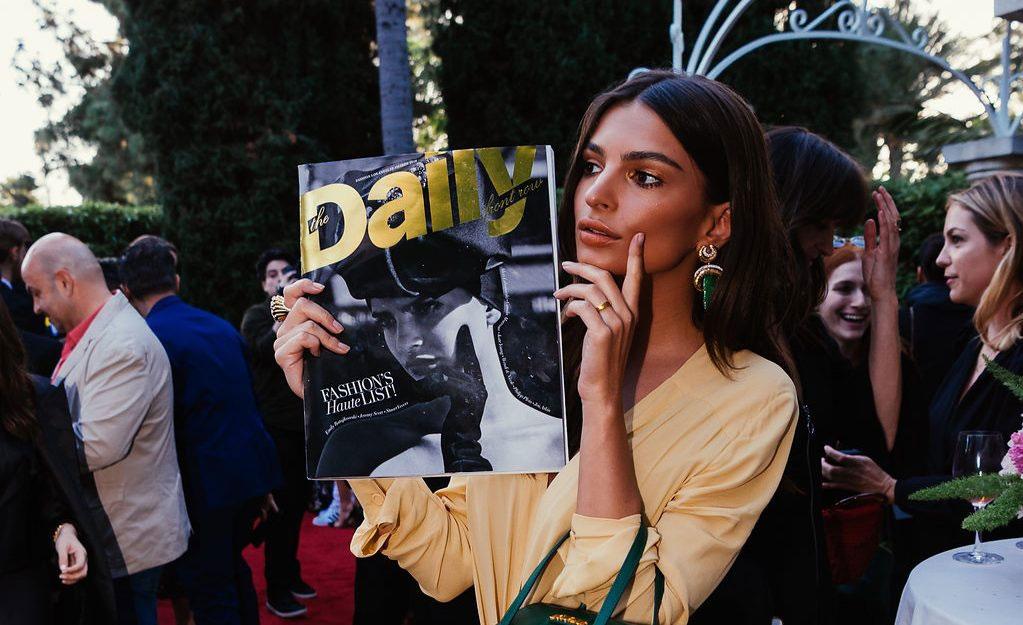 Our LA Fashion Awards Were A Star-Studded Spectacular (Los Angeles Times)
In the off chance you’ve been living under a rock the last 72 hours, The Daily Front Row held the fourth annual Los Angeles Fashion Awards on Sunday and everyone was there. Among the starry attendees were Paris and Nicole (YAS!), Chrissy Teigen and John Legend, Paris Jackson, Kate and Laura Mulleavy, Sara Foster, Jeremy Scott, Cami Morrone, Frances Bean Cobain, Jamie Mizrahi, Rowan Blanchard, Emily Ratajkowski, Stuart Vevers, Hari Nef, Amelia Gray and Delilah Belle Hamlin with mom Lisa Rinna, Jennifer Meyer, and Kris Jenner, who was on hand to present Jen Atkin with the Hair Artist of the Year Award.  “I was writing my speech on the plane,” Atkin told reporters, discussing what the recognition meant to her. “And I started crying!” We heart-emoji you Jen! 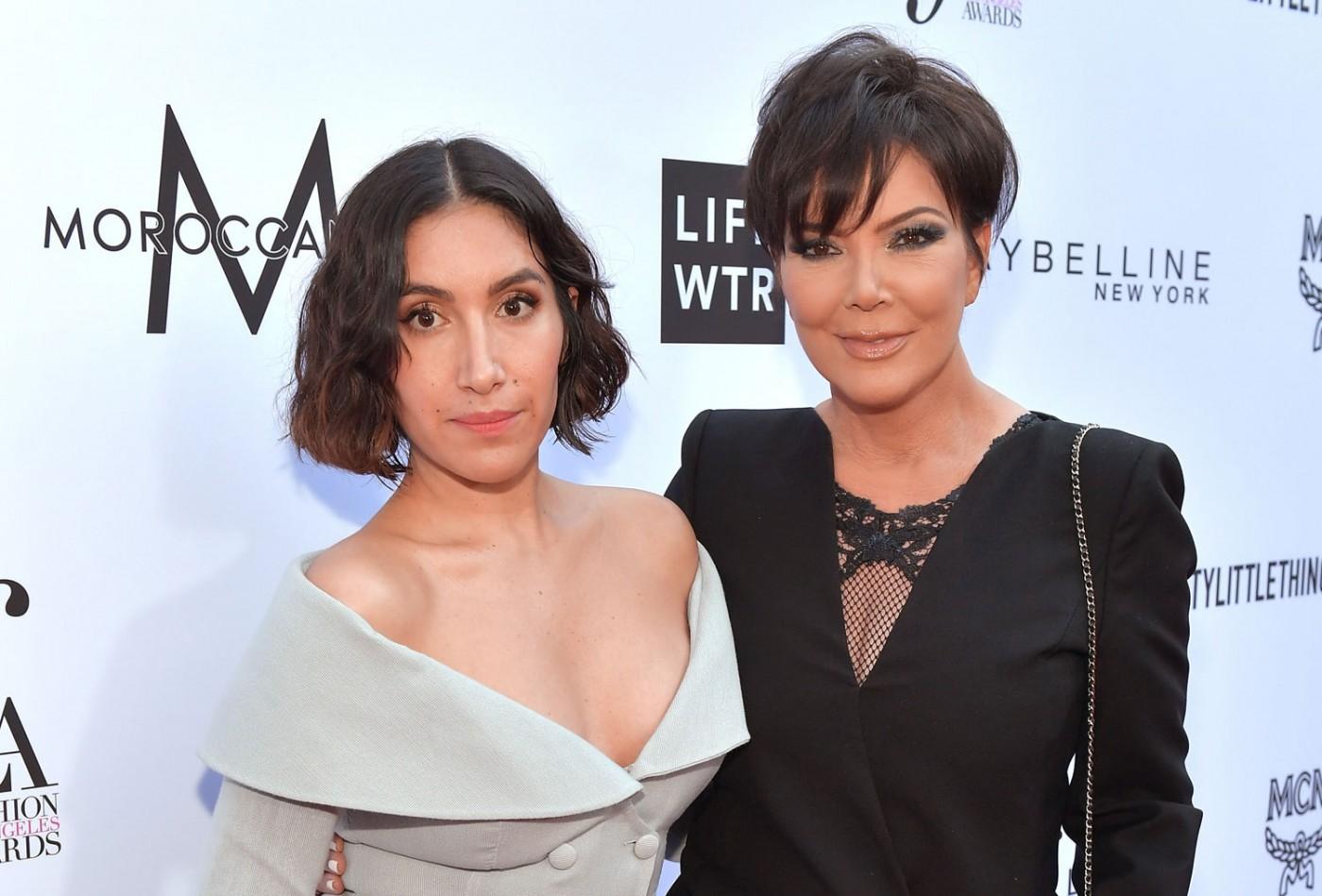 Click here for full coverage of the blockbuster event including the best red carpet looks, inside access to the show and all the dish on the afterparty shenanigans.

Tristan Thompson Cheats On Khloe Kardashian (Daily Mail and TMZ)
Ugh. Really? In photographs and video footage obtained by the Daily Mail and TMZ, it appears NBA baller and father-to-be Tristan Thompson has cheated on Khloé Kardashian. Thompson was allegedly spotted flirting heavily with an unidentified brunette at PH-D Lounge in New York City on Saturday night. TMZ published a video of Thompson and the women entering his hotel at 5 a.m. Sunday morning.  Thompson was in New York over the weekend with the Cleveland Cavaliers ahead of a Monday night game against the Knicks. TMZ also uncovered footage from a different incident in October 2017 that shows Thompson kissing two women who then openly grope him at the Darna hookah lounge in Washington D.C. “Tristan has been consistently cheating on Khloé,” a source told People. “He’s a serial cheater. And there will be more women to come out of the woodwork.”

Khloé Kardashian is nine months pregnant with a baby girl and reportedly could give birth any day now. Just two days ago, she posted an Instagram of herself kissing Thompson in anticipating of the birth of their daughter. Ugh, poor Khloé.

We are ready whenever you are little mama 🦋

Fabien Baron and Karl Templer Are Leaving Interview (Page Six)
Interview‘s longtime editorial director Fabien Baron and creative director Karl Templer have exited the magazine. Both Baron and Templer had been with the publication such a long time, they’d practically become synonym with the title. An insider told Page Six of the pair’s departure, “for everyone, it was the end of this chapter.”  Interview has been riddled with legal entanglements and bad press in recent months. First there was a dispute with the magazine’s Soho landlord who booted the Interview staff from their offices with police marshals in February, all because the Brants allegedly stop paying rent. Soon after came a lawsuit from a former employee who claimed she was fired because she “made too much money”. In the midst of this, the Boston Globe exposé accusing Templer of several incidents of sexual misconduct was published. At the time Templer vehemently denied the allegations, saying: “I deny these vague and anonymous allegations. If I’ve ever inadvertently made anyone feel uncomfortable, I’m truly sorry,” and “I’m always respectful of models, remain deeply committed to creating a safe and professional working environment, and embrace the systematic changes that our industry is implementing.” No word on when Baron and Templer’s last day’s with the magazine will be.

Unfortunately, Beauty Supplements Don’t Do Much (Vox)
In sad but somewhat obvious news, beauty supplements promising better skin, nails and hair with vitamin-based therapies are mostly ineffective. According to a lengthy and thorough story from Vox, the beauty supplement industry is booming despite the fact that these nutrient supplements don’t actually do much. The article cites studies to dismiss claims made by trendy ingredients, writing “Biotin, a supplement ingredient long promoted as an aid in hair growth, probably won’t do anything unless you’re deficient in the nutrient, which is rare…Collagen is the substance that keeps your skin looking springy and elastic, so it would seem to follow that taking a collagen supplement would keep your face looking youthful. But a supplement probably doesn’t do much, according to an analysis by the UC Berkeley School of Public Health…Turmeric, which is present in a lot of these supplements and has been hyped as a food ingredient for its anti-inflammatory effect, was dismissed as ‘much ado about nothing,’ according to a group of scientists.” So while on the rise, these pricey vitamin blends are essentially Pet Rocks.

It’s almost the end of January. Are you still working on committing to your New Year’s resolutions? I know I am. One of my goals this year is to focus holistically on my health—-skincare, nutrition, haircare, & self-care (mind & body) I’m introducing some new products to my routine & hoping they will help yield positive results & also focusing on some positive affirmations too. What helps you stay motivated? Do tell! Wishing you a great start to the weekend 💖 @humnutrition @deciem @drunkelephantskincare @helloproducts @jomalonelondon @sugarbearhair @katesomervilleskincare @colourlit @kaplanmd @farmacybeauty @sephora @nordstrom #skincare #haircare #bodycare #selfcare #bblogger #skincareroutine #shelfie #katesomerville #humnutrition #deciem #theordinary #sugarbearhair #kaplanmd #farmacybeauty *some products gifted

Nordstrom Toasts Its New Men’s Store
On Tuesday night, the mammoth new Nordstrom men’s store in midtown opened it’s shiny glass doors to a veritable who’s who of fashion folk. Every menswear editor in the biz was there, joined by a selection of chic celebs: Rashida Jones, Dee and Tommy Hilfiger, Mark Ruffalo, Joan Smalls, Victor Cruz, Gus Kenworthy, Gabriel Kane Day Lewis, Will Peltz, Christian Combs, and others. They noshed on lobster-roll canapés and sipped bubbly while checking out the spring collections from Balenciaga, Calvin Klein, Comme des Garçons, Gucci and Levi’s housed in the store’s 47,000 square foot space. 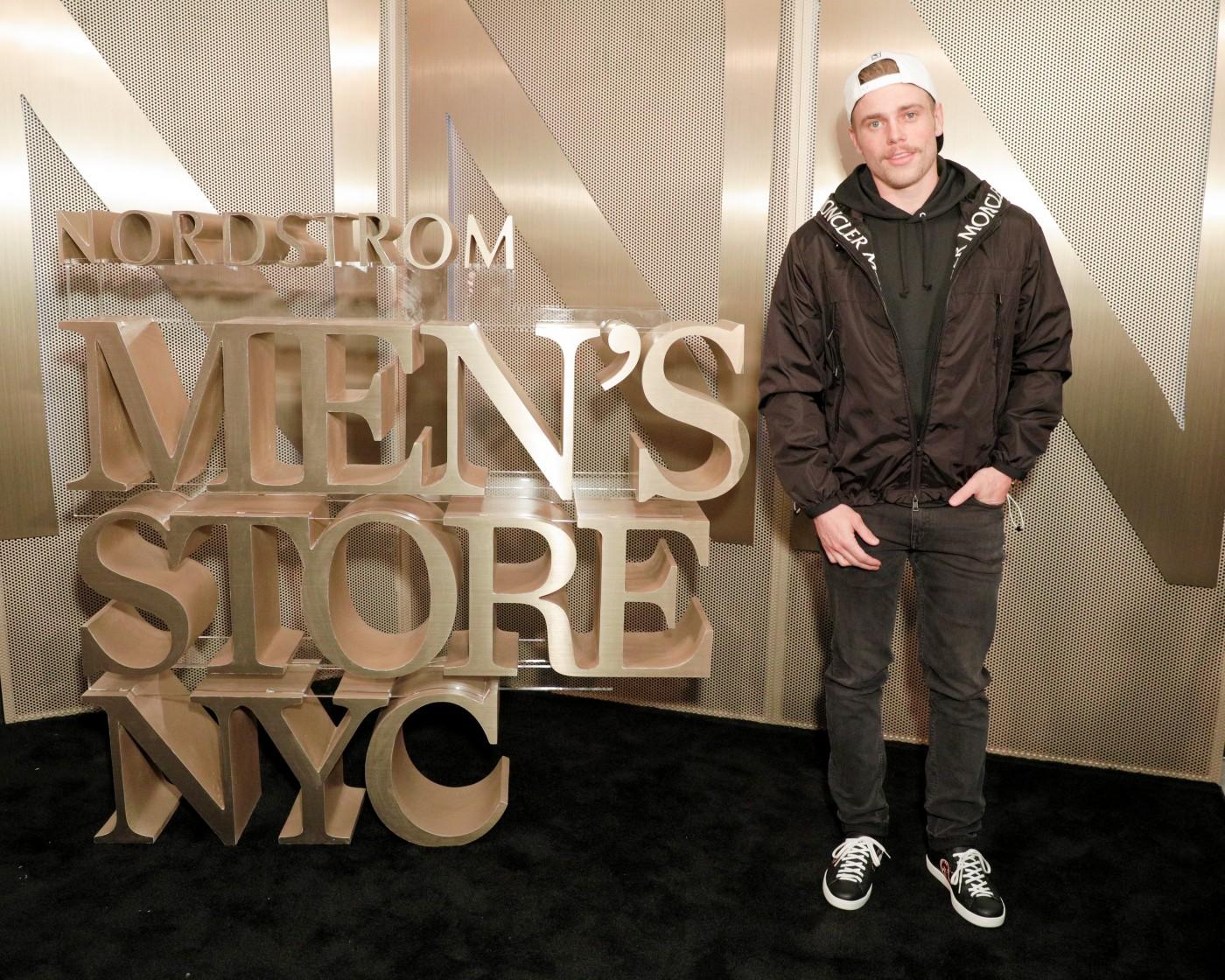 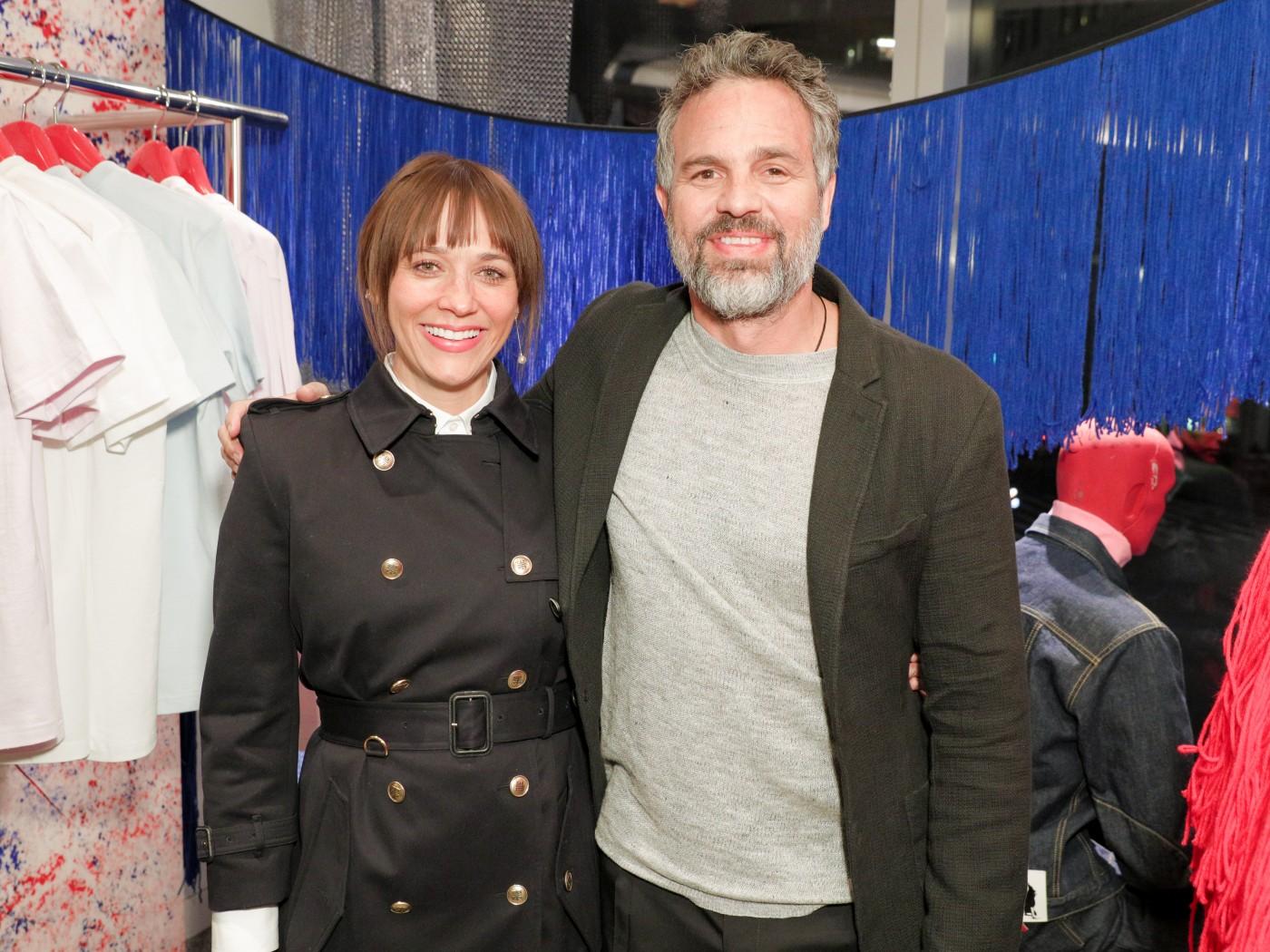 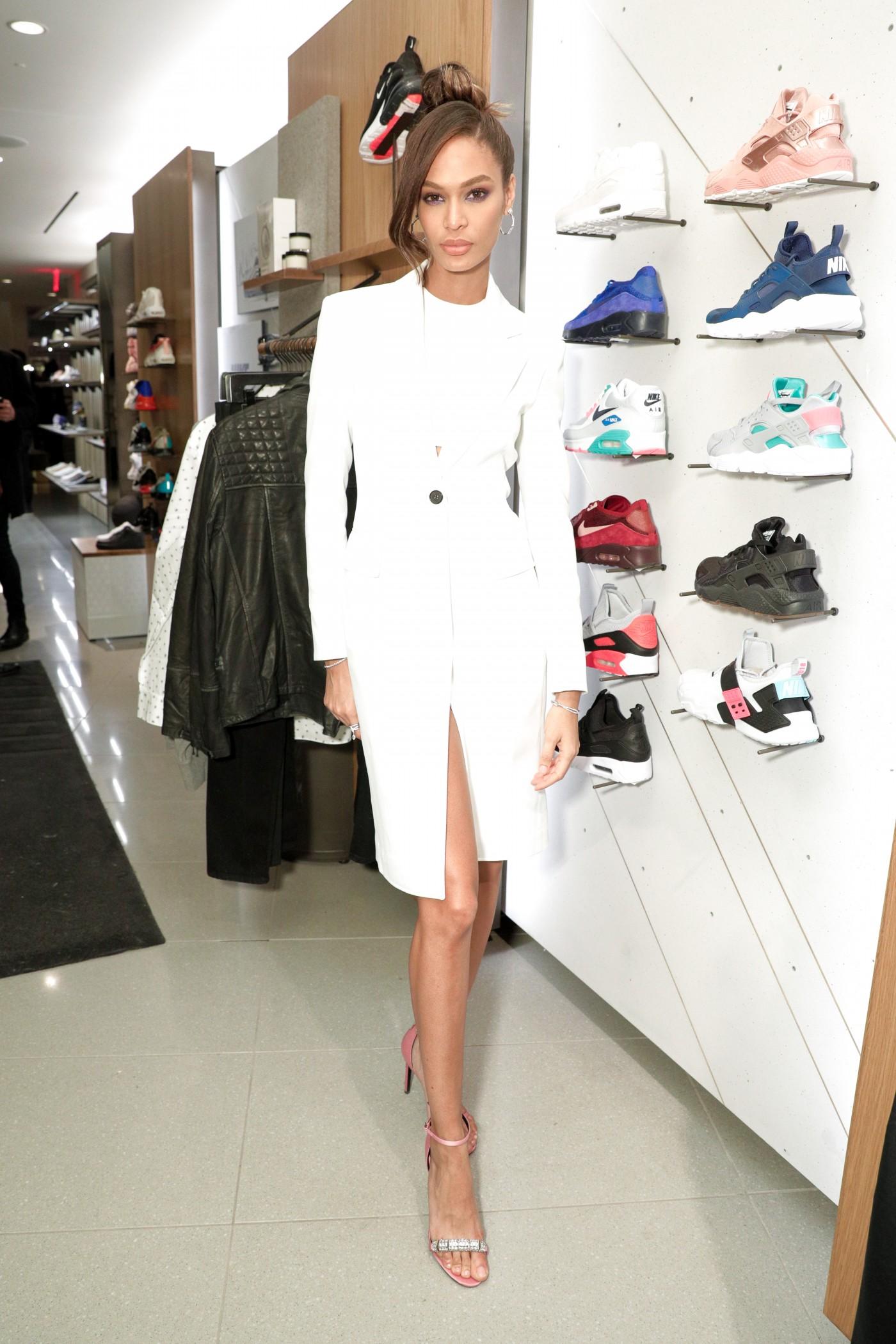 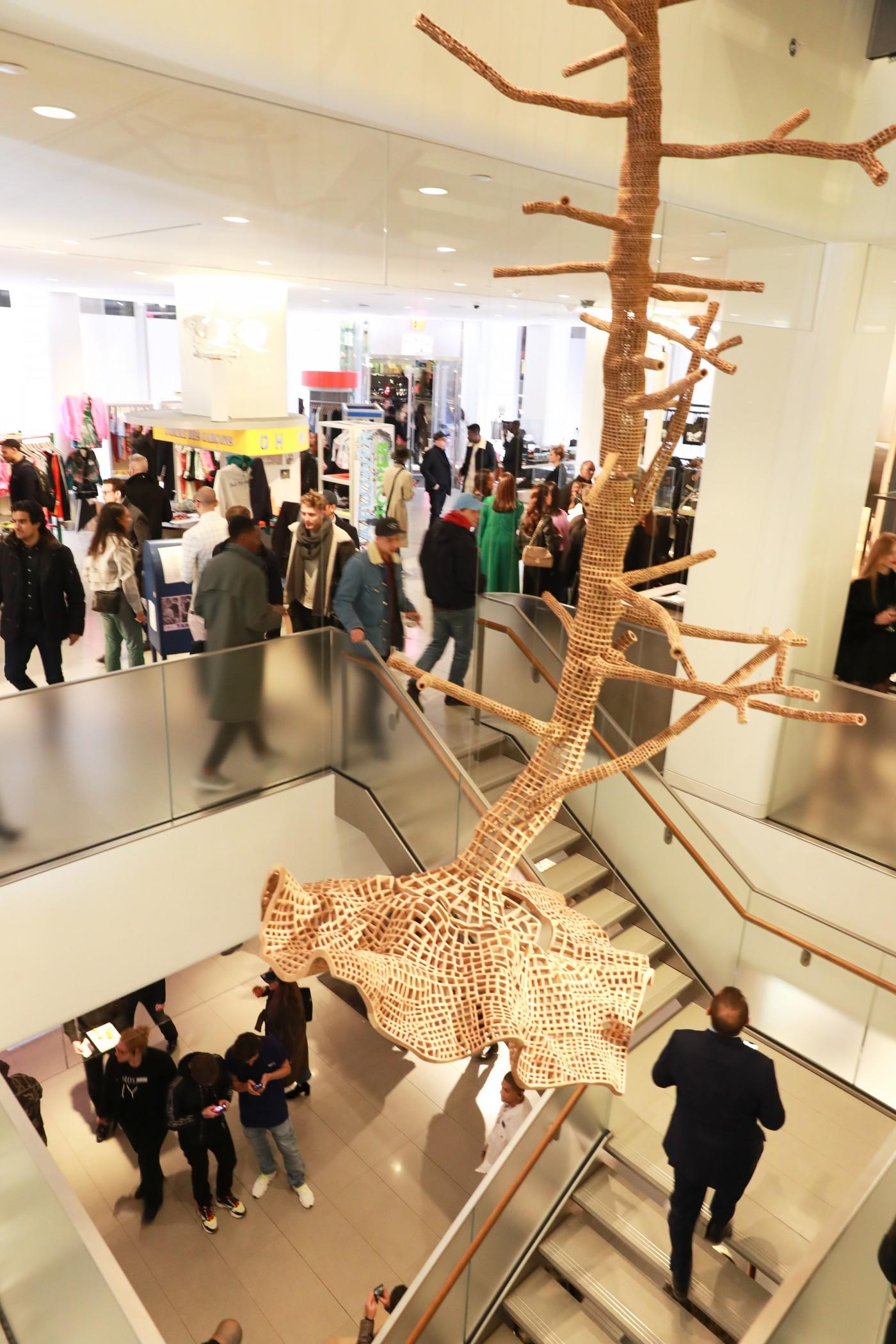 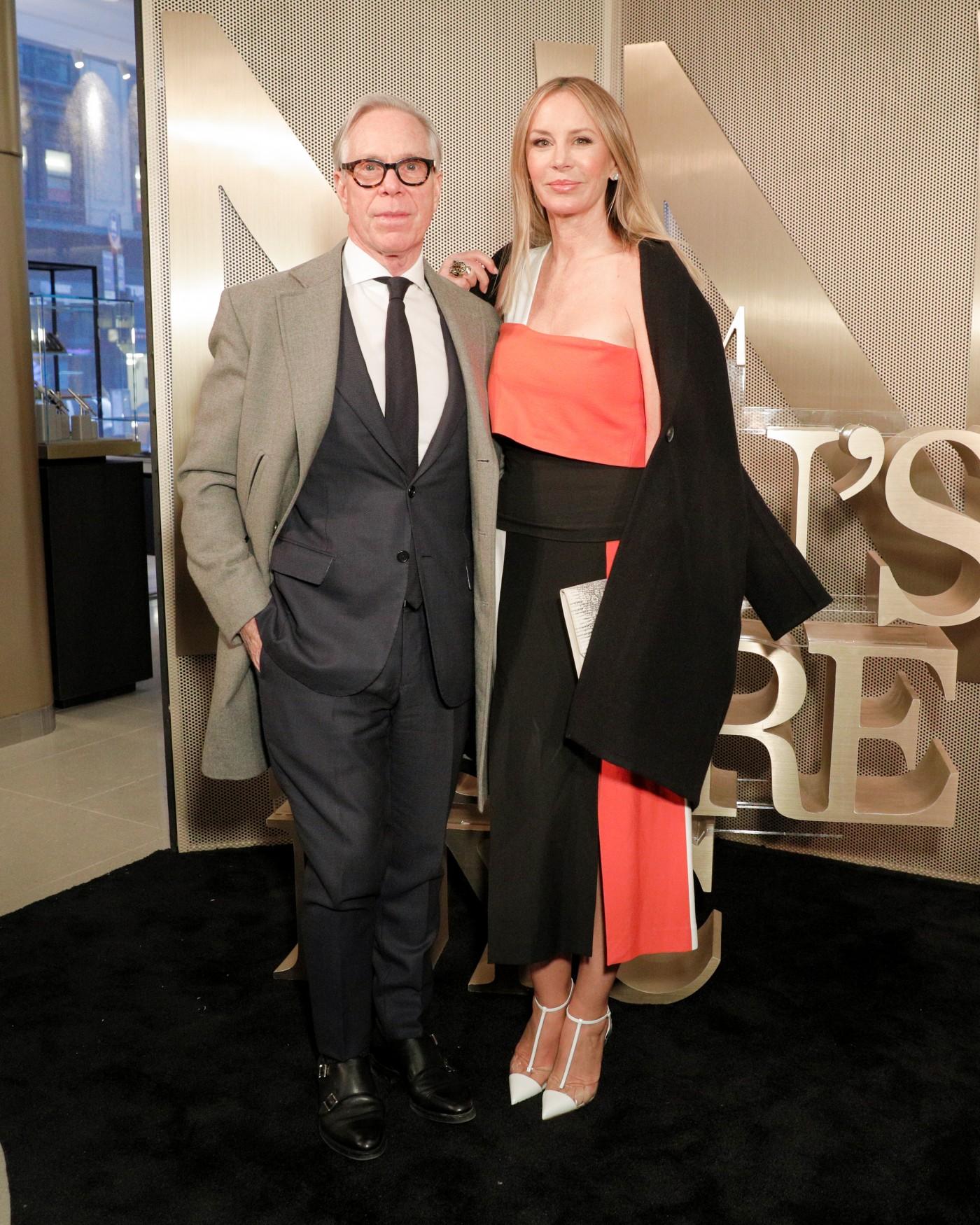