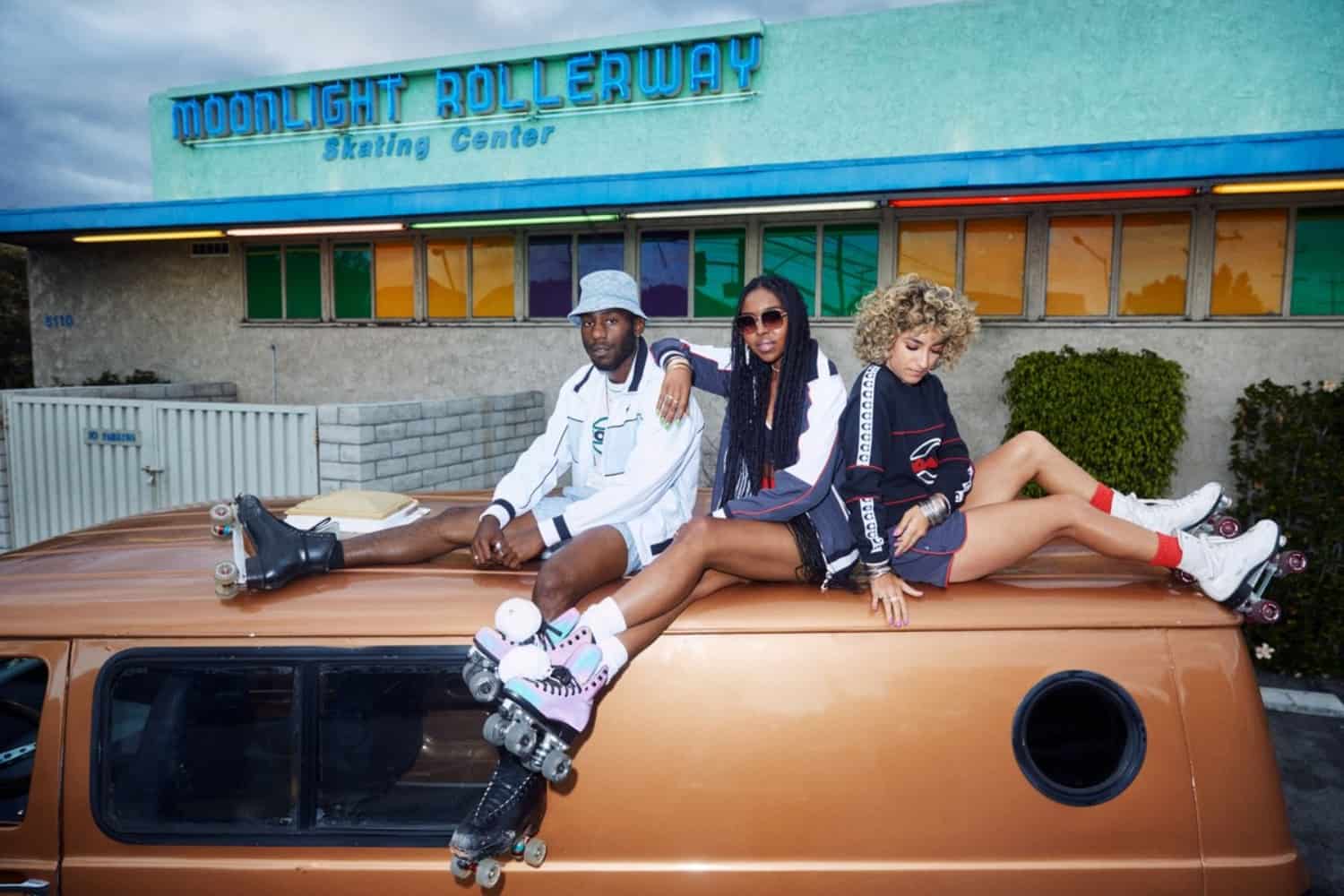 Introduced as part of its Pre Fall collection, Coach has announced the arrival of its sportswear capsule. The collection, inspired by summer adventures with friends and creative director Stuart Vevers’ own free spirit, was brought to life by models and professional roller skaters Keon Saghari, Ashley Imani, and Sebeey Chi. Photographed and directed by Tyrell Hampton, the ’90s-inspired campaign features the trio skating around the rink, shopping for Coach “Quilties” in vending machines, and dancing in their tees, nylon windbreakers, and retro-printed shorts. Shop the collection here!

Burberry has pledged to become climate positive by 2040—the first luxury brand to commit to such a precedent. The development, which comes after the brand’s initial pledge to be net-zero by the same year, includes cutting supply chain emissions by 46% before 2030. To take it a step further, the brand has also committed itself to investing in nature-based projects and initiatives that support climate change efforts beyond the Burberry label. Joining Rankin, Forward PMX, and others, the British fashion house also announced its support of the Fashion Avengers, a global coalition of organizations that have joined forces to inspire action in achieving the UN’s Sustainable Development Goals.

For its Season 4 offering, Acne Studios delved into its archives, repurposing old fabrics with a new, sleek spin. The drop includes printed chiffon, crepe, cupro, viscose, and light-colored (and eco-washed) denims from seasons past. Found in the are patched-up denim, two-tone jackets, Hawaiian-inspired button downs, and dresses with contrasting tiers. You can shop the patchwork-crazed offering in selected stores, on Acne Studios, and on Selfridges.

Italian model, mom, and fashion muse Mariacarla Boscono has always been a force to be reckoned with. And her most recent collaboration with Parisian designer K-Way—for which she served as designer, artistic director, photographer, and brand endorser—further proves it. Since the start of her esteemed career, which includes gigs with Riccardo Tisci, Donatella Versace, Pierpaolo Piccioli, and more, Boscono has always been an omnipresent force in Italian fashion. Now, some 25 years later, she’s stepped into the role of designer. The capsule, which was inspired by the outdoors and the relationship between mother and daughter, features a zip-up swimsuit with UPF 50 protection, a waterproof jacket, bodysuits for young girls, accessories, and leggings. Boscono also photographed and art-directed the campaign—starring her daughter!—on her favorite secluded island.

The Spice Girls are back to celebrate Pride Month, thanks to VB!

We’ll tell you what we want (what we really, really want): Victoria Beckham’s latest Pride month capsule! For the celebratory limited-edition collection, the designer has released a charity VVB tee and accompanying pouch—and she enlisted her old crew to model it. Both of the pieces read “Proud and wannabe your lover” in rainbow lettering, and pay tribute to the group’s famous single ‘Wannabe’, which was released 25 years ago. The capsule was made in partnership with AKT Charity, an organization dedicated to combating LGBTQ+ homelessness in the U.K., with 100% of the proceeds donated to the charity. The ‘Wannabee’ tee can be found and purchased on Victoria Beckham now!

It Gets Better: A Digital Pride Experience boasts a star-studded lineup

The It Gets Better Project has announced its second installment of “It Gets Better: A Digital Pride Experience.” The virtual event, which will run from June 23 – 24, follows the organization’s inaugural run that garnered over one million impressions online. The forthcoming lineup will also feature a long list of stars as guests. Hosted by Internet sensation Kaley Allen, the experience brings together musical artist Monique Heart, Mj Rodriguez, Laverne Cox, artists Vincint and Jordy, and more. The Fitness Marshall will be hosting a fitness experience, and podcaster Tuck Woodstock will record one of his very own from the Gender Reveal Podcast. No shortage of entertainment here! Launched in 2010, the It Gets Better Project aims to uplift, empower, and connect LGBTQ+ youth around the globe. The two-day event will be streamed on the organization’s YouTube channel on Wednesday, June 23 and Thursday, June 24 from 11 AM – 3 PM PT. Don’t miss it!

A post shared by It Gets Better Project (@itgetsbetter)

The dish on In The Heights (and the best-dressed!) at Tribeca Film Festival

Last night’s premiere of New York’s In The Heights was a night to remember! To celebrate the arrival of the highly anticipated Tony award-winning musical-turned-movie—as well as the kick off to the festival’s 20th opening night—live screenings were simultaneously shown across all five boroughs. A premiere hosted at The Battery also marked the first major return of the arts to NYC since the pandemic, and there was no better way than with a love letter to the city itself. Along with the cast, guests including Hari Nef, Delroy Lindo, Bryan Cranston, and more were in attendance.

DKNY has joined the long list of brands celebrating the most colorful month of the year. The New York City label has partnered with the Hetrick-Martin Institute (HMI), America’s oldest and largest LGBTQ+ youth organization, for a third season on a Pride-inspired capsule collection comprising a unisex tee and tank top—both of which read “Ask me about my pronouns” in bolded and ombré rainbow type. To commence the campaign, the brand has enlisted a diverse TikTok crew—including Plastique Tiara, Attis L., Avery Cyrus, and more. The limited edition pieces retail from $39 to $49, and are available for purchase now! You can shop the collection here.

Zimmermann Wants You To Go OOO With Resort ’22