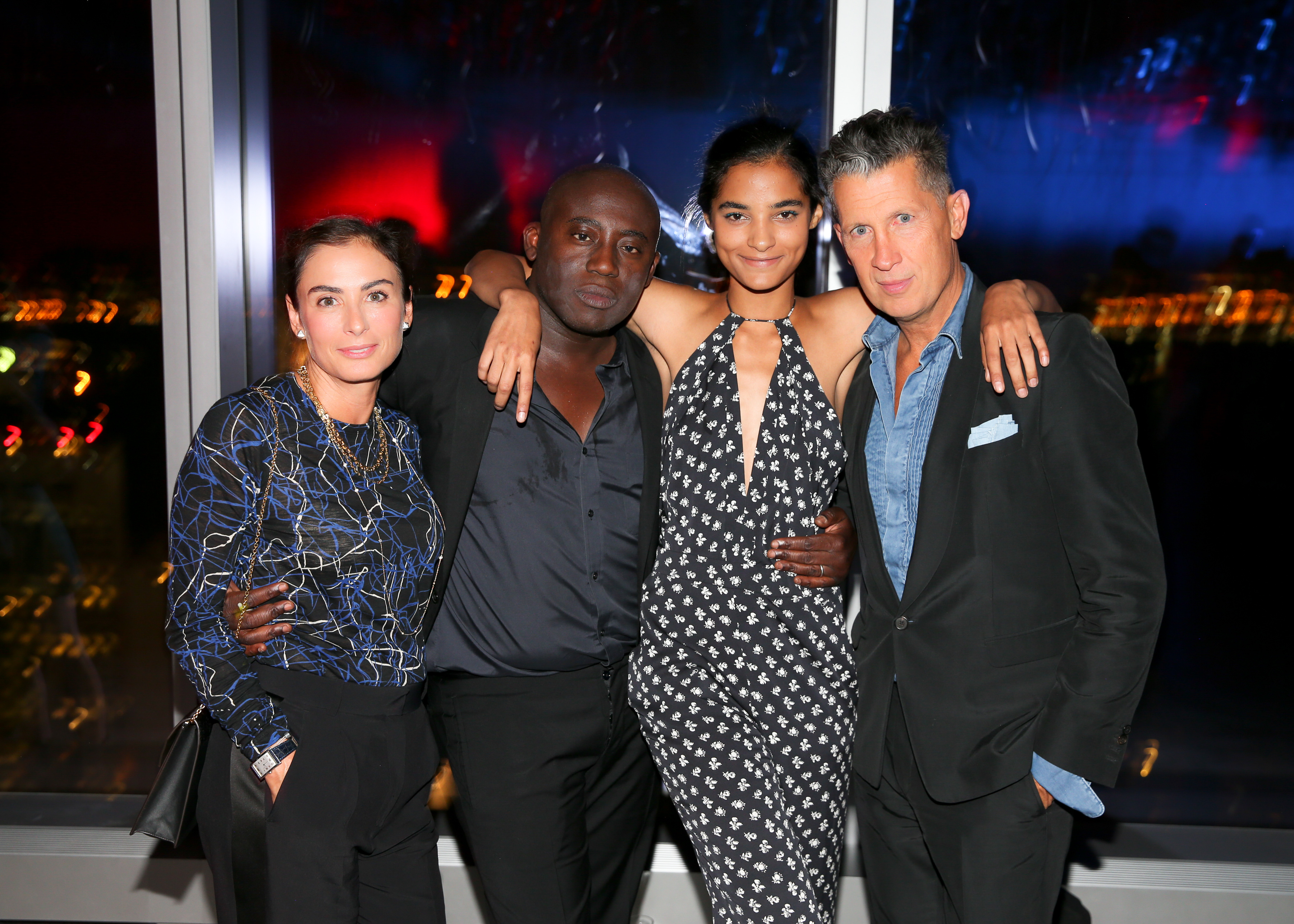 Mariah Carey wafted into W magazine’s blowout at Condé Nast’s new home, One World Trade Center, without being detected. Her appearance immediately sparked rumors that the songstress would later be performing for the guests on hand to celebrate the W‘s Model Search, but the entertainment would be left to a flash mob instead who broke into their choreographed dance near the end of the night. As expected, the party was chock full of models including Alexis Primous, who won the magazine’s contest and a contract with IMG via Instagram.

Fashion week fixture Ciara rolled through the 64th floor party space with her large possé before leave to meet up with W magazine cover girl Gigi Hadid and boyfriend Joe Jonas later on in the night. The three posted a video together on Instagram rocking out to Joe’s new single “Cake By The Ocean.” Riccardo Tisci showed up later in the evening after a dinner with his Givenchy family of celebrity super fans, Carine Roitfeld, Courtney Love, Kanye West, and Kim Kardashian.

W‘s top of the masthead Stefano Tonchi, Edward Enninful, and Jane Larkworthy glad-handed guests throughout the space, which was divided into two sections, uptown and downtown. While the “uptown” half of the huge party room served up champagne with ample seating, the “downtown” room quickly became the main attraction with its dance floor, black lights, and zebra statute Instagram prop.