Visionaire World, We Are One+Together, and Grindr Unveil Short Film ‘War Within’ by Zaher Saleh 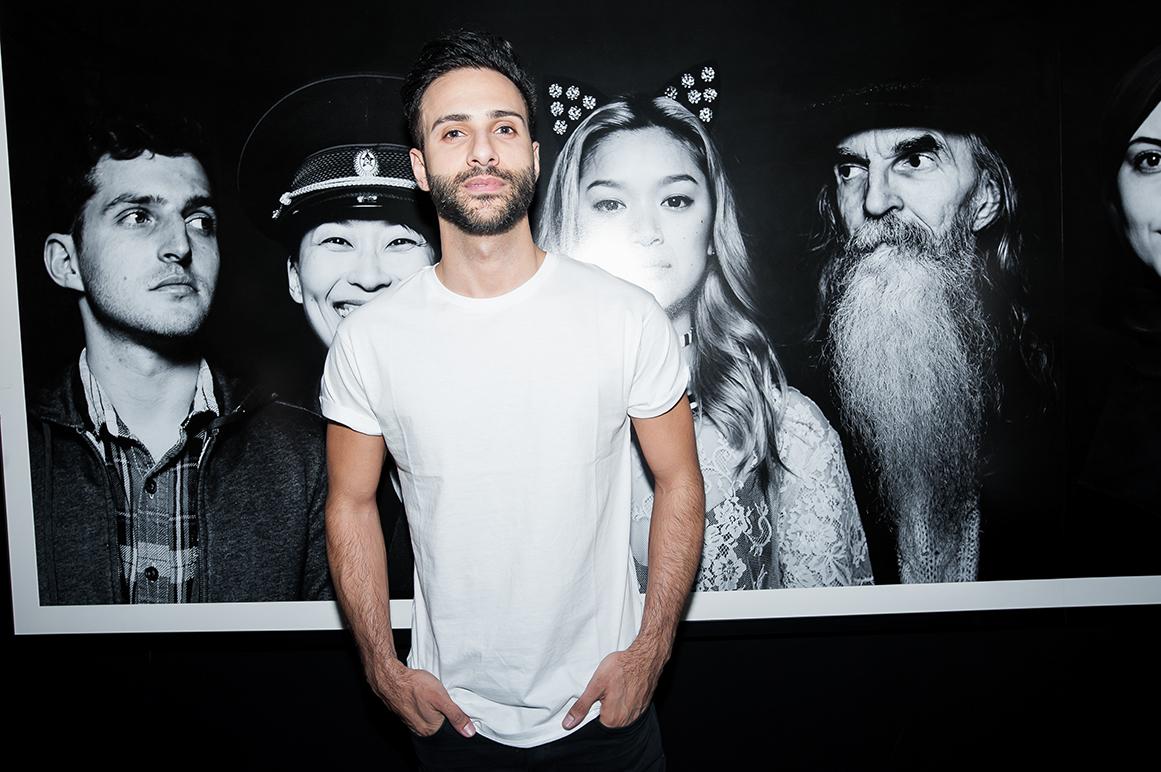 Producer Derek Anderson threw a bash at his ultra-chic Soho townhouse for Visionaire World, Grindr, and We Are One+Together last night to kick off an initiative aimed at securing asylum and legal aid for the stars and contestants of Mr. Gay Syria. The U.K. film directed by Ayse Toprak, which debuted this year, follows two gay Syrian refugees who are trying to rebuild their lives while living double lives as gay men hiding their identity from their conservative families. The film centers around a contest in Berlin called Mr Gay World (a male beauty pageant). Mahmoud Hassino, who works with LGBTQ refugees in Berlin, set up a contest last year, Mr. Gay Syria, to find a Syrian entrant to the competition. Toprak’s film highlights a handful of these refugee contestants living in Istanbul, with a focus on two, as they prepare for the big event.

We Are One+Together is a nonprofit organization that focuses on bringing people together by celebrating their differences, and it has set up a Mr. Gay Syria campaign that spotlights the plight of the LGBTQ community in Syria. Last night, to raise awareness they presented a short film called War Within by Zaher Saleh about a young Muslim man struggling to come to terms with his identity.

“It’s my own personal story,” Saleh told The Daily. “I’m involved with Zirkova, the branding partners, and we have the nonprofit We Are One Together. This film is part of a series that we are hoping brings awareness to these different topics and social issues. The film really shows the struggle that any gay person goes through in coming out, but in particular, the gay Muslim man, and that’s my personal story. It’s not easy to come out. I was OK with being gay, but actually I haven’t come out to my family yet.” Incredibly, Saleh has chosen a brave medium in which to reveal his identity to his family, but he said that it was time to fully live in the open.

“It’s OK, because I’m ready,” said Saleh, who’s family still didn’t know at the time of the film’s unveiling yesterday. “I want to see them face-to-face and tell them about it. I was born in Lebanon to two Palestinian refugees. They live in Ohio now. And this happened so quickly—we met about this film last Monday and shot it on Thursday. It was incredible how quickly we were able to put it together, but when you are on the right path and aligned with the truth, everything happens organically and in the best way possible.”

The beautifully directed film is raw with emotion, controversy, and most importantly, honesty. “There’s a mirror that you’ll see throughout the film and it represents the truth. Every time he’s looking at it, he’s seeing the actual truth, whether he’s hating himself or seeing his boyfriend, who is really who he wants to be with, and not this girl who he is with to try to please his family and society,” said Saleh. “Throughout the whole movie we see him praying, so it’s really personal in the sense that I’m going through this.”

Visionaire World’s digital director, Lars Peterson, also created a short film inspired by Mr. Gay Syria that features a walk off of girls in tiaras, being put to shame by some judges until a character shows up to walk the runway in a Mr. Gay Syria hat to much applause. “It’s not like you’re just wearing a tiara…you’re sending a message,” said Peterson, summing up the mantra of the film. The film stars Caroline Vreeland, Connie Flemming, Elliott Sailors, Ladyfag, Maryna Linchuk, Yara Sofia, and Xander Gaines. The latter said he was brought on by the director, who knew him from in and around New York City (Gaines, an NYC-based artist, is only reachable by a chance run-in, as he has no cellphone or email), where he’s resided for the last 20 years and studied musical theater at the Tisch School of the Arts. “Being a part of this whole moment, this unique collaboration of voices, that was pretty much telling anyone, ‘I dare you to come over here and keep us quiet,’” said Gaines. “There are so many people in so many places that want to tell people to be quiet. Not here. Not on this shoot. Not in this city. Not in my world. It’s almost Pride in New York City and it’s not just for New York City, but for all over the world. We’re fighting with you. It’s not just us, it’s all of us.”

As part of the initiative, We Are One+Together has created a petition on change.org urging the Immigration, Refugees and Citizenship Canada (IRCC) and the U.S. Citizenship & Immigration Services to take swift action and accelerate the process of granting asylum for the five contestants from Mr. Gay Syria.

How Well Do You Know Michael Kors?