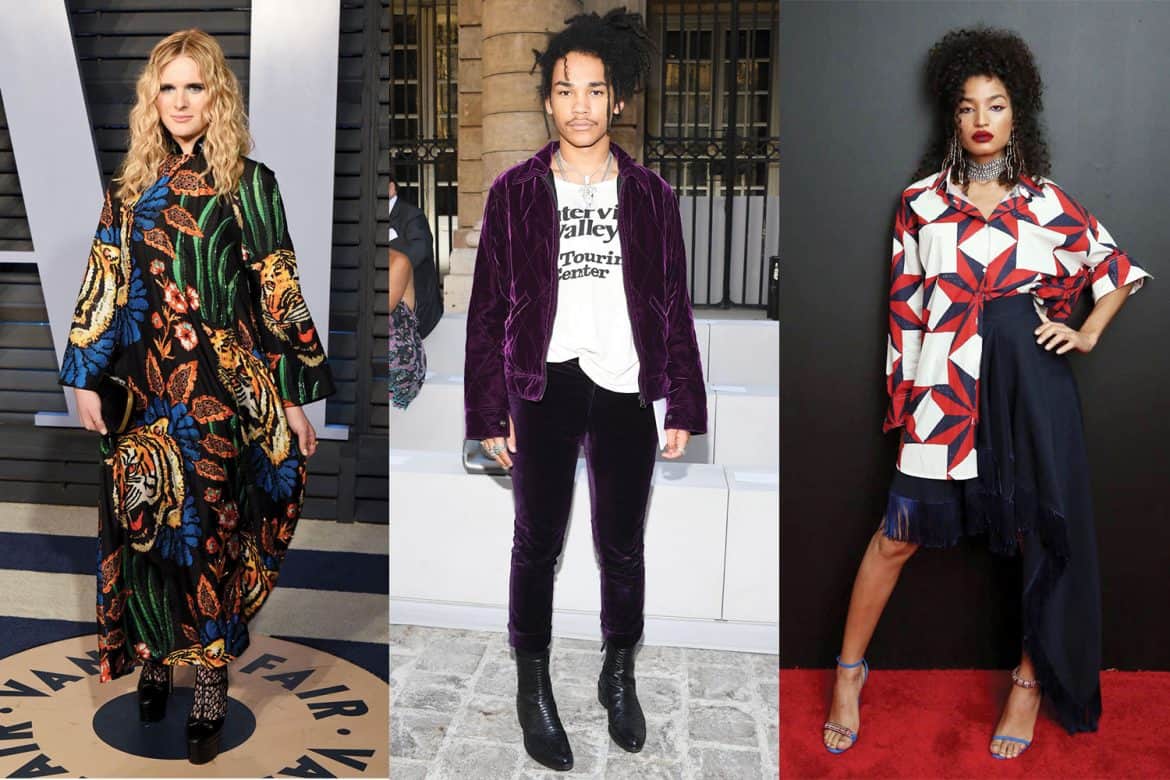 We did a round up of twelve prominent names from the industry, who have donned many hats and managed carve a niche for themselves in the world of fashion and showbiz. Meet the New Wave multi-hyphenates. 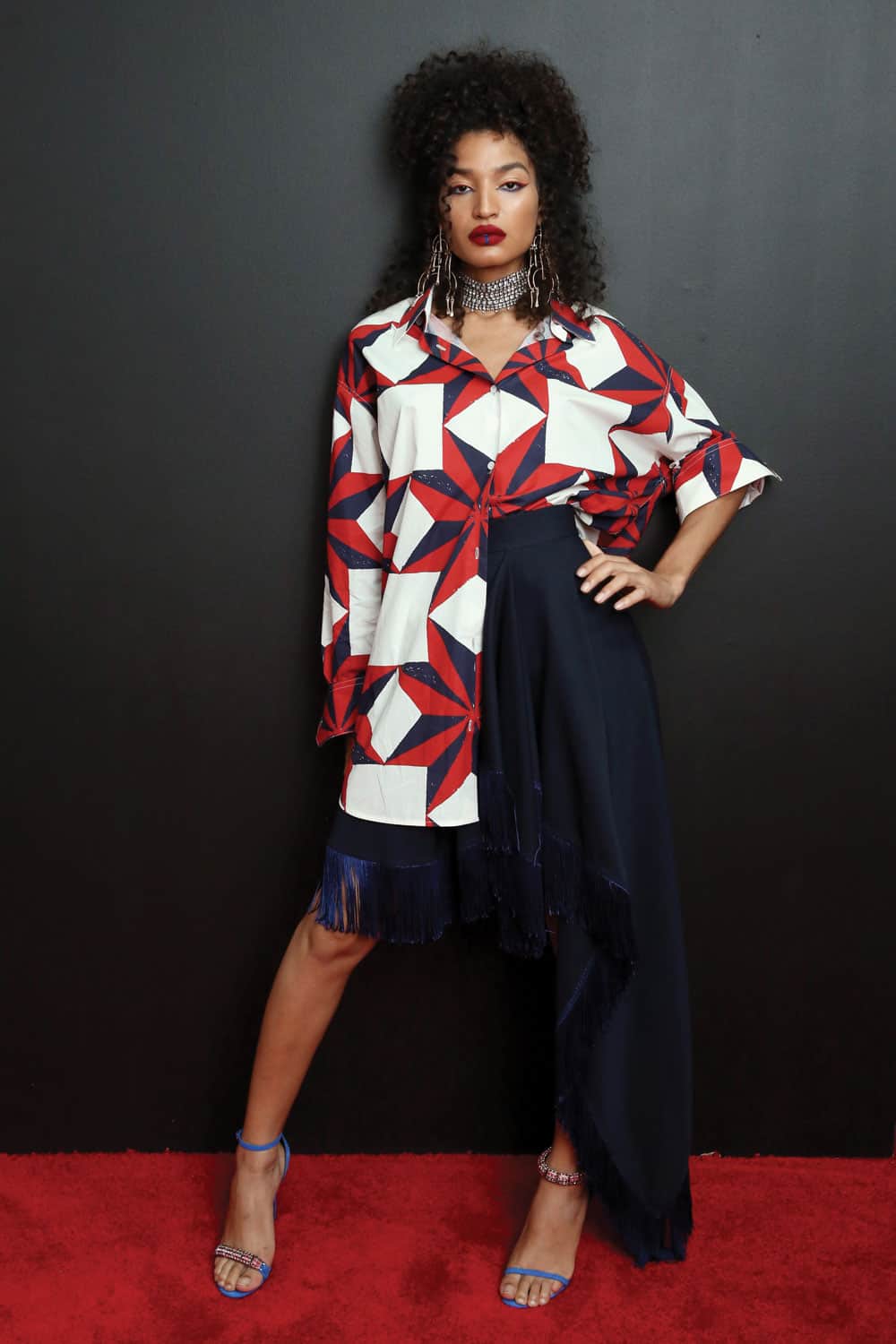 Hails From The Bronx
Early Revelation Since “toddlerhood…I just knew I was the furthest thing from a man. I’ve known that my whole life,” Moore told The Cut in 2018.
Formative Years Moore left home at age 14 and bounced around foster care for a few years, after a childhood of being bullied at school and not accepted by her family or community.
Former Career Modeling, after dropping out of high school and being discovered on Instagram; landed gigs like Vogue Spain, but didn’t vibe with the industry or find an agency she liked, decided acting was her calling and crowd.
Breakthrough Role Angel, a sex worker, on Pose, Ryan Murphy’s FX series about New York City’s mid-1980s LGBTQ ball culture and dancers.
Unlikely Path to Pose Moore was an extra on Baz Luhrmann’s Netflix show The Get Down, thanks to a chance encounter with dancer José Gutiérrez Xtravaganza (the choreographer responsible for Madonna’s “Vogue”). She auditioned for 2017 indie movie-musical Saturday Church, which led her to read for Pose. 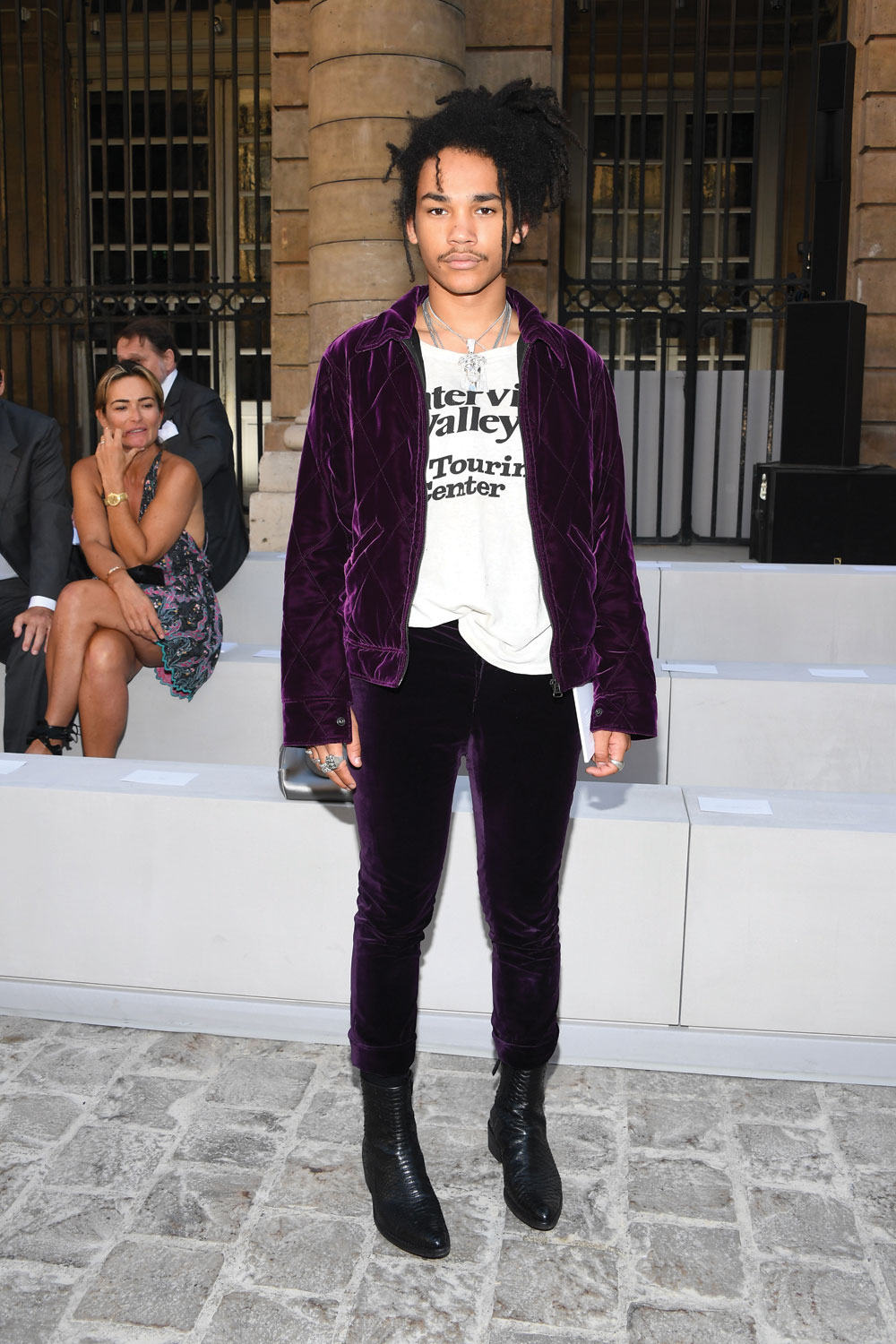 Hails From NYC and Paris, living that Transatlantic life since age 3
Stylish DNA Dad, Clark Sabbat, is a fashion designer.
Other Creative Relatives Grandma was an interior decorator; mom is an ex-fashion stylist turned chef.
Heritage Haitian, Irish, English, and German
Ultimate Multihyphenate “I don’t believe in titles. I believe you do what you want and find the right people who share your vision,” Sabbat explains on his site of his work as a stylist, creative director, design director, actor, and model. If necessary, his preferred ID – “Creative Entrepreneur exploring all the world has to offer.” 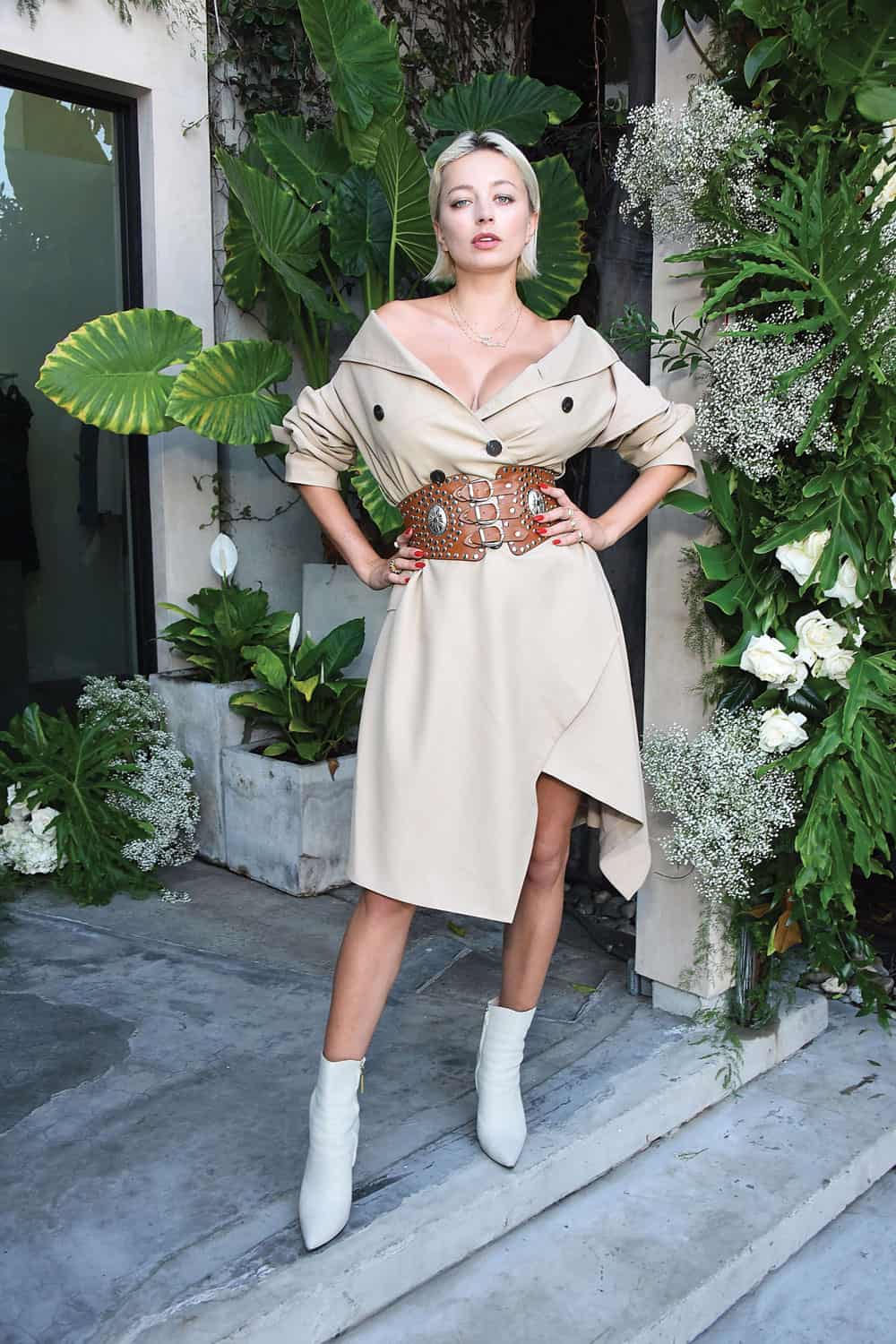 Hails From Los Angeles
Sign Scorpio
Big Break The singer was an American Idol contestant in 2013
Follower Count 348K
Famous Fashion Lineage Great – granddaughter of Diana Vreeland
Thespian moment When she was 8 years old, Vreeland was cast as “the wind” in a school play. 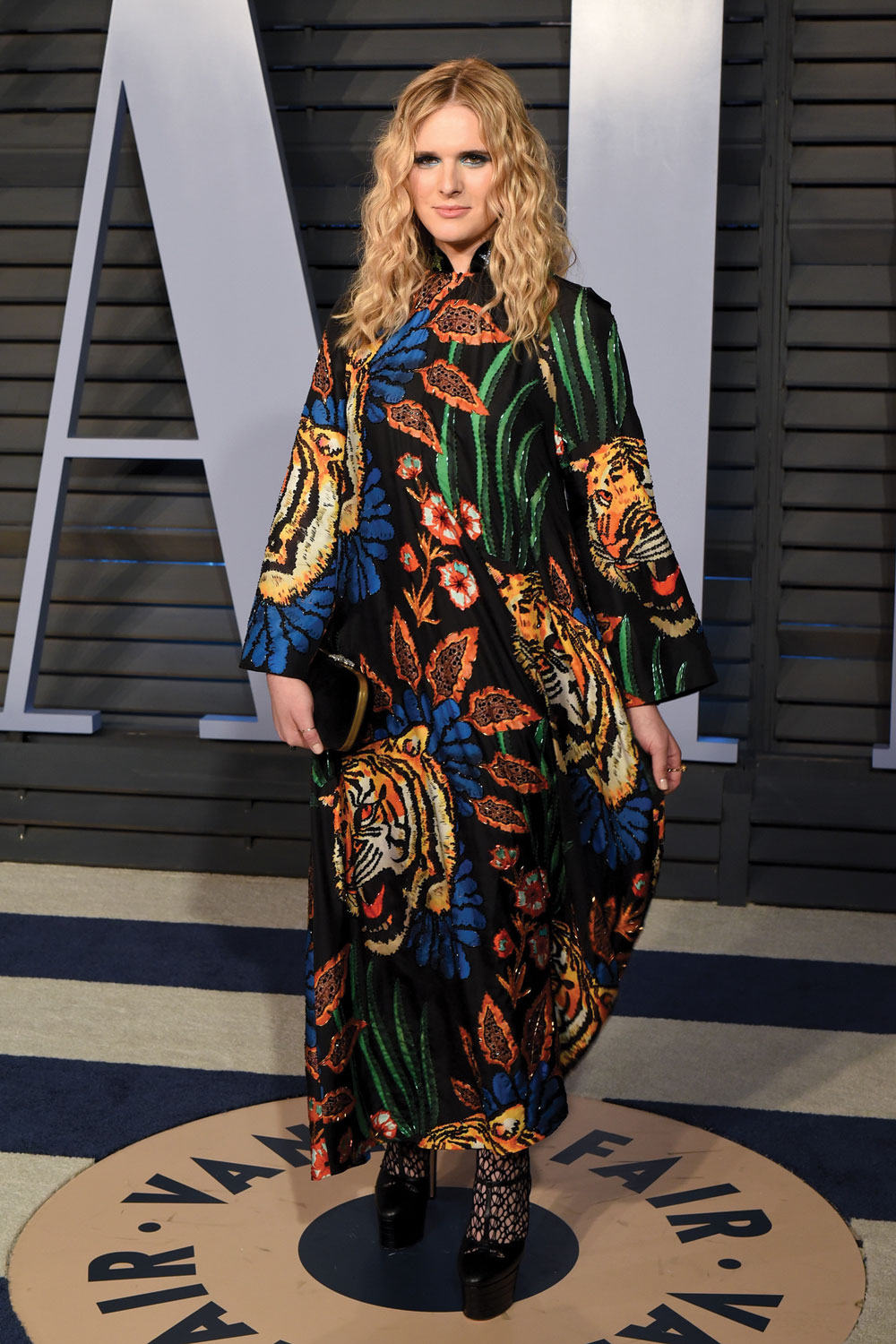 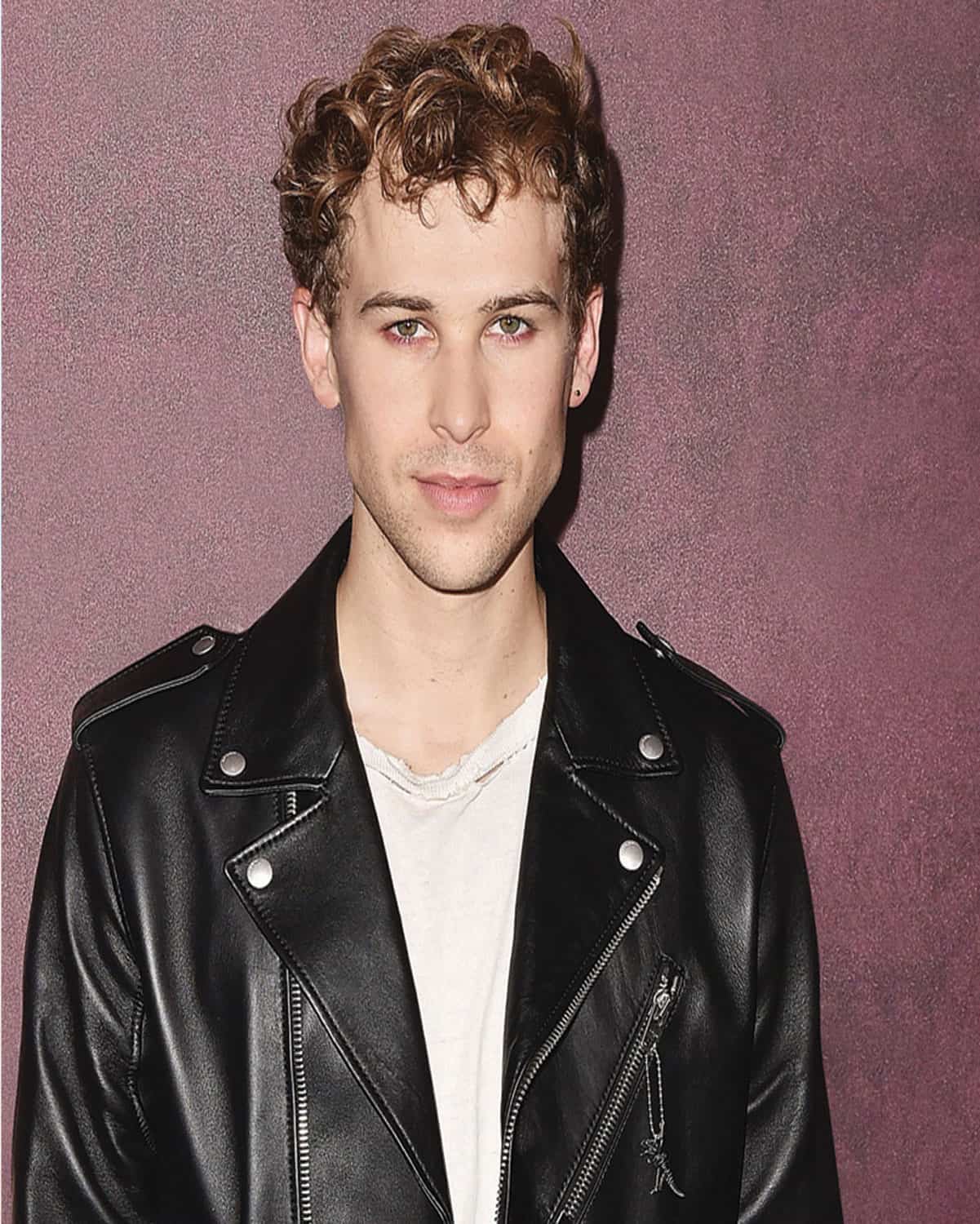 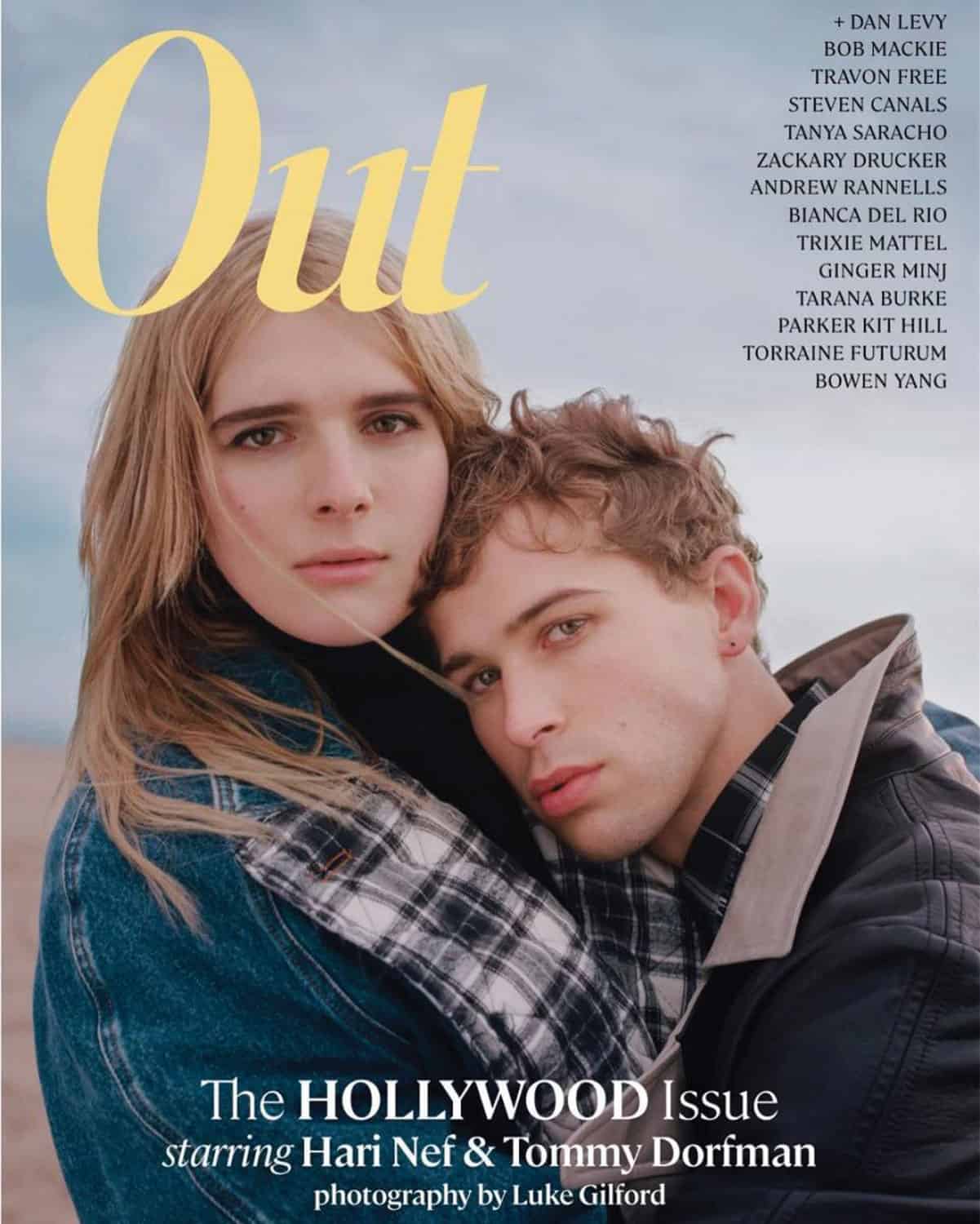 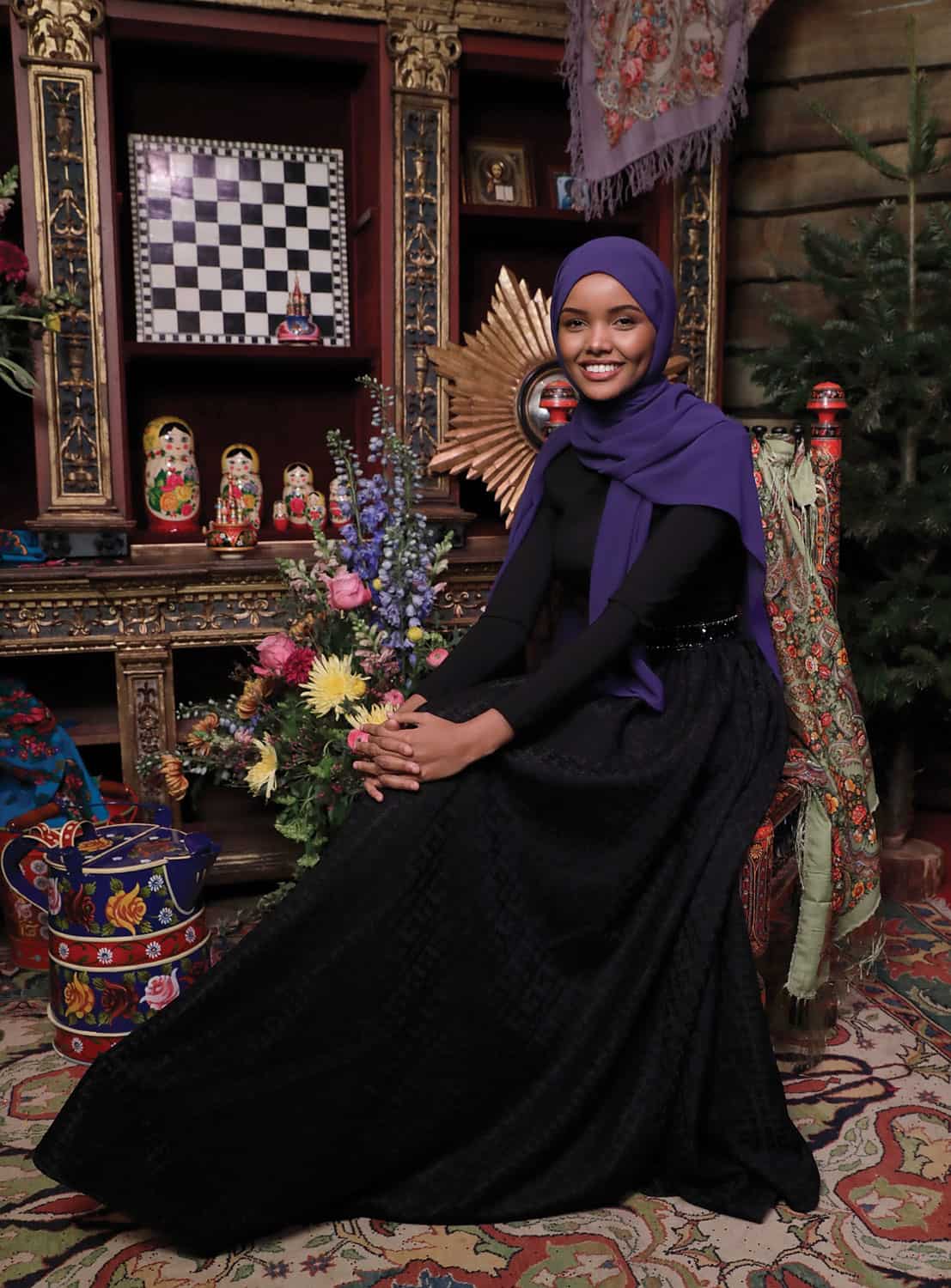 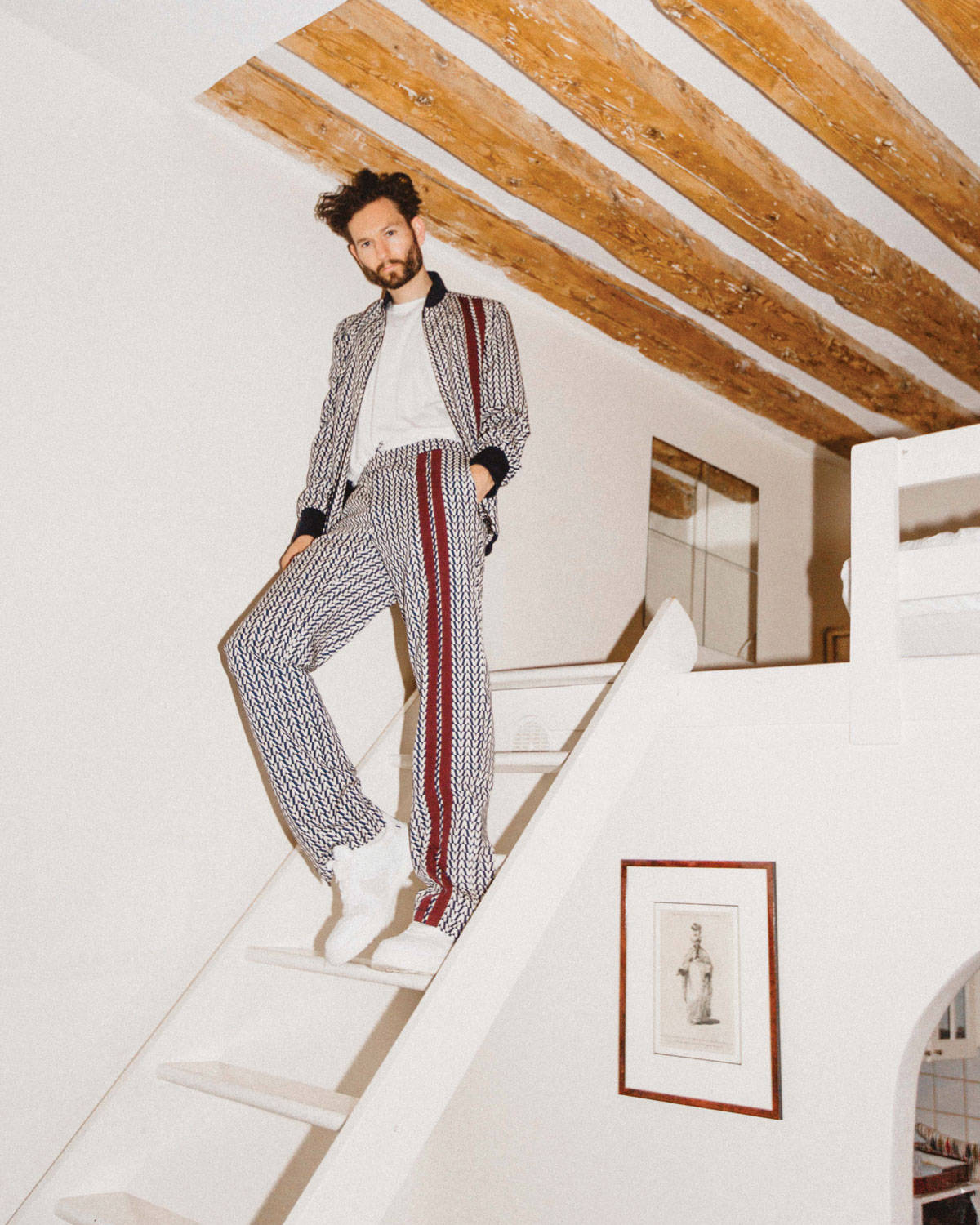 What first brought you stateside?
I was a Kiwi fashion writer, traveling on the international Fashion Week circuit for a few years with dreams of becoming the next Tim Blanks, who’s also a Kiwi. I tried living in Paris first, but found it too difficult to break into the industry. Once I moved to New York in 2011, a series of extremely fortunate events occurred extremely quickly, like Bruce Pask offering me a job writing freelance for The New York Times, GQ picking up my “Like the Boys” series, and Gilt MANual throwing me a few writing jobs. I knew I’d found my home. DJing came a couple years later, and the rest is history.

How did you get into the fashion world?
I became extremely obsessed with skate clothing from a really young age. I remember getting a book out of the library about skater style at age 12. I started working in hairdressing salons from the age of 14 — that’s what really got me psyched on the industry. I transitioned to working in designer retail stores and workrooms a couple years later, started my own T-shirt brand during university, and worked for fabric merchants and model agencies once I graduated. Then I pitched a story to a New Zealand magazine that had me fly to Sydney Fashion Week and write a daily diary of my experiences. I was 21, extremely naive, and completely, stupidly fearless, and it worked out. I got a full-time job as an assistant editor at a Kiwi magazine after that, launched my Isaac Likes blog, then got publicly fired from my magazine job for breaking a national news story that they believed wasn’t true. It was true, so I hired a lawyer, they settled, and I got a tiny amount of money that allowed to me to fly to Paris Fashion Week. I never looked back.

You’re DJing our New Wave party. Any must-listen songs?
“Hit Me Baby One More Time,” by Britney Spears; “Everybody,” by Backstreet Boys; “Gyal You a Party Animal,” by Charly Black; “Loodi,” by Vybz Kartel; “Zeze,” by Kodak Black, Travis Scott, and Offset.

YOU’RE launching a FASHION LINE. TELL US MORE!
I started off giving out these i like you! stickers. They made people smile, so I kept it up with T-shirts, hoodies, and socks—and there’s more to come!

Hails from L.A.
Sign Virgo
Big Break While Patrick was born into fame (dad is Arnold, mom is Maria Shriver), he purposefully didn’t use his father’s agents. He started in modeling before landing his first big role in Stuck In Love.
Education Patrick went to USC, majoring in business and minoring in cinematic arts.
Follower count 1.2M
Has Worked With Hudson Jeans, Tom Ford, VMAN, Vogue España, and L’uomo Vogue
Side Hustle Patrick is an entrepreneur and a co-founder of Blaze Pizza, Rumble Boxing, and Cubcoat’s. 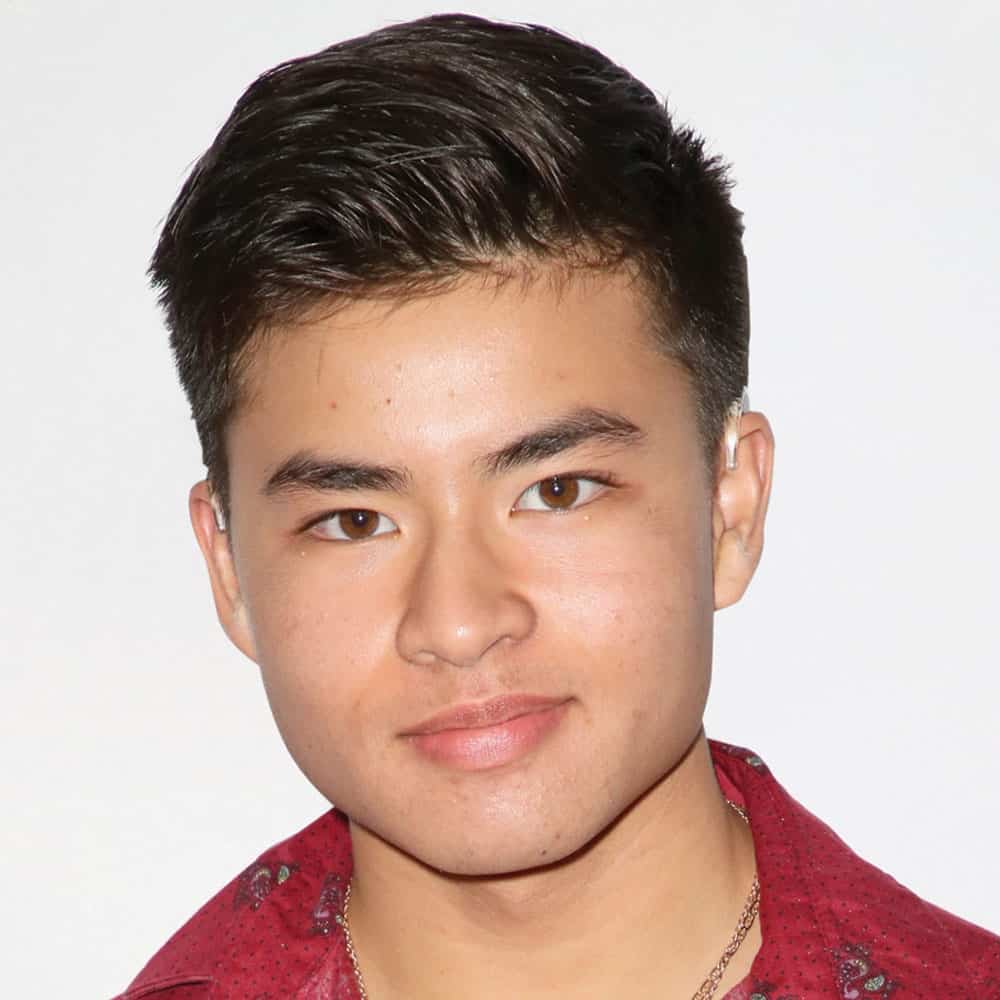 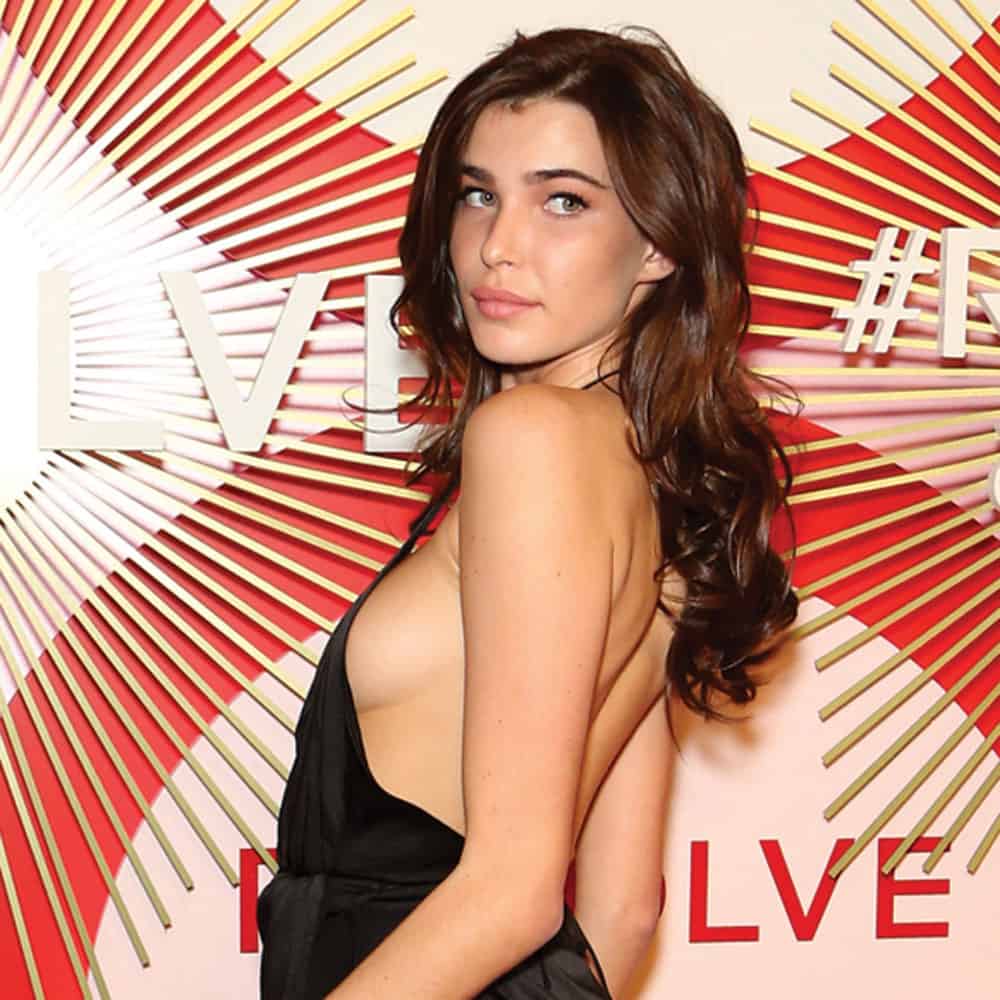 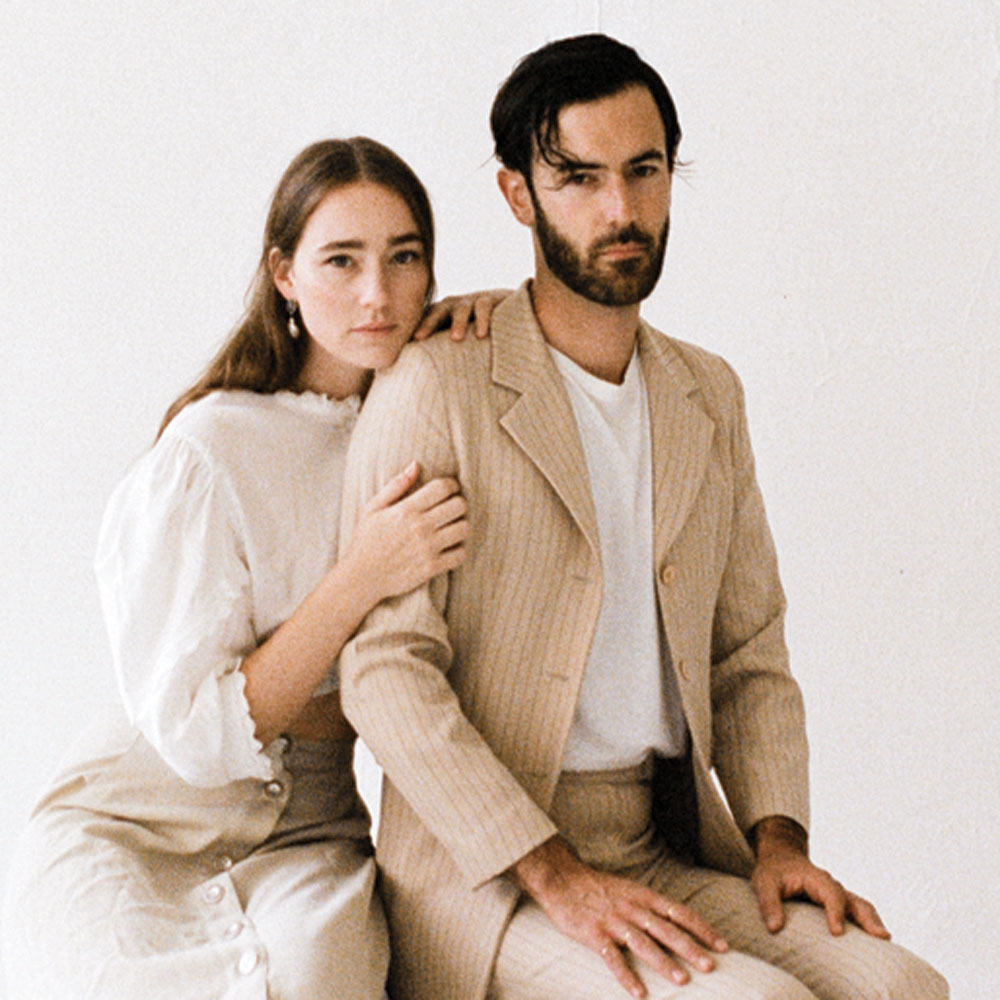 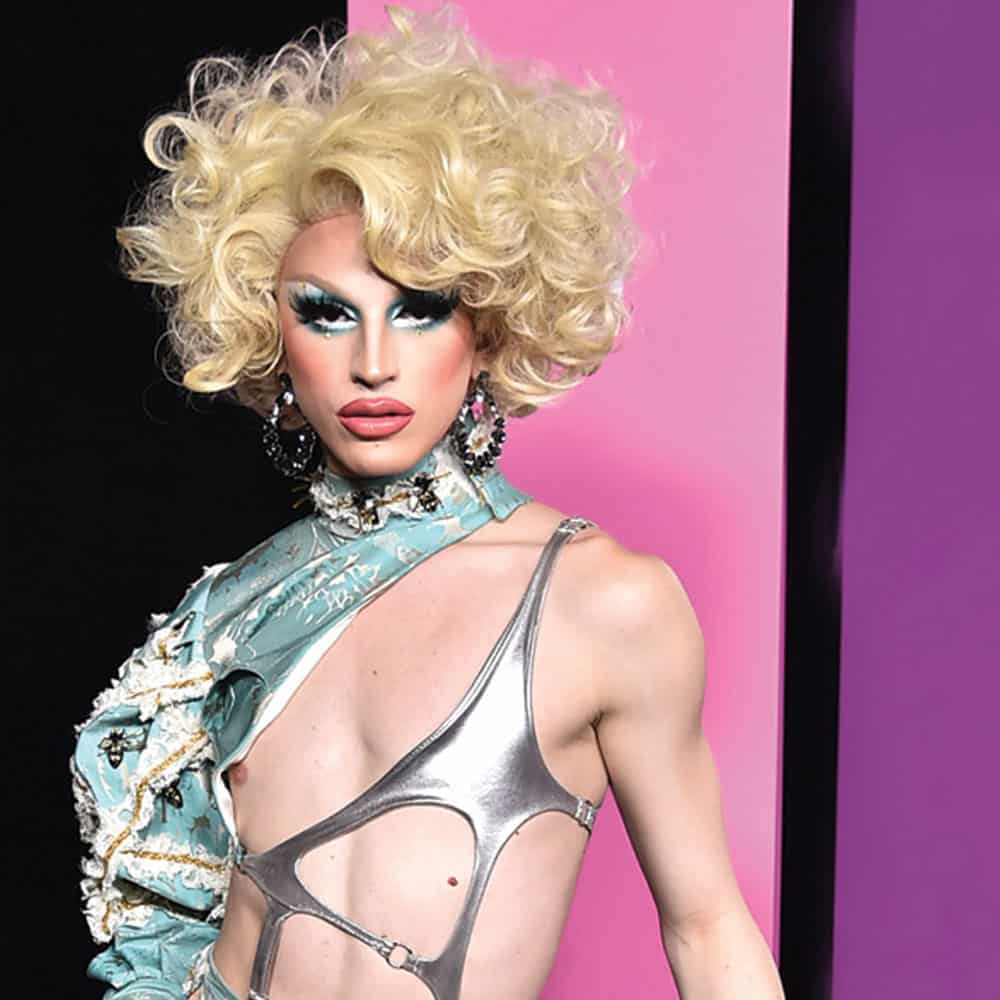 Big Break Won Season 10 of RuPaul’s Drag Race last year
Sign Aquarius, unsurprisingly
Education Attended the Fashion Institute of Technology for two semesters before dropping out to further pursue drag.
Has Worked With Jeremy Scott, who tapped Aquaria for his Moschino x H&M campaign, and Nicola Formichetti
New Gig Dazed Beauty’s entertainment editor, as of October 2018
Editorial Love Shot with Inez & Vinoodh for Vogue Italia last year; we hear she has American and French Vogue features in the pipeline
Bona Fides Vogue UK tapped her for their Next Generation list, and she was named breakout star at the British Fashion Awards

7 New Wave Hair and Makeup Artists on the Rise