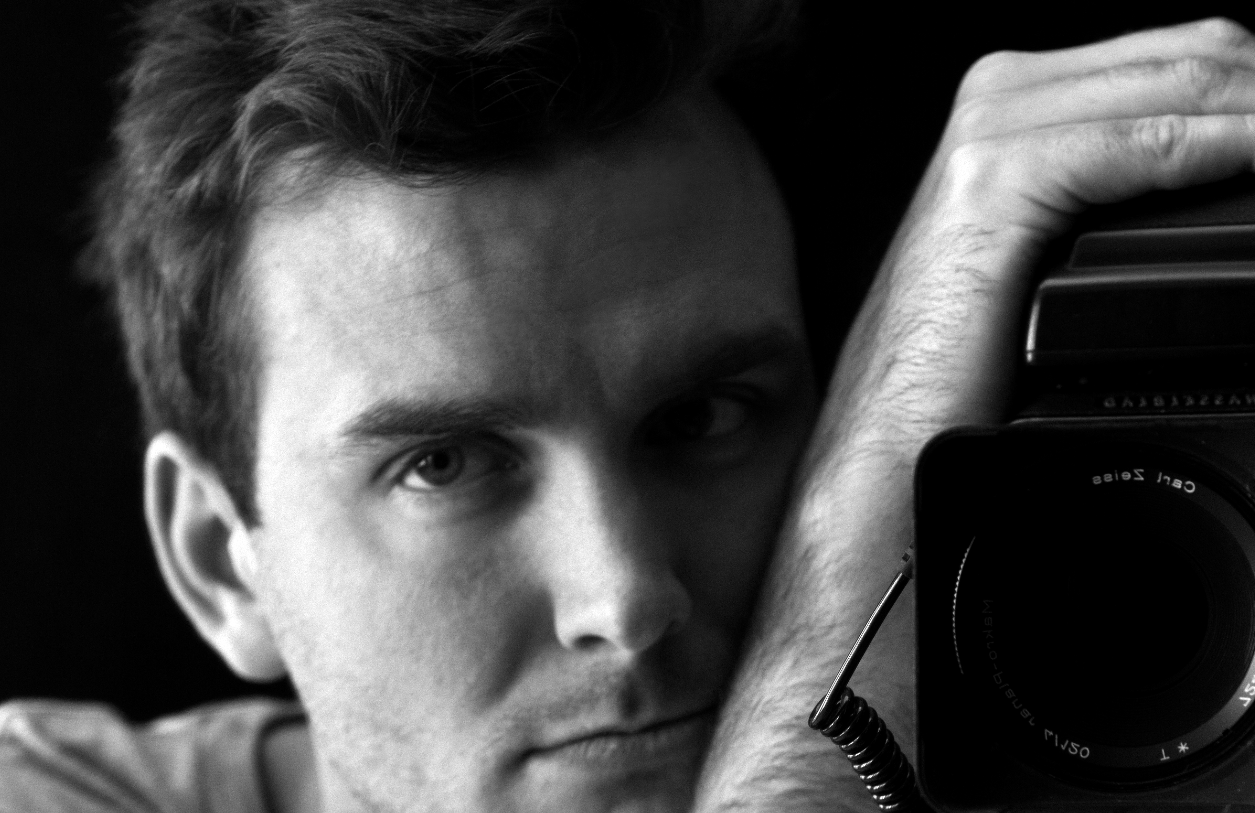 It’s a fearsome proposition to break into the family business when your father is an A-list talent, but Victor Demarchelier, 29, has become one of the most in-demand photogs in fashion. (The stunning September cover of Town & Country, featuring Naomi Watts, should explain why.) Meet the man behind the magic! BY EDDIE ROCHE

How did the Town & Country shoot come together?
The stylist was Nicoletta Santoro and Alex Gonzalez was the art director, and they came to me and explained the new vision for the magazine. They wanted Town & Country to feel more modern, but still chic—almost with a Parisian twist and a little more sophisticated. Not just the classic Town & Country we’re used to seeing. We didn’t want it to be ordinary.

Should we expect to see your work in ELLE now that Alex is there?
I don’t like to close any doors, but I am busy with the relationships I have.

You grew up on the Upper West Side, but it sounds like you have an accent…
It’s very odd, and always the topic of conversation. My mom is Swedish and my dad is French, so my accent is a mix of both. I went to Lycée Français, so I had a lot of European friends. Very few American friends, to be honest.

Did you ever live in Paris?
No, but I spend about three months a year there now.

Why did you study economics?
It was by default because I didn’t really know what I wanted to do. I was always good at math. I was doing studio art on the side but didn’t think it was much of a career. It was more of a pleasure.

What did you do after graduation?
I started working at my dad’s studio, doing a little bit of everything from managing to organizing. Then I started making some prints and messing around in the darkroom. After that, I started assisting and then started taking my own pictures. It was a snowball effect.

Did you spend a lot of time on-set as a kid?
Not all the time. I was hanging around, but I wasn’t really watching him work.

What does your mom do?
She used to be a model and now she helps manage my dad’s career.

Was photography an obvious path?
I wasn’t pushed into it—we were always encouraged to do whatever we wanted. By default, you don’t want to do what your father does. I’d never thought about it until midway through college.

How do your styles differ?
That’s for someone else to decide. We’re similar in many regards; we just have slightly different ways of going about the shoots.

What was your “big break”?
My dad and I shot a few pages for Vogue together. It was a story about shoulders, and Grace Coddington was styling.

You’ve now worked with many editions of Vogue—U.S., Australia, Germany, Japan, Korea, Mexico, Spain, Paris, and China.
It’s interesting to see how each works differently, but after a while, you focus on a few select titles.

How did you learn the trade?
Hanging around the studio for three or four years. Studying art in college also helped me a little bit, too. I was also able to ask a lot of questions and get a lot of advice from my dad’s friends.

What shoot are you most proud of?
I love the beauty shoot I did for Bazaar. I’ve just started collaborating with Numéro and that gives me something different from the Vogues.

Which other photographers do you admire?
I keep an eye on everyone. It’s nice to see that somebody you might not particularly like can produce a nice story. Some people are just more consistent than others. You never know when you’re going to see a great story.

Do you see shows during New York Fashion Week?
I’m not really into shows. I feel like they take too long to actually happen.

Where do you see your career going?
I just hope to improve! I started off shooting a lot in studio and now we’re shooting outside. It’s nice to mix  it up.

Who’s been your biggest cheerleader in the business?
Definitely my father. He’s always motivating and pushing me.

Did you have any favorite photos of his?
I probably know his work better than anyone, because one of my jobs was to sell and manage his archives. I also handled most of his fine art, so I was looking at pictures all day. There are so many I love!

Are there any drawbacks to having a famous last name?
Yes, but there are also advantages. There are always comparisons that other photographers wouldn’t have.

How often do Americans butcher it?
All the time! I think it’s just impossible to pronounce it in English. Most people prefer to mumble.

The Fashion Media Awards: A Night To Remember