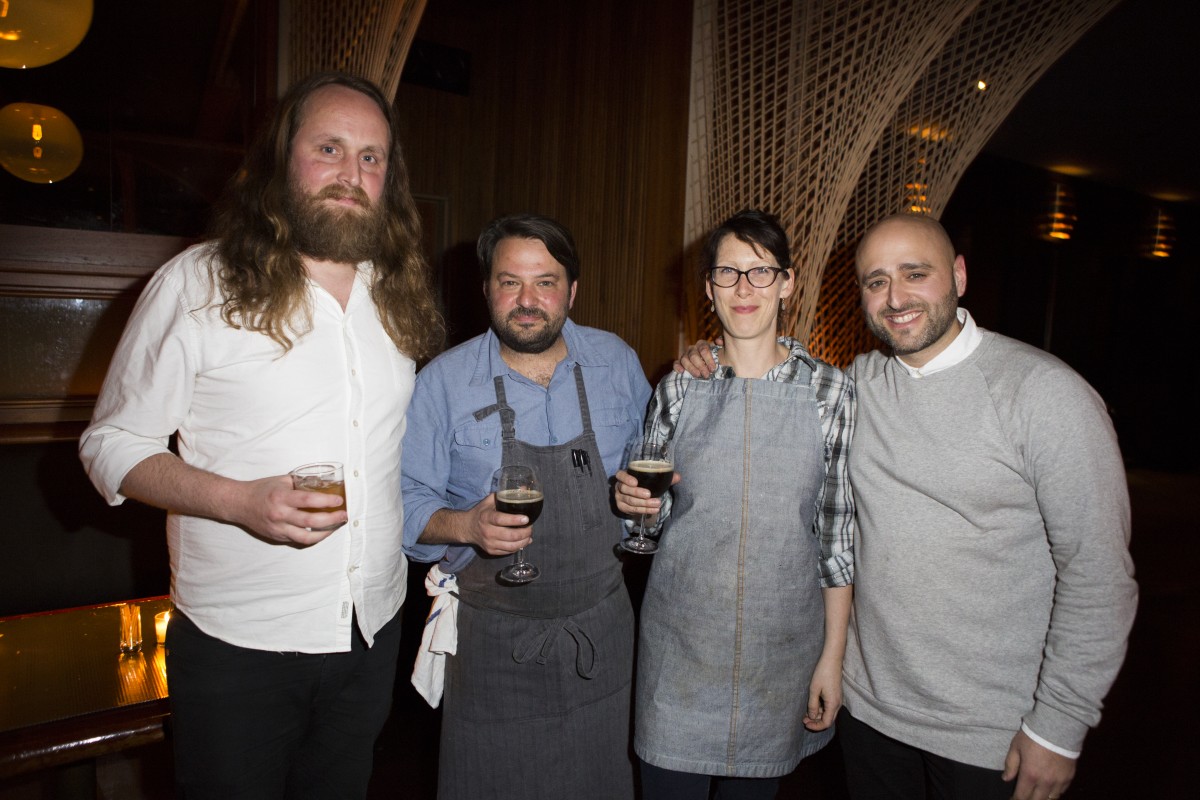 The third installment of “Dinner Party,” Morgans Hotel Group’s pair-up with Vice’s brilliant food channel, Munchies, came to NYC’s Royalton Hotel last eve. Adored San Francisco restaurant State Bird Provisions whipped up the menu of delectably off-kilter dishes, which were self-serve. Some creations, like beausoleil oysters with spicy kohlrabi kraut and sea urchin guacamole, were placed on carts scattered throughout the room for noshing on liberally, while others, like rabbit sausage meatballs with castelvetrano olive and pork belly citrus salad, were passed around to the eager crowd of food world hotshots, a few grub-appreciating chicsters, and some Vice folks. We witnessed a sole moment of dining trepidation: two gals skeptically eying a platter of fried quail wings being offered up as they waited for their drinks at the bar. (Wisely, they didn’t skip out, though they did split one wing.)

Other morsels brought around by State Bird Provisions’ Stuart Brioza and Nicole Kransinski included lobster caesar, duck liver mousse with almond biscuit, guinea hen dumpling with preserved lemon, duck ham with umeboshi-rosemary and salted cucumber, and spicy fried califlower and Bayley Hazen blue cheese. As the crowd feasted and gabbed away, sipping on cocktails by Ryan Chetiyawardana (the pea hi-ball with asparagus shavings was our favorite libation), the menu itself provided further entertainment. Pourquoi? There was a crossword puzzle to fill out with golf-scaled petite pencils. The New York iteration of the “Dinner Party” series follows a stop in L.A., where Pok Pok chef Andy Ricker was on kitchen duty, and at Art Basel in Miami, with Carlo Mirachi of Roberta’s and Blanca flying down to cook. Until the next “Dinner Party”! 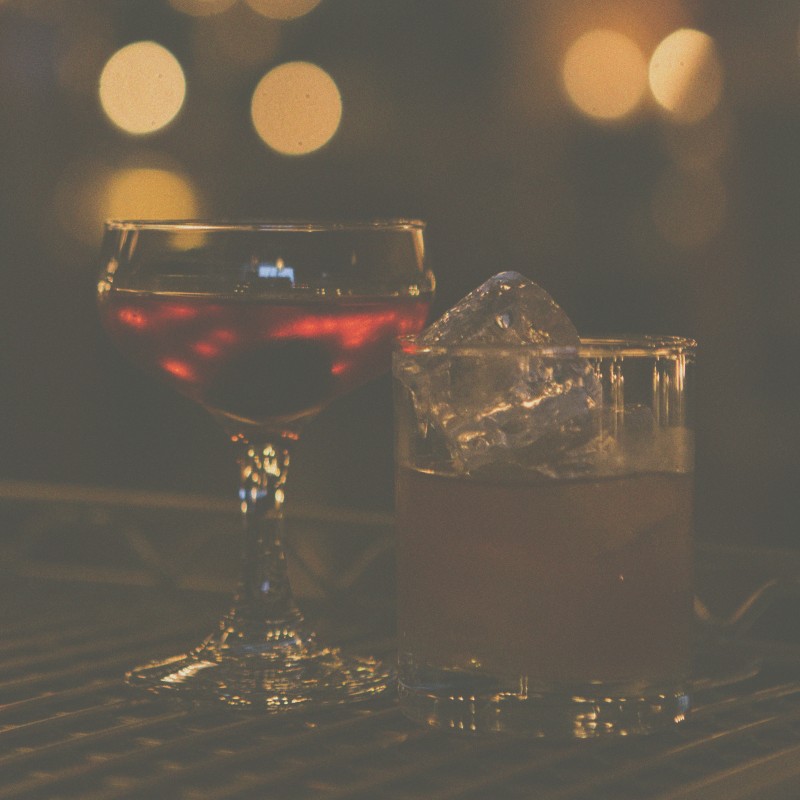 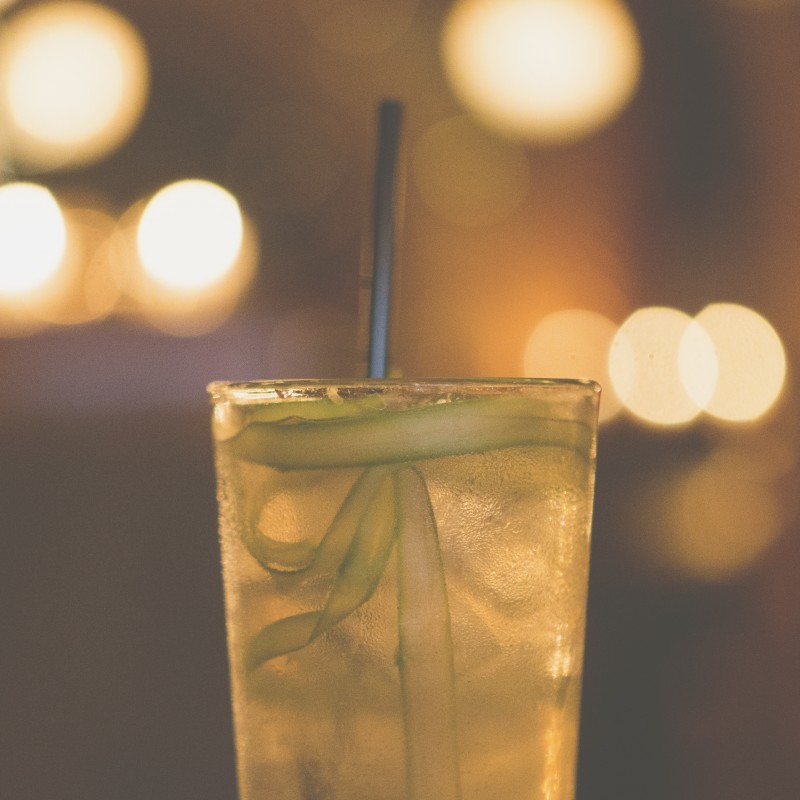 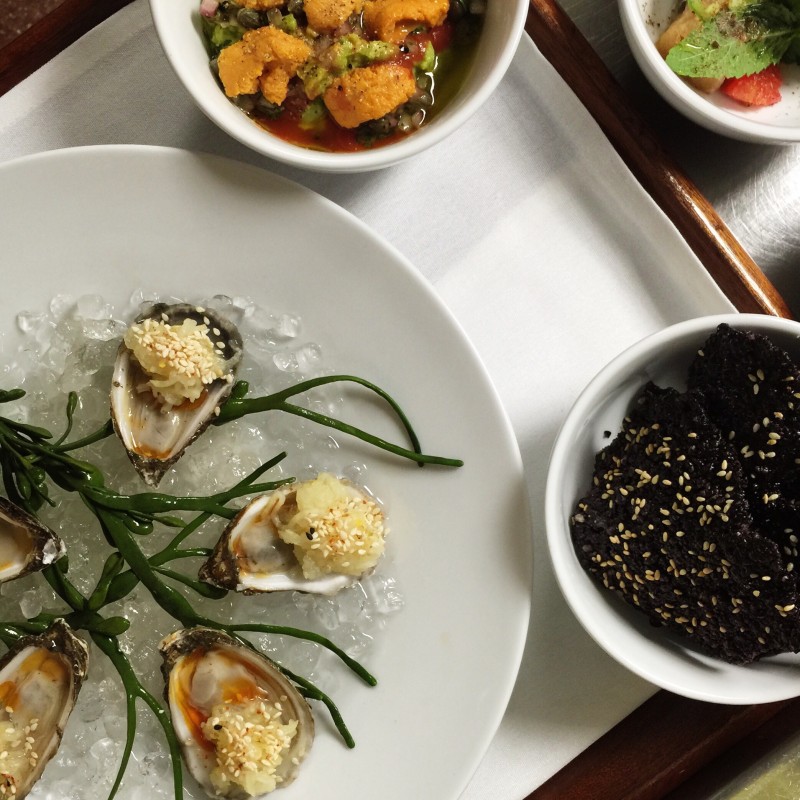 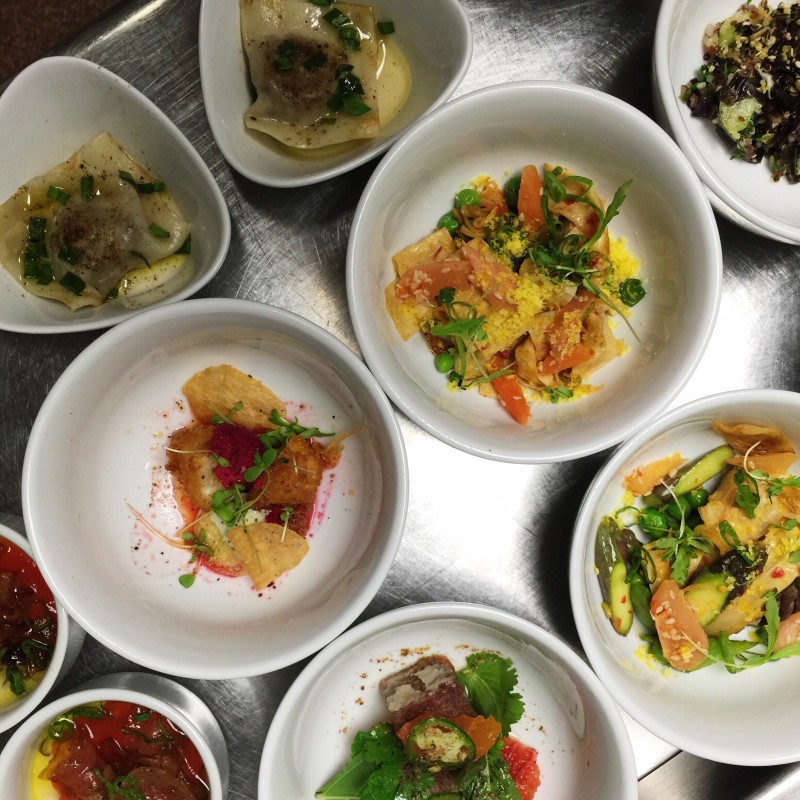 Vogue Cancels Collaboration With Vice at the...

Garage Is Here to Resurrect the Arthouse...