Extra Extra! Vanity Fair‘s iconic “Hollywood” issue, the annual gathering of film and television’s biggest stars united in one majestic editorial, is here. The 27th edition of the title’s special portfolio was released today, featuring 10 performers and entertainers from the silver and small screens the world is loving right now.

Naturally, this means an array of famous faces, from Zendaya to Dan Levy, who came together for the occasion—in this case, through 10 remote shoots in six cities, all produced and shot digitally by Maurizio Cattelan and Pierpaolo Ferrari. For this year’s issue, themes revolved around hope and humanity, resulting in a fantastical and colorful editorial. Styled by none other than Katie Grand, the cover story by Richard Lawson and accompanying images are utterly smile-inducing, reminding us of better times ahead. Below, peak inside the issue—and pick up your copy ASAP. 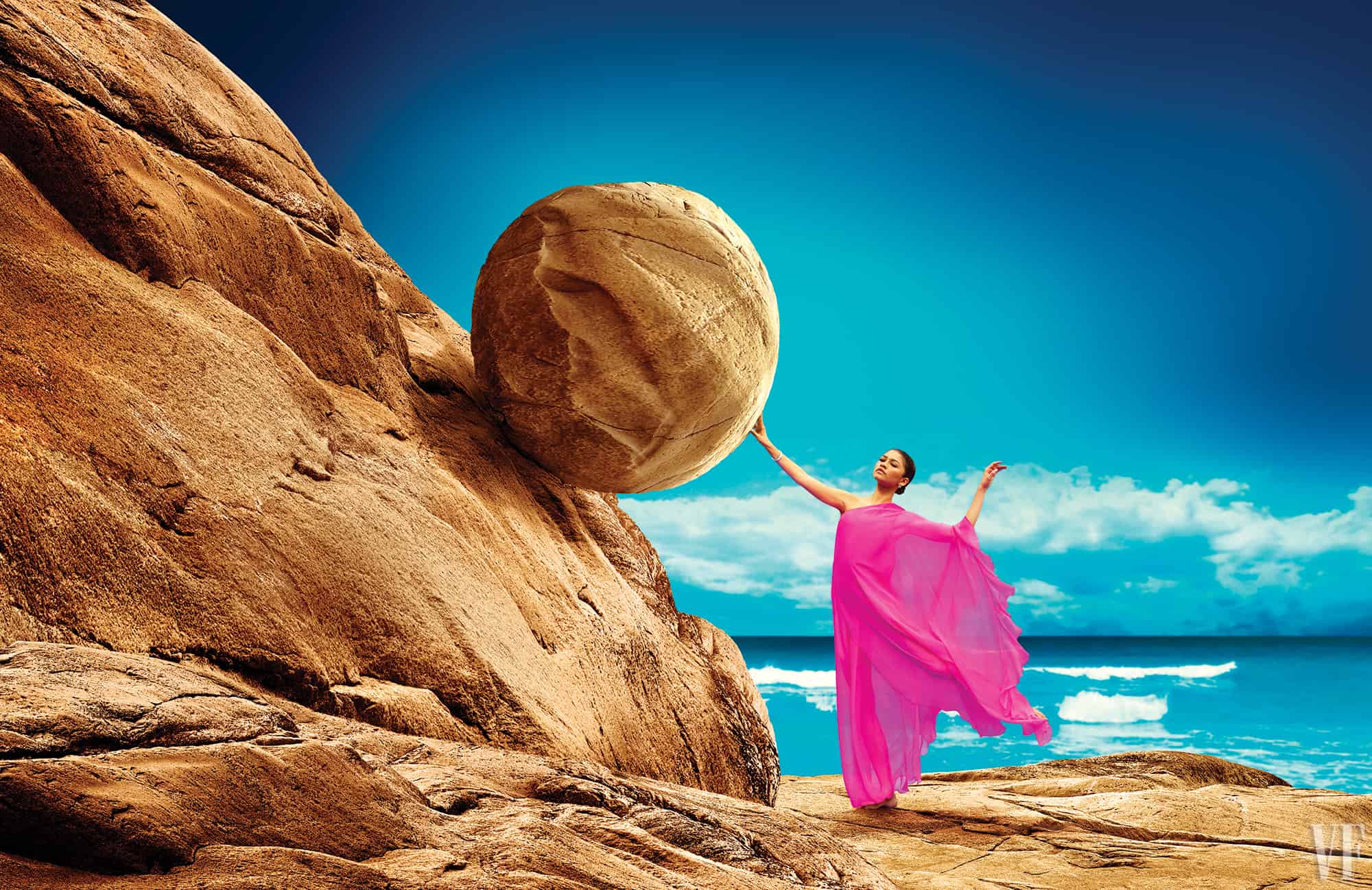 The iconic actress and Dior ambassador found massive success with action film “The Old Guard,” which premiered on Netflix last summer—in fact, she believes it was destined to be shown on TV. “In the end, that’s why I think it was so successful. It thematically speaks to things that people were going through. And so part of me is like, ‘So what if it wasn’t on a big screen?’ I’m not mad at the fact that probably more people saw ‘The Old Guard’ than any other movie that I’ve ever made, outside of ‘Fast & Furious,’ in a theater,” she tells Lawson. 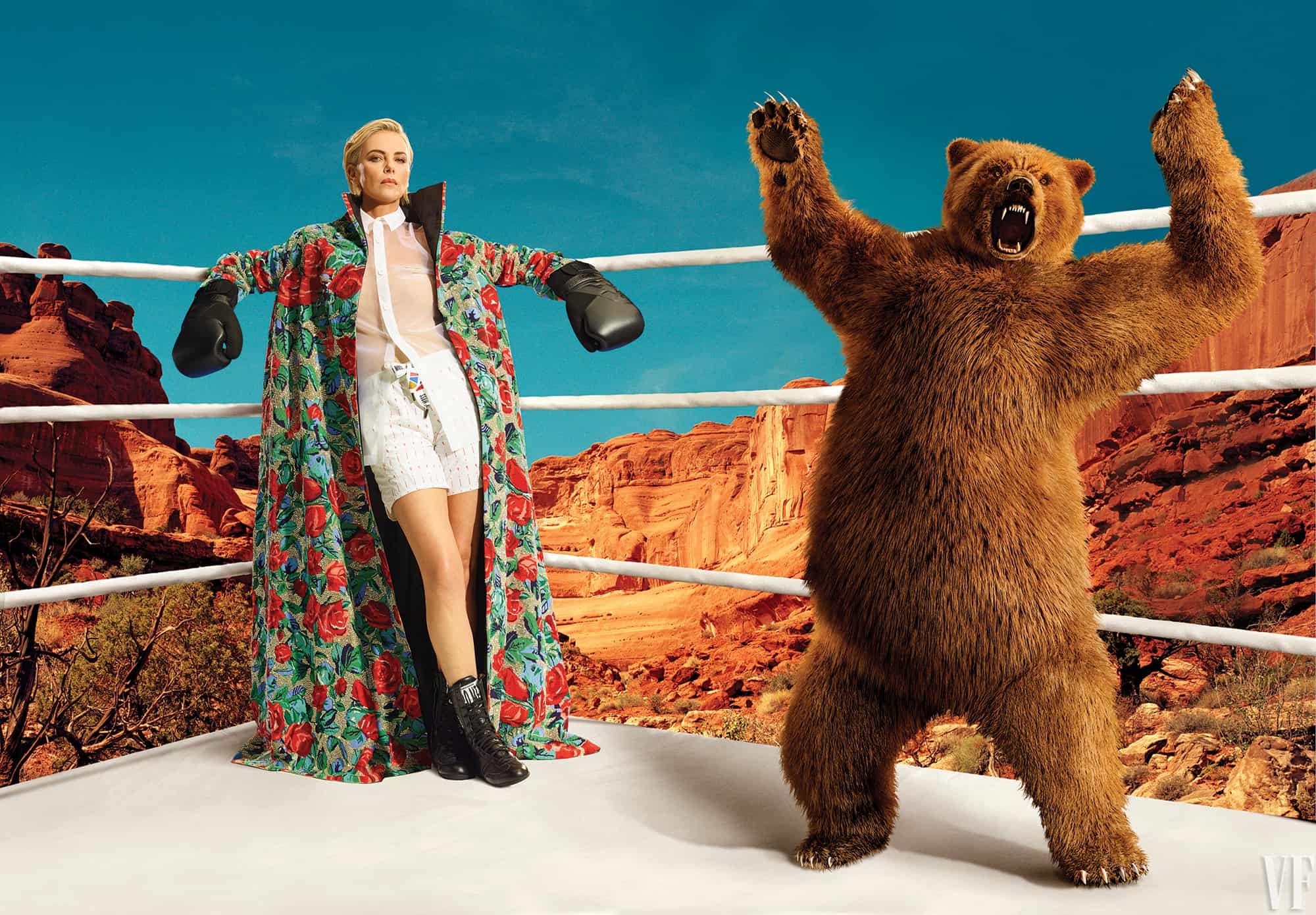 Spike Lee was on double duty this year, starring in “Da 5 Bloods” and “American Utopia.” The legendary producer, director, writer, and actor found filming in Thailand for “Bloods” particularly hard, due to the jungle setting’s air pollution and heat. But he certainly didn’t back down from the obstacle!”Nah, this was a challenging movie, but we knew that going in. We were going to a jungle. Snakes and shit. I mean, here’s my mentality: We’re making a war movie. We’re going to war. Nothing easy about a war,” Lee told Lawson. 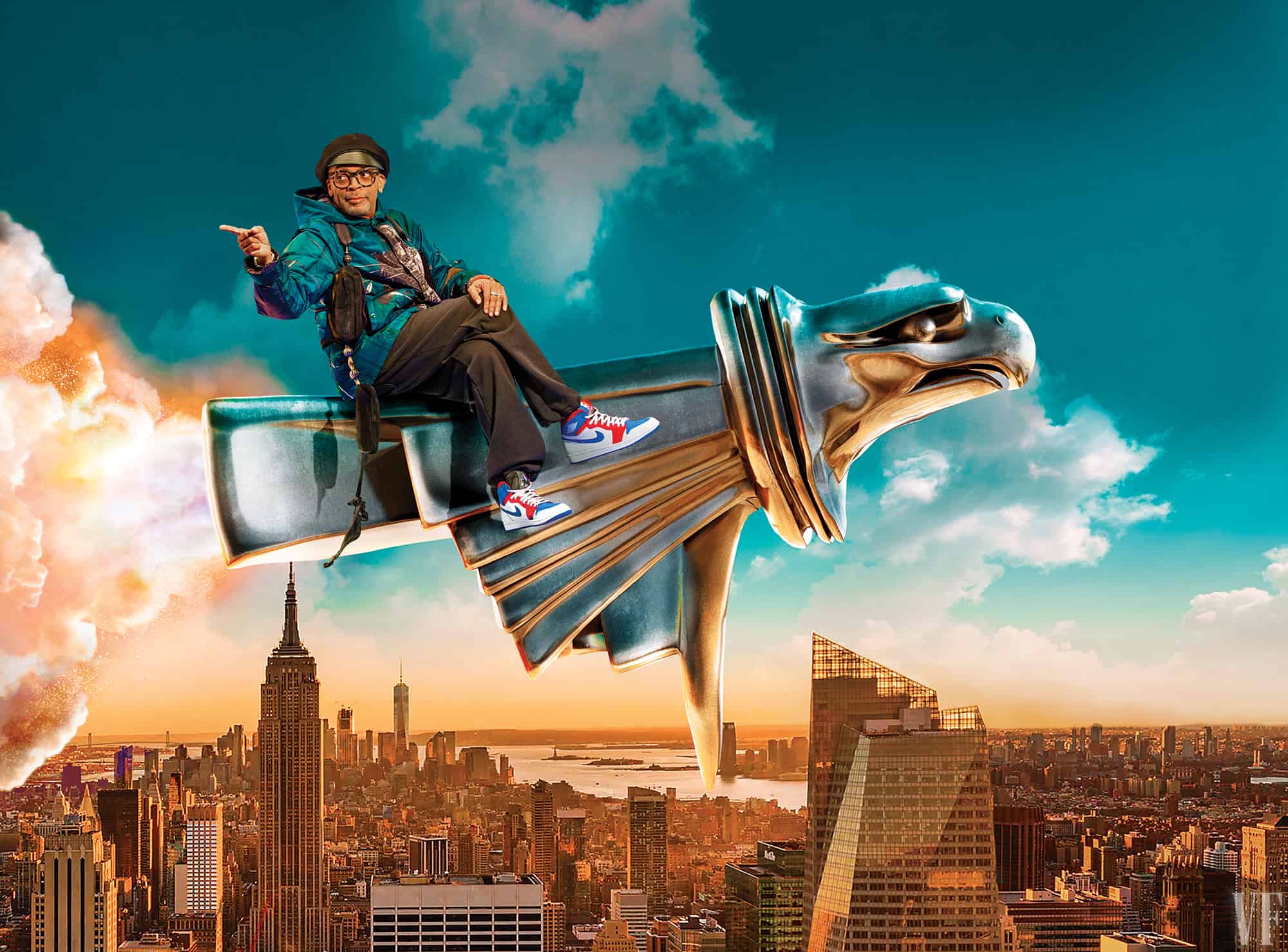 Sacha Baron Cohen, The Trial of the Chicago 7 and Borat Subsequent Moviefilm 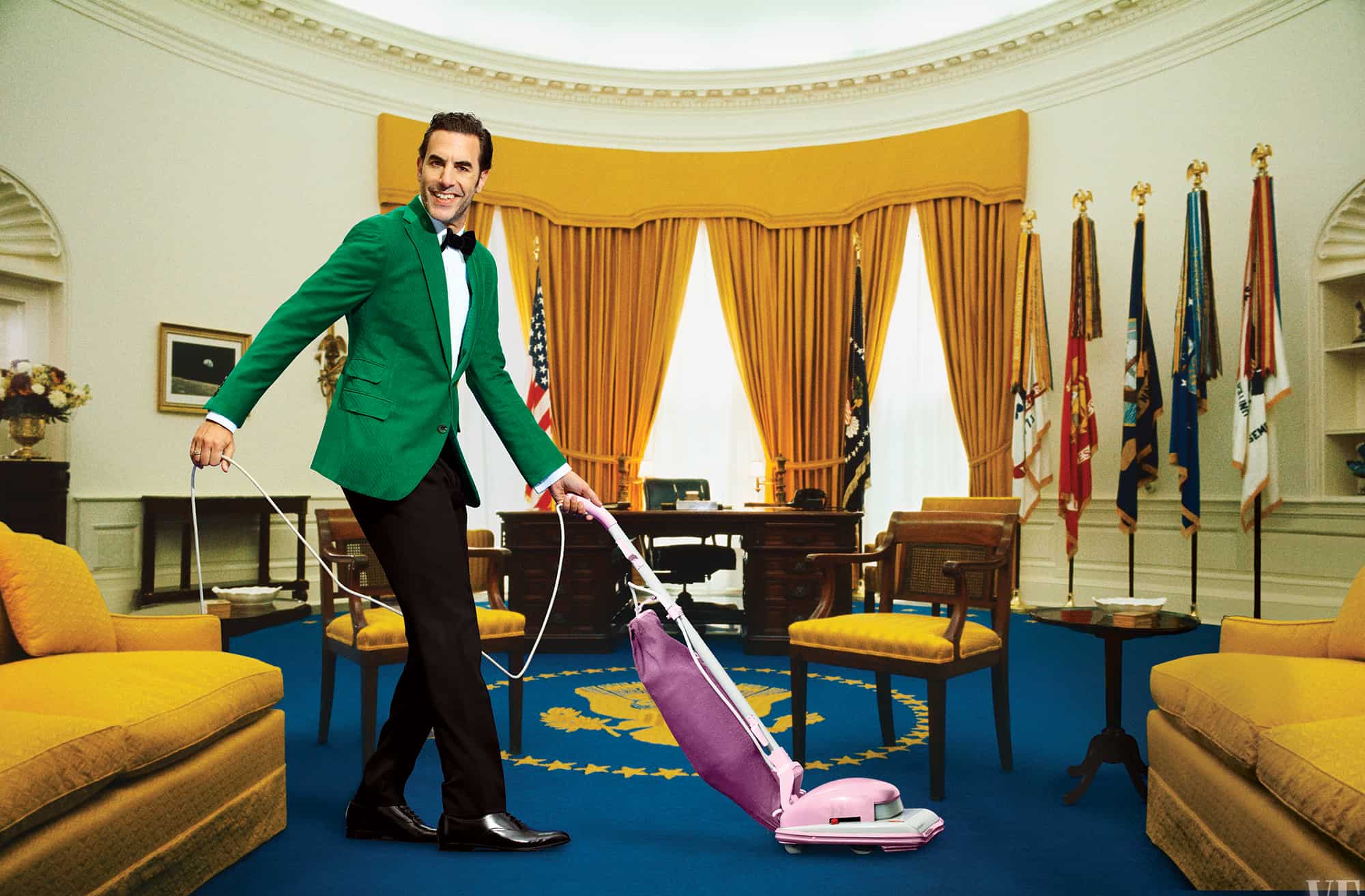 Michael B. Jordan, Without Remorse

Though Michael B. Jordan’s “Without Remorse” switched from being shown in theaters to debuting on Amazon Prime this April, the star didn’t have any qualms over its release. “Great material can live anywhere,” Jordan tells Lawson. “It’s really about the audience and how they want to consume it. And that’s not really for me to decide.” 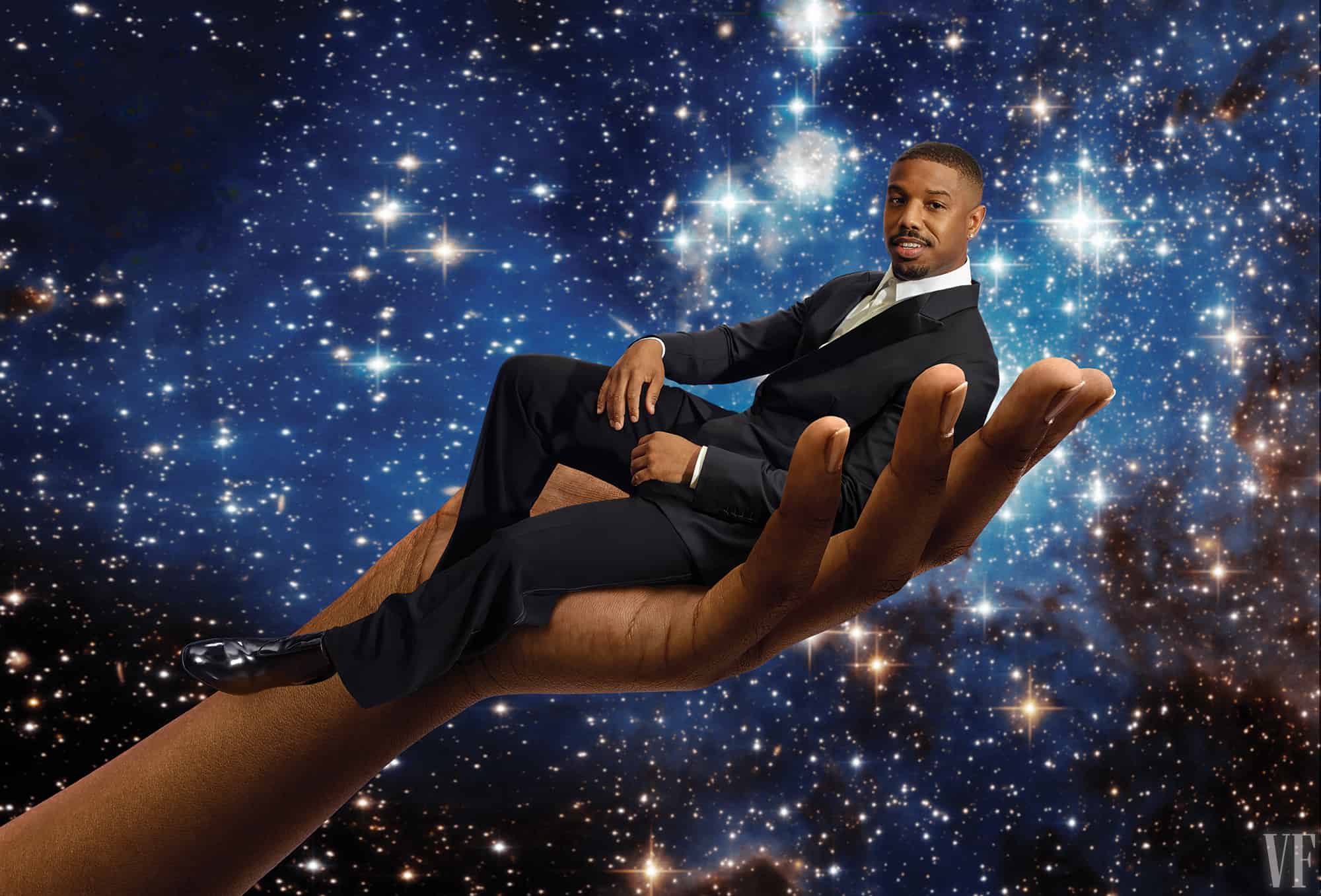 Awkwafina, Nora from Queens and Raya and the Last Dragon

Nora Lum, AKA Awkwafina, understands how her roles in projects like “Nora from Queens” and “Raya and the Last Dragon” have enhanced Asian-American representation in entertainment recently—but she also knows greater representation is needed for the future. “You don’t want to represent swaths of people,” she says to Lawson. “But if there are not that many of us, then some people are going to think that what they see onscreen is what we are. That’s why the solution isn’t more of me—it’s more people who are different.” 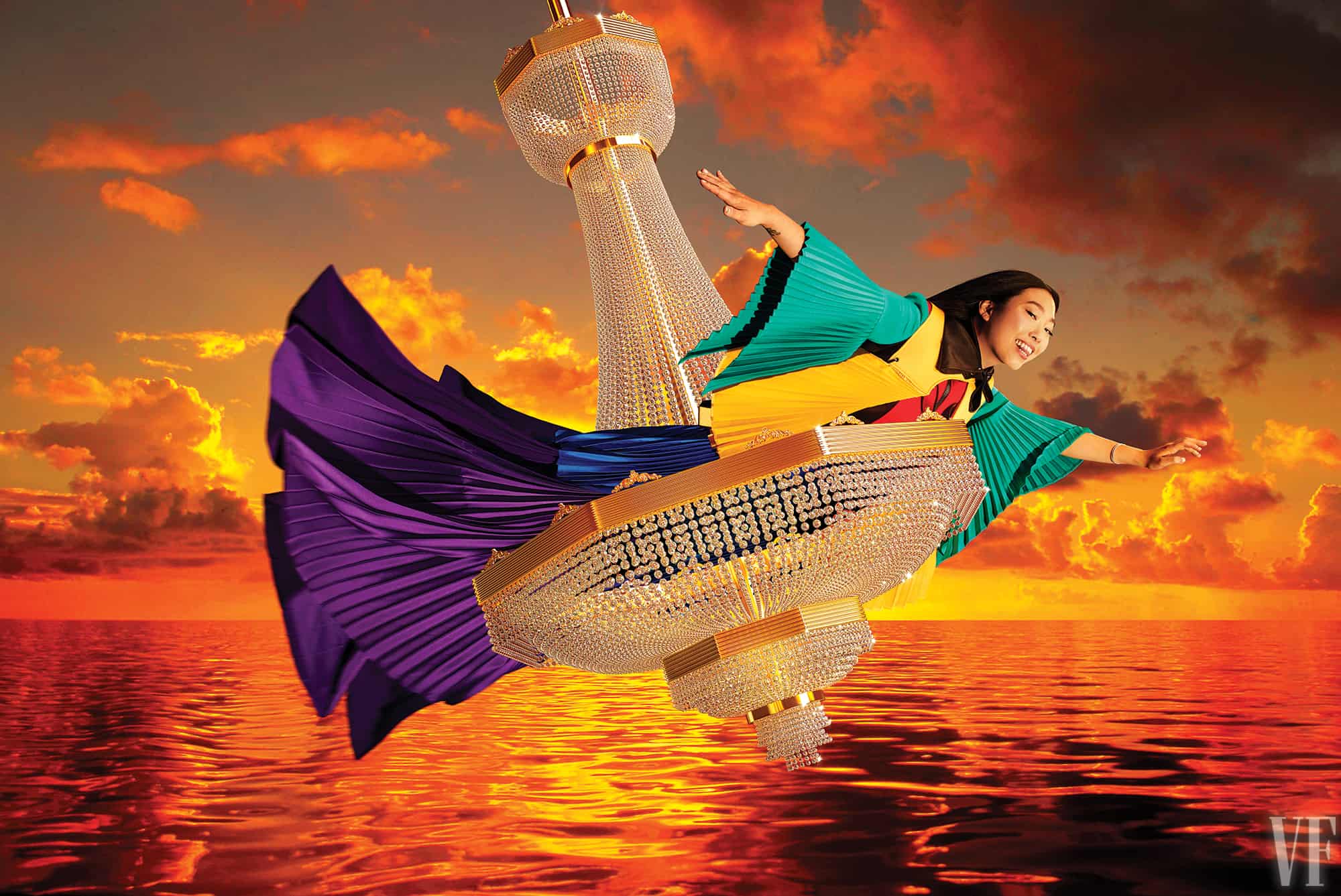 LaKeith Stanfield, Judas and the Black Messiah and BoJack Horseman

LaKeith Stanfield’s portrayal of FBI informant Fred Hampton in “Judas and the Black Messiah” has already garnered Oscar buzz. The similarly topical Black Lives Matter movement, which filled news cycles last year, was seen by the actor as a chance for critical thought and renewal. “It’s an opportunity for people, when you start to critically analyze those things,” says Stanfeld to Lawson. “Like, what kind of world do we want to live in? We can start re-creating it now. Sometimes the hard battles are the things that are worth it.” 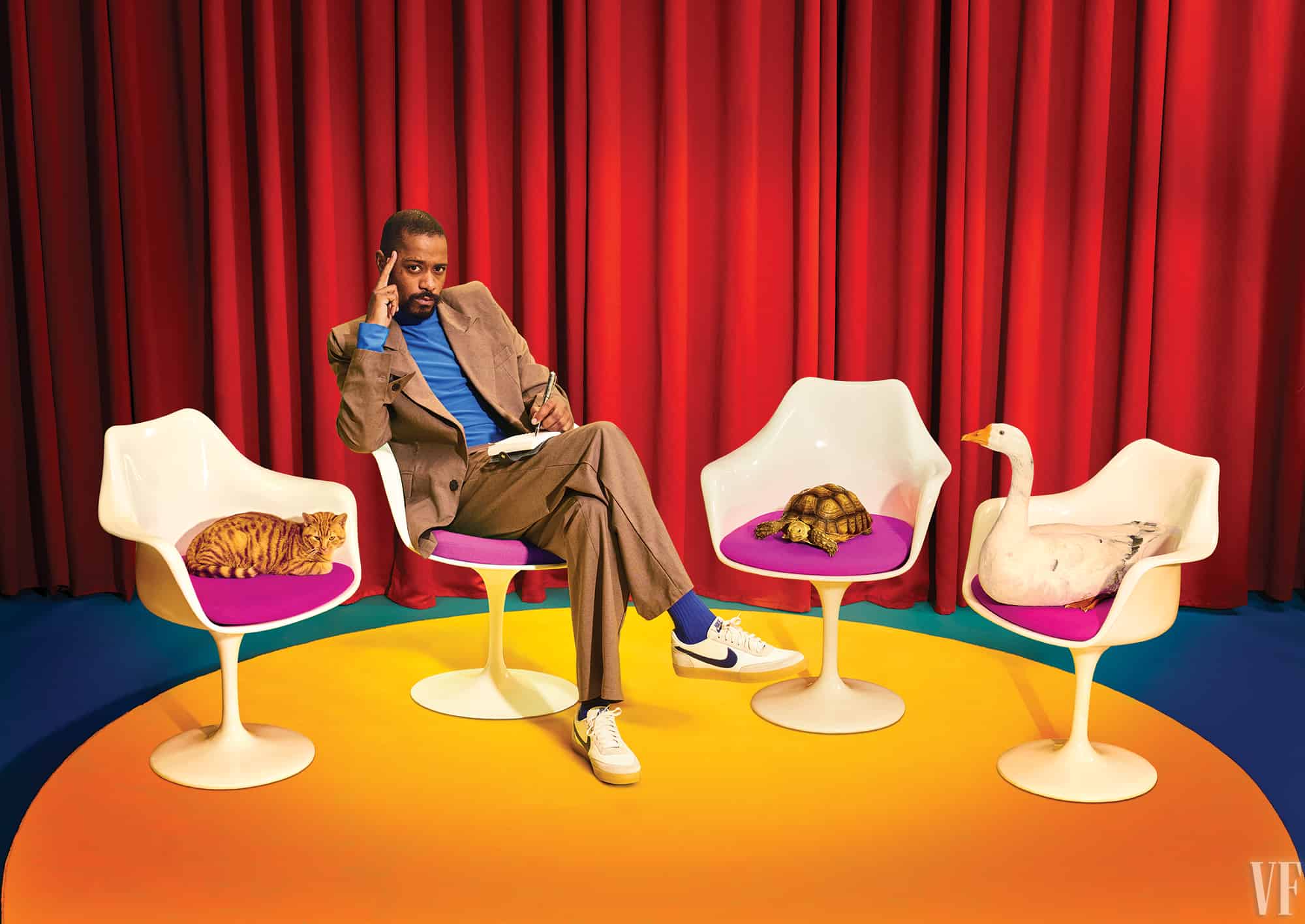 Maya Rudolph’s been on the comedy scene for awhile—but her return to performing on SNL as Vice President Kamala Harris brought a welcome wave of nostalgia to the late-night comedy show. Rudolph sees her reprisal as a homecoming of sorts, and an influence for newer cast members. “I’m now an elder,” she tells Lawson. “I’m now one of the elder women in the tribe, imparting wisdom.” 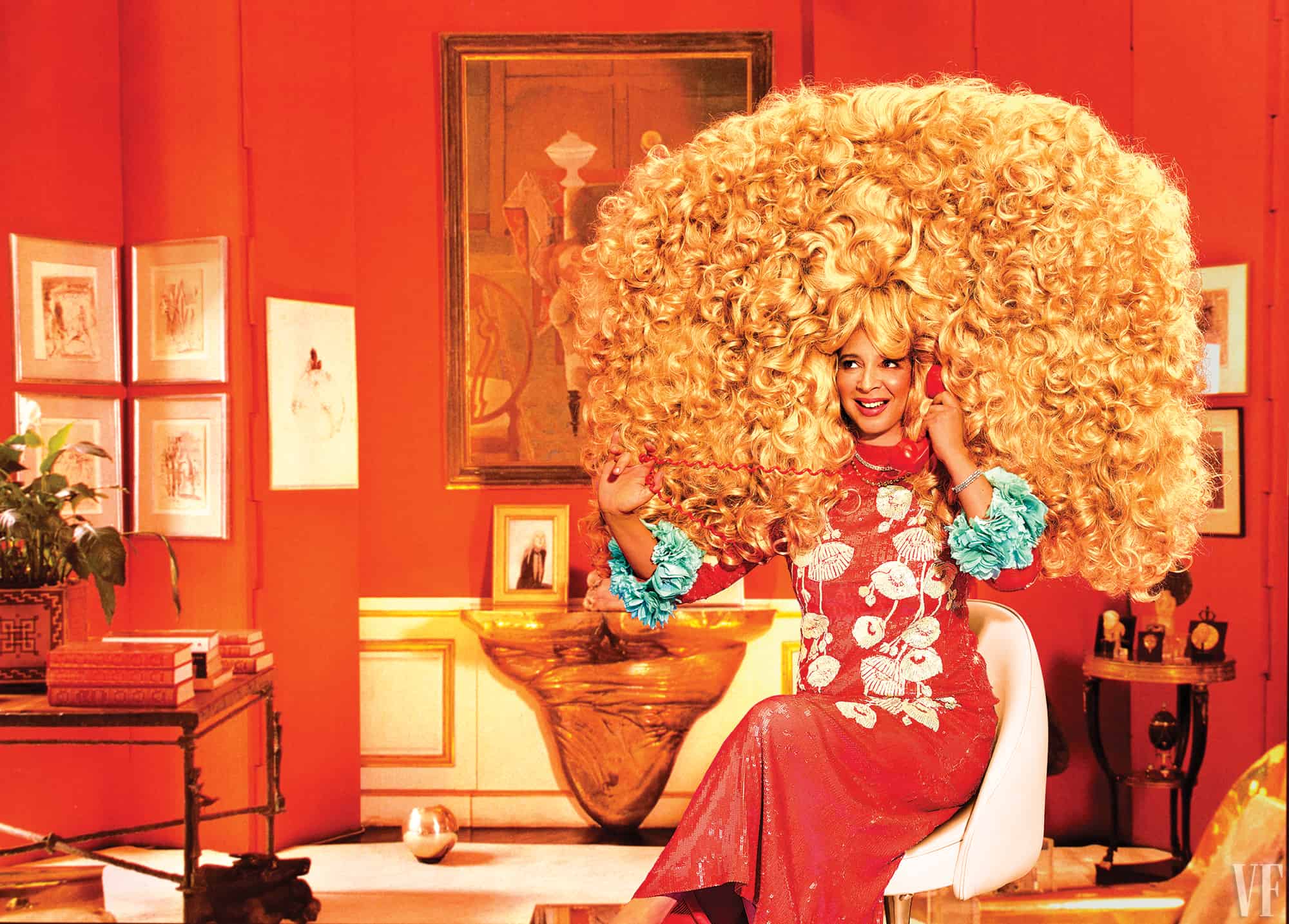 Michaela Coel, I May Destroy You

Audiences worldwide became infatuated with Michaela Coal once her dark comedy-drama show, I May Destroy You, was released on HBO last year. When she’s faced with in-person fan encounters, Coel’s still able to share an emotional connection—sans contact. “I’ve had moments of getting slightly teary with a stranger on the street and sort of wishing you could hug,” she tells Lawson. “But you can’t hug. So we sort of just do this thing where we put our fingers where they almost touch. It’s quite cute.” 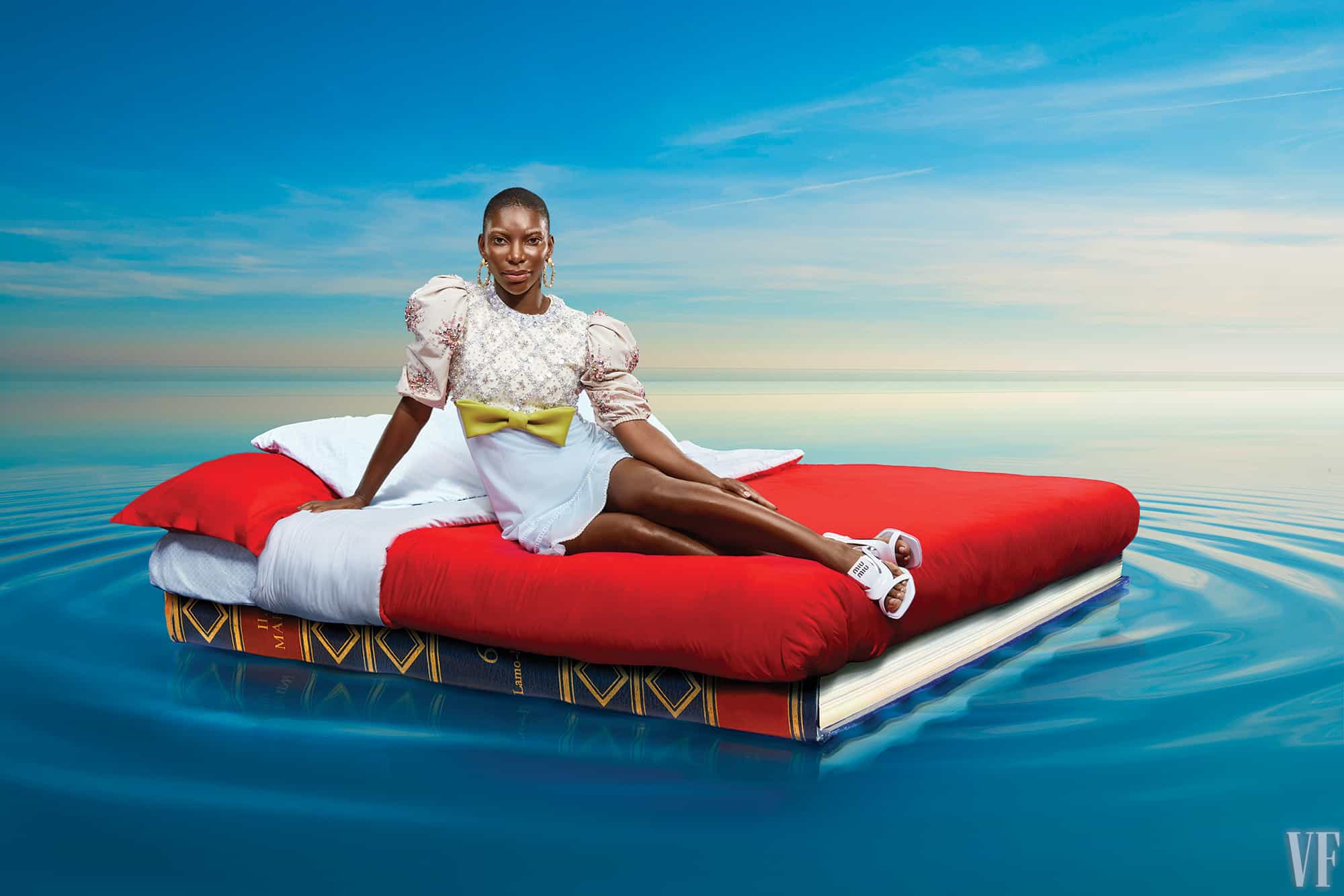 Dan Levy’s comedy Schitt’s Creek made headlines last year in its final season, as his character finally found true love in a gay couple, without making a big deal of it. “Personally, up until that point, I hadn’t seen a lot of gay characters and gay relationships portrayed with that kind of ease. As a member of the LGBTQIA+ community, we’re so accustomed to seeing the members of that community put in danger,” Levy discloses to Lawson. 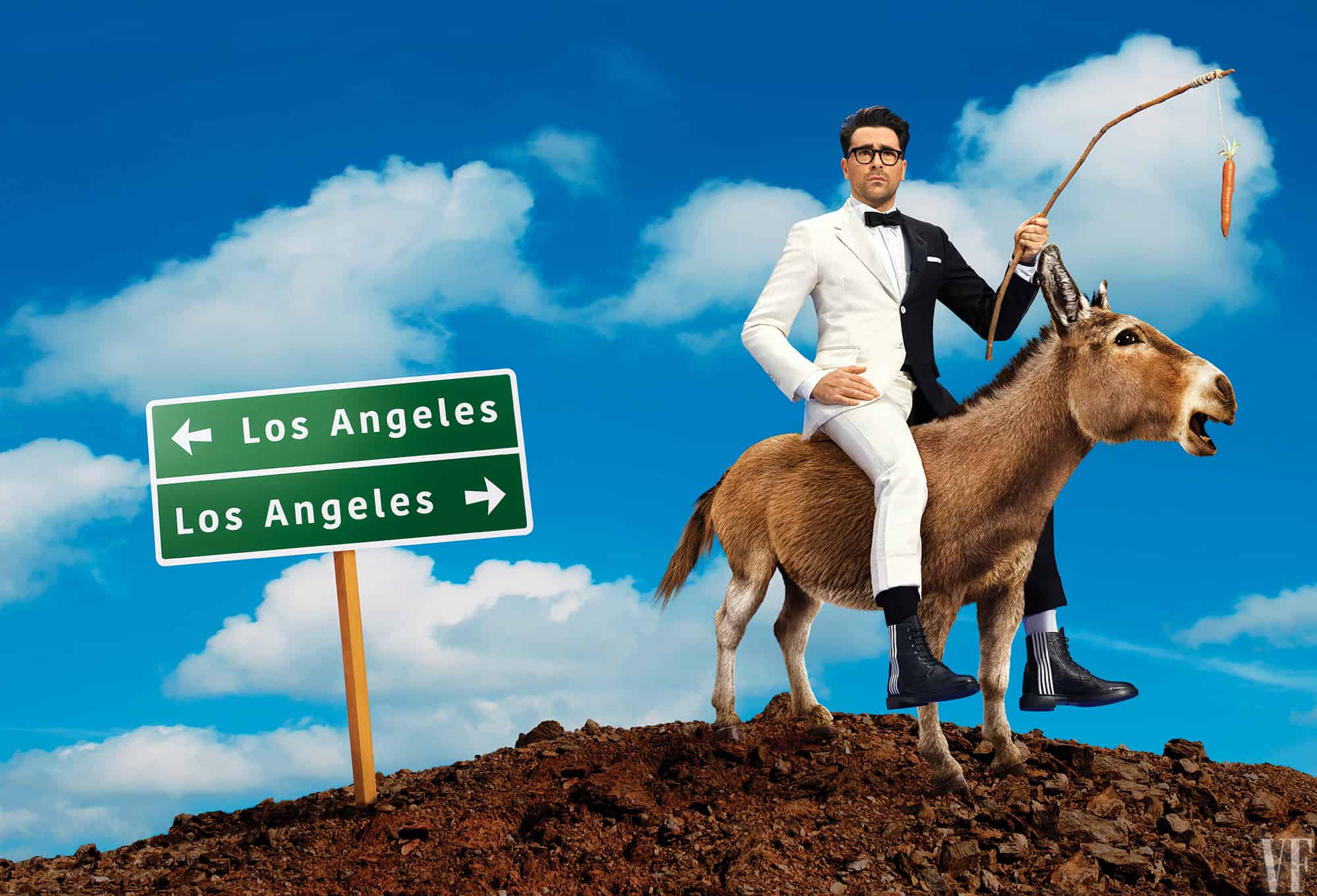 10 Made In Italy Womenswear Brands We’re Swooning Over