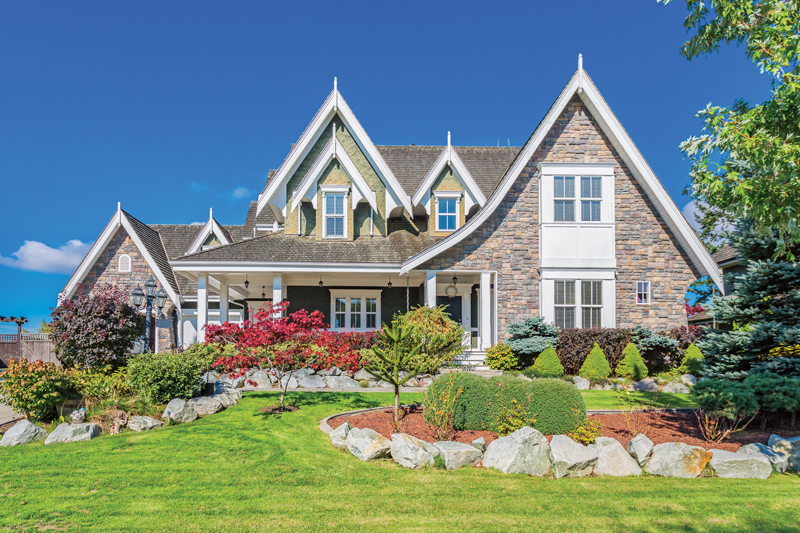 How does a renowned decorator of the East End’s most affluent residents put up with his high-maintenance clients? One frazzled tastemaker anonymously sounds off on the obsessive behavior, blown budgets, and unwelcome advances that make his blood boil.

Do you prefer being called an interior decorator or designer?
Designer, of course.

Good to know. What’s the biggest challenge of working in the Hamptons?
The craziness of the clients. Everyone has really unrealistic expectations. They want things to happen immediately and don’t care about how long things take to get made. There’s a lot of entitlement here.

What do you mean by that?
A lot of people believe that the more money they have, the faster things should happen for them. When I work with tradespeople on custom furniture, there’s a standard timeline. It takes as long as it takes. It’s called common sense, which a lot of clients can’t comprehend. I’m not selling sweaters here!

How do you deal?
Very patiently. In an initial meeting, I spend a lot of time determining whether I’m even going to take on a certain client. How much aggravation will they bring me? If you’re going to be a big pain in the ass, I’m walking away.

Did you learn this lesson the hard way?
Yes. When I just started out, I was nickeled and dimed on my fee because I thought that the project would be highly visible and therefore worth my investment. But my client was paralyzed by the mere idea of making a decision. She spent so much time changing the heights of doors that her builder may have gone legally insane. I’ll never get that time back.

Did you always keep your cool?
I tried to quietly fire her, but her husband got involved and upped my payment, which finally made it worth my while. Something tells me he’d been down this road before.

Do you ever see couples fighting in front of you?
All the time! What typically happens is that I end up becoming the husband’s secret go-to guy. If you want to get paid and get the job moving, he has to be on board. To leave the husbands out of it is foolish. I have to make sure they’re comfortable with the budget, and everything is transparent. When men feel like their wives are running rampant and throwing away money, they go ballistic. Whomever is signing the check is my No. 1 priority. I enjoy dealing with the finance guys. I find high-strung personalities appealing.

What else makes your life hell?
Control freaks. When you hire a plumber, you let them do their job without offering up your opinion on a better way to fix a clogged toilet. Why can’t you afford me the same courtesy? Just because you read Domino doesn’t mean that I care about your opinion. I spent six years training under [redacted]! Do you know what I’ve had to endure to get here?

We’re very sorry.
Don’t ask me to present you with a custom design of your dream sofa and then stay up all night to get the bargain basement version on One Kings Lane. Do you realize I’m losing my kickback from my sofa guy? Don’t waste my time. Also, this isn’t an apprenticeship. Don’t shop around and show me your “finds.” Why do you care about my approval? You’re not a designer, and that’s totally fine. You basically hired me because you have no taste and you’re smart enough to know that you can’t do it yourself. So give me a copy of your AmEx Centurion and move on.

Are men or women the worst offenders?
It’s normally a wife who has way too much time on her hands. Let me tell you, there’s no scarcity of those on the East End. It’s a balancing act: You let them participate, but remind them that you’re in charge. When they go off the reservation and buy something without my approval—which, inevitably, is a disaster and a waste of money—I’m never afraid to say, “I told you so!” I quite enjoy it, actually.

What’s the most obsessive behavior you’ve witnessed?
One client repainted a room 12 times. She would have guests over and ask their opinion, and then she’d come to me with, “It’s almost there; it’s just slightly off.” She was manic. Quit holding up the process, woman!

What kind of money can interior designers make in the Hamptons?
Millions of dollars a year, if you’re designing one of those massive homes. A lot of us take a commission on the furniture sales. If you’re working with a million-dollar budget, you’re taking home a decent amount. The goal is to work on several jobs at the same time, of course.

Wow!
Clients always try to get you on board as cheaply as possible, which always bothers me. The best projects and relationships have been with people who respect me and my fee. If someone tells me I’m not worth my rate, that’s a warning sign.

Are you generally appalled at your client’s preexisting décor?
Absolutely! I’m always shocked by how people are living. Some clients express an interest in keeping certain pieces, and those are always something out of a horror show. How the hell am I going to make this work? It’s all very psychological. I never express my opinions on these issues right away, because a lot of the time, they’ve attached a strong sentimental value to that Remington. But ultimately, when you begin the final installation, clients realize that Grandma’s faux Tiffany lamp isn’t going to cut it.

Are you judgy about your friends’ homes?
Don’t we all judge a little? It’s an occupational hazard. Things can always be better, but I’ve learned over time to keep my mouth shut.

Do you get along with your peers?
We do, surprisingly. It’s nice to talk to someone who knows what you’re going through. Some of them have embarrassed us in the past, like that person who famously ordered the wrong size marble for a counter so that a crane had to lift it into the owners’ Manhattan pad, which resulted in a lawsuit. Those aren’t the types you want representing your brand.

Have you ever been hit on by a client?
[Long pause] Yes, and it’s really awkward. I usually nip that in the bud right away. What can I say? I’m an attractive guy.

A man or a woman?
A woman, believe it or not.

Was she blind?
[Laughs] I told her upfront I was gay! She wasn’t lounging around in her lingerie, but she was saying things that were uncomfortable, and prying into my romantic life. When she got a little too touchy, I said, “Look!” She got the picture.

What are some of the strangest requests you’ve heard about?
One client wanted her living room in East Hampton to be decorated exactly like her city apartment living room, like down to the books. I turned that down. A few years ago, every wife was doing those pole-dancing workout classes, so they would want stripper poles installed in their basements. I shudder just thinking about it. Dance aerobics are popular now, so people are building nightclubs instead.

Have you heard of any sex rooms?
Sure. Everybody who has been to [redacted] knows that’s a big part of that place. He has cages in his garage. It’s a whole thing. I was at a party there, and it’s so cheap and gross, but it’s fabulous. I vividly remember that there were these tall bookcases in the living room, and instead of anything interesting being on the shelves, there was a silver cooking pot. It was bizarre.

Who does one call to decorate a sex room?
I couldn’t even begin to imagine. I wouldn’t do it. If it was a Christian Grey level, that’s a whole different story. If we could upholster it in Loro Piana cashmere, and deck it out in a leather sling by Bottega Veneta and Hermès riding crops? I’m totally into that.