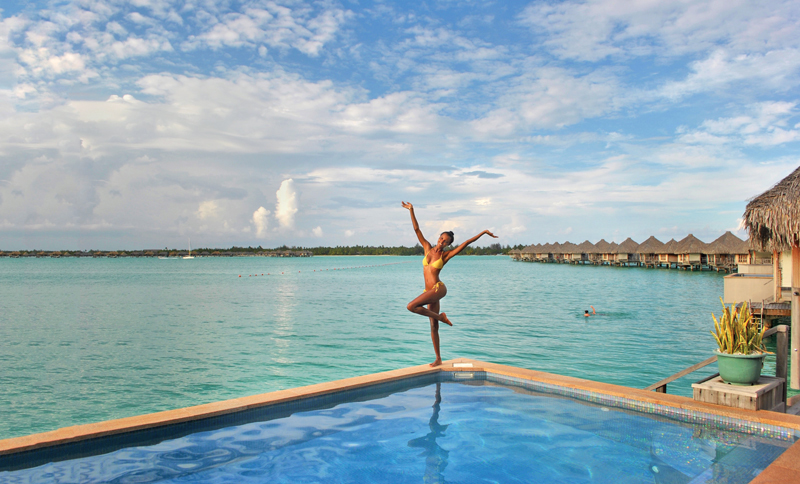 Tookes enjoying the pool at the St. Regis Bora Bora.

For Jasmine Tookes, the IMG model and Victoria’s Secret Angel, the magical waters of Bora Bora are the perfect complement to her weekends in the Hamptons.

What inspired your adventure in Bora Bora?
I went there on one of my first Victoria’s Secret jobs about five or six years ago. I was only there for 24 hours, and I knew I had to come back. It’s so beautiful. The water is insane! I decided to take a trip back and I stayed for almost two weeks with my boyfriend, Tobias [Sorensen].

How did you end up staying at the St. Regis Bora Bora?
I discovered it while watching Keeping Up With the Kardashians. The hotel looked amazing on the show, and I did some research and learned it was the St. Regis.

What was the appeal?
All the hotels in Bora Bora are built over the water, which is super cool, but this one had glass-bottom floors. When you are in your hotel, you can look down and see sharks and fishes swimming! The suites are also really nice.

What’s it like to look down and see the sea?
It was cool, but a little scary. There are a ton of sharks in Bora Bora. You wouldn’t really want to go in the ocean, although the locals insisted they wouldn’t bother us.

Are you afraid of sharks?
Terrified!

A view of the hotel’s bungalows, which are built over the water. 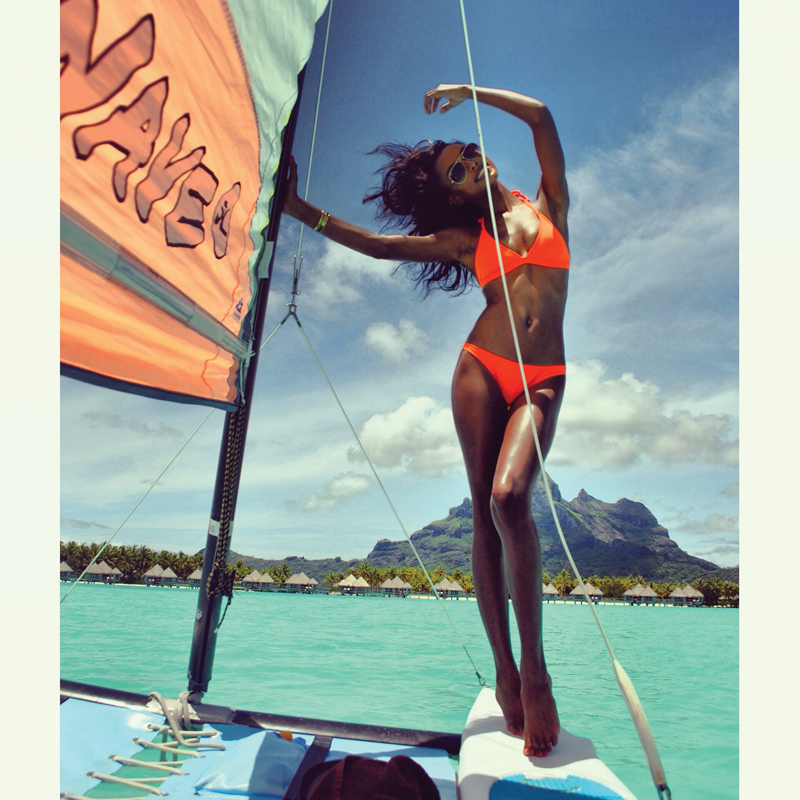 Tookes on the infamous catamaran. 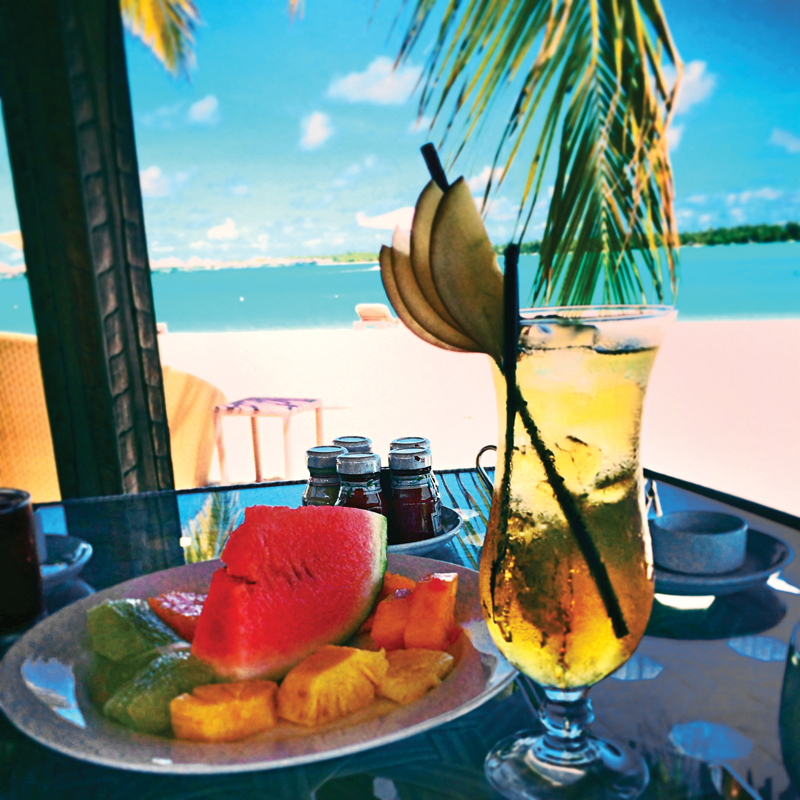 How did you spend your time?
We went to the main island, which is very small. We had a nice dinner at a family-owned restaurant. The seafood in Bora Bora is amazing. I ate the best red snapper of my life. On the other days, I relaxed. I would swim out in the ocean with the sharks, which was the most insane experience I’ve ever had. To be swimming with 10 sharks circling around…

What inspired that decision?
My boyfriend’s crazy! He said we should do it, and I forgot my GoPro camera the first time that we went, so we ordered one from the main island, and did it again! Nobody was going to believe that we swam with sharks unless we had it on video. The second time, it took me about an hour to get in the water, because I was so terrified. I would never do it again!

How did you spend your time on the beach?
They had amazing drinks served in a coconut that were mixed with ice cream and rum. I had a lot of those! We also met an amazing family while we were there. They had two kids, and we would all play cards for a couple of hours every day. They taught us a lot of new games.

The color of the water is stunning.
Every time I describe the water there, I say that it looks like there is a light underneath it. It glowed, even at night! I’ve never seen water like that in my life. 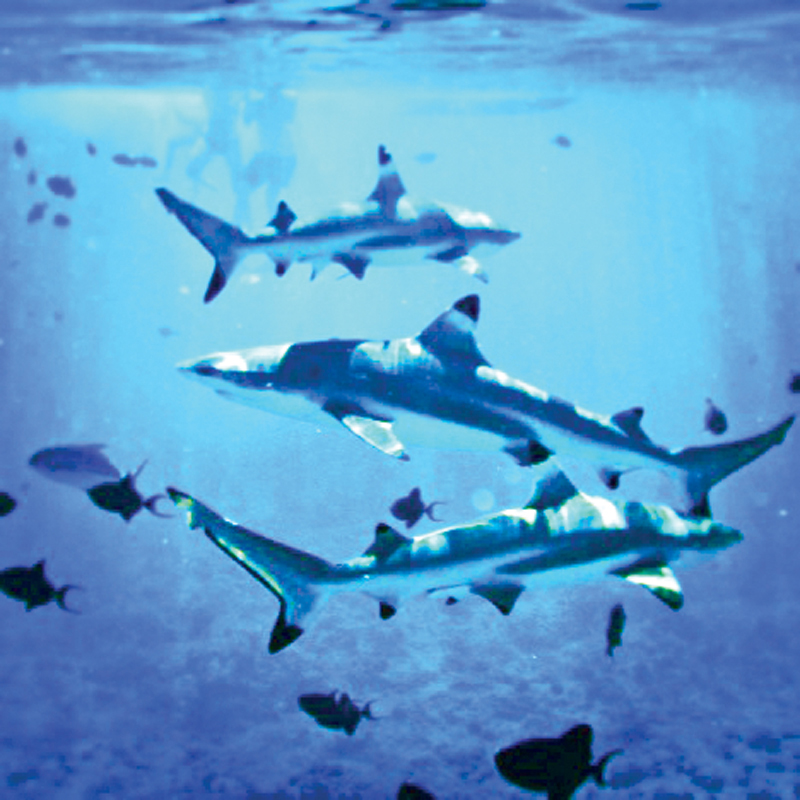 Sorensen and Tookes upon arrival. 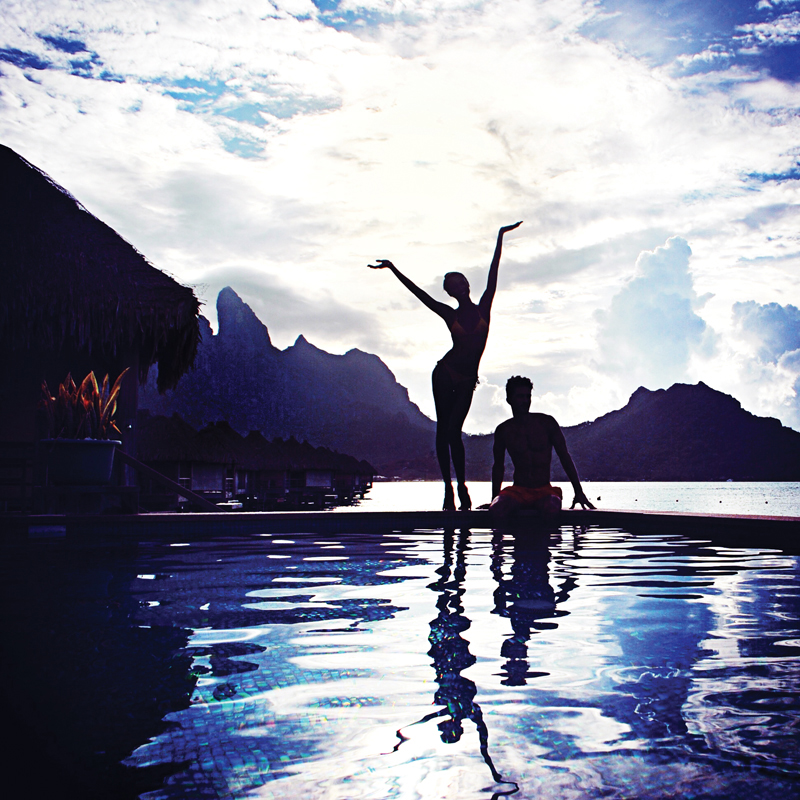 Enjoying their final moments in paradise. “We’ll be back!” Tookes promises.

It looks like you went out on a catamaran.
Neither of us knew how to steer it, so we got stuck out in the water for an hour. Someone had to come from the hotel to pull us back in with a Jet Ski because it was too difficult to handle.

Were you scared?
Terrified! Every time you looked down, there was a shark.

This doesn’t sound like a relaxing trip!
[Laughs] It really was! I would go back a million times.

Where are you headed this summer?
I’ve always wanted to go to the Maldives. Hopefully, I’ll make it.

We understand you also bought a new house in the Hamptons.
Yes! We like getting away, and as my agents know, I like to take my vacations. In the Hamptons, I’m able to get away, but I’m still close enough to the city to work. We like to go to the Hamptons every summer, and instead of having to rely on a hotel or finding a place, we finally bought.

What do you love about the area?
It reminds me a little bit of Newport Beach, California, which is close to where I grew up. It’s very family-oriented. I love being by the water, and everything is so clean. I really love the whole style of the Hamptons. Every time I visit, I fall in love with it more and more.