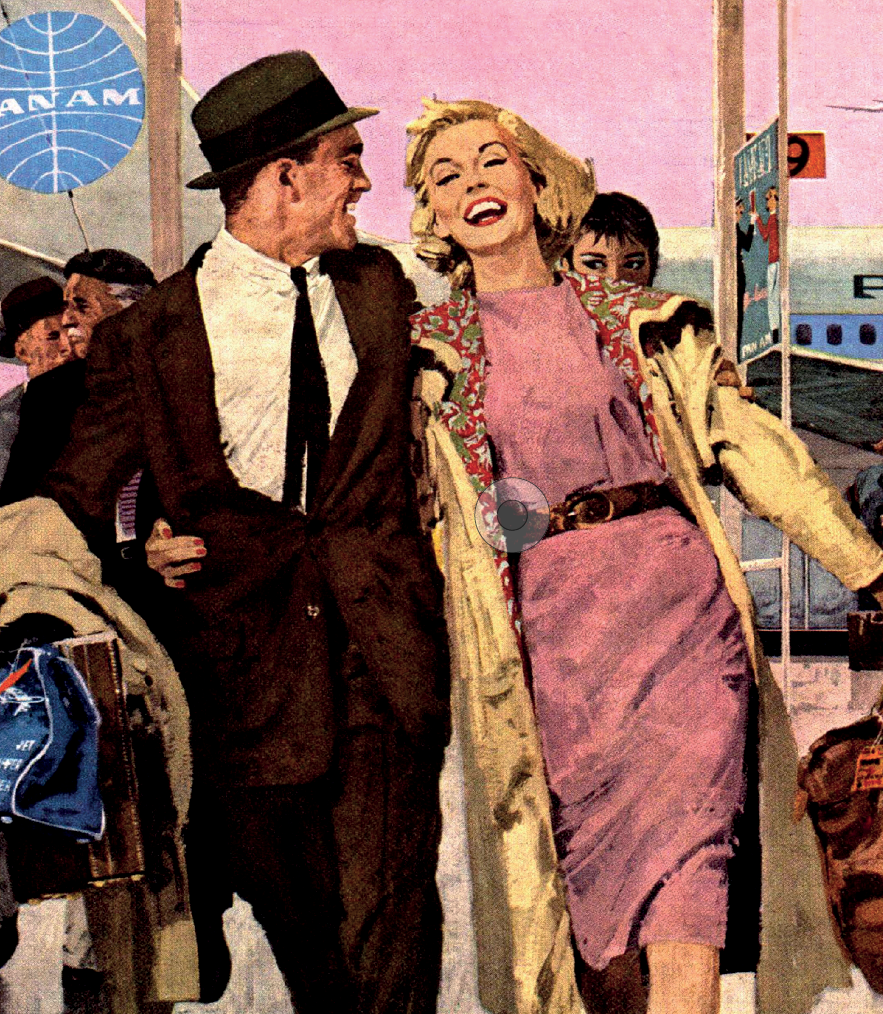 Another gem from the pages of The Daily Summer: It seems like everything is described as “luxury” these days, n’est-ce pas? Well, until you’ve had a seasoned professional manage every tiny little piece of your upcoming vacation, you don’t know the meaning of the word. Our anonymous expert spills on why his services remain so indispensable for the rich and fabulous.

Why?
When something goes wrong, I actually care. For example, travel agents still make a lot of money for the airlines in ticketing, so if we call and ask for help, they pay attention. When that volcano blew up in Iceland and all the flights were canceled, people who were trying to book themselves were there a hell of a lot longer than my guys.

What’s the No. 1 destination for the ultra rich right now?
All anyone talks about is Cuba. There’s nothing fancy or luxurious there by anyone’s standards, but clients seem to think if they don’t get there tomorrow that their lives will end. Everybody seems to think it’s the easiest thing on the planet to book. It’s not. The rules have changed, but it’s not like I can get you to Havana in the morning.

Which destinations have fallen out of fashion?
I haven’t booked a flight to Russia in ages. I loved it, but you don’t really want to broadcast the fact that you’re an American there. It’s always been dangerous, but now the people are angry. The ruble is down to nothing, and everything is half the price of what it was. You can save yourself a lot of money by going now!

What’s the strangest request you’ve ever fielded?
I once had to get a rat named Tiny onto a plane.

Why?
It was a family’s pet. I know. They were going to Santa Barbara for a month, and they ended up bringing the [redacted] rat with them. They had to put it in one of those fly-my-dog planes that cost a fortune.

How did the airlines respond when you requested a seat for Tiny?
They said, “No way, José! Absolutely not.” No matter how much I tried to tell them how adorable he was, they explained that their services are limited to cats and dogs for the moment. You might be able to get a bird onboard if you ask really nicely. And then there’s the service dog thing…don’t get me started.

Please, continue!
Some clients will find fake certifications, but others will actually take their dogs to the vet and get real ones. That way, they don’t have to pay for the dog to be onboard. How cheap is that? I know somebody who schemed a way to get his blind, farting, three-legged old bulldog on a first-class flight to Singapore. If I had spent tens of thousands of dollars to sit next to that dog, trust me, I would have caused an emergency landing. I won’t deal with that client anymore.

Do you get a lot of strange food requests?
Not really. There aren’t that many flights that serve it anymore, at least domestically. I traveled recently in first class, and I didn’t even get a peanut!

Any strange experiences booking hotels?
I had a client who didn’t want a room with the number five or anything that added up to five.

Have your clients damaged hotel rooms?
Not anymore. Anyone who is well-known is afraid of things like that hitting the press. I do have a colleague who has a famous client with a drinking problem, and she has to get the hotel to remove the mini bar every time she checks in. Not just the contents of the bar, but the whole fridge.

Why did so many airlines get rid of first class to go to Europe?
People just won’t pay. A first-class ticket to Paris is $18,000 and there are only four seats. The nonrefundable fare is $16,000! But business class is a lot less than that, like $10,000.

What’s the most decadent trip you can think of?
The Four Seasons does around-the-world trips, complete with a kitted-out private plane that stops in the most fabulous places around the world. Most of the trips are about three weeks long, and they’re filled with private tours of museums and reservations at the best restaurants. It costs around $150,000 per person, based on double occupancy. Now that’s a commission I’d love.

What’s the most frustrating thing about travel?
I’m not a fan of airports. I go crazy when people don’t know how to go through security. I want to kill the guy who doesn’t know if he should take off his belt. It’s so much better to fly private!

Who are the most difficult clients?
Those who get so loaded that they decide to go to Paris instead of Frankfurt after the ticket was booked. They have their assistants call me, so I change everything in the reservation. But once they sober up, it’s “Oops! He’s going to go to Frankfurt after all.” Ugh!

Have you heard of sleeping pill incidents?
Oh, God. I’ve had clients sleep right through departures and stay in their seats after landing while the plane goes on to its next destination. Once, one of my clients fell asleep in the bathroom during landing. I recently heard about a well-known Hamptons finance guy who took an Ambien and ended up lying down in the first-class aisle of the plane to try to sleep. The flight attendants thought he was having health issues, but luckily, his wife was there to assure them that he was going to be just fine.

Is heavy boozing still a thing?
You don’t hear about people getting as plastered as they used to on commercial. Most of the people we know who are going to behave like that are on chartered planes, where nobody would dare say a word. In a casual atmosphere like that, you can get really smashed.

Any other vices you encounter?
People used to go nuts on Halcion, and people would completely drool on quaaludes. God forbid the plane would have to go back to the gate due to some kind of mechanical problem and you’d be completely screwed up. It happened to me, and it’s awful.

Who Did The Daily Spot Out East This Weekend?