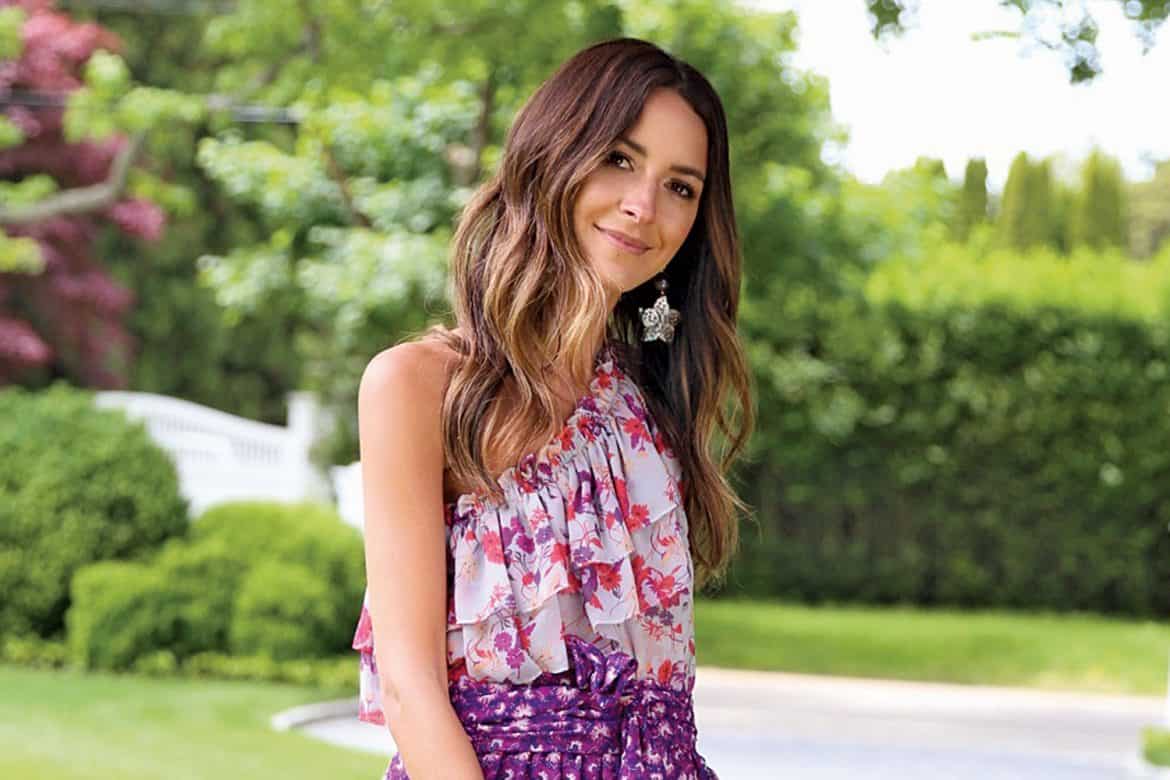 More than a decade ago, Arielle Charnas started fashion blogging on a whim, which has since grown into her hugely successful Something Navy brand. With a fashion line and a growing, all-female team, the longtime Hamptons fixture tells The Daily Summer how she’s just getting started!

Backstory, please!
I grew up in Old Westbury, Long Island. I am one of three sisters. My dad was always in the fashion industry, so we kind of grew up around it. Basically, everyone in my family is in fashion. My sister is a stylist, and another sister is a beauty blogger and makeup artist. Everything sort of fell into place, because it was all we knew. We had a great upbringing. My older sister and I went to Syracuse [University].

When I graduated, I sort of followed in her footsteps; she got me my first internship. Then, I started working in retail, at Theory in the Meatpacking District. At that time, the only way to get your résumé through to someone was handing it to them and waiting to hear back. I applied to a million different magazines. While I was working at Theory, I started the blog as a side hobby — I wanted to impress the guy that I was dating.

Tell us more about that…
I was dating him for a little over a year. He was going into a family business, and was all about work. I was still in college, having fun. I had no idea what I wanted to do with my life. He’d always say how attractive it was for a girl to have her own passions and career. He was hinting to me that I was too into the relationship, and needed to find something of my own. I thought that maybe I was losing him. So I wanted to try many different things to impress him. I took dance lessons, tennis lessons, anything so I could tell him I was doing something on my own.

My sister suggested I try this thing called BlogSpot, because I loved putting outfits together. I started doing it; then, we broke up and I was devastated. It became almost like revenge. I could look really good on the Internet, then he’d come back and say he made a huge mistake. I ended up falling in love with interacting with people from all over the world.

This was a decade ago; you were really young. How did you afford all those outfits?
I wasn’t wearing anything designer unless it was borrowed from my mom or sister! I’d go to Zara, H&M, or Forever 21, using my Theory paychecks. After about two years, I was able to quit working retail. Brands paid me to post products on my blog and Instagram. 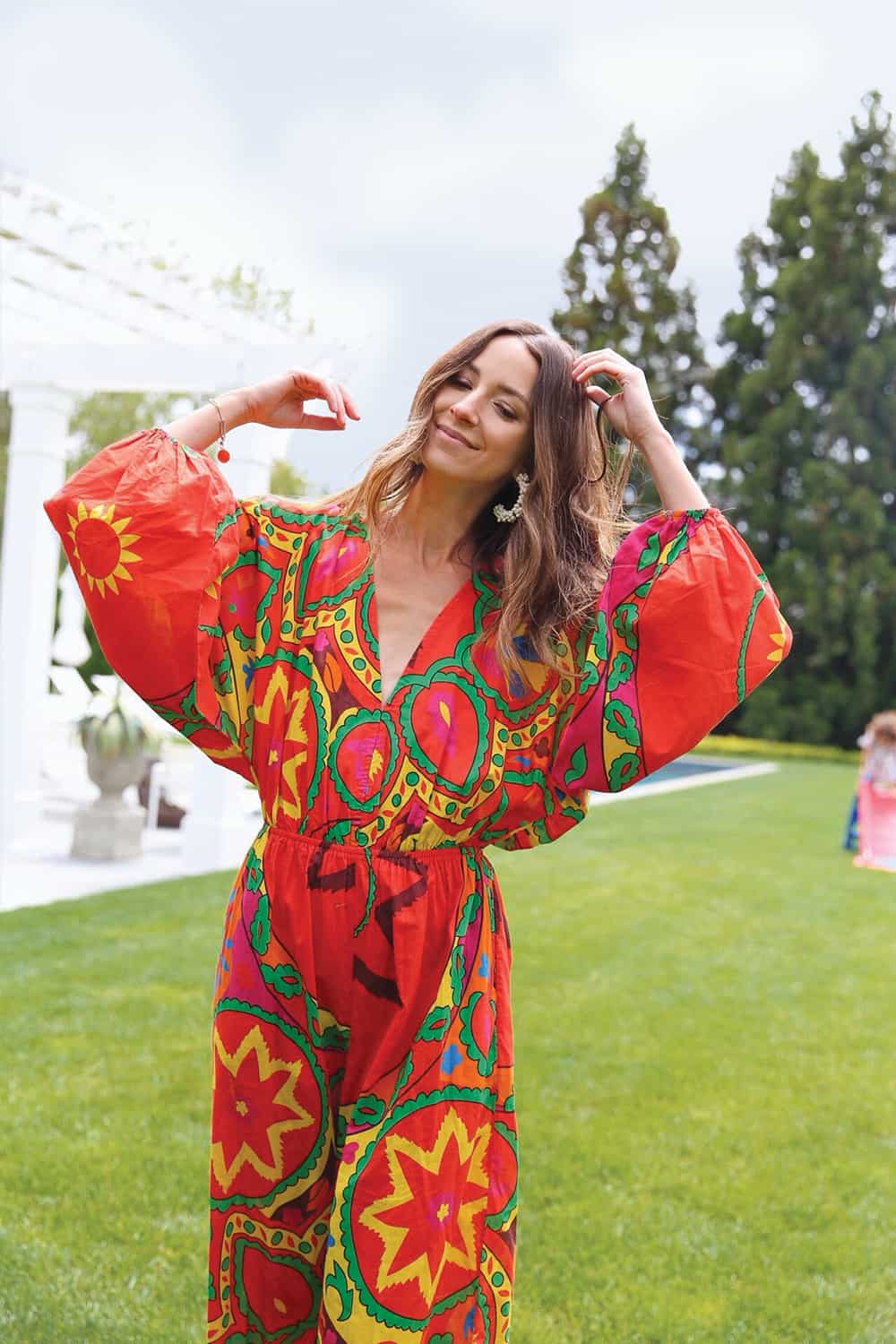 Bloggers and influencers have often gotten a bad rap. Are those professions finally respected?
Somewhat. I still think a lot of people have anger toward influencers. Honestly, what you see on Instagram does make it seem like influencers are just running around, taking pretty pictures. But if you really know what goes on behind building a brand and being a personality, it’s a lot. Many influencers don’t really show the real side. I definitely try to as much as I can. I don’t know if it will ever change. I think that it’s a tough pill to swallow for people who have worked so hard in this industry to get where they are. But those willing to have open minds and evolve with the times are the brands and people that will actually be successful.

Any tips for people who want to increase their social media followings?
It’s important to talk with other influencers. Cross-promoting is really great, especially with brands; just try to tag a bunch of the brands that you’re wearing, in hopes that they’ll repost, which will get your name out there more. I think videos are really important. People are attracted to videos. When you post a video, you get a bigger space on the Explore page on Instagram. Bring something different to the table. Pretty pictures are great, but being super real and sharing your life and things that you’re going through — I think people are attracted to that.

Earlier this year Diet Prada accused you of copying a Prada cushioned headband for a Something Navy collection; you dealt with online bullying as a result — and defended yourself. What was your takeaway from that experience?
It was rough. It was not a fun experience to be harassed over a headband that pretty much every fast fashion brand and company has made in the past six years since Prada has launched it. With Something Navy, I never claim to reinvent the wheel. We’re making fun, affordable fashion. We’re grabbing a mix of what’s on the runway, what’s trendy right now, and putting our little twist to it. I didn’t even respond to the negativity about the headband; what I responded to was pretty much the bullying that came out of that account. That was the worst part of the entire experience. I honestly didn’t care at all about the headband; my followers didn’t care. It sold out!

What upset me the most was that they have a community of people who hate influencers. They would never attack a brand who’s done that. We are such easy targets because so many people want to attack us, and this was a great opportunity for that. What upset me the most was the bullying that came out of it; people on Instagram were actually telling my children to commit suicide. My 3-year-old and my 1-year-old. That’s not normal. Something needs to be done about [bullying] on social media because it scares me. I wasn’t upset about the situation. I was honestly scared — for myself and my children. It made me question sharing my life. It’s what makes me happy, it’s what makes my followers happy, and I hate that it made me question that.

How did you get over it?
I’m upset that I reacted. I never should have. I let these people be angry and harass me, and it died down. I was able to just move forward. I decided to not take it personally. I definitely learned my lesson. I’m never going to respond to people like that, ever again. 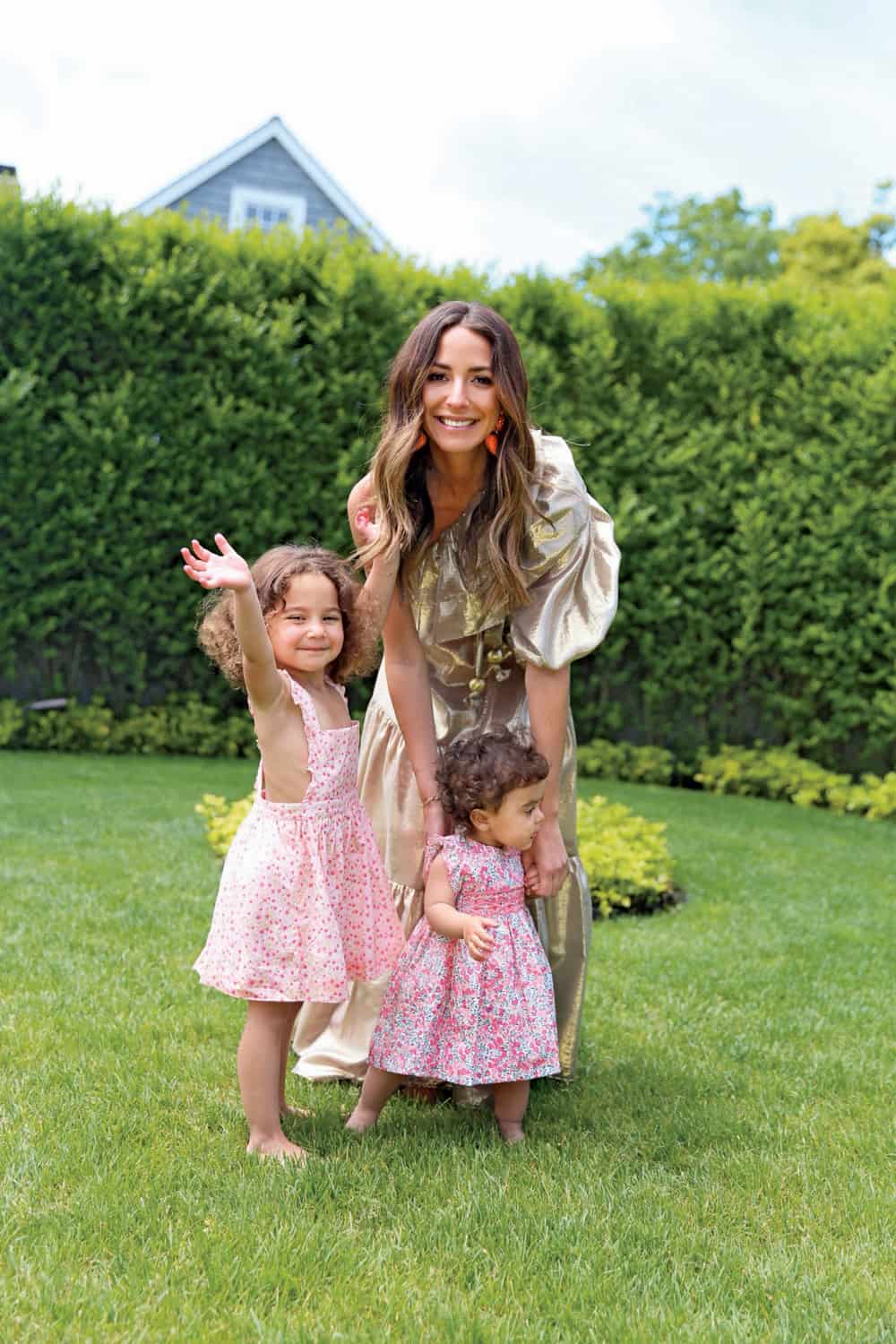 How have you evolved the influencer game?
We were one of the first blogger-turned-household names, creating products. There are definitely other girls who’ve done it before me, but I think I was the first one to do it with a retailer. That was a huge moment for influencers. We’re also branching out into other categories, which I can’t discuss yet. We’re going to break into the beauty space; we’re creating a digital media platform — an online magazine for girls. I’ve made my whole business about my team, not just about me. Seven girls work for me on Something Navy. My followers follow them, and keep up to date on their lives, too.

Your collaboration with Nordstrom was major. What’s that experience been like?
The partnership was surreal. It was honestly a dream for me. I’ve grown up shopping at Nordstrom, so to see my brand name in that store was honestly the most incredible moment of my career. The first launch we did was a capsule collection. I remember the night before, I was crying to my husband, being like, “Why did they pick me? What if no one buys anything?” I was so nervous and scared that [Nordstrom would] think they made a huge mistake. Then, that morning was the most surreal moment ever — the collection sold out within an hour. We have a few more launches with them, including a new collection this month; then, we’re going to see where it goes.

You’re going to work with Amazon, too. Details!
I’m pretty much going to share with my followers things you can find on Amazon that you never expected to find there. Mostly fashion, but I’ll share other things, like household products, home décor, and my kids’ toys.

Why are people so drawn to you?
I honestly don’t know. The only thing I really can attribute it to is just being very honest and open, and not really hiding much. Even though I probably should, because there’s so much negative feedback from people. It’s just easy to hate on someone who’s being vulnerable and honest. That’s probably what’s kept people following my journey. I also think I have a good eye for fashion.

You’re a Hamptons regular. Tell us about your life out East.
I’ve been coming here since I was 6 or 7 years old. My parents rented a home every summer since I was a little girl, and 15 years ago, they bought a house in Southampton. Once I had my first daughter, we started renting our own house out here. It’s nice with children to wake up, play in the grass, and have breakfast outside. It’s just a completely different lifestyle. It makes me question all the time why I live in the city! It’s a nice balance. I’m happy I live in the city, obviously, but this is a dream.

You also have an East End–inspired line.
We launched our Destination Hamptons line last month. The collection was based on what I want to wear out here. It’s a lot of beiges, dresses, light cable-knit sweaters to throw on at the beach, and really great bathing suits. I pretty much just wanted to create pieces that I’m always looking for out here.

You often post shots of your two cute daughters on Instagram. What have they taught you?
Everything! How to love, be patient, appreciate things, and be in the moment. I think they give me purpose. I honestly don’t remember life before them — or what I even stressed about before them. It’s crazy. They’ve given me so much motivation. They’re just the best things that ever happened to me.