The Good Wife's Josh Charles Is The Man 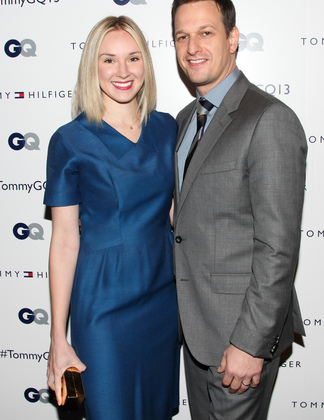 The Good Wife is simply better than ever, so it’s fitting that GQ and Tommy Hilfiger would celebrate Josh Charles aka Will Gardner as one of their “Men of New York” last night. You could say we’re major fans of the show here at Daily HQ. We asked Charles about his history as a New Yorker and why, exactly, he loves the Big Apple.

Congrats on your “Man of New York” honor!
I’m flattered they asked me. Tommy is such an iconic figure and GQ is such a great institution. I love the magazine. It’s also great they’re doing such great work for The Fresh Air Fund, which I’ve just become familiar with. It sounds like they do fantastic stuff for underprivileged kids, by getting them out into the country.

How long have you lived in New York for?
I first moved her in 1987. I lived here for awhile and then moved to Los Angeles and came back. I’ve been solid here for the last 11 years.

What is it about this town?
I love the people, the arts community, the architecture, the food. I love everything about New York. It’s such an intense city. You definitely need to decompress from it from time to time. There’s not much I don’t like about New York City.

The Good Wife is killing it this season. What kind of reaction are you getting from people on the streets about the show lately?
There are always interesting reactions from people on the street. There’s something about a television show: Because you’re in people’s homes, they have no qualms about grabbing you on the street to tell you what they think…which I like. Most people are really respectful, and are enjoying the show this year. The storylines that they set in motion on the finale of last year reinvigorated the writers, the actors, and the crew. In the fifth season of the show, for us to be hitting such a stride feels great. I feel really blessed to have been a part of it for the last four and a half years. I’m excited about the work we’re going to do.

How much longer do you think you’re going to stay on the show?
Who knows?