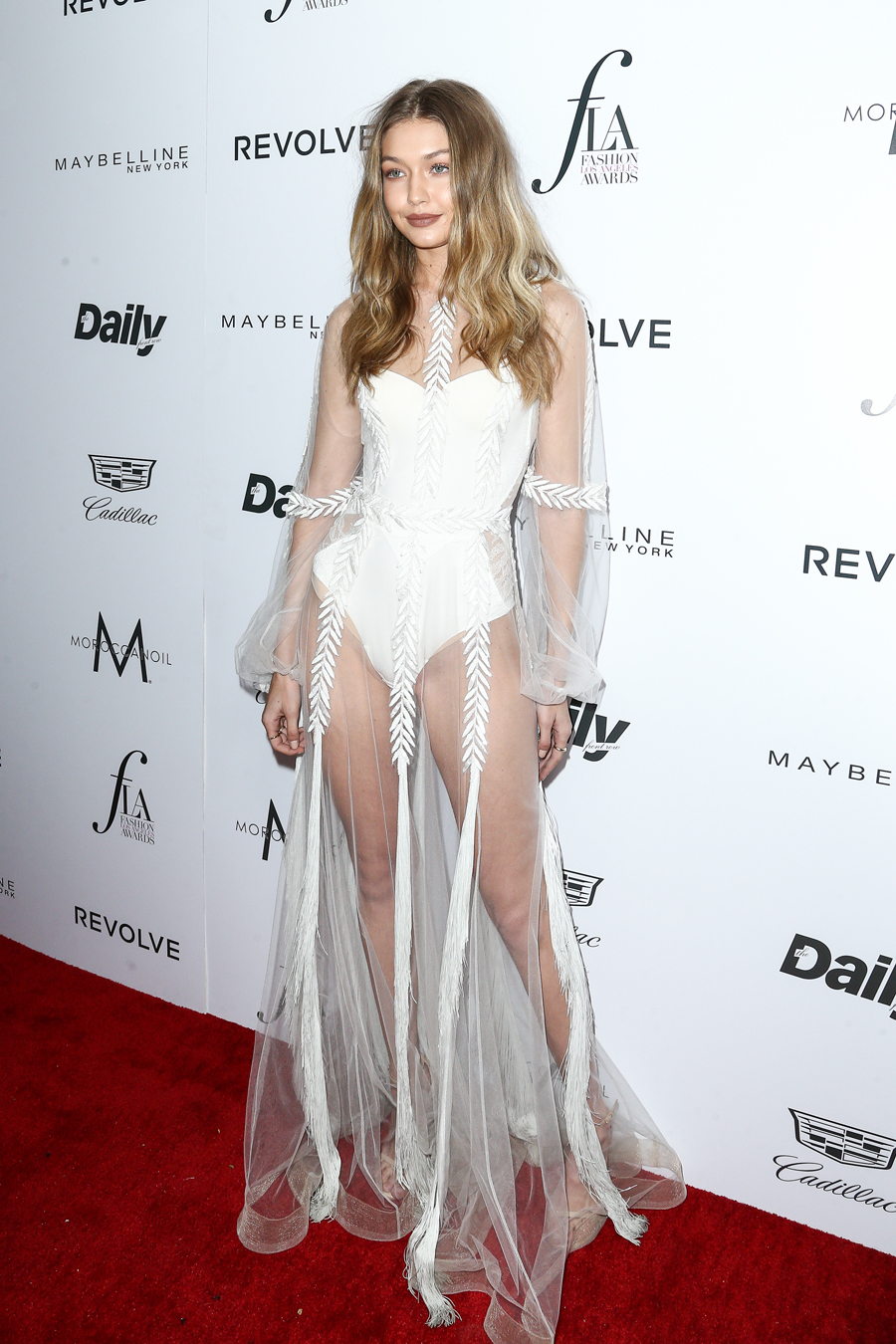 Gigi Hadid Stuns at the FLAs [E! Online]
The mod stunned in a sheer dress at the Daily Front Row’s Fashion Los Angeles Awards and became emotional while presenting Carine Roitfeld with the Magazine of the Year for CR Fashion Book.

Lady Gaga and Brandon Maxwell’s Friendship [USA Today]
Stylist-turned-designer Brandon Maxwell, who was award best designer debut at The Daily’s FLAs night, moved the crowd when he toasted Gaga and credited her for being a central part in his journey since moving to New York 10 years ago.

Candice Swanepoel is Expecting First Child [Page Six]
Blonde bombshell Candice Swanepoel, 27, who is engaged to model Hermann Nicoli, is said to be entering the second trimester of her pregnancy.

Fendi Collaborates with Delfina Delettrez Fendi [Vogue UK]
The daughter of co-creative director Venturini Fendi collaborated with the fashion house on a capsule watch collection called Policromia, which was unveiled over the weekend at Baselworld.

Busy Philipps on Her Busy Spring with LOFT