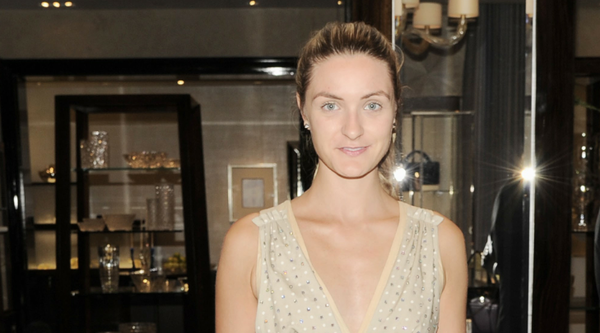 Eva Chen, formerly beauty director at Teen Vogue and most recently consultant at Lucky, has been named editor-in-chief at Lucky.

Julia Malacoff, formerly fashion assistant at Redbook, has been named assistant fashion editor at the publication.

Hannah Hickok, formerly editorial assistant at Redbook, has been named assistant editor at the publication.

Mel Ottenberg, currently stylist for Rihanna, has been named fashion director at 032c.

Lauryn Flynn, formerly global director of music and talent relations at Burberry, has been named VP of PR at Azione.

May Sofi, previously account coordinator at Style House PR, has been named account executive at the company.

Alyssa Amoroso, formerly intern at AKR PR, has been named account coordinator in the lifestyle/hospitality and events division at EFG :: Entertainment Fusion Group.

Nicole Schade, formerly senior account coordinator of Beauty at Bollare Communications, has been promoted to account manager at the company.

Niki Bonjoukian, formerly publicist in the accessories division at Truth be Told PR, has been named account manager in the VIP division at Bollare Communications.

PLUS! PR Intel…
SHADOW PR announces its representation of ShoeDazzle and The Hunt.

SHO+CO announces its representation of Pamella Roland for VIP services.

Starworks Group announces its representation of Rowley Eyewear for PR and digital marketing, Ashley B for PR, and Greats Brand for PR.

Kenwerks announces its representation of Fresh-Tops.com for creative branding and entertainment marketing.

Joe Zee's Next Project: Fashion Camp For The Hamptons Crowd