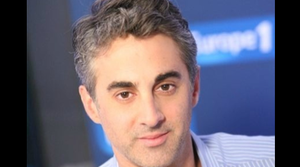 Jamie Pallot, formerly executive director of multimedia projects at Vanity Fair, has begun to pursue a career in music.

Declan Higgins, formerly assistant editor at Phoenix, has been named editorial assistant of film at i-D.

Kelly Ricci, previously account director at HL Group, has been named senior director at the company.

Whitney Wilkerson, formerly account assistant of VIP at Bollare Communications, has been promoted to account coordinator at the company.

Jessica Finical, formerly account assistant of lifestyle at Bollare Communications, has been promoted to account coordinator at the company.

Carla Carstens, formerly account director at HL Group, has been named director of VIP and sponsorship at Krupp Group.

PLUS! PR Intel…
THINK PR announces its representation of The Motley.