Supermodel & Supermom! Emily DiDonato Opens Up About Life With Teddy, Her Beauty Brand, Moving To The ‘Burbs, And More! 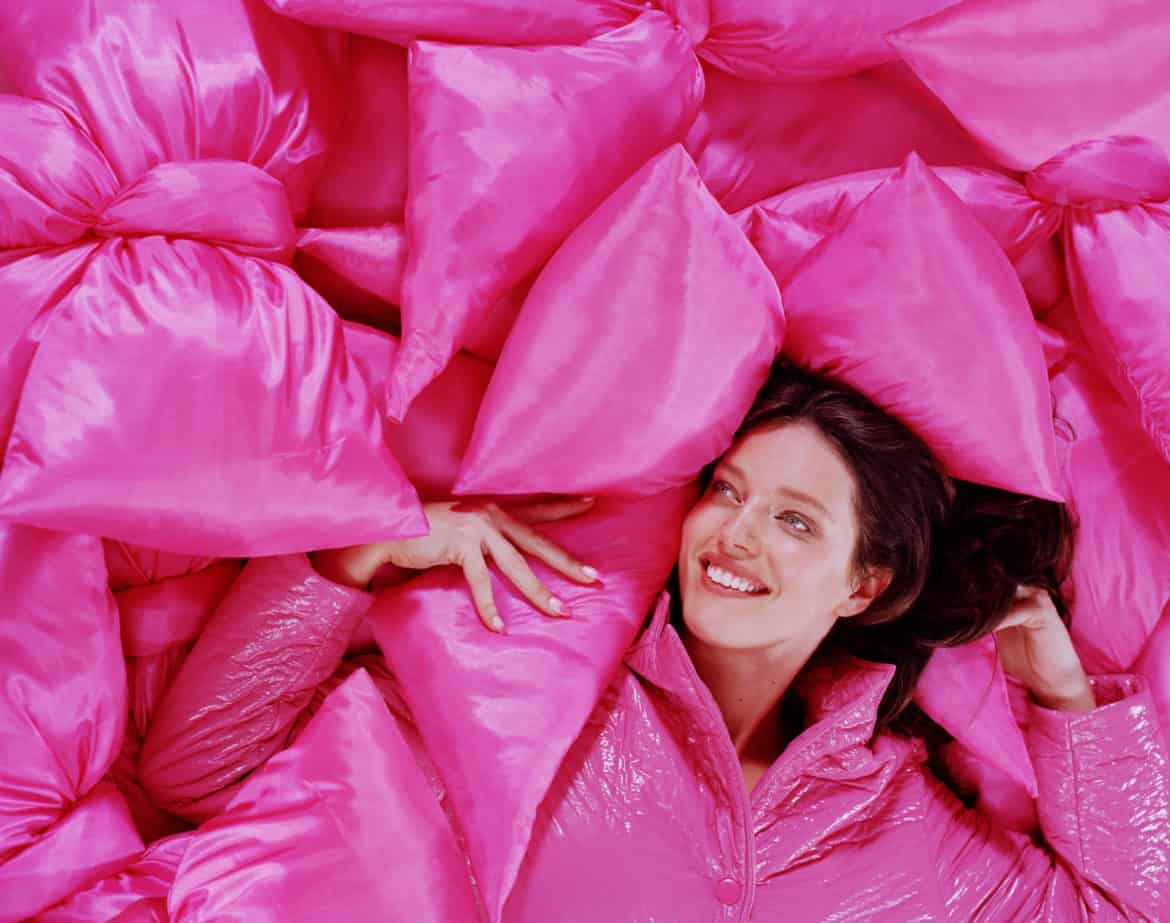 Who better to model our all-pink cover story than Emily DiDonato? Late last year, she gave birth to daughter Theadora Peterson, aka Teddy, so the joyful hue has become a part of her daily life. Here, the budding entrepreneur tells The Daily Summer about the incredible highs and sometimes less colorful aspects of motherhood.

What was your impression when you first walked on our set?
I walked in and it felt nostalgic in a way. It was fun to see so much effort and creativity and thought go into a shoot again. When I walked in, I was overwhelmed with excitement. I forgot how fun it is to work in fashion sometimes!

What was going through your mind when you were on the swing?
I don’t love roller coasters, but being on the swing up high gave me that feeling in my stomach of being on a roller coaster. It was terrifying. But I’m not gonna lie, it got the adrenaline pumping. It got me excited. It was time to turn it on!

Our theme for the shoot was obviously pink. Are you a pink girl?
I do love pink. I see pink as a joyful color. I had a daughter recently and didn’t think I was going to be one of those moms, but I do enjoy putting her in a little rosy pink outfit. 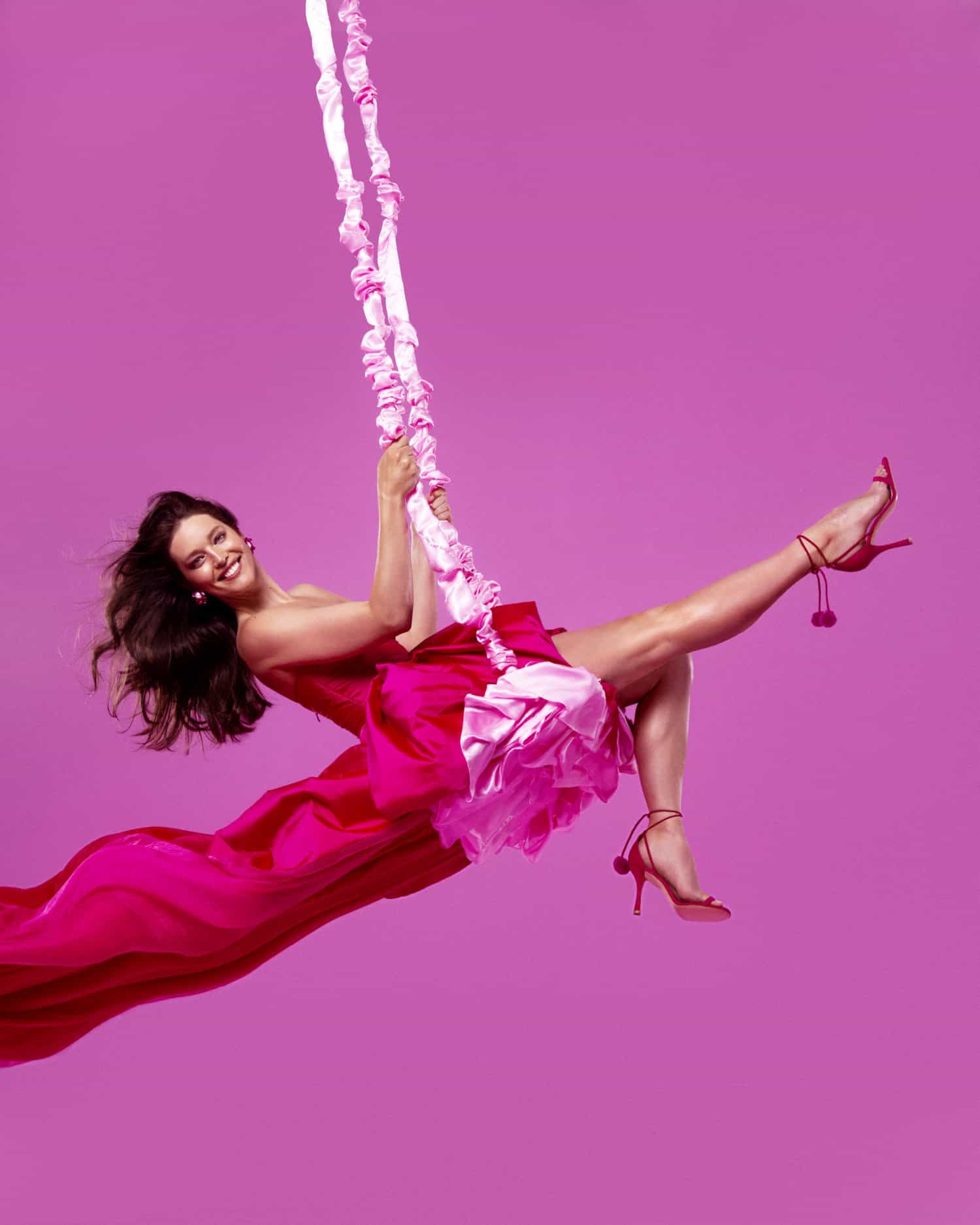 Let’s talk about your daughter, Teddy. What’s she like?
She’s great. She’s so sweet and so smiley and so happy. She’s been such a blessing so far. I got super lucky. She’s a bright light and so joyful and just amazing to watch.

What’s your favorite thing about being a mom?
I know it’s cliché, but the type of love is untapped and something I’ve never experienced before. I love my parents, I love my husband, but now that I have a kid… you realize this is the real deal, mama bear, I would drop anything for you. It definitely made me think about my own mother. “You love me this much? That’s insane!”

You’ve been open about your struggles with mental health postpartum. Tell us about your experience.
Postpartum depression has been something people have spoken up about a lot over the years, which is a good thing. People are a lot more open about it, and doctors will talk about it. I didn’t experience baby blues. I experienced postpartum anxiety intensely. I struggled with intrusive thoughts. I wasn’t able to sleep at night. I had panic attacks in the evening. I felt afraid to be alone with my daughter or go out anywhere with her. I was such a new mom that I thought I would mess it up or she would do something and I wouldn’t know what to do in the moment. I was struck by fear in the first four months of her life. I called them “final destination” thoughts. At any given moment, I was thinking of the absolute worst case scenario that could ever happen. I [worried] I was going to drop her or someone else was going to drop her or push the stroller. Truly the most insane thoughts that never occurred to me in my regular life. It’s alarming when it happens to you. My friends and family didn’t understand it because I seemed fine. 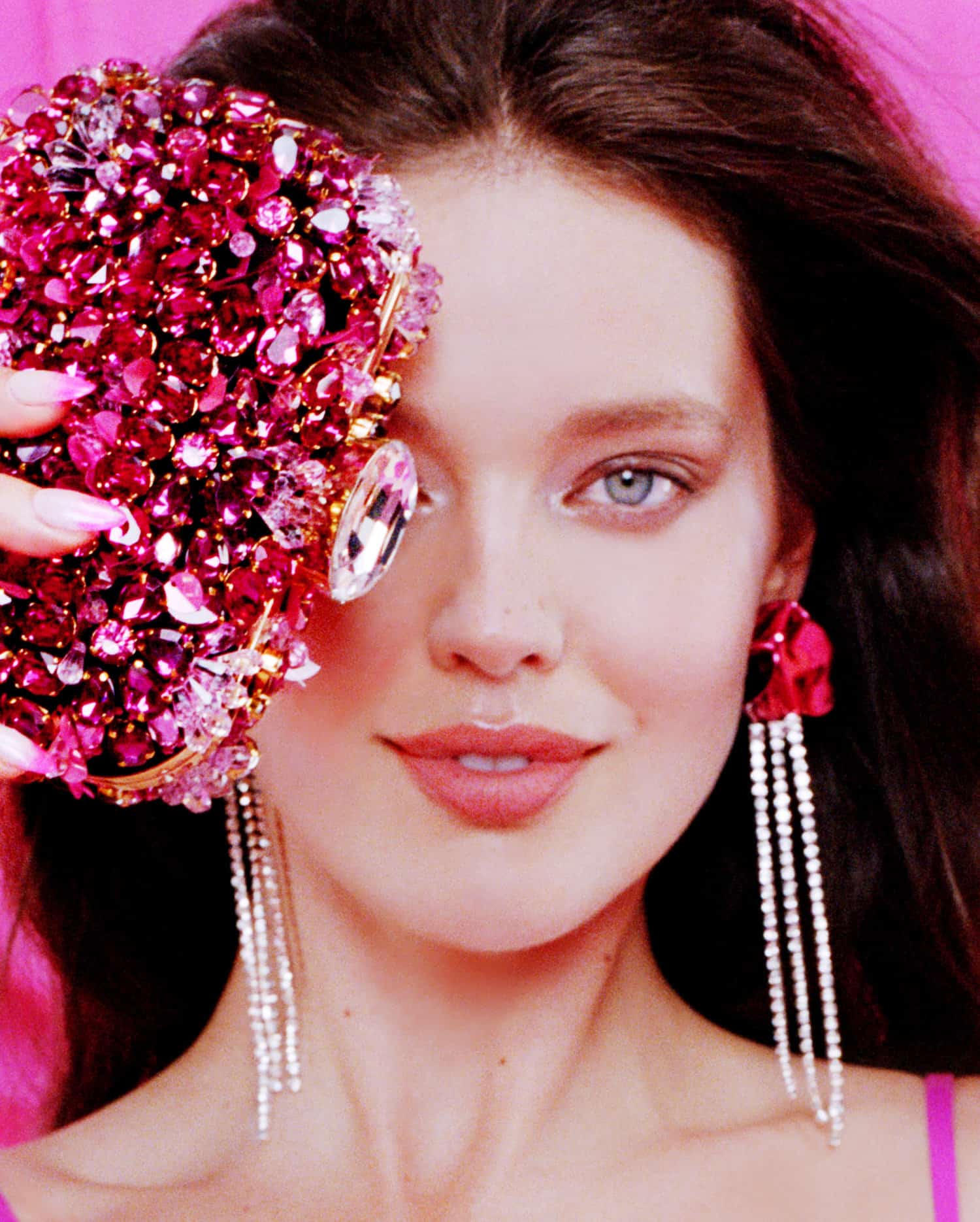 Wow. How did you help yourself?
I had to find a good therapist who specializes in postpartum. That was helpful. Acupuncture and working out also helped. What really helped was leaning into my community of other moms who have been through it. Sometimes you have the most insane thought and another mom will go, “Oh, yeah! I had that thought!” How come nobody told me that?

Why is it important for you to talk about this?
For me, I was open on my platforms about my pregnancy and how I was feeling. I got a lot of positive messages and sometimes negative when I was honest with how I felt while I was pregnant. I was quite cranky when I was pregnant. Everyone expects you to be sweet and glowing, but I was hot, tired, not sleeping, leave me alone. I had an overwhelming amount of moms who said it was exactly how they felt, and they thanked for me for normalizing that being pregnant isn’t all peaches and cream. I talk about it because I don’t want other women to feel alone in their experiences. If anyone is going through the same thing, I hope it encourages them to seek help, reach out to a friend or your own mother. Don’t feel ashamed to admit you’re having a hard time.

There was quite a baby boom during the COVID era with models getting pregnant. Are you friends with any other models who went through giving birth during this crazy time?
Yes! I just talked to Martha Hunt yesterday! [Hunt gave birth to a daughter in November 2021.] Our babies are only two weeks apart, which is fun. I saw her while she was pregnant. Devon Windsor was another one! We were pregnant at the time. We have been catching up over Instagram DMs and voice mails. Gigi [Hadid] and I have exchanged messages here and there. Because I’m open on social about everything I’m going through, it leaves an opening from anyone who knows you to share their experiences of what worked for them. It’s amazing to have that support. 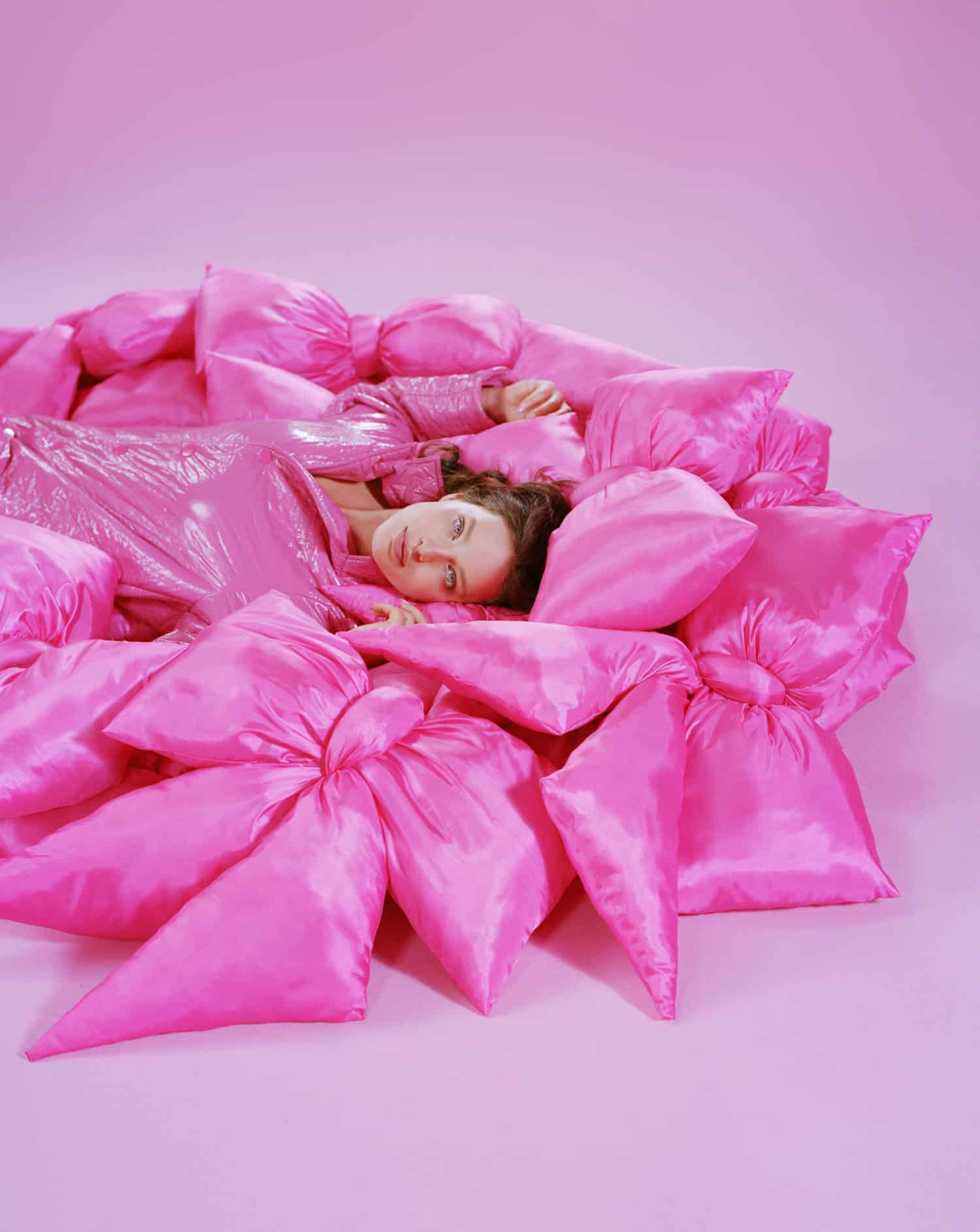 You have a vlog on YouTube. What’s on it?
I used to blog a lot more before I had Teddy, and it’s something I want to integrate into my life more. I feel like so much goes on behind the scenes, and there’s so much more to our life and our jobs that I don’t necessarily get to share. It’s easy for me to snap a few photos and videos backstage. I want to share more with people.

You’ve had a skincare line, Covey. What differentiates it from other brands out there?
For Covey, the main difference for us is we’re a routine-based company. Easy…one, two, three. We wanted to take the guesswork out of skincare products. We thought about it as revolutionizing and modernizing the Clinique three-step routine. I came from the school of thought that more was more when it came to beauty. I realized after doing a ton of research that less really can be more if you’re using the right products in the right order that were formulated to be used together and can be gentle for sensitive skin. We partnered with a dermatologist to help us with that. 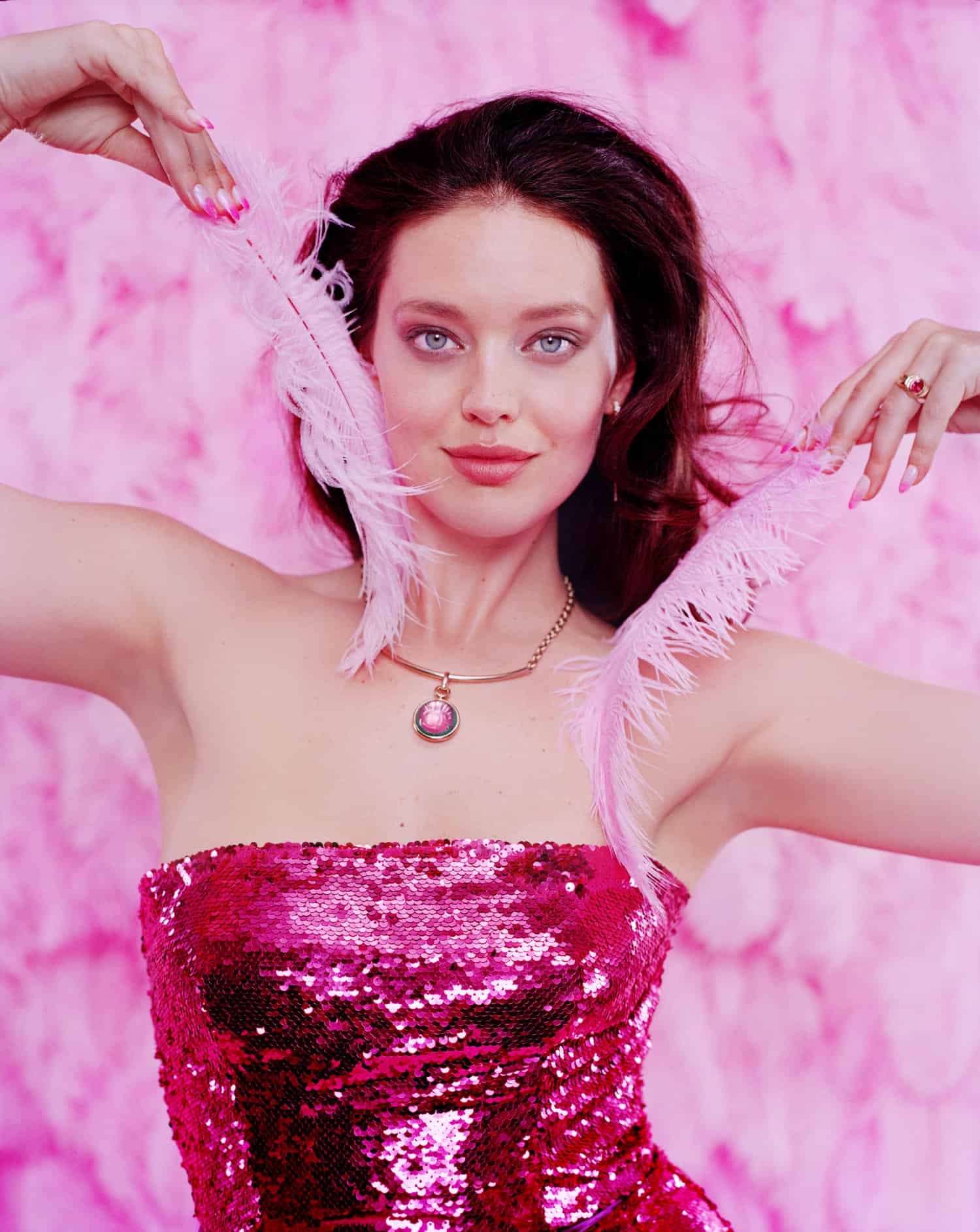 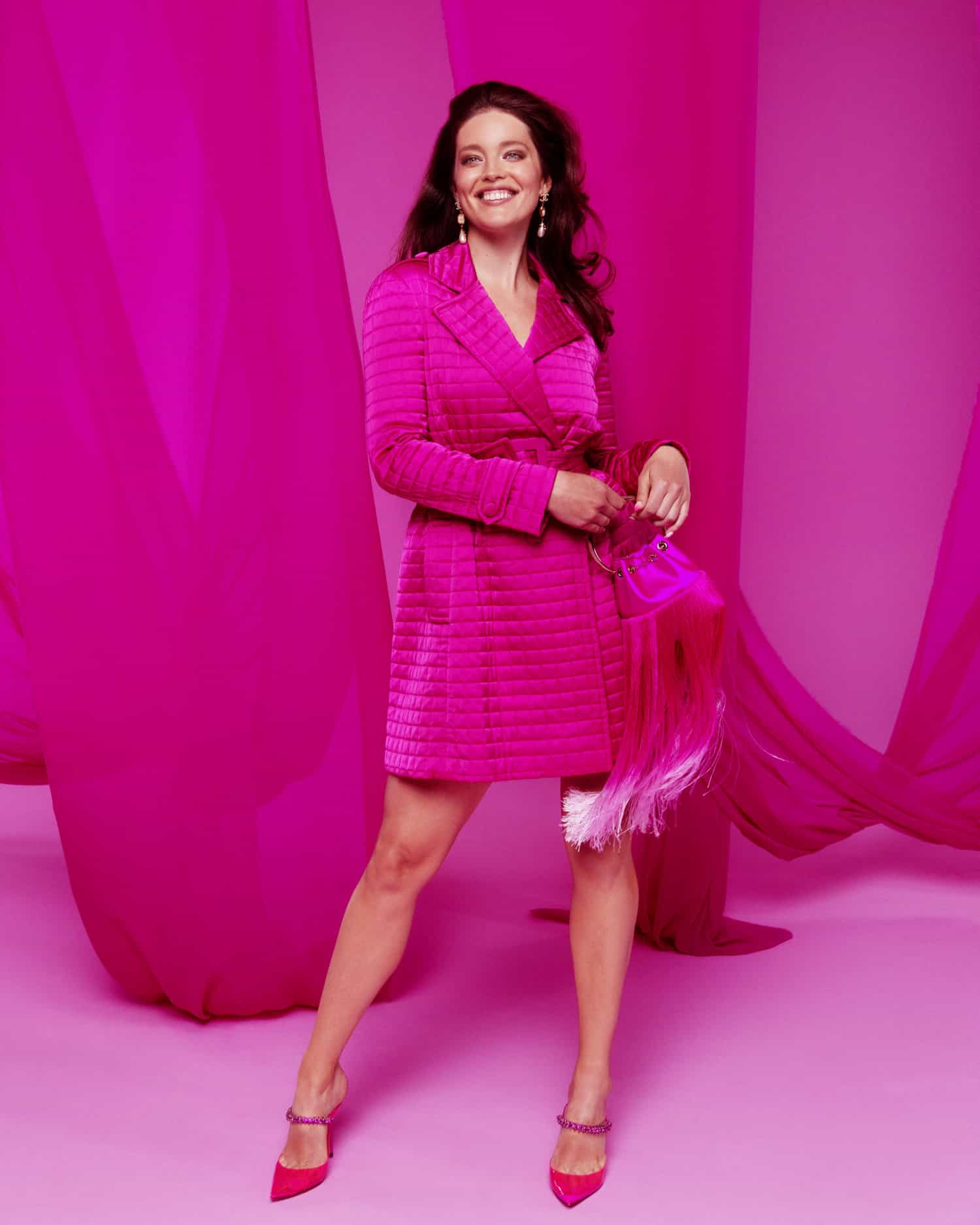 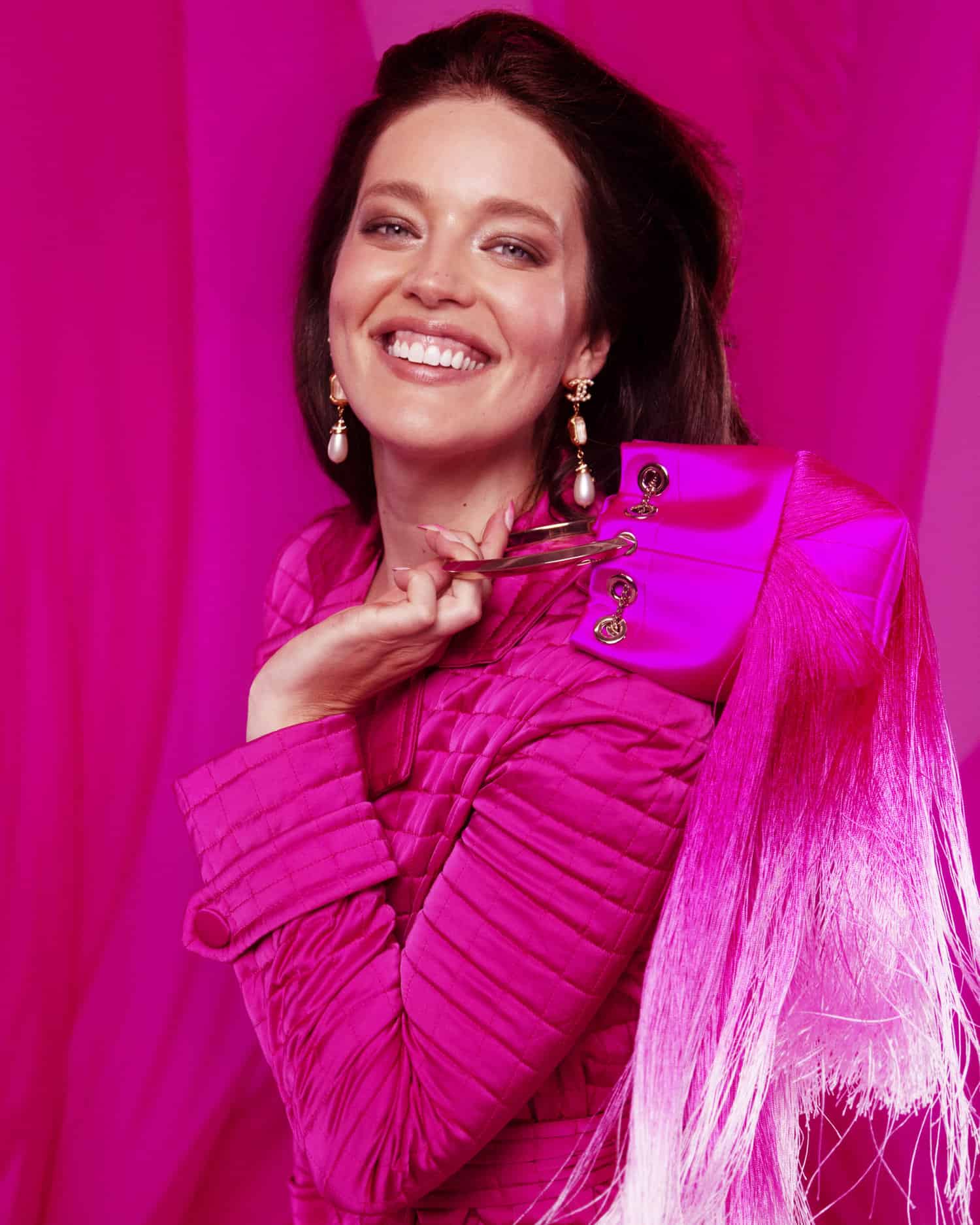 Models are working at such a later age now. Do you see yourself sticking with the industry?
I’ve been modeling for more than 12 years, and if you told me I’d still be modeling at this stage in my life and just had a baby, I wouldn’t have believed that 10 years ago. People were asking, “What are you going to do after turning 25?” I think I’ll continue modeling as long as the industry welcomes me with open arms. The industry has changed in a lot of really good ways. I’ll do it as long as I can.

We hear you’re moving to suburbia! Why?
We’re going to be in the Westchester area. My husband and I both grew up in upstate New York with yards, and now we have a baby. As much as New York pulled through strong, it would be nice to have some space. I want her to have a yard. That’s not so easy in New York City. We’ve always pictured a house and a yard. We’ll see how it goes. We were going to keep an apartment in New York, but my husband always says we have to burn the boats and commit. I’ll keep you posted!

What’s on tap for fun this summer?
We’re going to Puerto Vallarta, Mexico. We will be doing the Hamptons for a couple of weekends. We normally rent a house, but we didn’t this summer because of the move. We’ll go upstate to see our families and then we move!

The NYFW Calendar For September Is Here—With 109 Designers Taking Part!

Emily DiDonato Is Pregnant With A Baby...