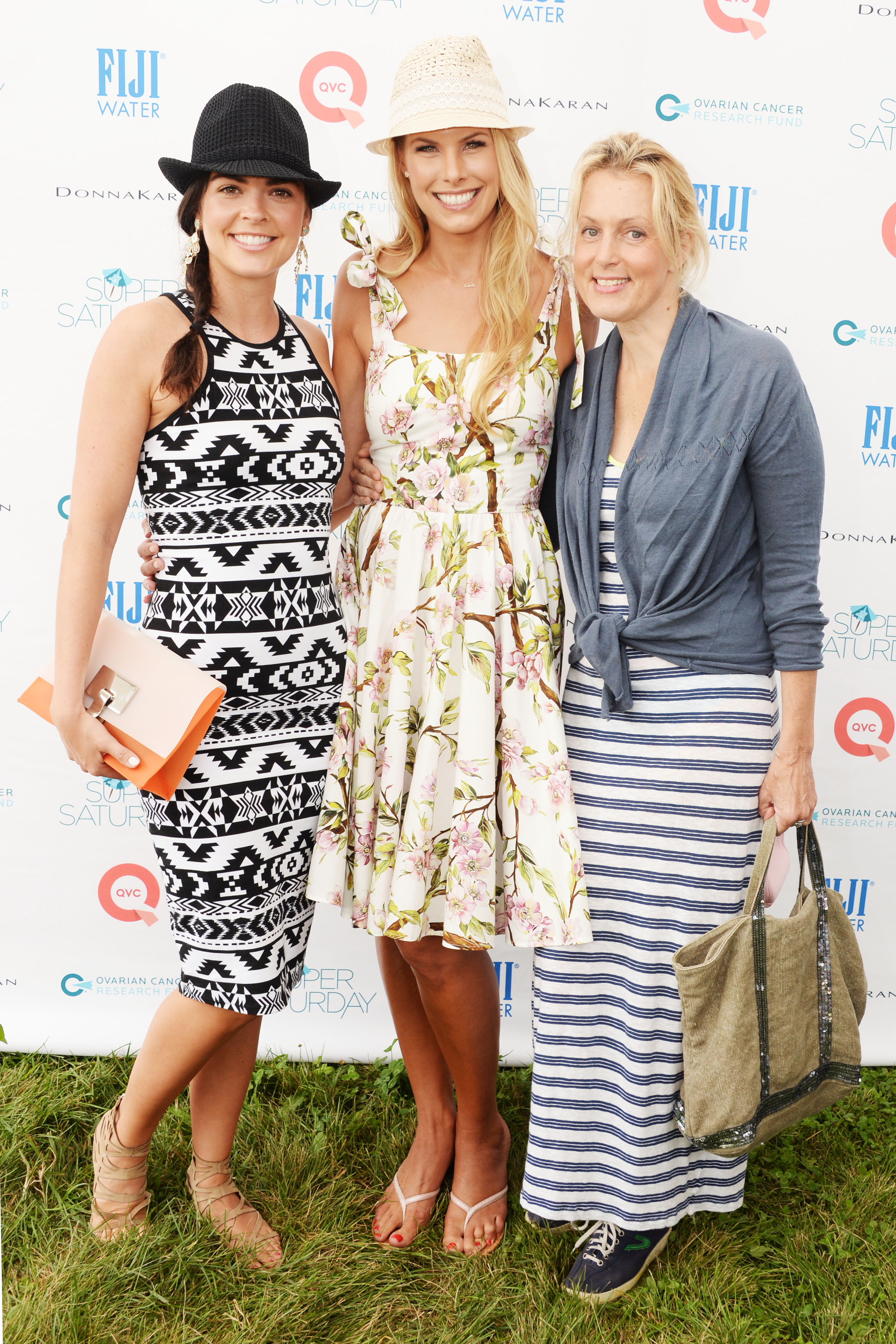 Few things can stop a crowd of hardcore shoppers, especially when there are serious discounts involved. This fact was proven at Saturday’s 17th annual Ovarian Cancer Research Fund’s Super Saturday event, sponsored by QVC and hosted by Kelly Ripa and Donna Karan. Though Page Six reported that a trailer of donated goods were heisted from a storage center the night before the big bash, shoppers were out in full force despite a few empty booths. They scored designer threads from the likes of Intermix, Koral, Milly, Donna Karan, Alexis Bittar, Zimmermann, Vince, Vineyard Vines, Milly, Hampton Sun, and Amy Matto, all while donating to the OCRF. But really, shopping wasn’t the main attraction, as the celebs perusing the booths were available for the ogling, including Hilaria and Alec Baldwin, Lisa Rinna, Kelly Rutherford, Joe Zee, Katie Lee, Beth Stern, June Ambrose, Vita Sidorkina, Michelle Smith, Rachel Zoe, and David Yurman. In addition, there was a tasty Italian feast for lunch courtesy of Sant Ambroeus, antioxidant drinks from Bai5, sips of iced coffee from Hampton Coffee Company, ice cream cones from Carvel, savory snacks from Pasta Chips, and lots of other nibbles to enjoy. However, Cameron Silver pointed out the one thing that was missing. “Do they have a Birkenstock booth here?” He asked us. Unfortunately, they did not. Maybe next year!