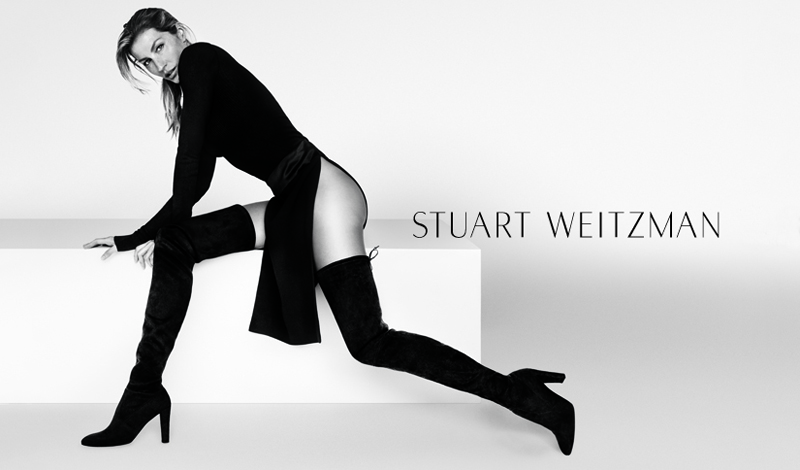 Gisele Bündchen may have retired from the runway, but she hasn’t quit modeling for big campaigns. Stuart Weitzman has tapped the supermodel for their Fall 2015 campaign. Bündchen was also the face (and legs) of the brands’sSpring 2015 campaign and Fall 2014 campaign. All of the campaigns, including Fall 2015, that have featured Bündchen were shot by Mario Testino. In the campaign, Bündchen shows off her mile long legs in the brand’s very aptly named ALLLEGS thigh-high boots. The new boots are 28-inches in length, which is an even taller edition of the brand’s iconic thigh-high drawstring HIGHLAND boots.

“I could not have picked a better pair of legs than Gisele’s to show off such a sexy boot. She defines the term ALLEGS, and inspired its name,” said designer Stuart Weitzman in a press statement. Bündchen replaced Kate Moss, who was previously the face of the brand. The campaign will run in the United States, Italy, France, England, Dubai, Germany, Spain, and Asia, and will be featured on billboards and kiosks in Los Angeles, Milan, Paris, and Hong Kong. Can’t wait to get your legs in those boots? They’re available for pre-order now at StuartWeitzman.com.

What’s Nick Bateman Up To?