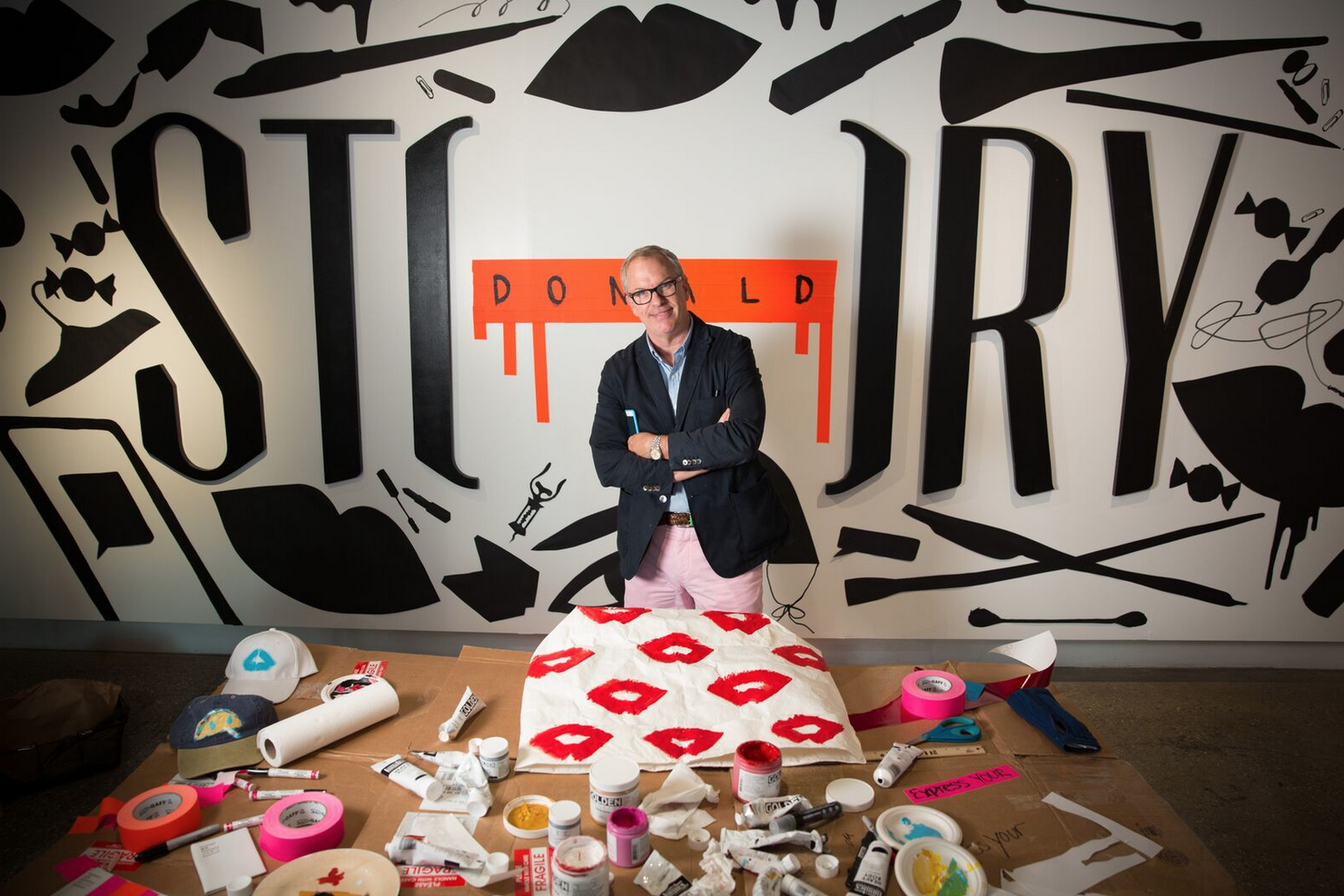 Donald Robertson, the Insta-famous artist known to social media buffs as @DrawBertson, has collaborated with STORY for a pop-up shop that is launching today. The 2,000-square-foot space has Robertson written all over it, as STORY invited him to transform the store into a work of pop art using his signature materials including paint, gaffer tape, and markers. Marking the ever-changing concept shop’s 26th installation, “Donald” will debut over 25 exclusive merchandise collaborations with brands like Warby Parker, UrbanEars, Rolex, J.Crew, and Bow and Drape, in addition to Robertson’s first children’s book (he’s a father of five!), Mitford At The Fashion Zoo. The book stars Mitford, a giraffe-turned-fashion industry darling who is a recurring character in Robertson’s Insta-posts–he first drew the leggy animal as Anna Wintour‘s intern. Funny, non? By day, the Canadian is a creative director at Estée Lauder. He was also nominated by the CFDA as Instagrammer of the Year. Even earlier in his career, Robertson launched American Marie Claire, in addition to redesigning American Glamour with Condé Nast.

If you’re in New York, head to STORY later today to shop the chic merchandise and meet Robertson, who will be signing copies of his book.