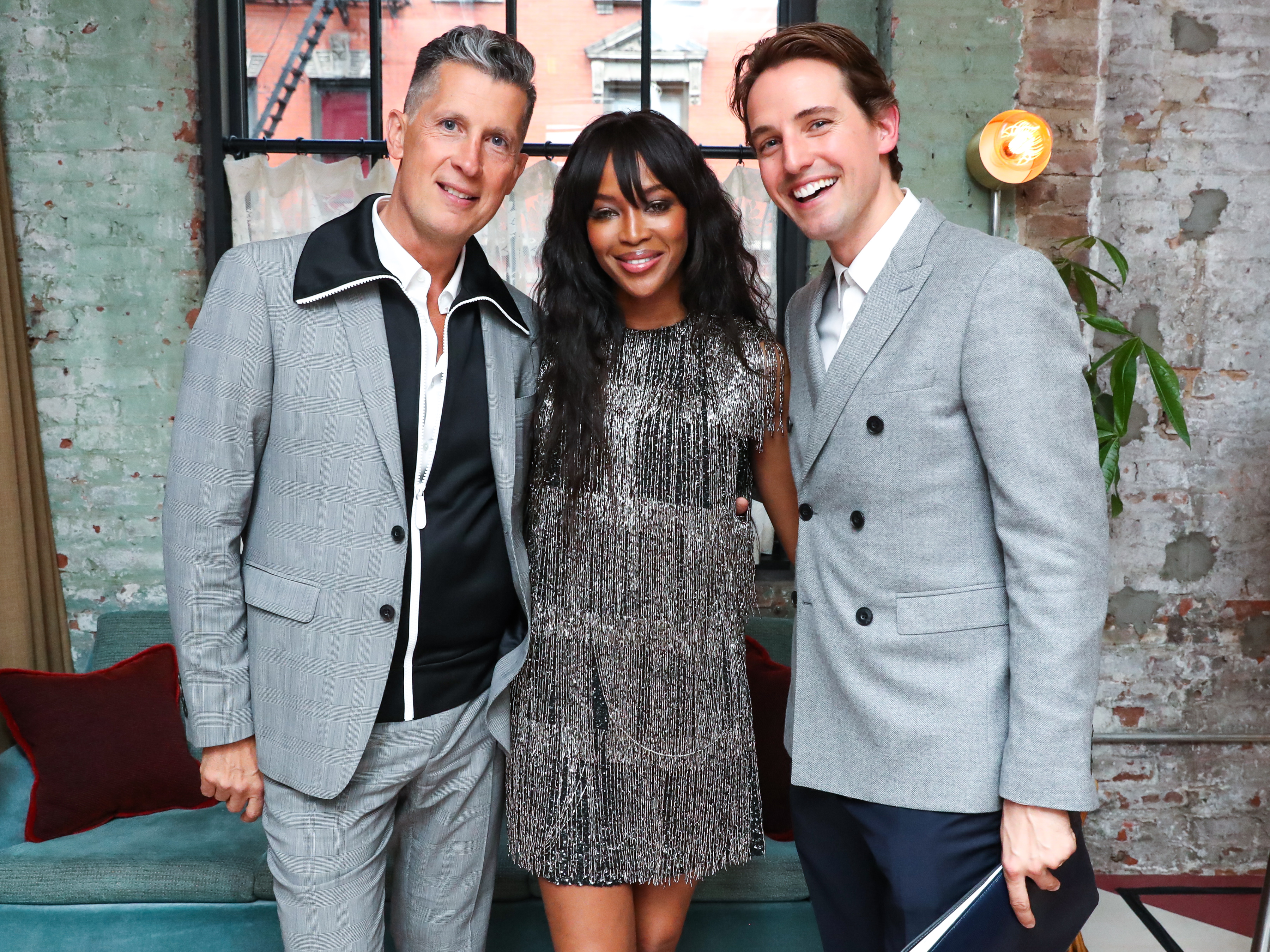 “Paddle8 is five years old and I’ve been at W for five years, so I think we’re at the same kind of vantage,” Tonchi told us. “They are great innovators by bringing technology into contemporary art. I love Alexander and his wife. They’re a great couple. They’re like me—we’re not New Yorkers but I think we have a very New York vibe. When he started Paddle, I immediately said we need to do a story in the magazine. He’s really been a very wonderful partner in everything we’ve done.”

The event brought out an impressive 150-plus guests, including Naomi Campbell, who popped in before heading to see pal Beyoncé, along with bestie Edward Enninful. Jessica Hart, Miroslava Duma, Gilkes’ wife Misha Nonoo, Douglas Friedman, Peter Brandt Jr., Indre Rockefeller, Stavros Niarchos, Jessica Joffee, Katherine Bernhardt, and Danielle Bernstein were on scene, sipping cocktails, indulging in the buffet-style candy bar of pure chocolate, and taking pics in the photo booth (no one got in trouble—promise).

“It’s my first time being here. It’s amazing. Very Lower East Side,” said model Lexi Boling, who’s a member of Soho House. As to whether she’s ever gotten in trouble for taking pics at the exclusive club? “All the time, but you do it anyway when they turn their back. You try to take a sneaky picture and then your flash goes off and all hell breaks loose.” Model Maria Borges, who stunned in Burberry, sympathized: ” I was doing my Snapchat and someone was like, please, no flash, and I was like, Ah, alright. I almost cried because all I wanted to do was share my food and environment. I was sad, but I understand.”

As for Tonchi’s thoughts on the new digs, he finds the space “very appropriate,” as it was “one of the pioneers in the Meat Packing District and now it’s really one of the pioneers coming to the LES on Ludlow. It’s bringing a level of sophistication and taste,” he added. “I identify with people who do things first, because that’s what we like to do at W.”

Lilly Pulitzer Presents Resort with VS Models at Mr. Purple