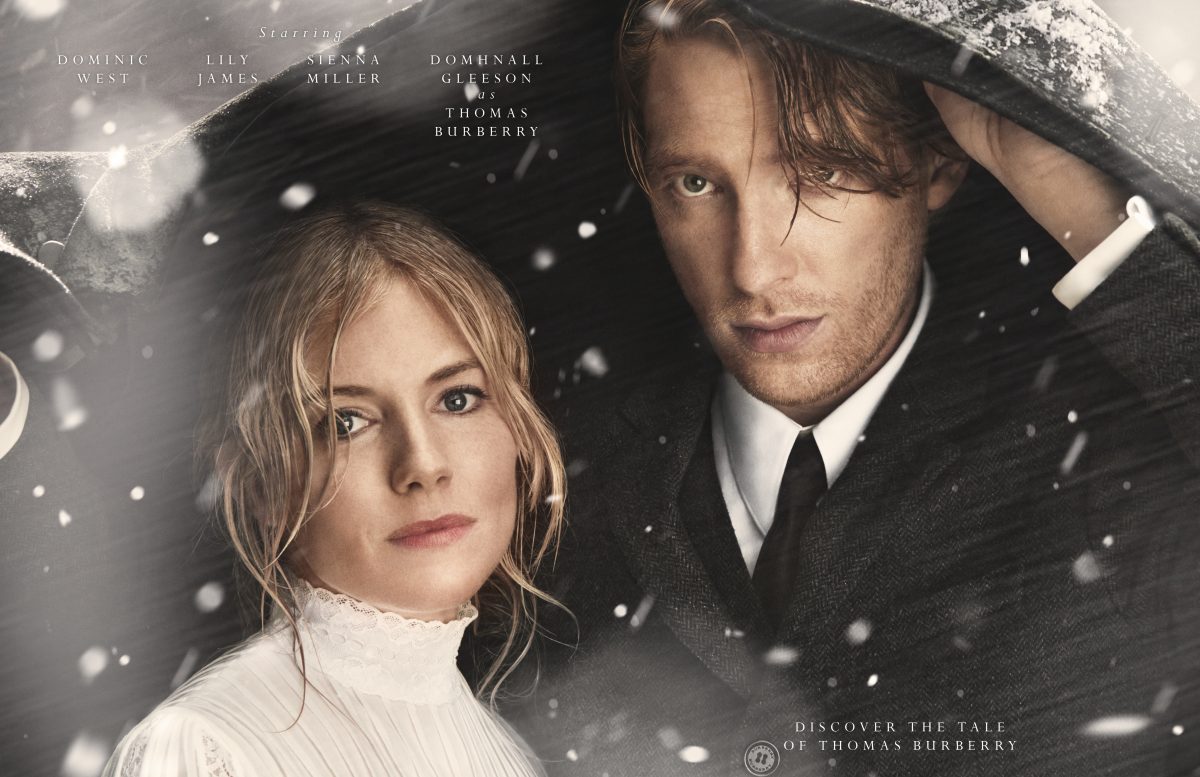 Burberry is celebrating 160 years, and the holiday season, by sending shoppers around the globe a special gift: a short film that celebrates the life of its founder Thomas Burberry, featuring a star-studded cast including Sienna Miller, Domhnall Gleeson, Lily James, and Dominic West. “This Christmas, as we celebrate our 160th anniversary, we wanted to tell the story of Thomas Burberry – pioneer, inventor, innovator, and the man behind the iconic trench coat – in our own words,” said Burberry CEO Christopher Bailey in a press release. “The film we have made is a brief glimpse inspired by his full and extraordinary life, which threaded its way through the history of the twentieth century in all its tumultuous highs and lows.”

The film, titled The Tale of Thomas Burberry, is a three-minute cinematic trailer that reimagines key events that have shaped the company’s history and values. Shirburn Castle in Oxfordshire served as the primary backdrop for the film, which was scripted by Academy Award-nominated writer Matt Charman and directed by Academy Award winner Asif Kapadia. “The aim was to make a trailer for a film that we haven’t actually made,” Kapadia said in a statement. “So to bring together all these epic moments of life, death, birth, love and relationships, and to go through time and to have various characters that would appear and reappear – it was about finding these epic movie moments that would then make the trailer.”

As for the cast, Gleeson plays Mr. Burberry; Miller takes on Thomas’ fictional first love; James is a pilot—a fictionalized character—inspired by the real life achievements of Betty Kirby- Green, who broke the world record in 1937 for a return flight from England to Cape Town in an airplane named The Burberry; and West plays Sir Ernest Shackleton, the pioneering polar explorer who wore Burberry gabardine for three Antarctic expeditions.

“Thomas Burberry was a remarkable character,” said Gleeson on playing the role of Mr. Burberry. “He was intensely gifted and very passionate about the real-world potential of what we wear and how it changes us. What he created has stood the test of time and influenced those who came after him – his work had such an impact and legacy after he was gone. I found that inspiring – it’s what most artists dream of. To be integral to the success of so many firsts in aviation, exploration, fashion etc. – it was a very inspiring role to play.”

Donna Karan on the New DKNY, the Crisis in Haiti, and Urban Zen’s Big Success