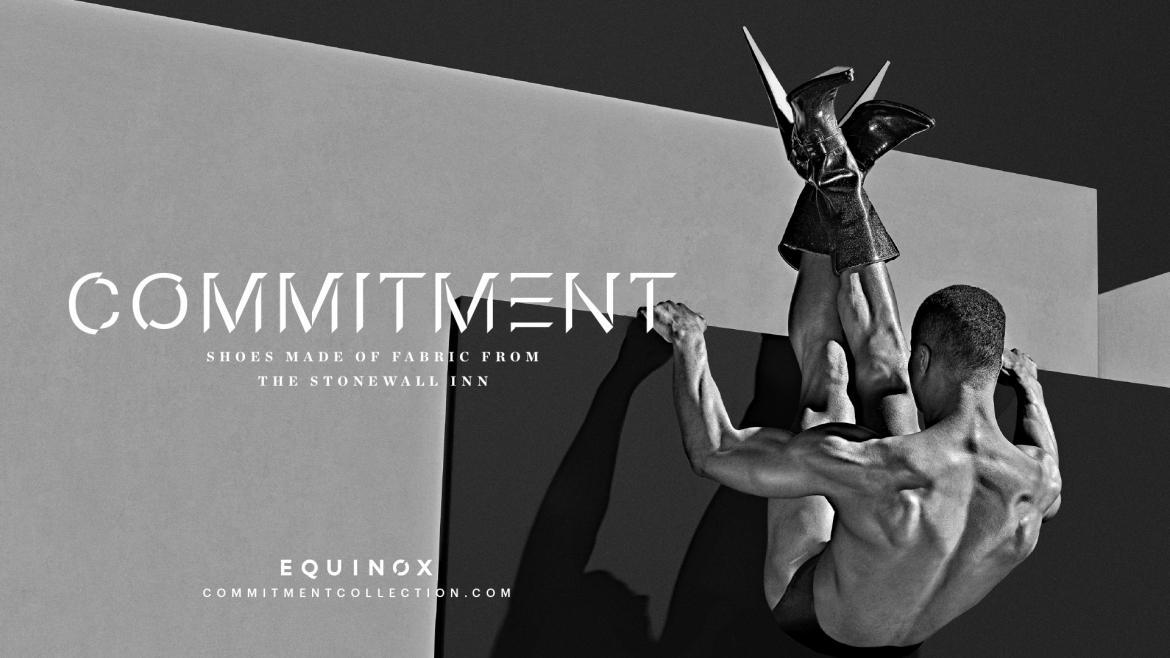 File this under: Collector’s Items. Shayne Oliver has created a pair of killer (literally) stilettos—featuring heels that extend so far beyond the ball of the foot they can’t actually be walked in—for a new Equinox campaign. The stiletto boots were crafted from Greenwich Village’s legendary gay bar The Stonewall Inn’s pleather banquettes in a symbolic nod to the commitment (and pain) of early activists fighting for LGBTQA rights. The Stonewall Inn is a national historic landmark for being the site of the 1969 riots that launched the gay rights movement.

Why? Equinox tapped six designers curated by Mel Ottenberg to each design a one-of-a-kind luxury item inspired by the passion and persistence of some of people and organizations who have committed to a cause as part of their ongoing “Commit To Something” campaign. The new version of the campaign, which was again lensed by Steven Klein, features pieces by Oliver, Ottenberg, Eckhaus Latta, Adam Selman, Rafael de Cárdenas, Virgil Abloh, and Glenn Martens. While the items from the collection are not technically for sale, some of the items will be auctioned off with proceeds going to benefit the organizations of importance to the designer, including the Memorial Sloan Kettering Cancer Center and The Heroes Project. See below for the full list of designer creations and their symbolic references.