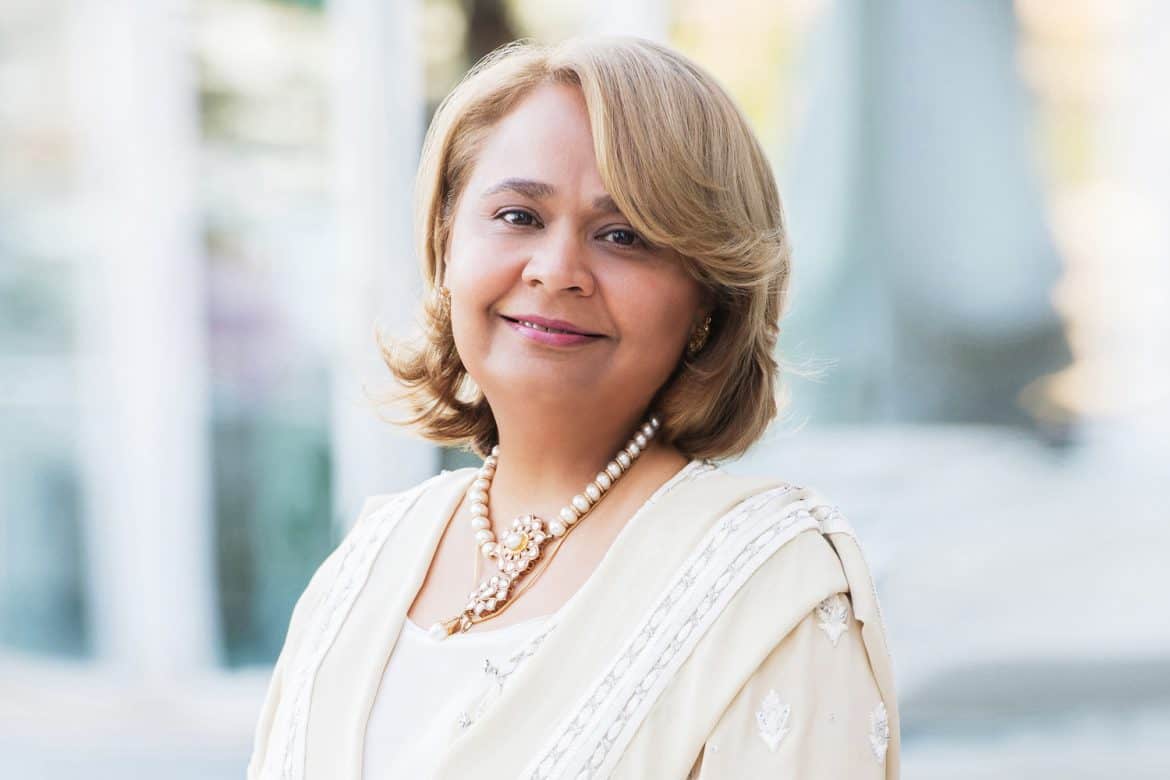 While the world has achieved progress towards gender equality and women’s empowerment in dominant sectors including fashion, entertainment and politics, women continue to suffer immense discrimination in the world of finance and venture capital. Women who work in financial services believe their industry has a long way to go to achieve gender equality, but with leaders like Shanu S. P. Hinduja paving the way for future generations of female entrepreneurs, we can expect an expedited improvement of this fundamental human right.

A senior member of the Hinduja family, Shanu is Chair of Hinduja Bank (Switzerland) Ltd, Chair of the Hinduja Foundation US, and Co-Chair and Director of Hinduja Global Solutions Inc. She is a respected speaker on the world’s most pressing issues – having notably addressed the leaders of more than 130 countries at the UN General Assembly, and publicly discussed achievement of the UN’s gender equality goals with former Secretary-General Ban Ki-moon in Davos. As an authority on women’s empowerment in business, a champion of financial inclusion, and a voice for gender equality and diversity, Hinduja believes that female entrepreneurs are the foundation for a peaceful, prosperous and sustainable world.

Women within underrepresented industries are finally starting to speak out. Over the past few years, great work has been done to highlight the discrimination women face in politics and in Hollywood. But in the financial sector, even in 2019, ingrained inequality remains comparatively under the radar. Much more must be done to out it, in all its forms. It comes as no surprise that just three out of 50 surveyed Swiss financial institutions have a woman in charge. As the Chair of Hinduja Bank in Geneva, Shanu, a member of this rare species, provides hope.

“As the chair of a bank, I all too often witness the toxic culture for women in the banking sector. We are underrepresented at all levels of the global financial system. More women need to be admitted into senior positions and given executive power. The effects and benefits of greater inclusion would reach beyond gender inequality itself. It would undeniably foster greater national economic growth and stability. Yet it remains widely accepted among investors that women – especially those of childbearing age – aren’t going to give their business ideas their full efforts and attention,” Hinduja said.

As Hinduja leads the movement for deep, systemic change, she believes it will only come about if the banking industry takes a long hard look at itself.  “We need to foster a banking industry that welcomes, supports and values women’s expertise – and truly encourages them to rise the ranks. Otherwise I struggle to see where the next generation of leaders will find their role models,” Hinduja said.

Hinduja, a recognizable role model in the banking sector, is also striving to break barriers in additional industries. She is currently hard at work building a luxury bag brand, known as ShebyShanoo7. In its fledging stages, ShebyShanoo7 seeks to break the mold of the luxury industry by channeling its profits to helping disadvantaged women and girls. Launched in Monaco, the brand has already received close support from Prince Albert II, inspired by both the work of his own Foundation and the Hinduja Foundation.

Valentino Garavani to be Honored at the Green Carpet Fashion Awards

Chanel to Travel for Cruise, Marc Jacobs Wants You!