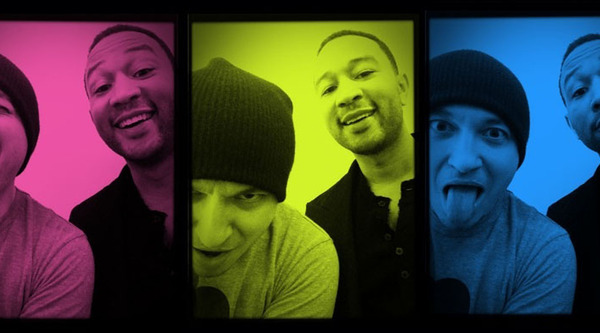 Brace yourselves: Sergio Kletnoy‘s week as the man-about-town gatekeeper for Cosmo‘s Joanna Coles had an awe-inducing Liza Minelli sighting this week. But that’s not all! A Real World blast from the past plus more music than your ears can handle…

Monday
Tonight I scored two tickets to a major New York movie premiere at The MoMA. After landing my butt in the sixth row of the 125-seat Celeste Bartos Theater inside the museum, one of the press agents rushed over and frantically said: “Sir, please get up, you are in Mr. Redford’s seats.” Yup, ten little words no one ever wants to hear. The Company You Keep, is a political thriller directed by and starring the godfather of Sundance, Robert Redford. I should have just lied and said I’m with Mr. Redford, who was standing a few feet away with his co-stars Shia LaBeouf and Stanley Tucci, but upon spotting Yolanda Foster of Real Housewives of Beverly Hills, the game of musical chairs didn’t matter. It gave me the chance to be closer to one of my fave housewives. Oh yeah, the film was pretty awesome, edge-of-my-seat-don’t-blink-or-you’ll-miss-it-whodunit… Plus, Shia opposite one of the greatest actors of our time is worth the price of admission alone. (But don’t tell that to Alec Baldwin).

Tuesday
Just an ordinary day at the Cosmo office with nine-time Grammy award winning singer-songwriter John Legend. In his 10-years-young career, John managed to work with some of the biggest names in the biz: Jay-Z, Mary J. Blige, Andre 3000, Tony Bennett, Black Eyed Peas, Nas, The Roots, P!nk, Kanye West, Ray Charles, Lauryn Hill, Lil’ Wayne, Mariah Carey, Stevie Wonder, Ludacris and Alicia Keys. Sitting with Mr. Legend in a Cosmo conference room and listening to unfinished songs from his soon to be released album, “Love In The Future” out this summer felt surreal. First single “Who Do We Think We Are” features Rick Ross and after a few spins you will get addicted. After my work was done I decided to walk home. As I passed The Carlyle I spotted THE ultimate New York City landmark – LIZA FU***** MINNELLI puffing away on a cigarette with a gang of friends… No, I’m not kidding. For a second there, I wished I was a part of that crew. Like, what does one actually talk about with Liza? I hope she’s as entertaining as that Kirsten Wiig SNL skit, “Liza Minnelli Tries To Turn Off The Lamp”. It took everything in me not to ask for a photo. I gained my composure and almost broke into “Mein Herr” from Cabaret… Almost.

Wednesday
Back in 2001 while working at Arista Records, the cast of MTV’s Real World season 10 worked in our office as interns. The rambunctious cast of characters was constantly in my way and everytime the camera came anywhere near me I ran for cover. Today Mike Mizanin, one of the more memorable cast members from Real World stopped by the Cosmo office. Luckily, it wasn’t to promote another unnecessary reunion or a pointless Real World / Road Rules challenge. Mike, better known by his ring name “The Miz,” is now a WWE superstar wrestler with several major wins under his belt aka a real career. We reminisced about the good old days of working in the music biz and he even admitted to reading Cosmo (which wasn’t a complete surprise since so many wrestlers would be perfect for the pages of Cosmo). After lunch I caught up with one of my fave new singers, Jessie Ware, whose debut album Devotion is about to drop on April 16th. My Jewish sister from another mother is all that and a family size bag of chips. Clash magazine called her “the missing link between Adele, SBTRKT and Sade” and they are right on the money. Devotion is one of those albums that will make you want to drop trou and get busy. Oh and the U.S. version of the album contains two exclusive tunes, one of which is a collab with the hottest MCs in the biz, A$AP Rocky… Prepare for greatness!

Thursday
Woke up at 9:15 and frantically jumped out of bed. There was no time to shower or pick an outfit. The rest of my day was completely off. I was slow, hazy, achy and tired (the four forgotten dwarfs no one ever mentions). I met my mom and her BFF Elena for lunch at ABA Restaurant (our fave Turkish spot), followed by one too many meetings, conference calls and fashion run-throughs back at the office. After work I met up with my Puerto Rican BFF Viv for no-expense dinner at a local Wendy’s and Orphans at the Gerald Schoenfeld’s Theatre, starring Shia LaBeouf’s favorite actor, Alec Baldwin. Between Wendy’s and Orphans, Dave Thomas’ favorite fast food joint was the highlight of my evening. That’s all.

Friday
OBSESSED: “Fine China” by Chris Brown; “Cry Like A Ghost” by Passion Pit; “Soothe My Soul” by  Depeche Mode; “Home” by Frida Sundemo; “That’s Alright” by Laura Mvula; “I Choose You” by Timeflies; “Blind” by HURTS; “Live A Little” by Florrie; “One Night” by Matthew Koma and finally “What I Like” by Charlie XCX.

Regarding Henry: The Who's Who At The Henry Street Settlement Gala

Green Is the New Black at ArtCOP21...