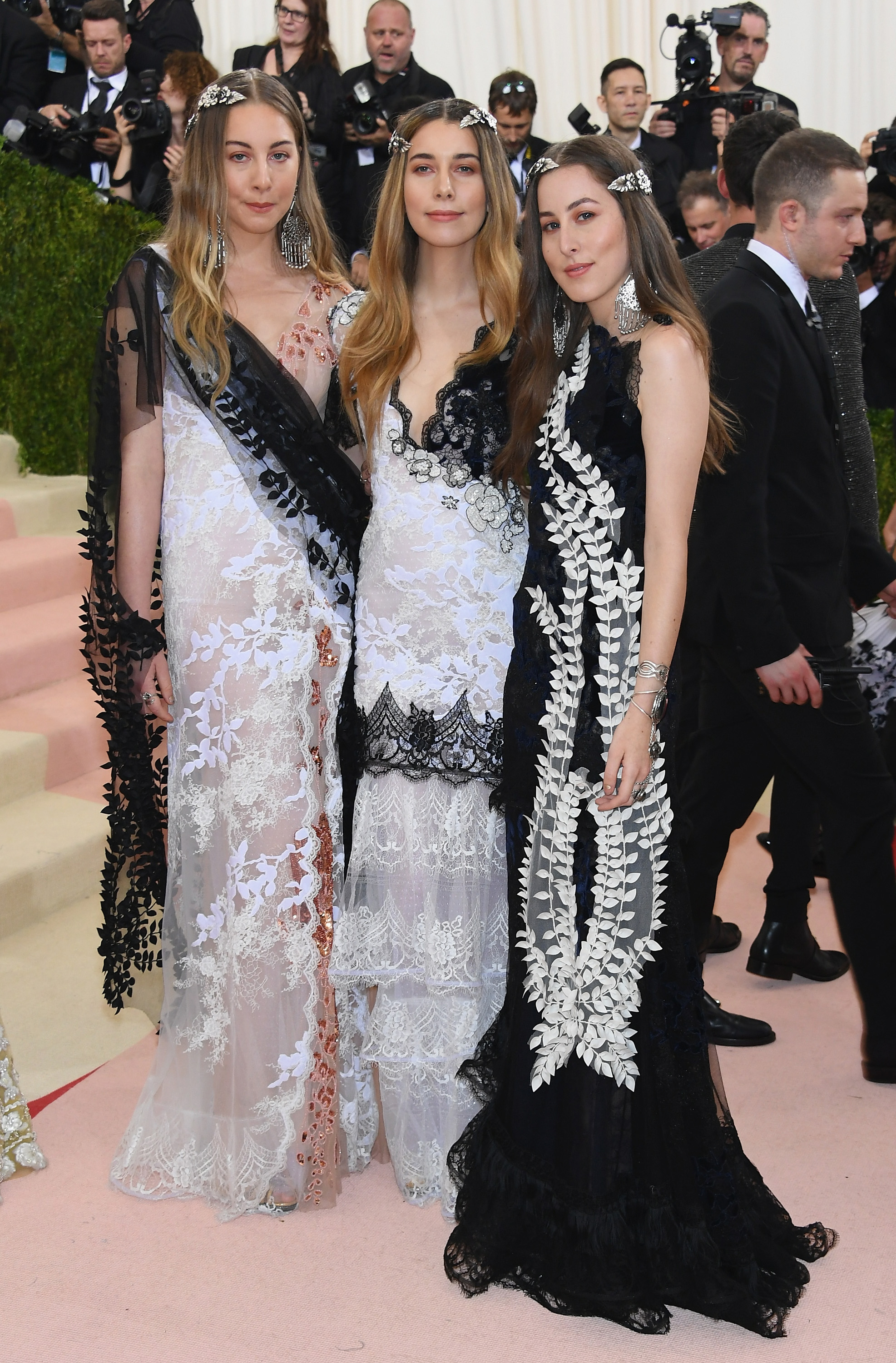 NEW YORK, NY - MAY 02: Haim attends the "Manus x Machina: Fashion In An Age Of Technology" Costume Institute Gala at Metropolitan Museum of Art on May 2, 2016 in New York City. (Photo by Larry Busacca/Getty Images)

Haim Collaborates with Reformation [Fashionista]
Following a recent collaboration with Patagonia, the band is teaming up with Reformation on a holiday range of 10 New Year’s Eve-ready pieces.

Roland Mouret Moves Show to London [Harper’s Bazaar]
The designer will move his Fall/Winter 2017 and Spring/Summer 2018 Fashion Week shows from Paris to London to celebrate the brand’s 20th anniversary.

Kylie Jenner Is Selling Her Own Pin-up Calendar [Elle]
Terry Richardson photographed Kylie Jenner for her own 2017 calendar, which will be available on December 10.

Nicki Minaj Refuses Real Housewives of New York Appearance [Page Six]
While RHONY producers wanted to catch Nicki Minaj on-camera with housewives who were coincidentally filming at Jue Lan Club this past week, the rapper wanted no part of it.

Alec Baldwin Bites Back [Cosmopolitan]
In a Twitter convo with the President-elect, Alec Baldwin told him he’d agree to stop doing his  Trump impersonation in exchange for the release of his tax returns.