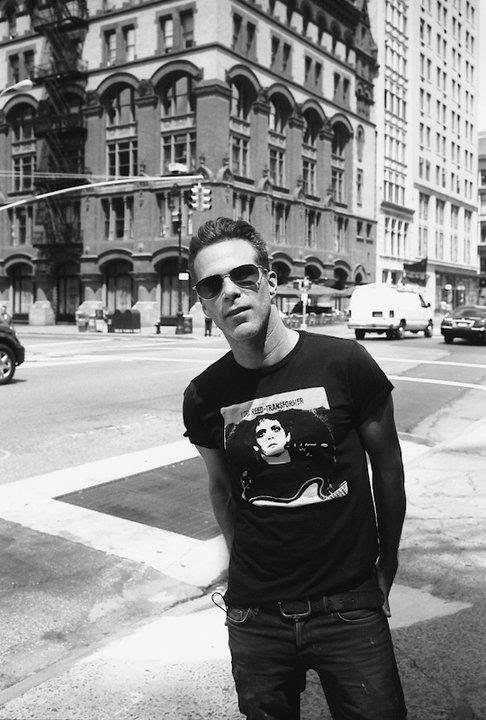 After 16 years as founder and president of ONE Management in NYC, Scott Lipps has begun his next chapter with the launch of a new namesake agency, Lipps LA, the sister company—as he puts it—to ONE, where he retains an ownership stake in the company. Lipps says the agency will be the first of its kind in L.A., spanning social influencers, creators, celebrity endorsement and modeling, and content and brand consulting. We caught up with Lipps, just hours into moving into his new digs in the new Dream Hotel, about shifting to the West Coast and what we can expect in his next phase.

Scott, what sparked you to launch Lipps LA?
There’s definitely a trend toward creators and influencers. There’s always been a huge celebrity presence online, and the future of the business is definitely incorporating the digital world. The biggest models in the world, like Cara Delevingne, have a huge digital imprint. You can launch models’ careers based on how her following develops. I’ve always wanted to do something out here [in L.A.]. Years ago, Hedi Slimane and a lot of other photographers came out here to shoot. Being a creative guy that does photography too, I’ve always been drawn out here. I started thinking, what could I do that’s different and leave my mark? The idea of a 360 kind of company representing models first and foremost, influencers, and celebrities, and creating content and working with brands to develop that content and help market their brand seemed pretty interesting.

Have you lived in L.A. before?
Years and years ago! I was in a rock ‘n’ roll band, in the Guns N’ Roses era, playing music full-time. It’s such a different place now. I started in the fashion business years ago as a driver for models at my cousin’s agency, way before Uber. Now everybody uses Uber. Social media has a big impact on the way people live—life is just a different thing. It’s all about convenience and immediacy. People live almost online, sometimes more than they live in the present. I’m somewhat guilty of that too.

Will Lipps LA and ONE share talent?
We’ll definitely be sharing talent. We have a great roster already, and I’ll probably release it in a week or two. We signed about 25 people already. No question, we will be sharing a lot of talent with New York and other places, too.

Iman is one of your most legendary clients.
I love Iman, and I’m sure I’ll continue to do things with her. It’s a question of the clients out here who I think I can get the most work for.

How big of an operation is Lipps LA?
Including me, it’s five people. I hired Anahid Krile, the director of L.A. Models [the biggest modeling agency in L.A.] for the past 17 years and her second in command, Monna Lee.

You mentioned in another interview that you were influenced by Tommy Hilfger’s fashion show in L.A. In what way?
It was a momentous event. It was probably more exciting to me than anything that I saw in New York. A lot of these influencers and creators and brandable models have moved to L.A. You see this sort of cultural movement shifting toward the West Coast. Historically, it’s a great place to scout talent.

Your office is based out of the Dream Hotel. How’d that happen?
It was just a really great synergy. I’m friends with Jason Strauss and Noah Tepperberg of the TAO Group, who’s opening it, as well as Grant King, the developer. It’s a beneficial relationship for both parties. It’s a very sexy address and a very sexy place to be a part of, in terms of the incredible rooftop—it’s amazing for content. We’re having our opening party on Saturday. My friend Courtney Love will perform, and we even have Questlove playing. It’s a pretty cool thing.

Is it weird working in a hotel?!
[Laughs] Today is the first day, so I don’t think so! Over the last 20 years there have been a few different agencies and companies in hotels. It always intrigued me. I’m looking forward to the synergy!

What do you miss most about living in New York?
I’ve been back and forth to New York probably eight times in the last six months, so it’s not like I won’t be going back. I’ll be a little bit bicoastal, like I’ve always been. I should be back once every month or so. I hope that I don’t miss it too much.

What’s your goal with all of this?
Honestly, for me it’s always about building the biggest entertainment related company you can build. That’s always my ultimate goal in anything that I do. The models are first and foremost, and what I’ve done for 25 years. There’s a huge celebrity presence here, which is very exciting because I’ve represented a lot of celebrities over the years in New York, and this is where they are based. From a digital perspective, I would love to disrupt the business and do things differently. We’ll have the traditional model calling and the celebrity representation in the digital sense, but we’re also building out a whole side of things that aren’t done yet, including brand consulting and content development and working to market brands along with our talent, and packaging it together.

You know this guy got hazed HARD thru life with a name like LIPPS. It’s really unfortunately he’s also short, balding, desperate for attention, terrible drummer, bad in bed (small), smells, has the worlds largest chin, is a wannabe hipster, and rarely brushes his teeth (trust me, I know – has terrible shit breath).

Guy should win the 2017-2018 Pretentious Man Award. Buy the way, stop constantly trying to name-drop your own shitty band that nobody cared about from the 80’s.

Funy story. I used to work for Scott at Karen Models in NYC. Once he sent me to get his lunch from Balthazar and when they mistakenly put mayonsaise on his sandwich, he actually cried after biting into it because he was trying to lose weight. As PUSSY LIPPS mentioned, Scott does mention his old band every chance he gets. It gets annoying after a few years.