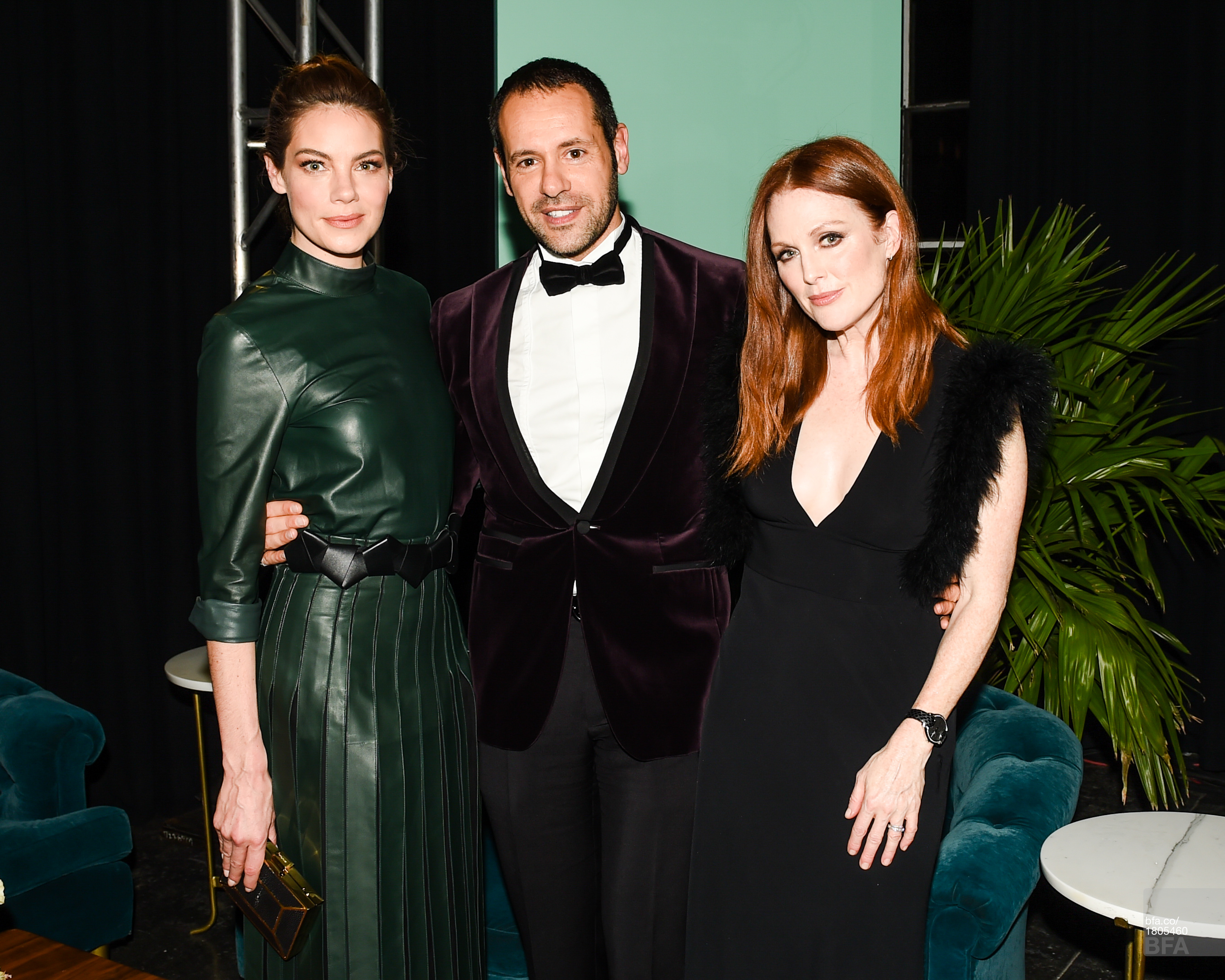 On Tuesday night, Salvatore Ferragamo hosted a big bash to continue the celebration of the brand’s 100-year presence and impact in Hollywood. The event, held at Gancio Studios in New York City’s Meatpacking District, was set up as though one had just walked onto a set at Universal Studios. There were dressing rooms filled with all of Ferragamo’s latest ready-to-wear and accessories, a red convertible in which guests could hop in and take a photo against a faux backdrop, popcorn, theater seating, an Art Deco bedroom scene, and more, thanks to impressive set design by Alexandre de Betak.

Creative director Massimiliano Giornetti, chairman Massimo Ferragamo, and Chiara Ferragamo welcomed guests like Julianne Moore, Michelle Monaghan, Dree Hemingway, Carine Roitfeld, Alexandra Richards, Elettra Wiedmann, Ethan Peck, and plenty more to the chic soirée. Monaghan, who arrived in a forest green leather dress from the Fall ’15 collection, can still remember her first Ferragamo purchase. “It was a little black vintage crocodile purse that I got from Decades in L.A.,” she recalled. She also vividly remembered a recent Ferragamo moment from this past summer. “I wore this beautiful black halter dress with a snakeskin top to a number of press previews,” said Monaghan. “It was so beautifully cut, sexy, flattering, and chic. I just think of luxury when I think of Ferragamo.”

But despite the ultra-luxe atmosphere, the event was all about letting loose and having fun, fun, fun. “It’s a nice way to celebrate,” Giornetti told The Daily. “I really think that our fashion has to bring joy. I don’t want to be superficial, but especially in this moment it has to be optimistic.” The event was the third in a series of parties celebrating the centennial, which began in L.A., went on to Shanghai, and concluded last night in New York City. Giornetti said he had been thinking more than ever about the brand’s distinct heritage, including incorporating key symbols of the brand like the color red or the signature Gancino hardware into the collection. He even introduced a new project devoted to this notion called ‘Signature’. He also added that he felt like Fall 2015 and Spring 2016 collection are among his best yet. “The Spring/Summer collection will, of course, be different but we’re still playing with the same elements,” said Giornetti. “It’s much more about easy cocktail dresses, colors, and that crisp feeling of summer. I really think the last two collections are strong. There are very many young friends of mine who are just crazy about the accessories and the shoes. Yesterday, I was having different meetings ith editors and stylists, and everybody’s crazy about the accessories. We’re really happy.” Judging by how much we have seen those art deco heels around town, it’s clear that Giornetti is onto something. 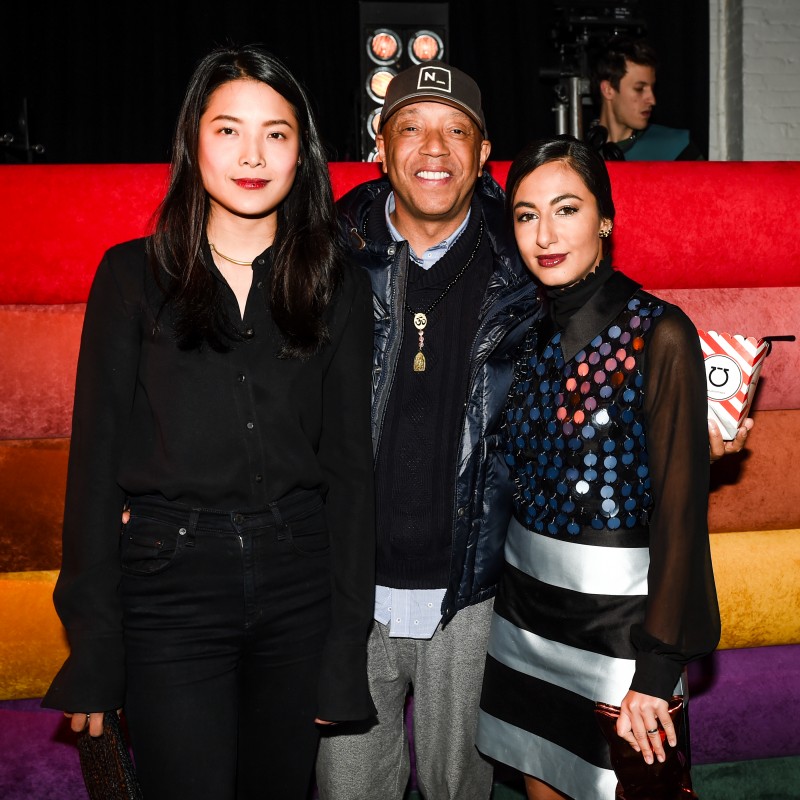 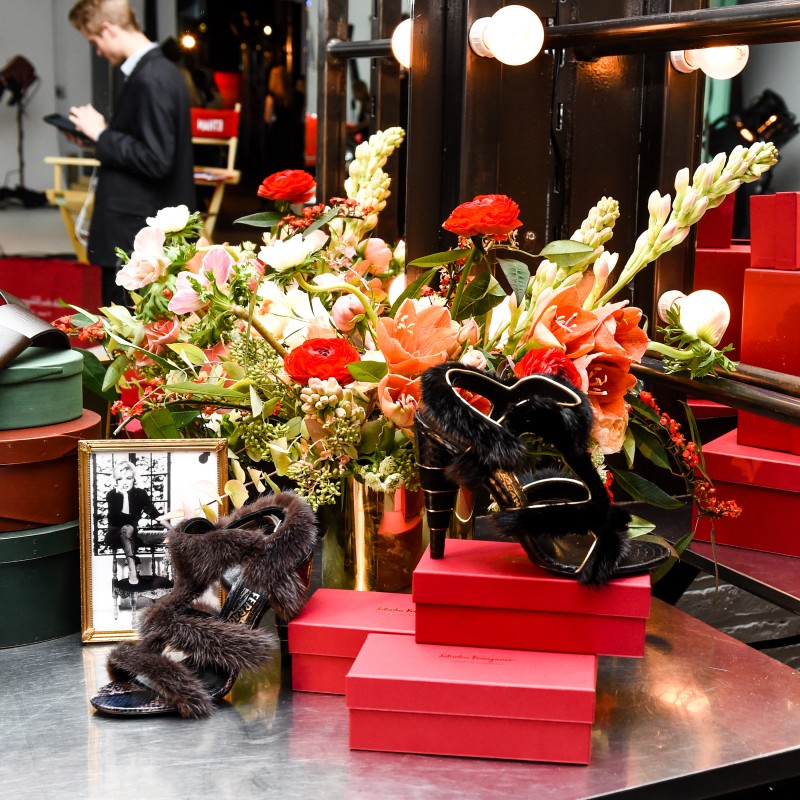 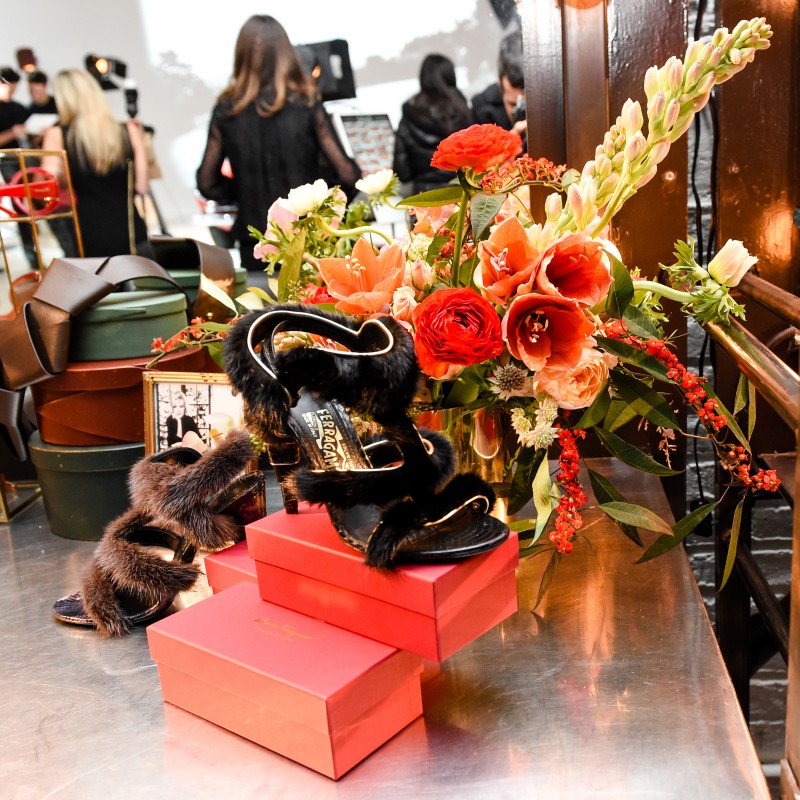 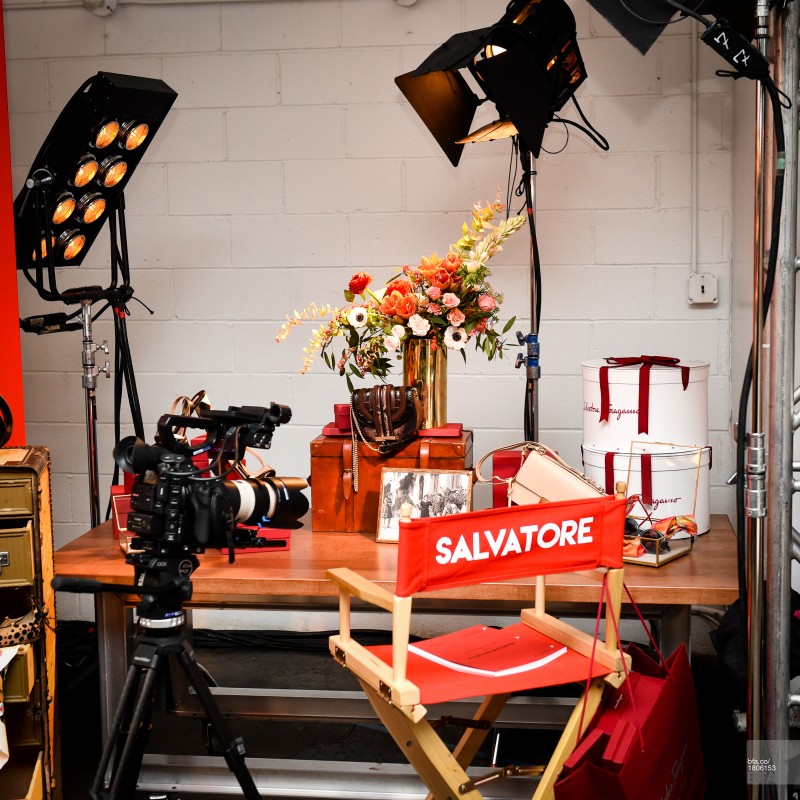