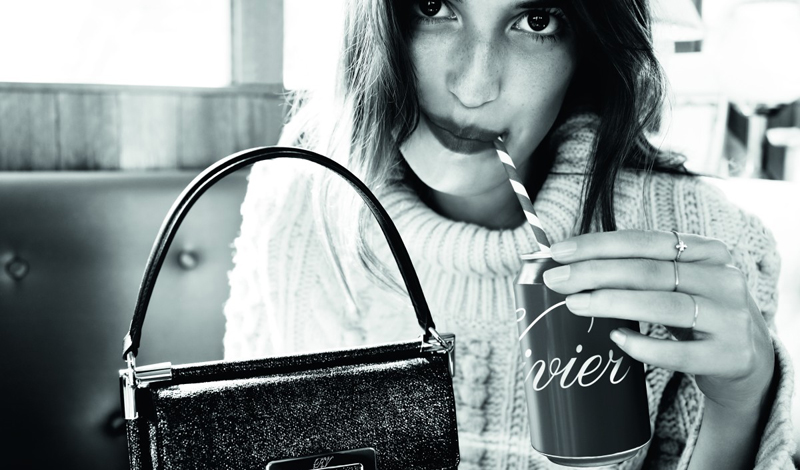 Roger Vivier has tapped 22-year-old chicster and burgeoning actress Jeanne Damas as the face of their Fall/Winter 2015 campaign. The Parisian “It” girl, who boasts 100,000 Instagram followers, was photographed by British photographer Kate Bellm in and around Paris’ most iconic sights such as the Seine, the Eiffel Tour, cafés, and nightclubs. In the campaign, Damas wears the brand’s icons like the vertiginous Sphere heels, the Buckle on a new style of pumps, and a thigh-high leather stretch boot with a patent Miss Viv’ bag.

Damas has the looks of a young Charlotte Gainsbourg or Lou Doillon, which is a certain quintessential cool chicness that exudes that “I woke up like this” vibe that some French women inherently possess. It’s a natural elegance to which Vivier’s brand ambassador Ines de la Fressange can also lay claim. “Jeanne is a modern and typically Parisian young woman. She is already a fashion icon, but laughs comfortable in the face of fashion and trends,” said Fressange in a press statement. “In jeans she’s sophisticated and in a dress she’s cool. Jeanne represents an attitude that’s undeniably what young women of her generation like about her. Roger Vivier is also focusing on these women: women who have fun with clothes and accessories, who’ve looked at photos of their mothers, but invented their own style.” Check out the video to see Damas in her Roger Vivier’s. If you’re like us, there will be a few you won’t be able to live without.