written by Alexandra Ilyashov May 6, 2015

As the crowd swelled around 7:15 p.m., Hearst Magazines president David Carey kicked off a couple of speeches. “We’re so fortunate to have someone of Robbie’s style, substance, and stature leading…We love Robbie’s intelligence, and we love that she goes after any critic that doesn’t think a women’s magazine like ELLE is a place for serious and important journalism.”

“The job of editor-in-chief has never been an easy one. I know I was one myself, and I didn’t last 15 years! But I would argue it’s never been harder than it is today…Robbie Myers is one of the best in the business,” said Hearst’s president and CEO, Steven Swartz. Next up was Myers’ counterpart, publisher Kevin O’Malley: “Next week will mark four years since Robbie and I first met…I was immediately struck by Robbie’s down-to-earth persona, her intelligence, and she has this almost unnervingly calm demeanor.” When Myers took the mic, she eschewed her notes and went off-script (very wittily so). Then, a champagne toast transpired and the crowd grabbed another round of vino and nibbles like tuna tartare while gushing over Myers (and those million-dollar Central Park views).

As expected, fellow ELLE stalwart Anne Slowey had a fun Myers recollection on the ready. “We used to be on a swim team together on the Upper West Side in the ’80s. So, she saw me naked, before we worked together. Robbie has seen me at my best dressed and my least-dressed!”

Lindsey Ellingson was eager to dish up a favorite moment being in the mag’s pages: “It would have to be my shoot with Ansel Elgort before he blew up into this huge movie star; his father, Arthur Elgort, is one of my favorite photographers. In one of the shots, Ansel was up in a tree and I was sort of hung from the tree; it looked like I was a fairy,” Ellingson recalled.

One of Myers’ adorers, Jamie King, turned out for (and waxed poetic about) the ed. “I met Robbie at an ELLE event four or five years ago in Miami; I was going through some personal things, and Robbie and I talked for a really long time. The minute I met her, I shared things, very vulnerable topics, I felt like I wouldn’t ever share with someone that runs a magazine. I felt so safe with her, and like she was actually listening,” King recalled. “Tonight, I’m pregnant, very sore, and not feeling well, but even after the Met Ball, I wasn’t going to miss celebrating Robbie for the world.”

“She’s someone who’s navigated business territory with such grace and strength, and she pushes boundaries and takes risks,” said Rachel Roy.

After the ongoing flurry of hugs and handshakes awaiting Myers subsided, your Daily chatted with Myers about cheeseburgers (she’s apparently a big fan, whether they’re from Corner Bistro or McDonald’s) and her very first day as EIC at ELLE. “I was five months pregnant, and I remember thinking, ‘You know, this job is very demanding, I’m going to have to figure this kid thing out!'” We’d say she’s figured it all out, kids and beyond… 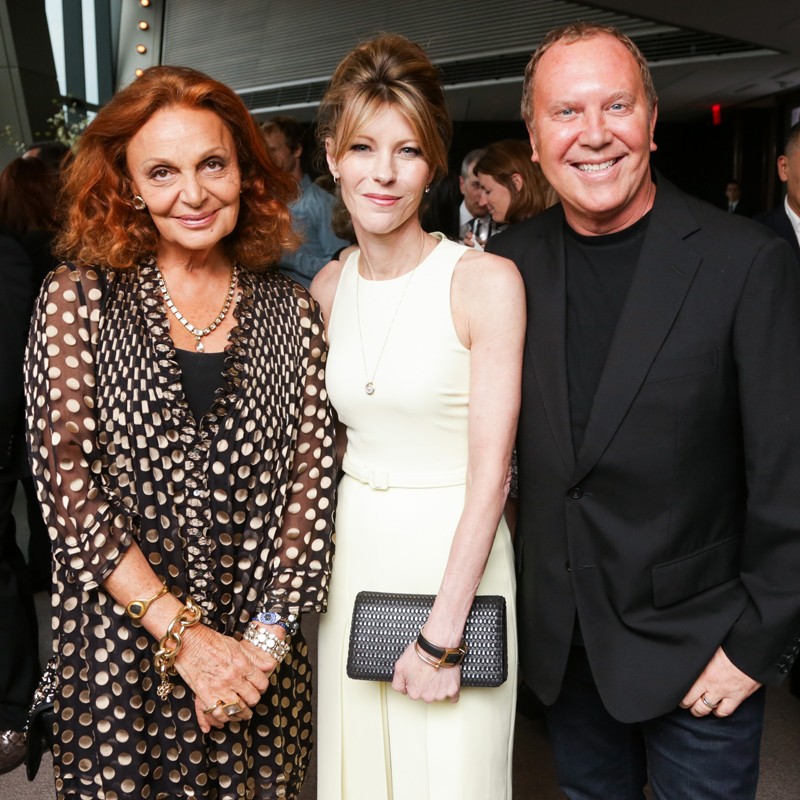 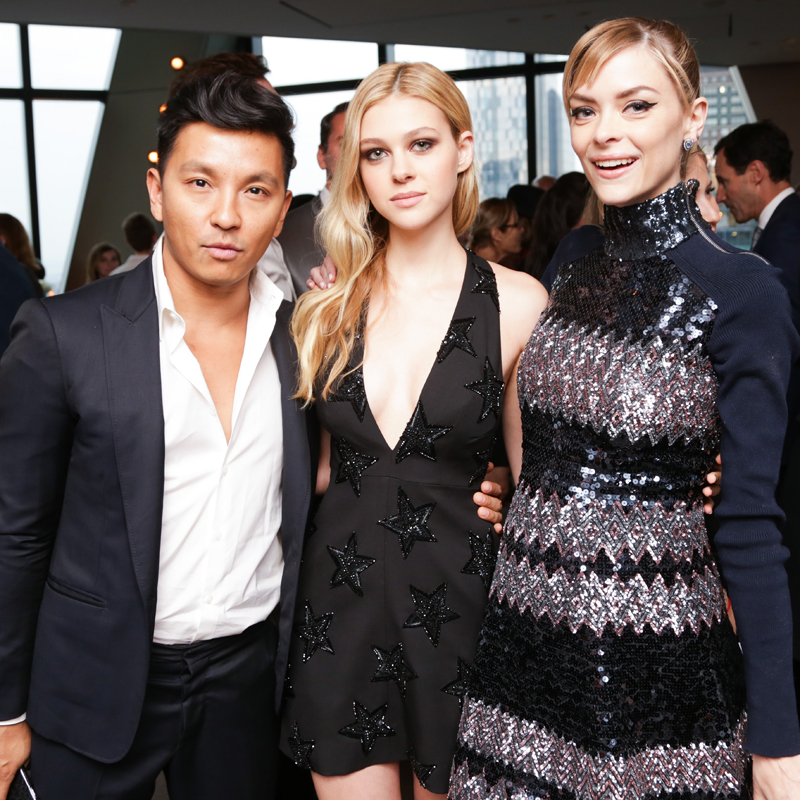