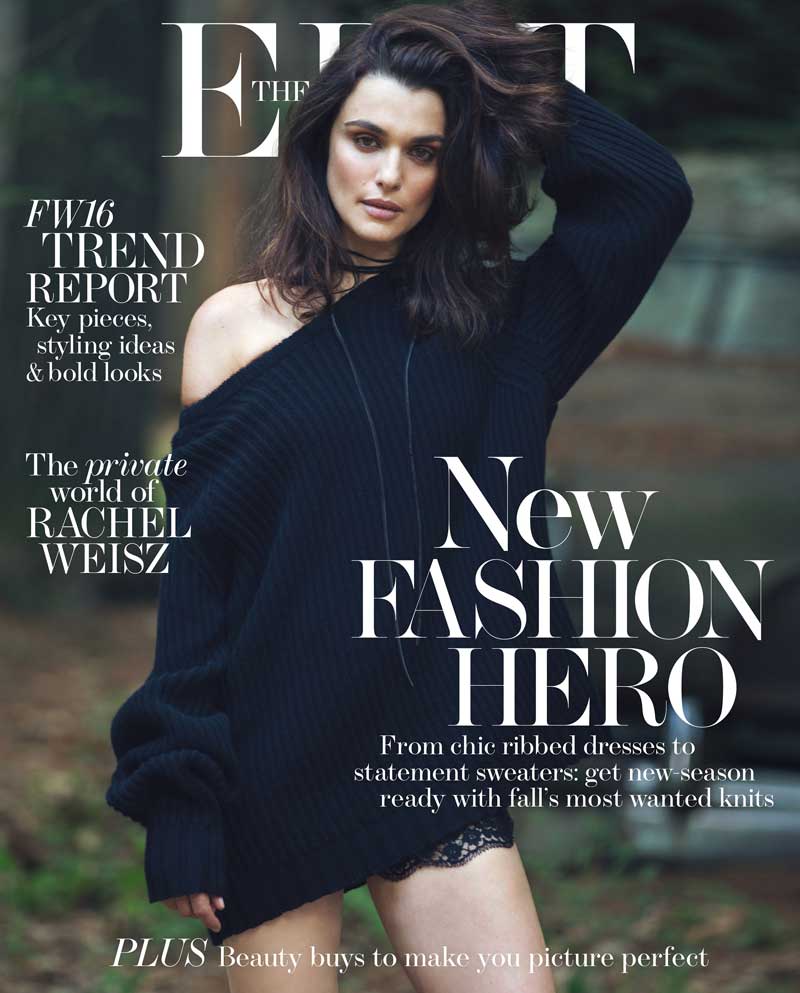 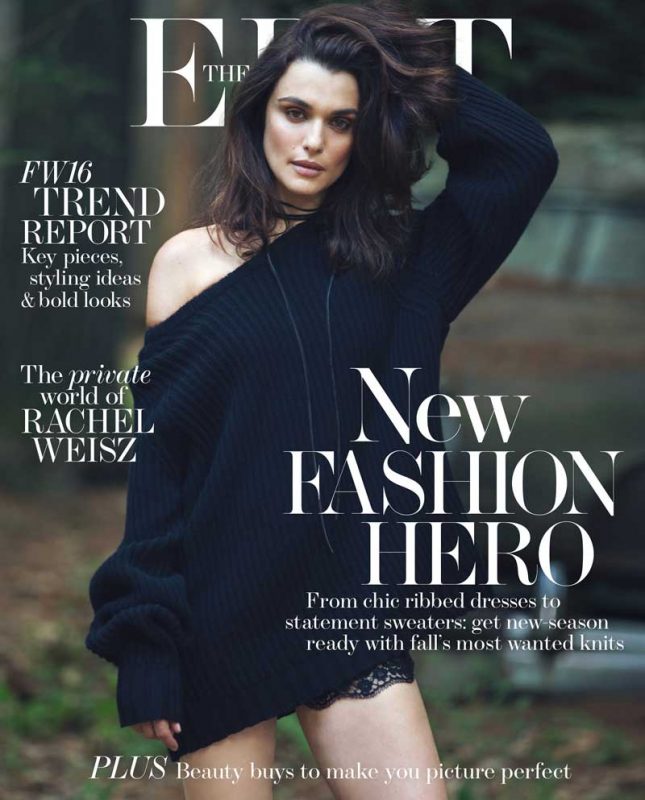 The adorable Rachel Weisz, British actress and the center of attention in this week’s The Edit by Net-a-Porter, has a lot going on. In addition to starring in the forthcoming film The Light Between Oceans alongside Alicia Vikander and Michael Fassbender, she plays the lead role in the legal drama Denial, the true story of historian Deborah Lipstadt. In her feature for The Edit, shot by David Bellemere and styled by Tracy Taylor, she opens up about keeping out of the spotlight, Brexit, being a feminist in the film industry, and more, and poses in looks from Acne Studios, Elizabeth and James, Adam Lippes, The Row, Jason Wu, Altuzarra and Proenza Schouler, all shoppable at www.net-a-porter.com. Below, a few highlights from the interview—check out the full feature HERE.

Rachel on her resistance to talk about her private life in the name of movie promotion:
“I don’t love going to the cinema and knowing tons about someone’s real life. Look, I totally understand why people are curious. It’s how they relax. They open magazines and see stories of famous people failing; crashing and burning; doing well; crashing and burning again. It’s a sport. A relaxation sport. It’s human.”

On not wanting to play the female victim:
“I don’t have my own personal manifesto. The things I choose must be somehow what I’m interested in. There are certain characters I wouldn’t want to play, or stories I wouldn’t want to tell, where the woman is just an object or a victim. But that’s because I think it’s a piece of s***! Not interested!”

On gender inequality:
“It’s very easy to talk about: it’s clear women aren’t paid as much; they’re not represented enough in leading roles. But the problem isn’t film, the problem is culture – women in all positions across the board. Everything is out of control.”

On feminism and how women’s movies have become a weird subgenre:
“It’s about finding really fabulous roles for women… instead of giraffes. I say that because people talk about women as if we’re outliers! It’s a really odd thing to keep saying, ‘I need to find a part for a woman.’  “Women’s movies have become a weird subgenre. People talk about them as if they’re niche. Why? If you look at movies that are pre-’60s feminism, women didn’t just have to be sweet and sympathetic. Look at the characters of Katharine Hepburn, Bette Davis, Barbara Stanwyck, Elizabeth Taylor: fierce, powerful, difficult women. After the ’80s, women had to be more likeable. They have to be pleasing, sweet, smiling and subservient. Women are being punished by stories. Probably for feminism.”

On her son having no interest in her career:
“I’m his mum, so of course he’s uninterested. I don’t think he wants to see me turned into someone else. That would be if I’m analyzing it, though; he’s never told me that.”

On feeling very English:
“Running around (for work) – and it’s incredible to travel and see the world – really makes you value home life.  It’s so nourishing.  I potter around the kitchen listening to (BBC) Radio 4”

On the Brexit vote:
“It’s a very sad thing. I feel terrible that the young, who mainly wanted to stay [in the EU], have to grow up [with the result].  It’s really, really unfair on the new generation.”

An Exclusive Interview with Jason Wu on Collaborating with Caudalie