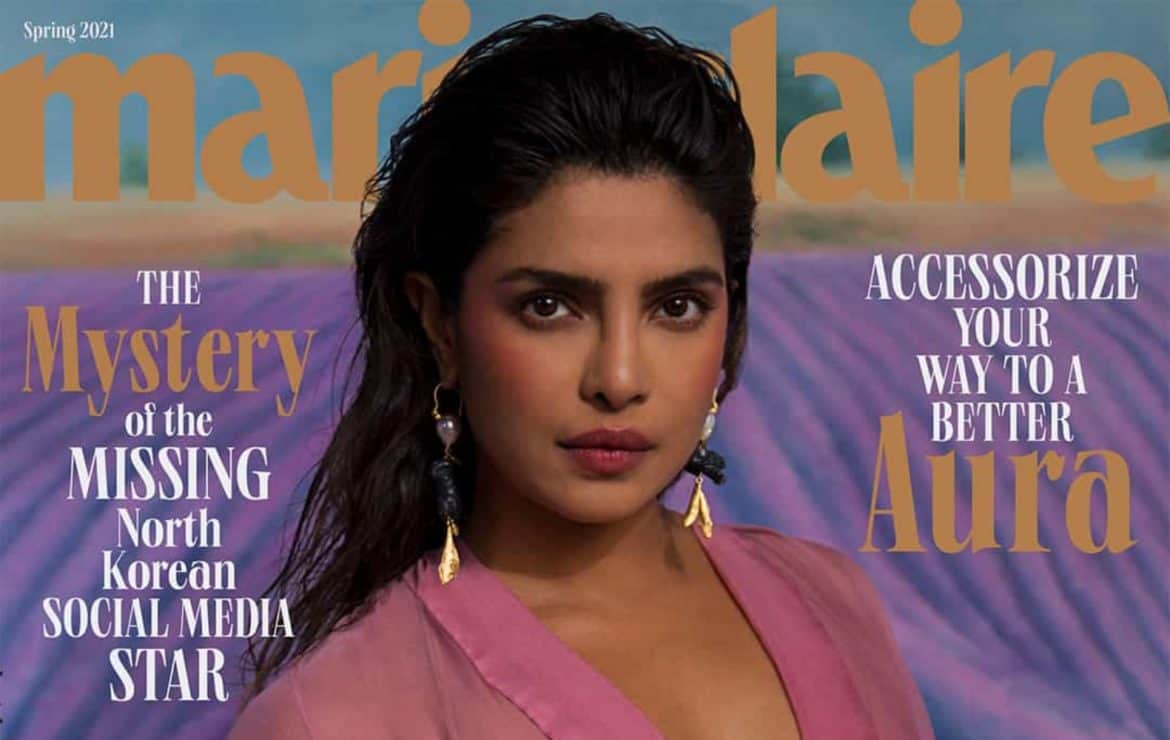 Spring is en route—and who better to usher it in than Priyanka Chopra Jonas on Marie Claire’s latest cover! Inside the new issue, the actress and entrepreneur dishes on her latest role in Netflix’s White Tiger and reveals her full slate of upcoming projects, including several films, a haircare line, and her debut book. (We’re tired just thinking about it!)

The 38-year-old former Miss World winner told writer Priya Rao how she’s kept busy during the pandemic. The actress, whose star has been rising since she was 18 years old, may have had a rare break due to COVID, however, she soon discovered that having too much time on one’s hands can lead to a desire to return to working life again.

“It was the opposite of what I would normally do. I love staying in bed in pajamas. It’s my favorite thing,” she said. “But when I had so much time to do that, I didn’t want to do it as much. I saw myself craving a routine.” … We can relate! 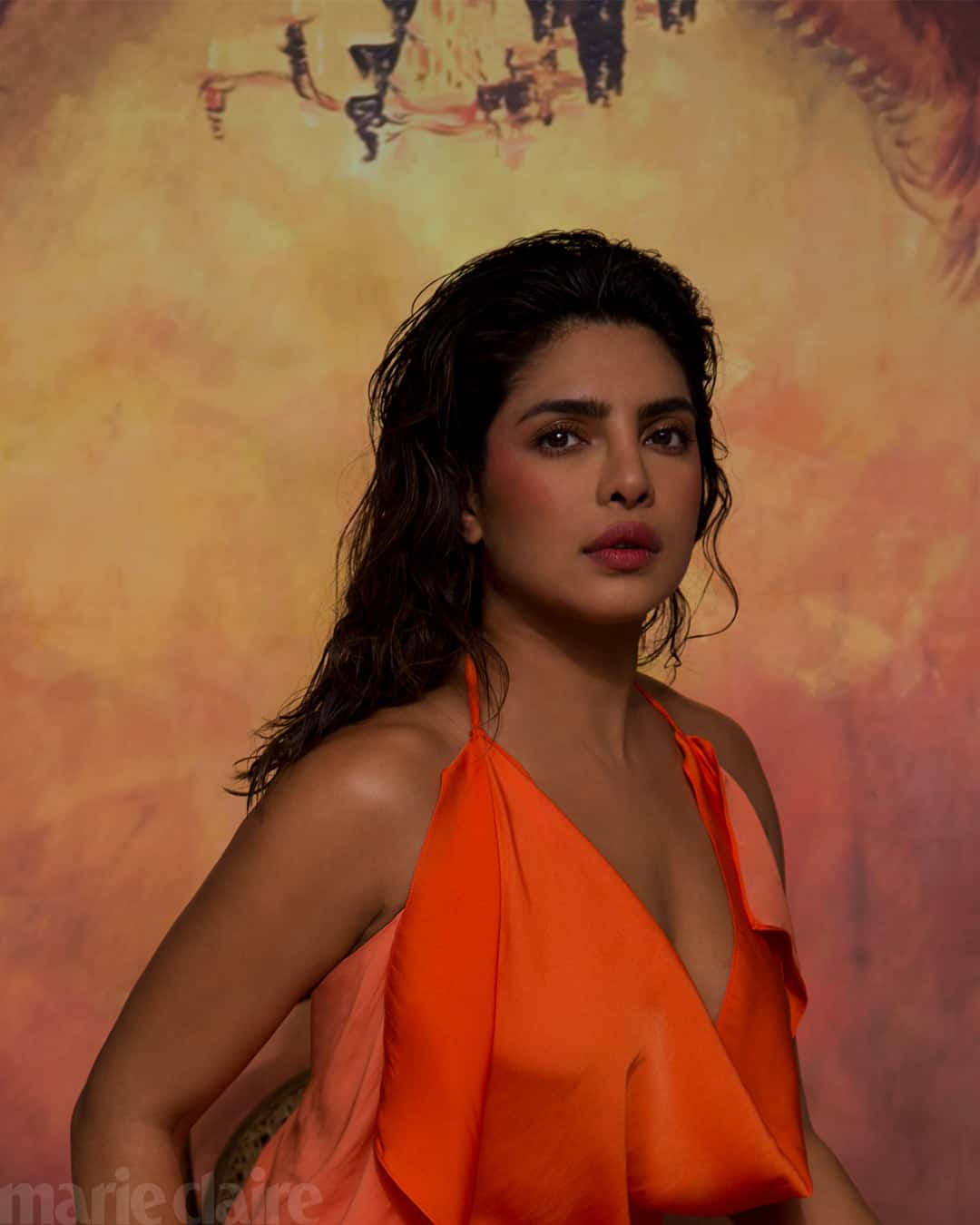 Of course, Chopra Jonas’ interview also covers her Bollywood past and relationship with her heartthrob husband, singer Nick Jonas. Here are more highlights from her Marie Claire interview:

On quarantine bangs: “It was one of these quarantine decisions, which I could have completely regretted, but I play a sad writer in this next movie,” says Chopra Jonas as she fluffs the hair on her forehead. “I don’t know why, but I feel like ‘sad writer’ means bangs.”

On quality time with Nick Jonas: “Both of our schedules are so crazy individually that there was no world in which we would have ever had six months together. It only took a global pandemic for that to happen.”

Yes, she reads the comments: “I am just like everyone else. In the morning when I’m driving to work or I’m having my coffee, I’m flipping through Twitter, Instagram, the news, and when my name pops up, I’m like, Alright, what are people saying? How are we feeling?” 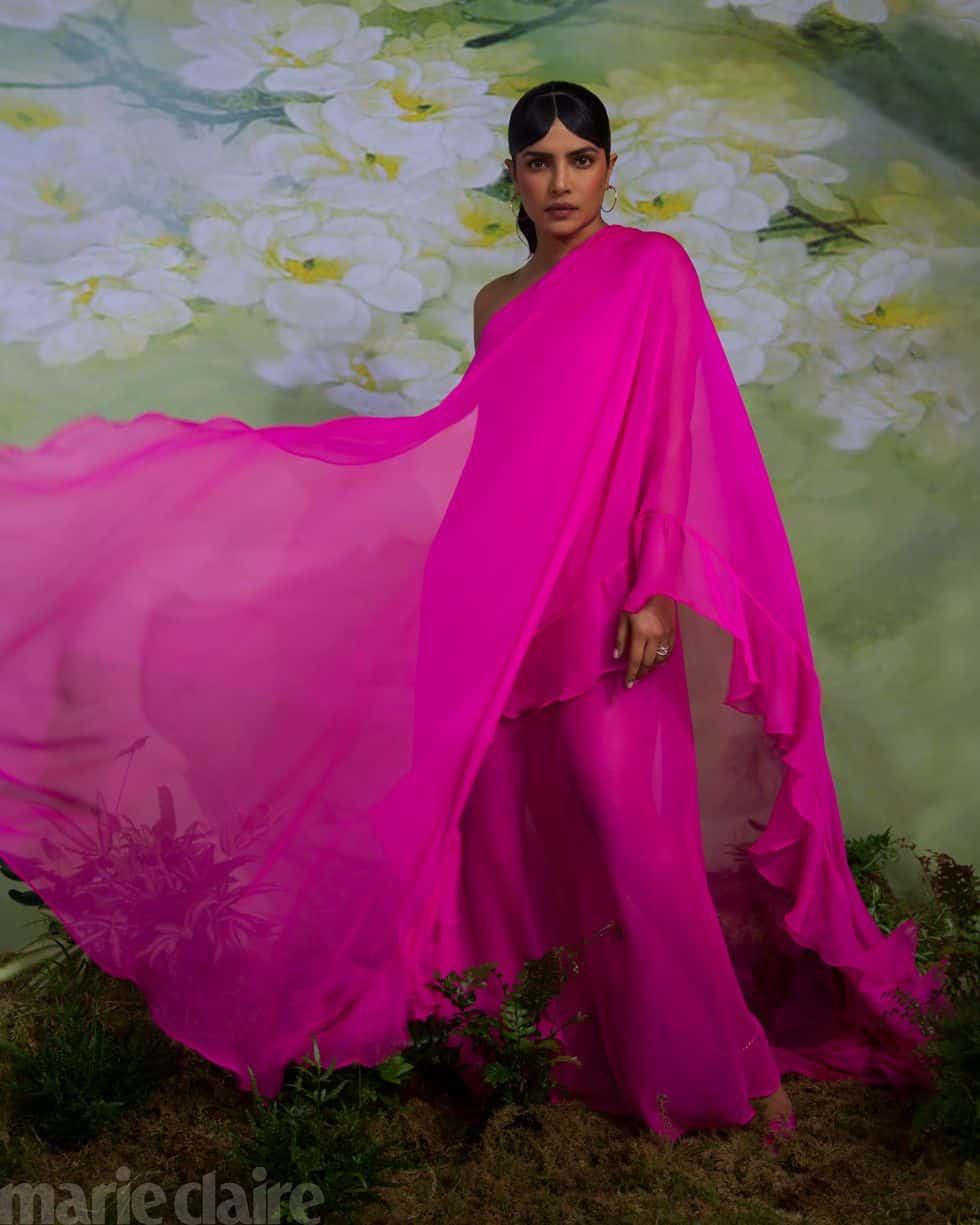 On independent thinking: “My dad used to say to me, ‘Whether or not you do something about your opinion, you need to have one. You always have to have an opinion,’” she says. “It inculcated independent thought.”

Taking pride: “For that girl who was so scared, I’m proud of the person that I evolved into. I dealt with a lot, and I came out thriving. I want little girls around the world to think about that. It doesn’t matter where you come from; it doesn’t matter what your circumstances are. Your grit matters, your ambition matters, your perseverance matters.”