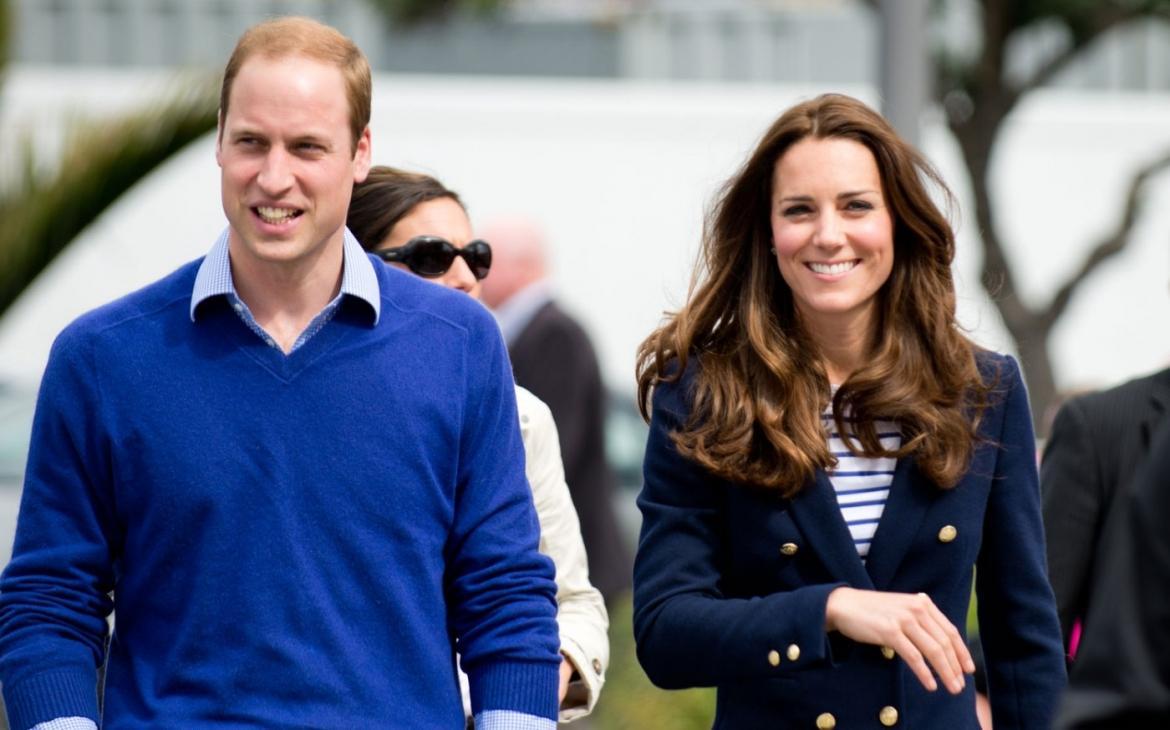 Prince William and Kate Middleton Welcome Their Third Child
It’s a boy! Kensington Palace announced today that Prince William and Kate Middleton gave birth to a healthy baby boy this morning. “Her Royal Highness The Duchess of Cambridge was safely delivered of a son at 1101hrs. The baby weighs 8lbs 7oz. The Duke of Cambridge was present for the birth. Her Royal Highness and her child are both doing well,” the palace tweeted at 8:03am. “The Queen, The Duke of Edinburgh, The Prince of Wales, The Duchess of Cornwall, Prince Harry and members of both families have been informed and are delighted with the news,” they added. The baby’s name has yet to be revealed but British betting agencies have Arthur, Albert, and Philip in the top seats.

Her Royal Highness The Duchess of Cambridge was safely delivered of a son at 1101hrs.

The Duke of Cambridge was present for the birth.

Her Royal Highness and her child are both doing well.

Rihanna To Launch Lingerie
Badgirl RihRih is coming out with some bad girl skivvies — Rihanna announced over the weekend that she had a lingerie line in the works. Speculation was swirling on Friday after the singer started a new Instagram account @savagexfenty, cryptically teasing a new project on the channel.

But the big reveal came on Saturday.  “We bout to light this up sis!🔥 . . . introducing @SAVAGEXFENTY lingerie coming soon,” Rihanna wrote in a post with a spliced video of models in pale pink lingerie. She also posted the video on her own Insta handle. To date, it has 2.34 million likes.

Sis said we bout to light this up! 🔥U ready for #SAVAGEXFENTY lingerie? Sign up at SAVAGEX.com

RihRih is the latest celeb to get into the underthings game — it was just revealed on Friday that Kim Kardashian West will be coming out with her own intimates and shapewear line, which is said to be out by the end of the year.

Virgil Abloh Documents His First Day at Louis Vuitton On Insta-Stories
Virgil Abloh fanboys and fangirls got an insider look at the designer’s first day at Louis Vuitton via the house’s Insta-Stories over the weekend. In the 2:46-minute clip, reposted by Hypebeast, Virgil is seen entering the Paris atelier, unpacking his belongings at his desk, and settling in. We see the news menswear artistic director take what seems to be his first meeting with the studio staff, during which the designer tells the room: “The biggest goal … is to start so people can understand the new vocabulary, who we are as this new team.  What will be the introduction into this new vocabulary is this sort of universal but non-oversized fit. The lineage of the craftsmanship of the trunk, I want to introduce a hardware that’s native to the garment.”  His approach aside, we also learn that even big-time designers have to acclimate to a new office. At one point during the clip, Abloh turns to the camera and asks: “What time does everyone eat lunch?”

Your first day at work can be nerve-racking. See how @virgilabloh spent his first day at @louisvuitton. pic.twitter.com/Lh3aSdX8Nq

The Internet Is Losing It Over This Picture of Melania Trump with the Bushes, the Clintons, and the Obamas
A photo of Melania Trump posing with the Bushes, the Clintons, and the Obamas has the Twittersphere in a tizzy. Attending the funeral of the late Barbara Bush this weekend, the First Lady looked more than happy to put politics aside and pose alongside Barack Obama and Michelle Obama, Bill Clinton and Hillary Clinton, George W. Bush and Laura Bush, and George H.W. Bush for a photo.

I love this photograph.

Commenters had a laugh imagining how happy the First lady was to be away from her husband. “Melania looks happier at a funeral than she has in ages,” @scottfrazier19 wrote. What’s more, a shot of First Lady Trump sharing a quiet laugh with President Obama during the service only fueled the commentary. “Do NOT tweet this photo to @realDonaldTrump,” @bobcesca_go wrote. “He’ll hate knowing that the first time Melania cracked a smile in years was during a quiet chat with Obama.”

Do NOT tweet this photo to @realDonaldTrump. He'll hate knowing that the first time Melania cracked a smile in years was during a quiet chat with Obama. pic.twitter.com/4JwBHGUcP5

Alison Lou Launches LOUCITE, A Hoop-Centric Diffusion Line
Fine jeweler Alison Lou has launched a 12-piece diffusion line, comprised of colorful Lucite and enamel hoop earrings. ““LOUCITE is a natural extension of Alison Lou. It showcases the playfulness at the core of my
brand and has allowed me to explore new forms of creative expression,” Alison Chemla, creative director and designer of Alison Lou, said in a statement. Emily Ratajkowski stars in the campaign for the range, which prices between $125 and $395. 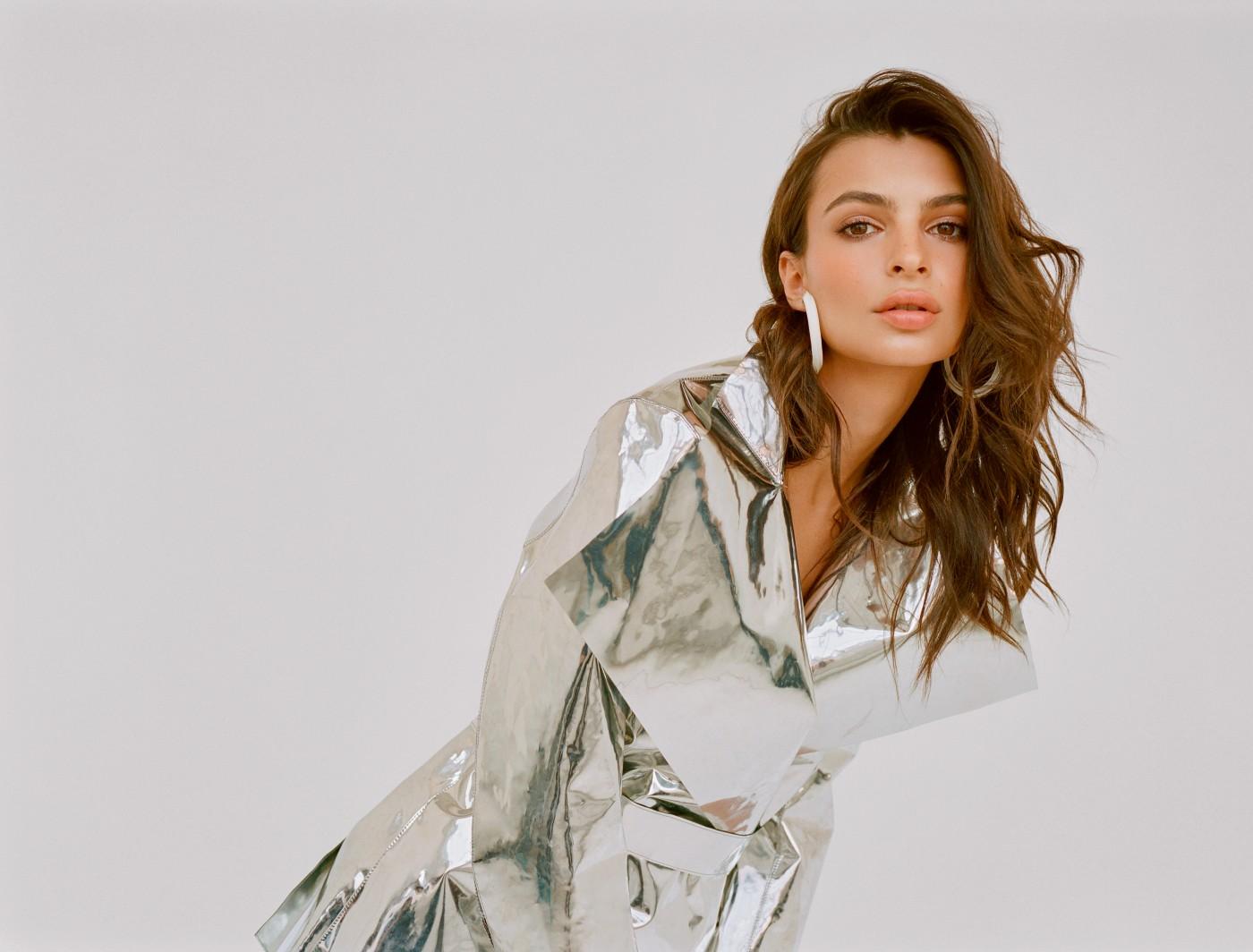 Stella McCartney Implores Fashion To Adopted Cleaner Production Methods (Business of Fashion)
Stella McCartney told the BBC Friday that the fashion industry’s medieval production methods are having catastrophically negative effects on the environment. McCartney, known for resolute veganism in her work, said that the sheer volume of stuff is problematic. “If you think about how much fashion there is, whether it be luxury or fast, it is sort of swamping the planet,” she said. The Brit designer was doing press ahead of the opening of the “Fashioned from Nature,” exhibition at London’s Victoria and Albert Museum. The exhibit exposes fashion’s history of plundering the environment for product and the few attempts by designers to try to implement other sustainable measures. McCartney says she herself is aggressively pursing more environmentally-sound methodologies. “In fashion we only use about 10 materials, I’m trying to challenge that,” she said.”I’m trying to look at technology, I’m trying to grow silk in a lab, I’m trying to use dying in a whole new way and I don’t think you can tell the difference. It is science, but it is sexy science.” The designer is also partnering with TheRealReal for an Earth Day-initiative, promoting recycled fashions.

We're partnering with @TheRealReal this #EarthDay to promote circularity in fashion. Get involved and earn $100 to spend in-store when you consign any Stella McCartney item with @TheRealReal. . #StellaMcCartney #StellaCares @MaryCharteris @LauraBaileyLondon