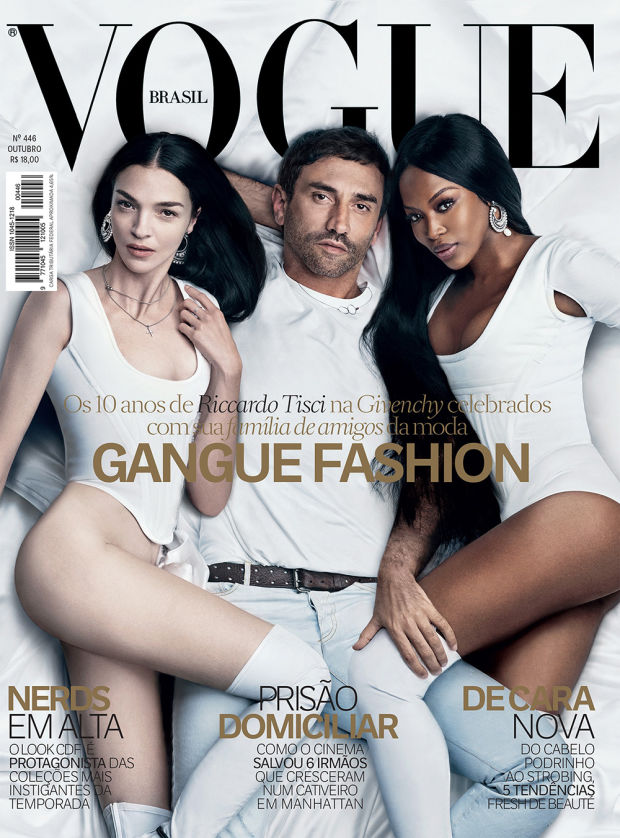 Riccardo Tisci‘s transformation to bona fide celeb continues with the designer appearing quite cozy on the October cover of Vogue Brasil with Mariacarla Boscono and Naomi Campbell. The Givenchy designer, who celebrates his 10th year with the house this year, has also recently reached an impressive 1 million followers on Instagram. To put that into perspective Marc Jacobs, a relative newcomer to the Instagram party, boasts 307K+ followers on his personal account, Jeremy Scott is at 1.1 million, and Rebecca Minkoff has 500K+. Tisci is currently in Milan getting ready to celebrate a new Givenchy flagship he designed from head-to-toe on the Via Montenapoleone. Tisci, who works hard and plays hard, will be celebrating tonight with a party to show off the new digs with a rumored performance by Nicki Minaj.