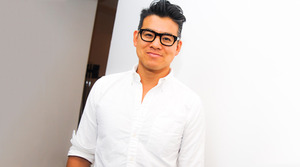 (NEW YORK) The show will go on! While Peter Som won’t be sending his latest designs down a live runway, the designer will be showing his latest collection on DigitalFashionShows.com. The platform, which was created by KCD in conjunction with King + Partners, has spared some designers the expense and hassle of creating live shows. While it’s not intended to replace the live show, it’s proven to be a useful alternative for those not ready for the full production. Who’s in the mix? Joining Som in the digital realm this season: Pierre Balmain, Alexandre Plokhov, and a Parisian designer that has not yet been announced. We’ll take Som however we can get him, s’il vous plaît!