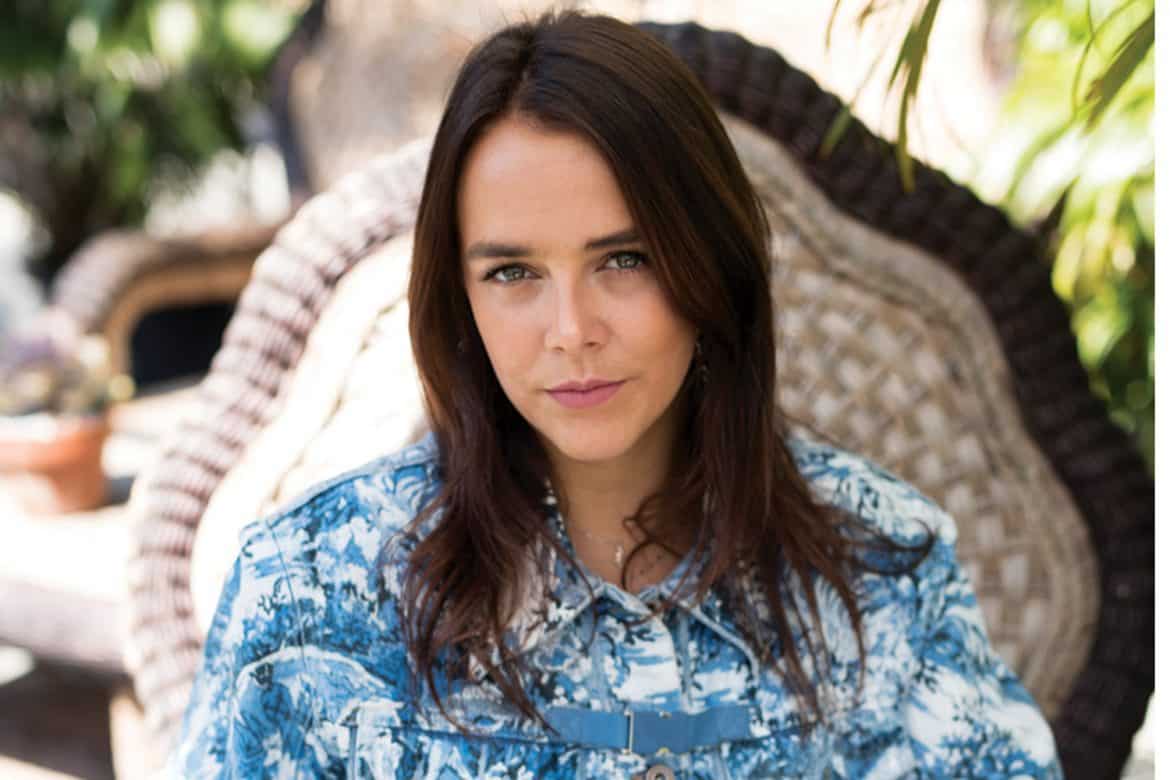 We couldn’t really guess what the daughter of Princess Stéphanie of Monaco—and granddaughter of the iconic Grace Kelly—would be like when she agreed to sit for her first major interview in the States, but color us charmed. Meet 24-year-old Pauline Ducruet, who might have royalty in her roots but is as down-to-earth as they come. At haute spot Gitano, Ducruet chatted with The Daily about her fashion ambitions, and how a stint in the circus kept her out of the limelight growing up.

What was the internship?
Vogue.

Did they make you do coffee runs?
Yes, of course. It was still such a fun experience.

Were you intimidated on your first day?
Yeah. I came straight from Paris. I had never been to New York in my adult life, and I came here and didn’t know the city at all. I was so impressed by Vogue. The first time I walked into Condé Nast, I was like “Wow!”

You grew up in France. What made you stay here?
I fell in love with the city. I tried to find any way to stay here, so I went to Parsons for two years and graduated in December. I always wanted to be a fashion designer so I went there, and it was a really practical education of sewing, pattern making, draping, a lot of drawing, print making, and knitting. 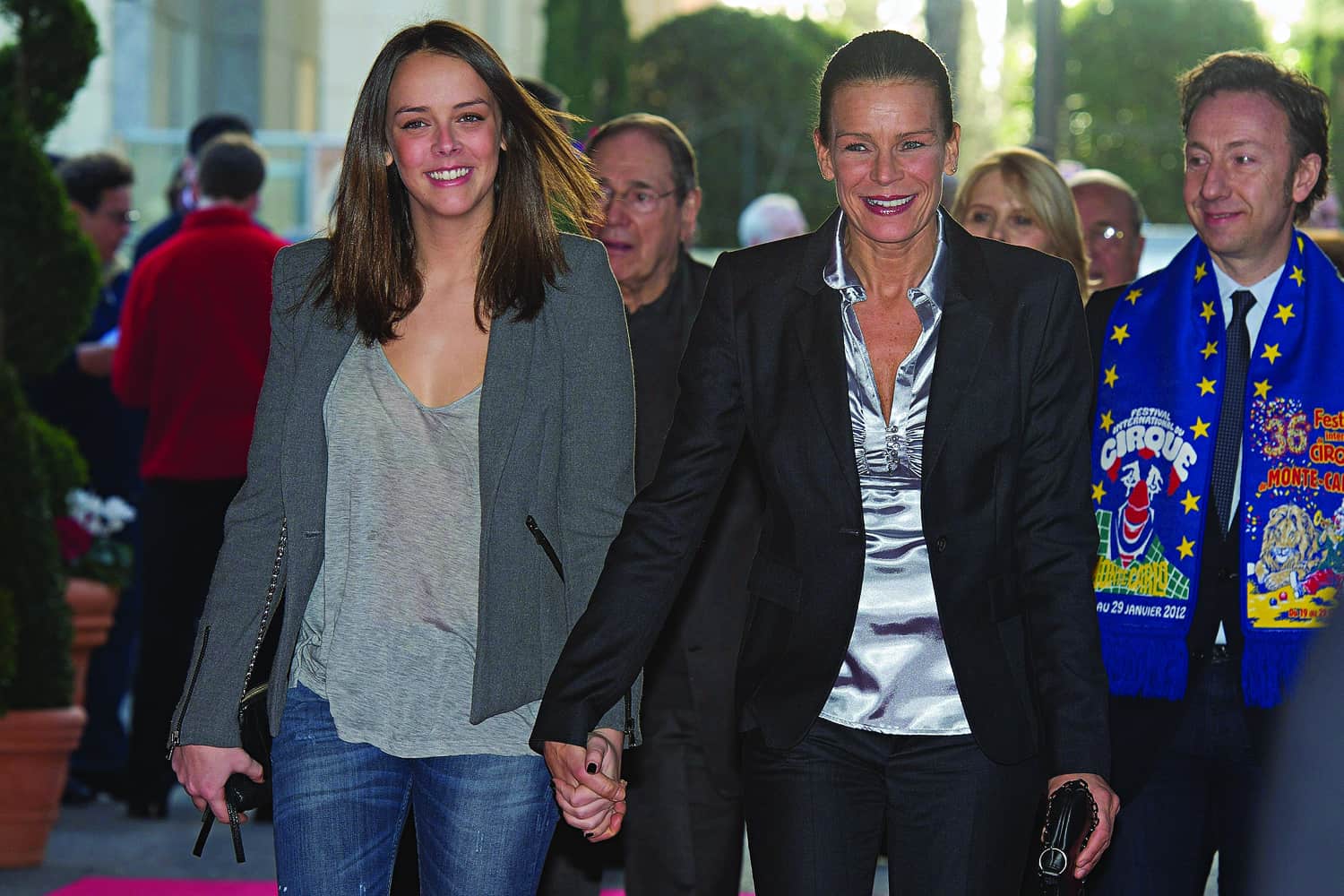 What’s your plan now?
I’m working on creating my own brand. It’s a lot of work. I didn’t know it was going to be that much of a struggle. I’m persevering. This is what I really want to do. I can’t see myself doing anything else. Being a designer has been a dream since I was a kid.

What are you going to call your line?
I don’t have a name yet. I have a few ideas. Because I have a French background, I want it to be pronounceable in French and English, and it means the same in the two languages.

You should call it “Croissant!”
Exactly! [Laughs] I can’t deal when people can’t say the names of the French designers.

What’s the aesthetic going to be like?
It’s going to be unisex, so basically anyone can wear it and you can make it your own. I love men’s clothes. I love a good suit. I think it’s really sexy for a woman to wear men’s clothes and vice versa. I don’t want to be in a women’s shop or a men’s shop. Girls can dress as boys and boys can dress as girls. It’s okay. You do whatever you want.

You were at the couture shows this year. What did you go to?
Dior, Giambattista Valli, Dundas, Iris van Herpen, Armani Privé, and Valentino. I love going to shows. These were so intimate. 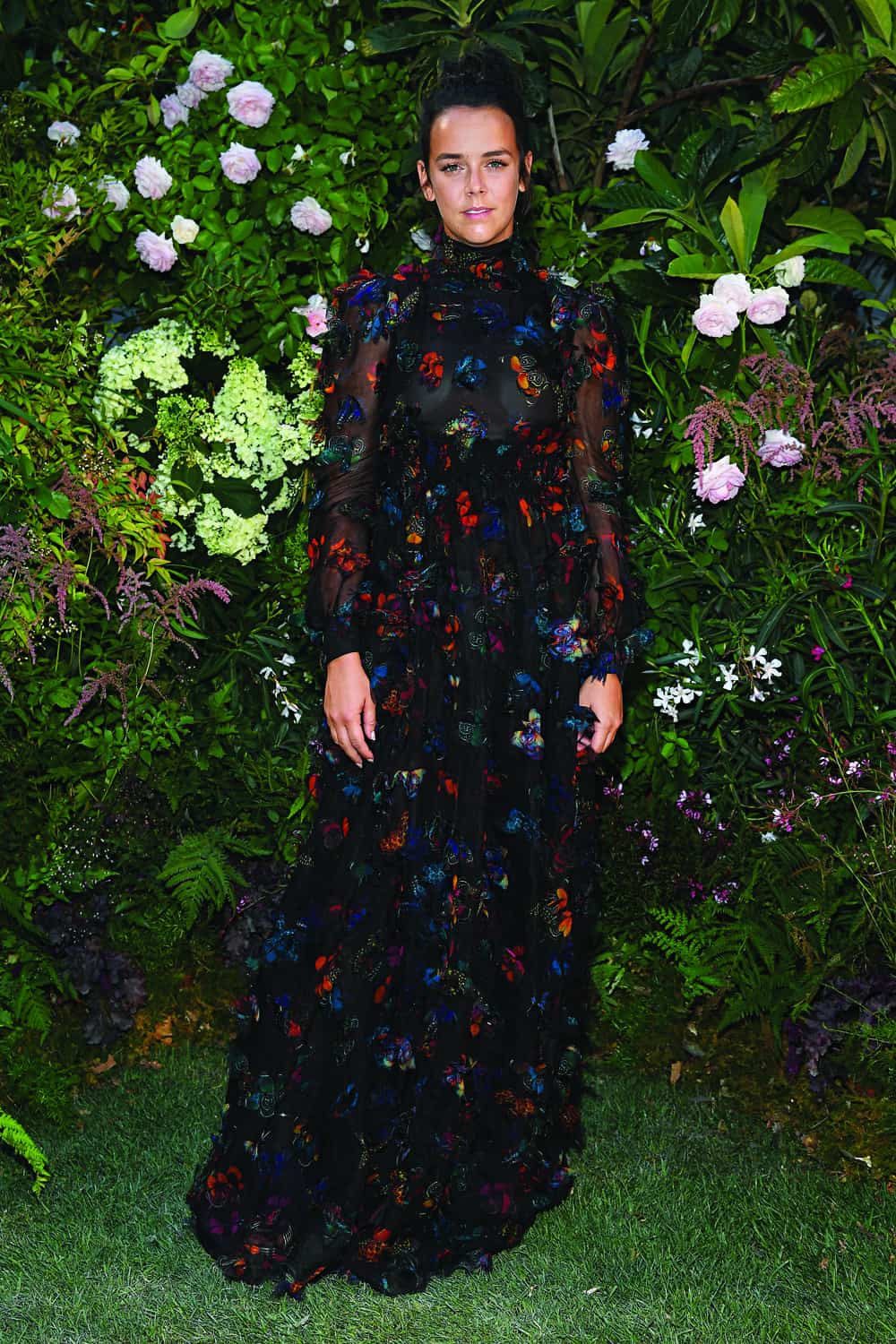 And now you’re back in New York for Fashion Week. What do you like about living in New York?
I grew up between Monaco and Paris. It’s so different. Here, you can go out wearing pajamas or super dressed up, and nobody is going to care about what you’re doing. They accept whatever you do or wear. There’s also so much to do and so much inspiration everywhere.

Are there paparazzi around your family in Monaco all the time?
It’s [legally] not allowed there. It’s more private for me here. I get to walk around without anybody bothering me. Now I have my own life and my family comes to visit me.

We heard you moved into a new apartment and your mom helped you decorate it. Where did you shop?
Restoration Hardware. I wanted the Cloud [sofa] so bad. It’s this huge sofa that’s so comfortable. It’s like sitting on a cloud. It was my dream to have it. Since I moved here, I’ve had a few apartments, but now I really want to settle down.

You’re only 24 but already have a Wikipedia page. Do you ever read it?
No, I haven’t read it since I was 18.

Tell us everything!
My mom was the director of a circus in Switzerland, and we lived there for two years, and it was the best experience I could have had as a kid. I went to school in the morning and spent the afternoon taking care of the animals. I was hanging out with people from all over the world. The elephants were intimidating at first, but it became my everyday life. 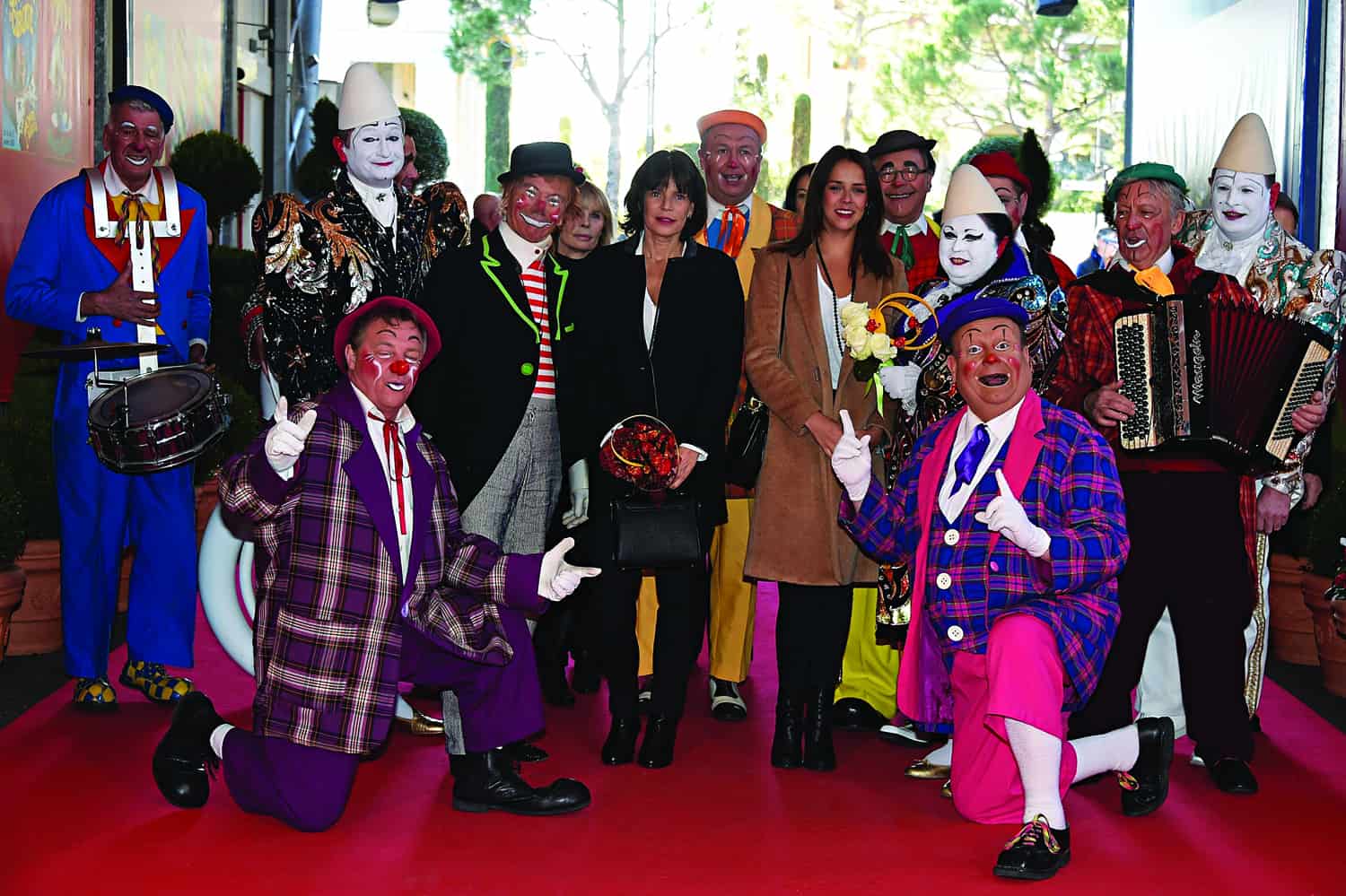 When did you realize that your mother was who she was?
It wasn’t until we came back to Monaco after the circus. I always knew, but I really realized it when we came back and saw the big deal she was there. She was going to all these galas and wearing gowns and I was like, “What are you doing?” We were working in the circus and suddenly my mom was wearing gowns?

What have you learned from her about fashion?
It was always part of the discussion with her. We would go shopping and she would suggest colors, and I had my own opinions from a very young age. She would show me something and I would say, “Nope!”

Your grandmother was Grace Kelly. She died before you were born, so how did you learn about her? Did you read books about her?
Most of the things that I know about her and stories that I’ve heard are from my mom. It was the mother of my mother story. She would talk about how she was as a mother and not as the big actress that she was. After awhile, I got to know who she was as an icon, and I’m so proud of this. 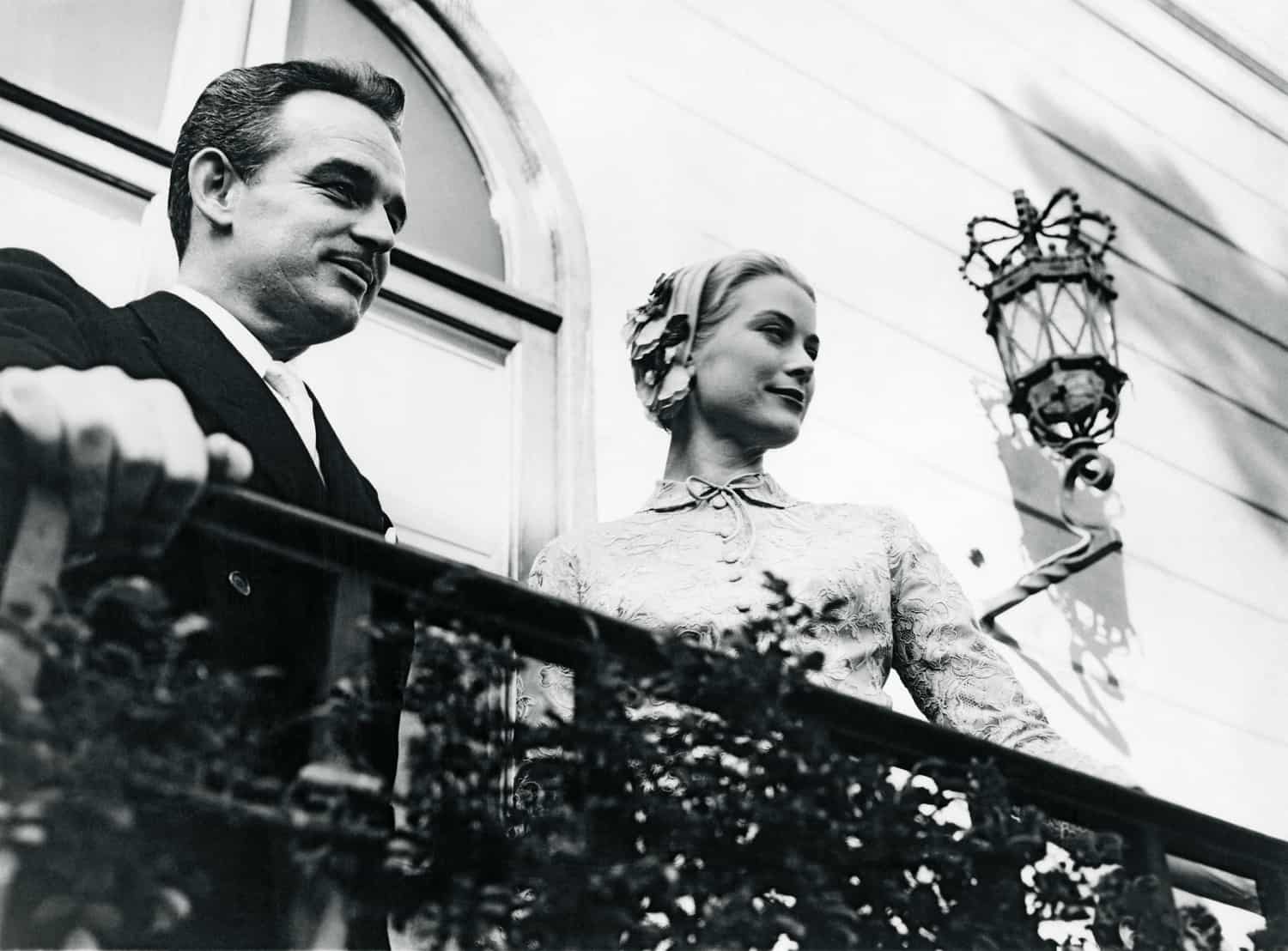 Prince Rainier and Grace Kelly at their wedding in Monaco, 1956.

What are some of your favorite movies that she starred in?
Rear Window. Whenever it was on TV, my mom would sit us down and make us watch it.

Do you look at your grandmother and see yourself ?
I’ve been told I look like her a little bit, but I feel like my sister looks more like her. 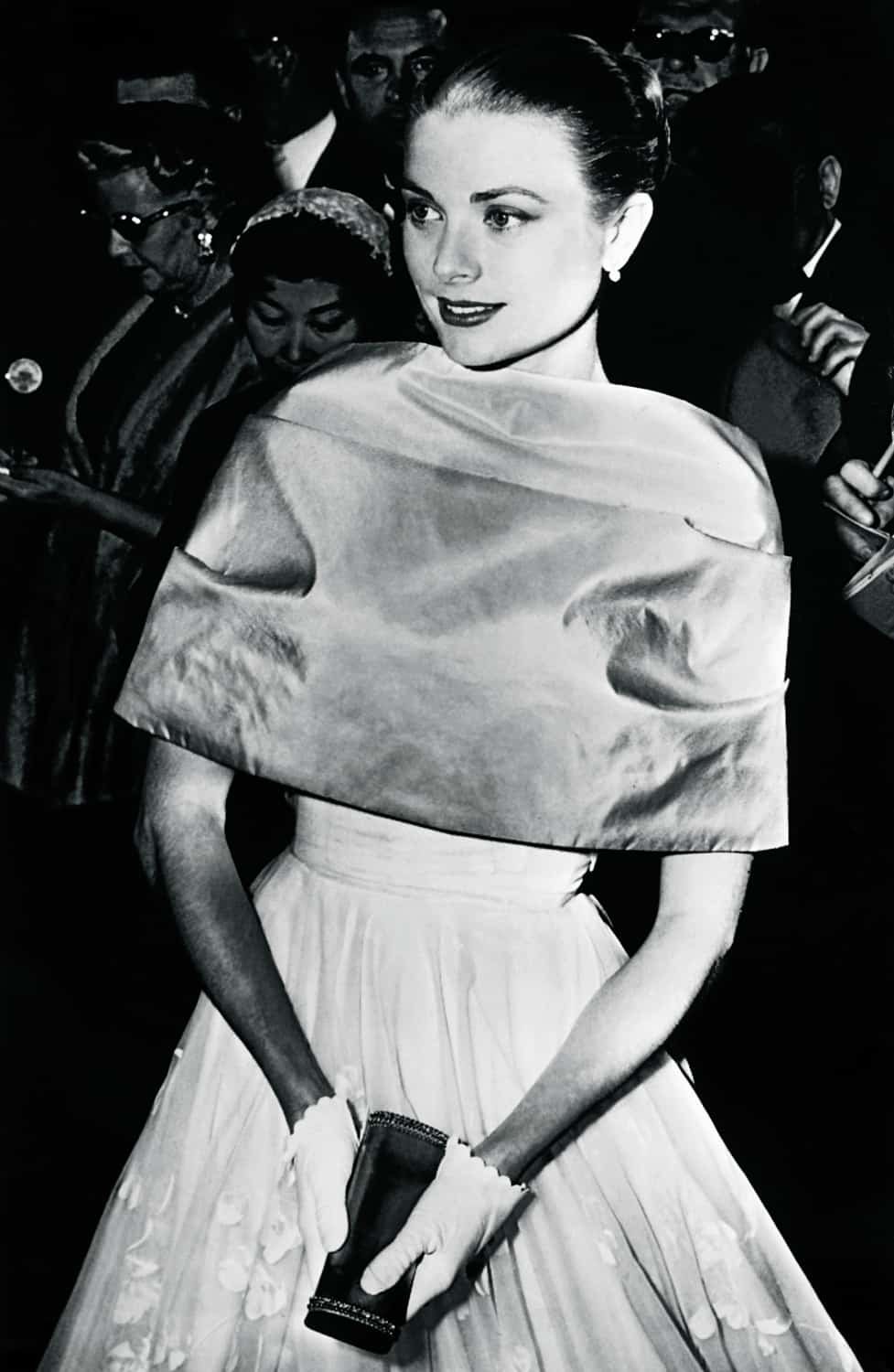 What are your goals? Do you want to be a socialite?
I want to have my own brand and to be respected for what I do. I wouldn’t mind going to a few parties, too! I’m really social. I love meeting people.

There’s a lot of interest in your family. Do you mind those kind of questions?
Of course people are going to ask me about my family. If I am where I am now, it’s not because I did something special. Not yet! I don’t mind it. I’m 24, but I don’t want to live in the shadow of my family my whole life. I want to do something good enough that people remember me for what I did.