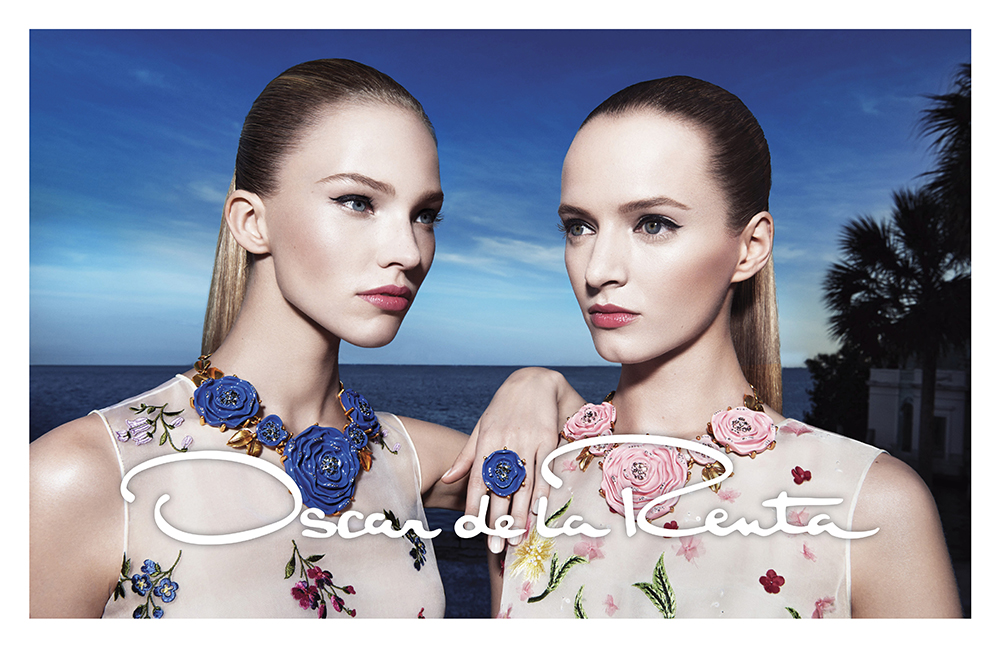 What’s the perfect antidote to a chilly January morning? The arrival of the Spring 2015 Oscar de la Renta ad campaign. Mods Daria Strokous and Sasha Luss share the spotlight in this campaign, which features pieces from the last collection crafted by the late designer. The girls were styled by Natasha Royt in springy green gowns, prim pink coats, beautiful florals, and lace, and photog Steve Hiett captured the romantic shots in Miami. if you want to place dibs on any of the gorgeous pieces in the ads, head over to the OdlR site to place your pre-orders, maintenant.

In other de la Renta news, the SCAD Museum of Art will be honoring the designer with an exhibition of his creations, opening on February 3rd. André Leon Talley curated the exhibit, and the family of the designer is on board as well: Annette de la Renta and Eliza Bolen have donated personal pieces to be put on display. Also on show? Gowns worn on the red carpet by the likes of Nicole Kidman, Sarah Jessica Parker, Taylor Swift, and Hillary Clinton. Additionally, Talley is working on a Rizzoli tome titled Oscar de la Renta: His Legendary World of Style, which will be published this September.