Olympian Ibtihaj Muhammad on the First Barbie to Wear Hijab 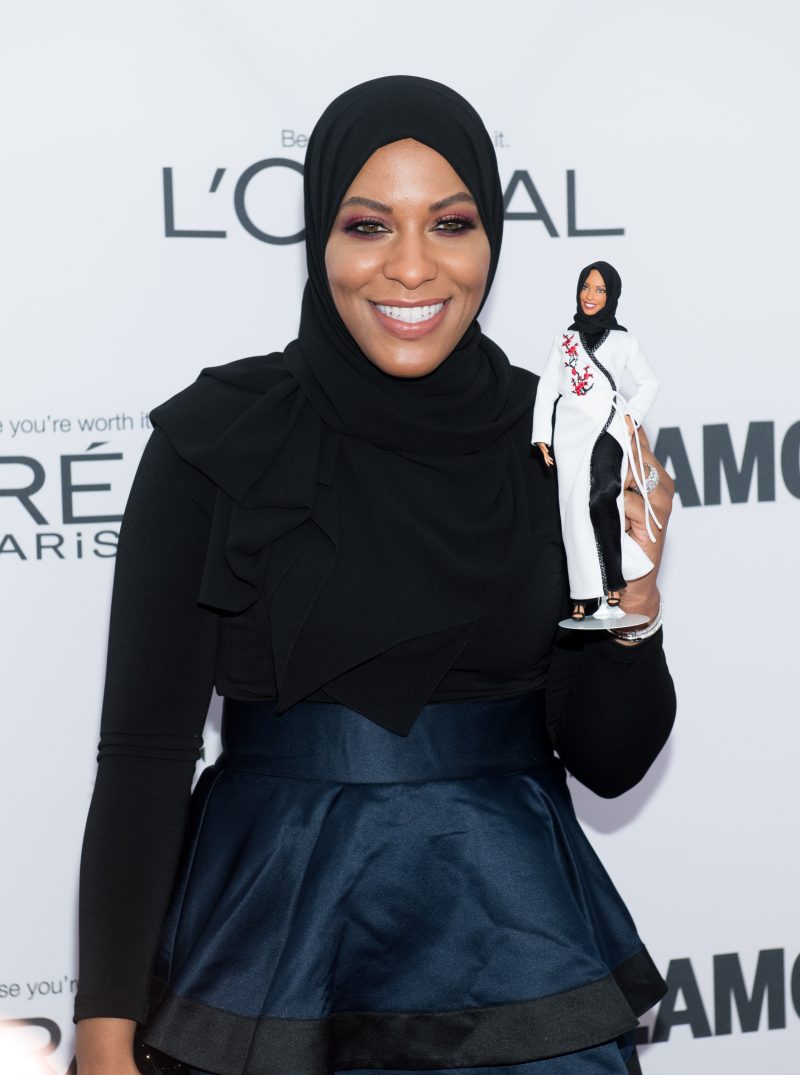 A new Barbie is entering Mattel’s world, and for the first time in the iconic doll’s history, she’s wearing a hijab. The Barbie is the newest addition to the brand’s Shero program, which honors admirable women. This year’s honoree? Fencer Ibtihaj Muhammad, the first Muslim woman to compete in the Olympics while wearing a hijab. Muhammad brought her doll as her guest while walking the red carpet at last night’s Glamour Women of the Year Awards. Naturally, we had a few questions:

Your Barbie came out today! How does it feel to see it come to life?
When I found out that I was getting a doll, it was like a pinch-me moment. I was at Mattel a couple of weeks ago, and they told me they were putting the doll into production, and I started hysterically crying to the point where I had black eyeliner dripping down my face.

Why was it such an emotional experience?
Not everyone who gets a Barbie has their doll go into production, so it was exciting not just for me, but for each of us. It caps a wider net in terms of inclusiveness. More young girls can feel included when they purchase a Barbie doll.

What’s the story behind Barbie’s outfit?
It’s a version of one from my clothing line, Louella, which I wore to the ESPYs earlier this year.

Were you Barbie-obsessed growing up?
I was playing with Barbies probably until I was a little bit too old. I think I was like 15 when I stopped playing with dolls. I really enjoyed Barbies, and a lot of it had to do with just having an active imagination and creating different stories.

Have you found her a Ken?
Not yet, but she’s looking. If you know of anybody, let me know!