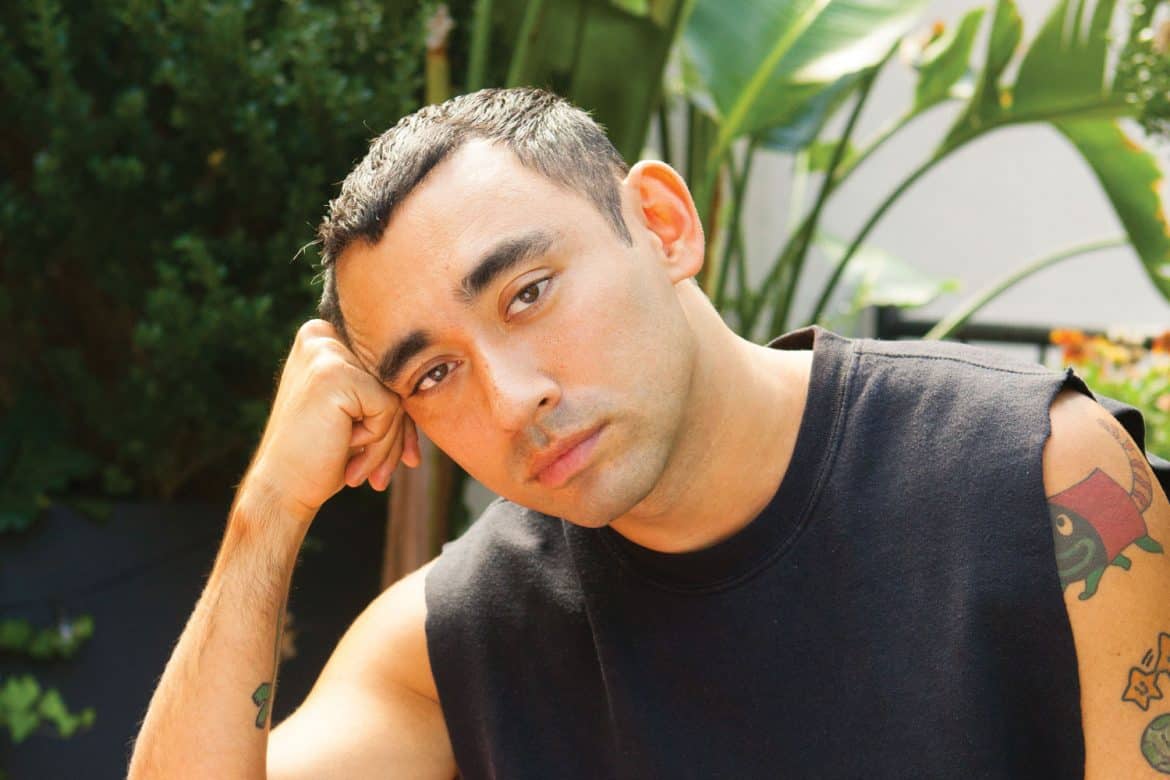 As he tends to the blockbuster growth of his Nicopanda brand and reunites with creative soulmate Lady Gaga, the always surprising and occasionally controversial Nicola Formichetti is an artist at the height of his powers.

Have you always been able to identify talent before the rest of the world catches on?
I’ve never been afraid of listening to my own intuition. I’m a good listener, and I research a lot. I never went to college, but I study what’s happening in the world, and I listen to friends. In the end, I always trust my gut. Sometimes it’s against the norm, but if I feel it’s right, I do it.

Which designers and artists did you precociously know would really blow up?
When I lived in London, I loved working with young designers. I worked closely with Kim Jones, who’s now at Dior, and Gareth Pugh, who’s a visionary. When I first met Gaga, she had just done “Just Dance,” and she was big in a culture sense, but none of the people around me in fashion knew who she was. I thought I could merge fashion and music together, and we did something really amazing. At the time, it was unheard of for a fashion person to work with music people. It feels like such a normal thing today. But seven years ago, no one did that. Music stylists were just doing music people, and fashion stylists would never touch music people. I loved her and wanted to work with her, even though those around me were not really supportive.

They weren’t?
No! My friends were, but it was difficult to get clothes from brands for her. One of the reasons she wore a lot of Alexander McQueen at the beginning was because he believed in her. He would let her have whatever she wanted. Other brands weren’t sure.

Do you hold a grudge against those skeptical brands?
Of course! I remember everything. [Laughs]

We won’t name any names, but you know who you are!
Now, they’re begging to dress her. 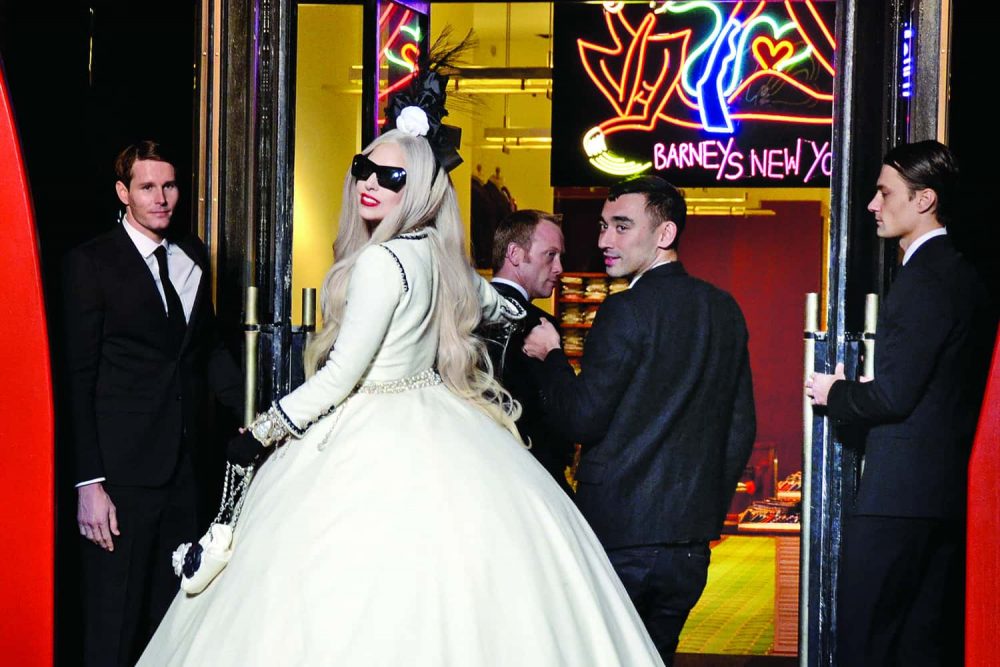 What brought you and Lady Gaga back together, professionally?
We always kept in touch. She’s always supportive of everything I’ve been doing since I stopped working with her. I stopped working with Diesel, and wanted to concentrate on my own things, like Nicopanda and other projects. I was being free, reading, experiencing life. I had been so crazy busy in the past five years that I didn’t have time for myself. I was in this state of meditating and traveling. [Gaga and I] started chatting. I feel like we’re in sync. When we work together, magic happens. I can’t explain how. We take it to a whole other level, and I missed that. She’s an incredible creative, and she also works with other creatives really well. She had to do her own thing, and I had to do my own thing. It’s been a few years since we’d worked together, so she said, “Let’s get together and see what happens.” We started meeting up a lot, talking, doing photo shoots, and coming up with ideas.

Will you bring her back to the Gaga we knew when you first worked with her?
No. She always moves forward. She’s evolved, and so have I. It’s going to be something fun, for sure. People are already going nuts over the image that came out. We have to do it for the culture—for the gays and everyone else!

Did you always sense you’d work together again?
In some capacity, yes. It’s as if we never left each other. After five minutes, we came up with everything, and now we have to execute it. She has a Vegas show coming up in December, and A Star Is Born is coming to theaters in October. She’s so diverse.

How has Nicopanda evolved over the years?
I started it as a hobby project. It wasn’t really a business, but through the years, I saw potential for it to be really incredible. Now, it’s a rebirth. We did a collaboration with M.A.C, which was really successful, and we’re doing a show at London Fashion Week in September. I wasn’t always fully focused on it, and now I am. You’re going to start seeing all the things I’ve been working on in the past few months coming out soon. We’re going to do lots of collaborations. I want to create a solid business.

Do you have any desire to work at a brand like Diesel or Mugler again?
I’ve been working with Uniqlo for the past 10 years. It’s not a secret: I’m the company’s fashion director. I love them so much. They’re Japanese, and it’s an excuse for me to go back to Japan every month. I’m sure I’ll keep working with them forever—I’ve learned a lot about business from them. I’m not sure if I want to work on another fashion brand. I want to make Nicopanda into a global fashion business. I’m interested in lots of things, so you never know. I’d love to collaborate with a technology company like Amazon or Samsung on a deeper level. If I can merge my knowledge of fashion and music with them, it could be really incredible.

Do you consider yourself a mentor?
With people who work with me, definitely. When I was starting out, the London crowd told me I should be myself and gave me the tricks on how to navigate the industry. I try to share that with the younger generation in my own way. 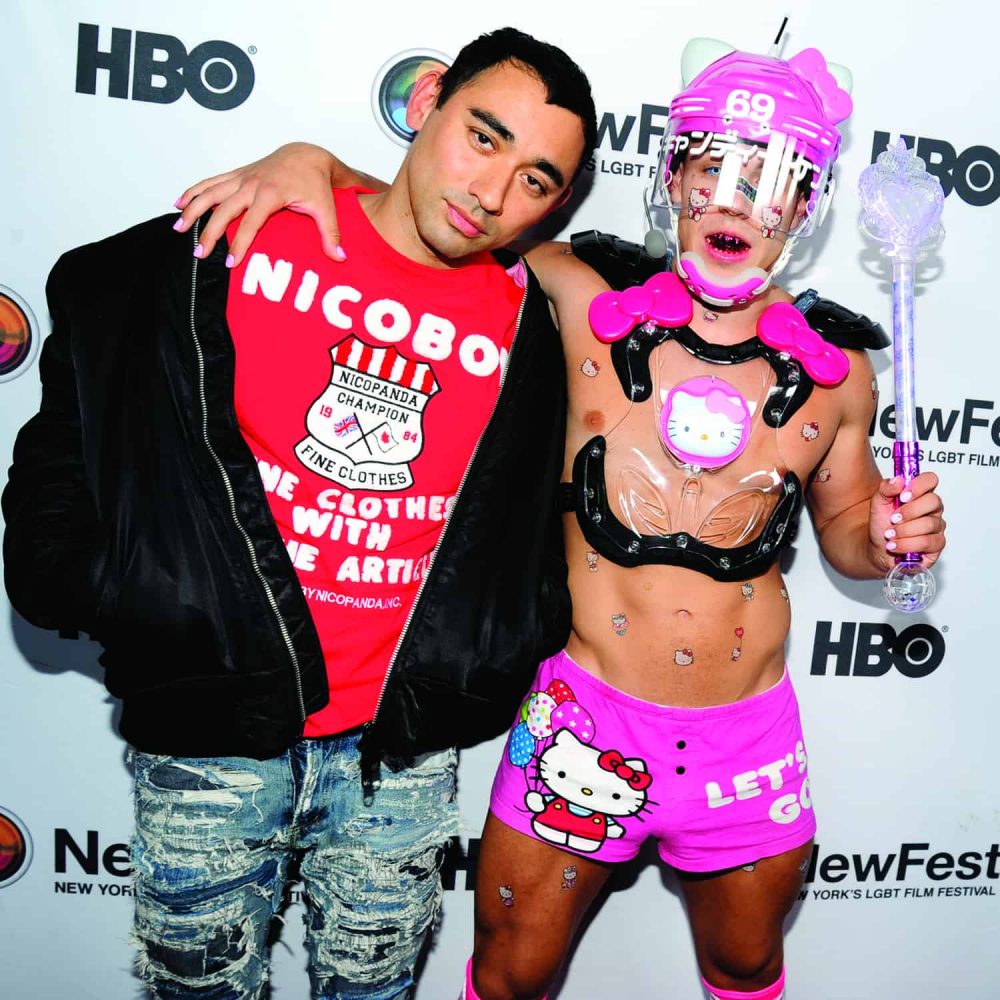 A few years ago, some controversial quotes from you came out in the press. Do you regret any of that?
I was a nobody. I was happy doing my own thing backstage, and then suddenly people had an opinion of me when I became a public figure. It was when Twitter first came out, and I was devastated. People suddenly start commenting on the way I looked. They’d call me ugly or say I was s**t. That was really hard for me. There was a reaction from me toward those people to be like, “F**k you!” I would DM them directly and say, “Who the f**k are you?” I started doing interviews with the press, and I noticed that whatever I said as a joke was taken out of context. Suddenly I sounded like an asshole that I would hate if I saw on the street. People can twist things. I had a few controversial things and after that happened, I decided I wasn’t going to say anything to the press or to people on Twitter. I had enough. At the same time, I had to look at the positive things. There were so many incredible messages and responses from people telling me I inspired them. It was so special. I had to be an adult, and man up a little bit. I realized I had to be responsible for the things that I say. I don’t like to prepare things beforehand and be fake, but I’m a little more careful because I don’t want to offend anybody. I’m more together than before.

You’ve always been on top of social media. What are you into these days?
Instagram became such an incredible resource for me. I find inspiration; I talk to friends. Now it looks like I’m doing a lot on my account, but I latergram a lot. I had to stop Snapchat; I just use it for filters. 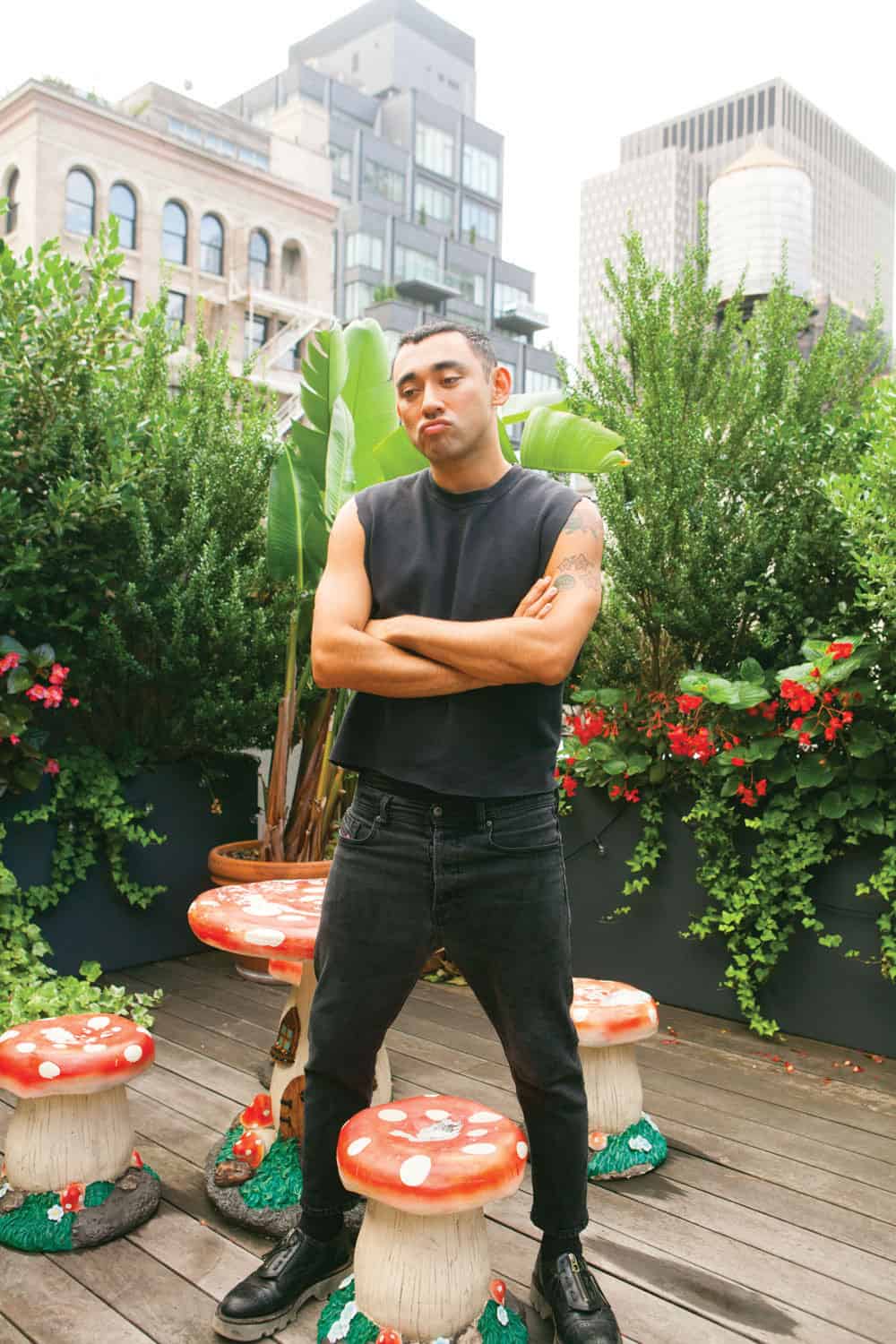 You were one of Instagram’s earliest adopters.
And Twitter! When I did my Mugler show, I had cameras backstage live streaming the whole thing. Today, that feels so normal. Now I feel like it’s an incredible tool, but we’re bombarded too much. I like to step away a little bit from social media and switch off. It’s important to have a digital detox and find things you love without social media. I play the piano, read, meditate, listen to music. Social media creates insecurities: You feel bad about yourself all the time. As a creative, you need moments to yourself to balance it all.

Tell us more!
I want people to have proper skills, and not just be famous for the sake of “Likes.” It maybe worked a couple of years ago, but moving forward, you have to have substance.

What would you like your professional legacy to be?
I’ve done a lot of things, but I can do more. I don’t want whatever I’ve done in the past 10 years to be my legacy. S**t is about to get crazy.

Anything else we should know about you?
Well, I need a husband. I’m all about work at the moment, so love comes later, but I’m always open! If you see me on the street…